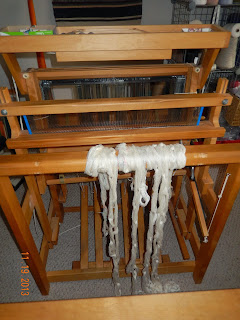 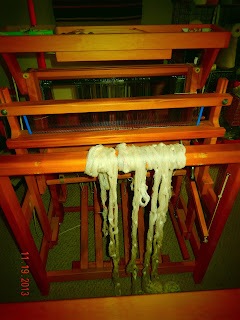 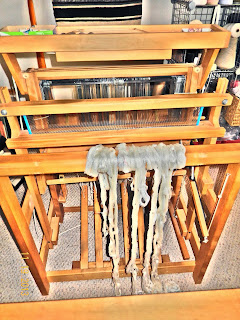 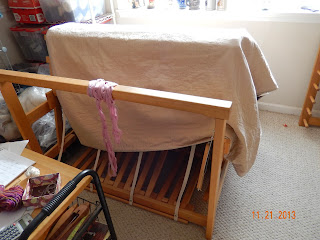 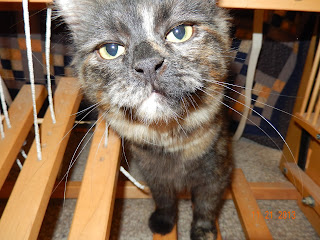 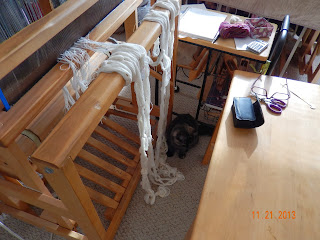 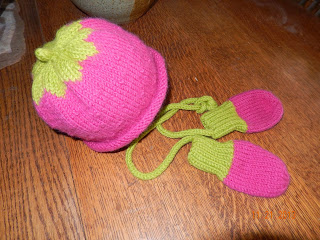 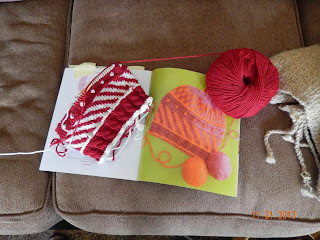 It's months ago since I read blogs (didn't write many either) because I started this year with an accident that will sound familiar to you: I got up at about 4 in the morning, went to the bathroom, fainted, probably hit my head against the tiled edge of the bath an d came to with my face pressed on the tiled floor...
Blood pressure medication could have been the reason of fainting. I had been feeling horrible since I started taking that. Fortunately there was no need for me to go to hospital. I 'just' had a concussion, and, as it turned out later, my skull, just above my eye, was broken. Of course the right side of my face was swollen. It made me feel like doing nothing at all, but in the end the fibers and yarns were caling me. Now most seems back to normal here, although I still get tired in no time. Reading books is great at those times, in spite of eyes closing when you don' expect it... But I did finish the Goldfinch (Donna Tartt) this week.
Hope you'll be able to do most of the things you wish to do. Sorry I didn't read about your accident sooner. I'll certainly think about you and about coincidences.

I'm so happy for you, that you're able to start back at your loom. You'll be back to timer free before you know it!
And the red and white hat is cute. She'll look like an upscale candy cane!

I like the red and while hat a lot. Keep going, please.

The wee hat and mitts are so adorable.