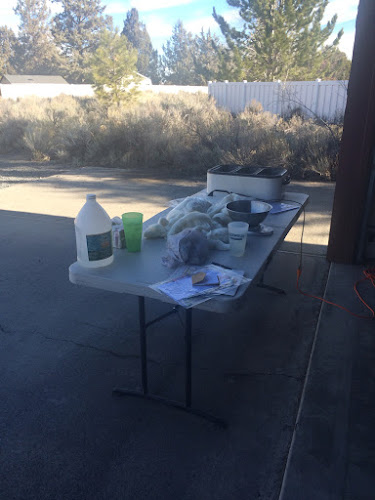 Laura called me as she was leaving her house in Prineville which is about an hour from here to say she'd be over as soon as she was done at the Social Security office, however long that might take. It took no time at all and she rolled in the yard as I was cleaning up my breakfast dishes. 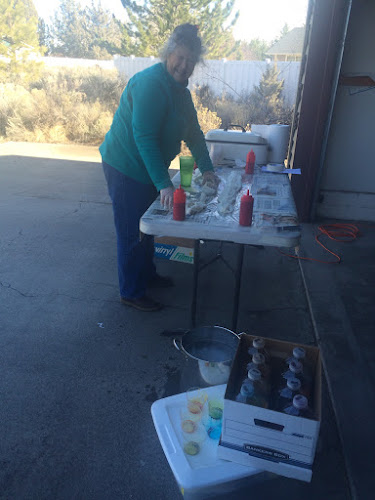 Set-up took a while, partly because she was instructing as she went. Ian found a six-pack of "ketchup" squirt bottles at Cash-and-Carry which were invaluable. Laura measured the dye by eye, pouring into the squirt bottles and mixing at the same time. She did samples in a cup using syringes so she could measure cc.s and so I could write down "recipes." 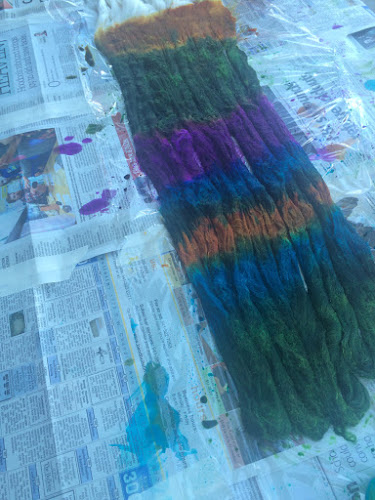 This one of the colorways, ready for the steamer. 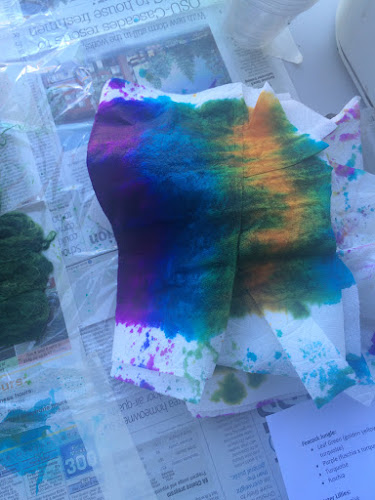 In order to keep the dyes from contaminating each other, we had to blot the daylights out of it before rolling up the plastic wrap. The paper towels were so pretty, it was a shame we had to throw them away. 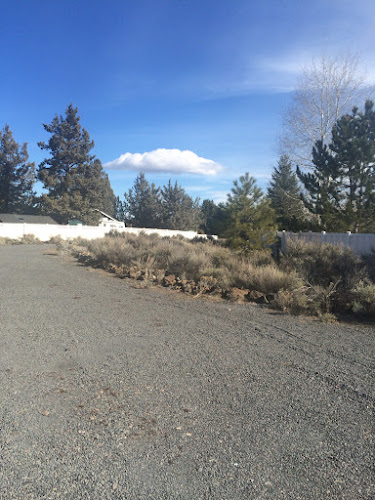 It really was a beautiful morning so we weren't in a hurry, but we should have been because by the time we were finished, it was cold and windy. That's when we went Ian took us to lunch. 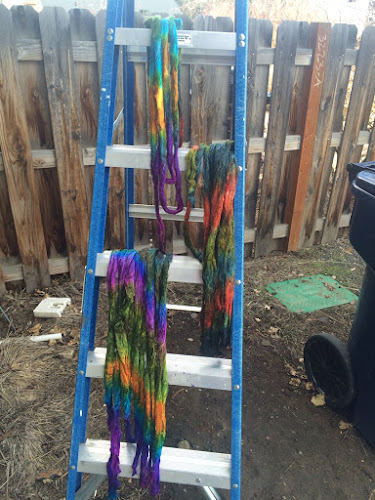 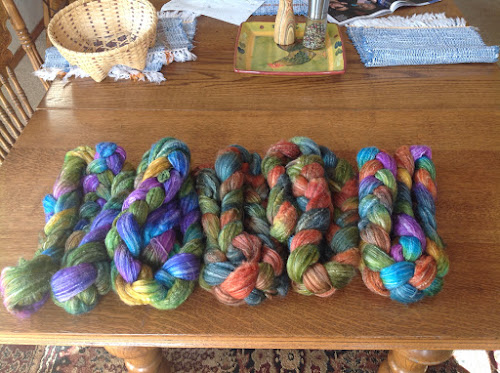 These are my results. Instead of doing the five single solid colors as I had planned, I followed some of the colorways that Laura has already created. The two on the left are the same, as are the two in the center. The one on the right is all the mixed dye that we had left. I had planned to use the colors in these to blend with other dyed wools but I may spin one of these as is and ply with with a silk thread - just to see what happens. 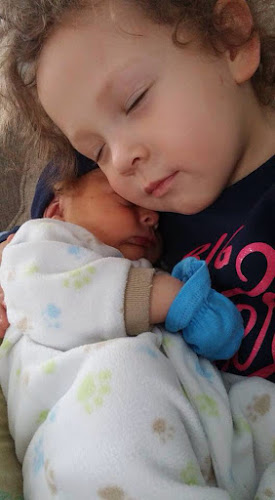 My great granddaughter Alexia cradles her new baby brother. I now have a great grandson - Owen - and he's every bit as beautiful as his sister.

Posted with Blogsy
Posted by Sharon at 3:43 PM

Your dyeing turned out great - love the color combos.

Those are absolutely awesome colours. The sliver could make some really interesting varigated yarns. The photo of the ggkids is a keeper!

Congratulations on the new baby!
And the dye work is so pretty.