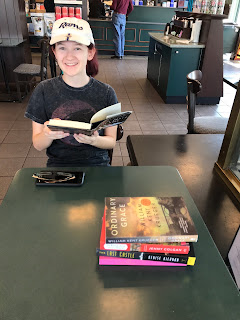 It's been a month since I've written anything here and that's in large part due to this adorable girl.  Alexia was with us from June 26th to July 26th and those days were packed full.  I was at the Deschutes County Fair all day today, demoing spinning with a drop spindle.  I'm tired but we're going to have baby Delaney for the next two days and I can't count on any free time, so this post is me trying to get a little caught up on the last month, while I can still remember it.

One of our favorite things to do together is shop for books.  We've done this since she started reading in second grade.  She had planned on a visit to Dudley's Bookstore and was really disappointed that it no long has a teen section.  We even spent a half hour at the library - no luck.  We ended up at Barnes and Noble where there are plenty of books to chose from.  I hadn't planned on buying any for myself, but then I found a display, Buy Two, Get One Free.  I had read about half of the books on the table and reasoned that surely I could find three books from the remainder.  I did. 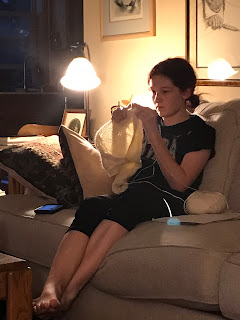 She has gotten a little more confident in her knitting and started a shawl from a Ravelry pattern called River Fog.  We were going on another road trip and this would be her trip knitting. 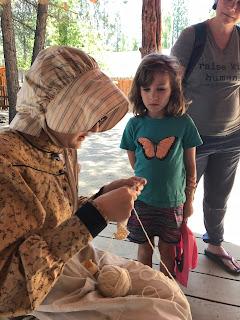 And once again she volunteered with me as a living history interpreter at the High Desert Museum.  I showed her how to crochet and she went to town, making a "washcloth."  An older teenager and experienced crocheter spent some time with her, showing her tips and tricks.  She attracted little girls like a magnet the rest of the day. 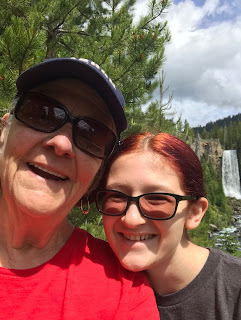 Ian, Alexia and I took a hike to Tumalo Falls, a truly magnificent piece of our local back country.  We had planned to go up to Newberry Caldera, the source of much of the old lava flows that dominate our landscape. That hypothetical trip would have included a stop at the obsidian dome along with a visit to the lava-cast forest and lava tubes.  So they're on the list for next year. 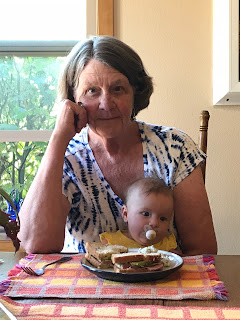 I had forgotten how much time a newborn baby takes and Delaney gets all of me on Thursdays and Fridays. I just hope her temperament is like her daddy's and she doesn't run my legs off in the upcoming months.  I'm not complaining.  She already loves to be read to. 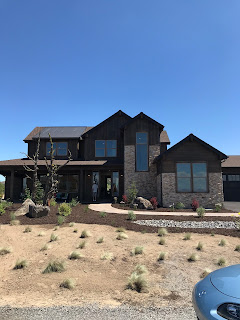 The day before we took off on our road trip was the opening of the Tour of Homes.  Delaney's daddy has had his work in the show for many years but this is the first year that he was a project manager on several. This house was his baby from the moment the framing was done.  It was very stressful and he was exhausted by the time of the show.  He'd drop the baby off at 8:00 and there were times that Julia had to pick her up (she works later than Matt), long days for all of us - not complaining :-)

The good news is that this house took the top award in its price range in every category except for landscaping. 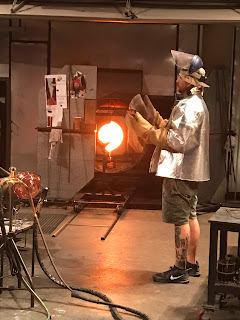 The next day we were on the road to Tacoma to our sister-in-law's, but just for one day, and our favorite thing in Tacoma is the Museum of Glass.  We had more time this year and spent a couple of hours watching the glassblowers in the Hot Shop.  Okay, I have to admit that we went into the UW Tacoma bookstore which was right across the street and I bought two more books. 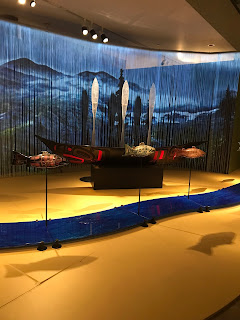 The work of Preston Singletary, a Tlingit native representing their story of Raven was the artist in the main gallery.  Not only had he made all the glass art, he had written original music and choreographed lighting to accompany it.  Breathtaking! 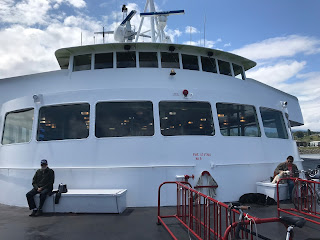 The next day had us back in the car headed to Port Angeles, Washington where we parked our car and took the 1 1/2 hour ferry ride to Victoria, BC. 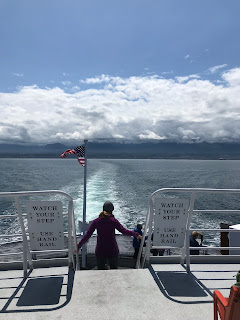 We said goodbye to American soil as we crossed the straits of Juan de Fuca for Canada.
Posted by Sharon at 9:17 PM 2 comments: 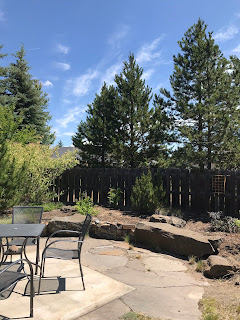 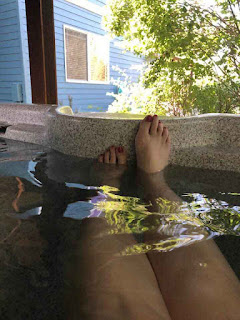 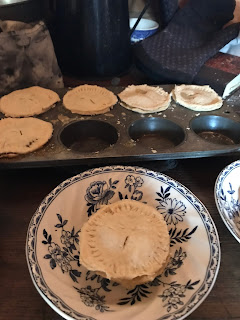 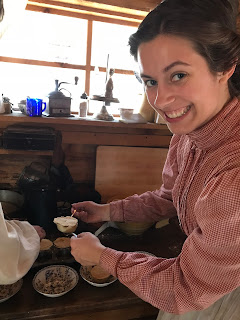 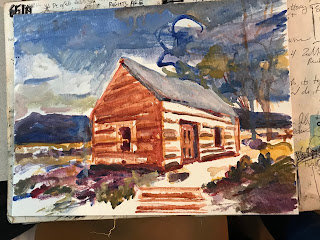 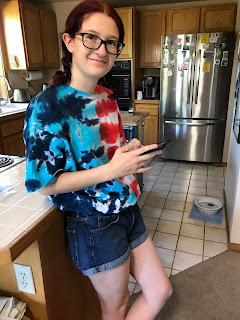 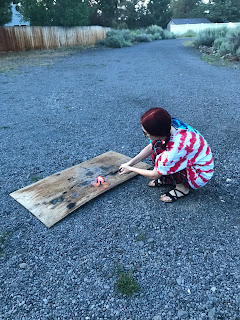 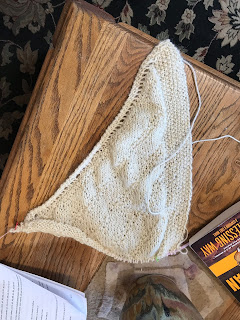 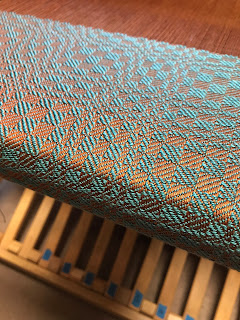 Meanwhile, I'm getting my things together to go to my last Ambassador shift (the volunteer who keeps the doors open) at the Bend Art Center.  Bankruptcy has eliminated another nonprofit organization.  I'll post more on that next time when I know more.  We're very sad but are looking at this as an opportunity, a Phoenix-rising-from-the-ashes event.
Posted by Sharon at 1:11 PM 4 comments: