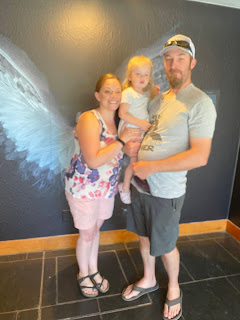 I took Matt, Julia and Delaney to the High Desert Museum just a week after I took Melissa.  I had just assumed they would have been there by now and so it was nice to be able to share some of my passes with them.  Delaney absolutely loved it. 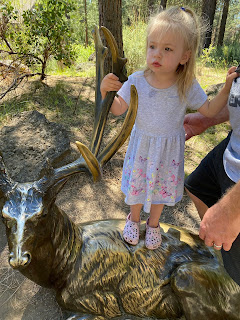 I have taken a picture of all five of my grandkids on this bronze elk and this photo completes my collection.  There are many bronzes and pieces of art on the campus but this is the only one children are invited to sit on. 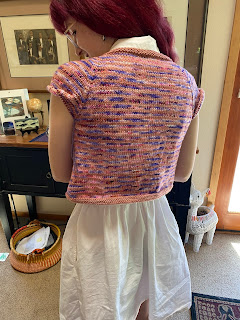 I lost track of the gauge on my latest sweater for Delaney and Alexia jokingly tried it on.  Pretty but wrong. 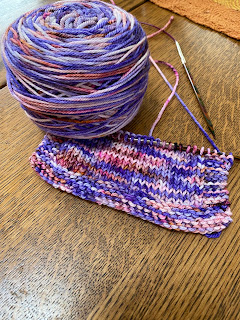 With the second ball I don't have to worry about running out of yarn so I've swatched and started over. 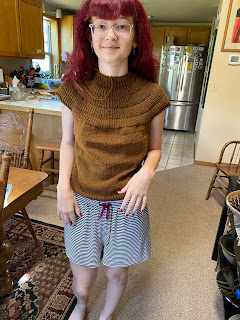 Meanwhile Alexia has become a knitting fiend.  And it's pretty easy to get the right size.  She's the smallest one offered in the instructions. 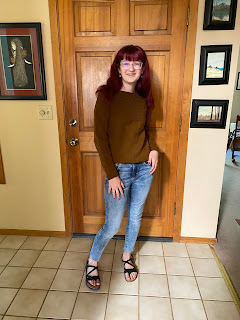 And in no time she was done! 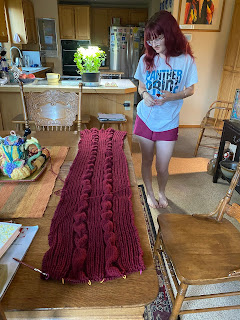 We attended a stash sale of a friend where she got a bunch of free magazines and four skeins of Cascade 220 to make a scarf.  The pattern was in one of the magazines and was designed by Deborah Newton. 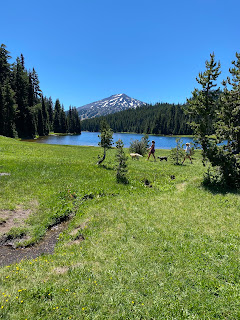 We cancelled our trip to Tacoma and Vashon Island because of the extreme heat and have more or less been hunkered down in the house.  This was our one foray - Todd Lake, from snow meltwater.  There were a lot of people and many had packed in portable kayaks. 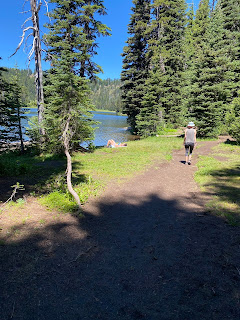 There was even a sunbather.  Something for everyone.  The hike got cut short when I tipped myself into a small stream and was soused.  I wanted to cool off but not like that! 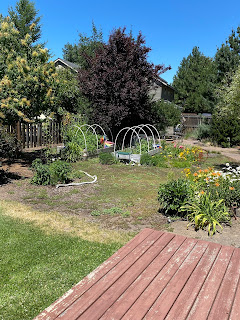 The yard is surviving the heat but Ian has to water everything by hand about midday, another reason we didn't feel like we could leave.  And the wildfires started about a week ago and are punishing for our firefighters.  God bless them, every one!! 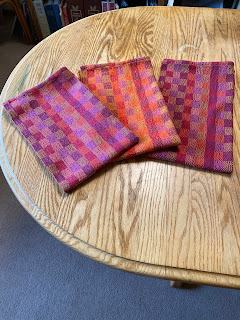 I finished these three towels, thinking the blocks were random but they're not.  I'll enter one in the fair - that's all I've completed but I'm trying these again.  I'm hoping that this time I'll get a more random placement.