It seems like months pass before I think of something to blog about.  Once upon a time I was rabidly adding to my blog but it was a period of discovery, dyeing and spinning wool and learning to weave.  I'm past the period of discovery and am more about recollections.  The most recent time of interest was a trip to Reno for Delaney's third birthday party. 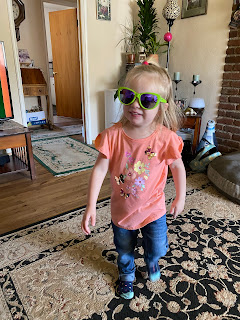 I haven't seen Delaney since October.  She and her daddy were watering the flower boxes in the front yard when we arrived.  I was thrilled when she saw me, ran across the front yard and jumped up into my arms.  After six months I was afraid that she wouldn't remember me.  She was transfixed by my sunglasses.  I was tempted to leave them with her. 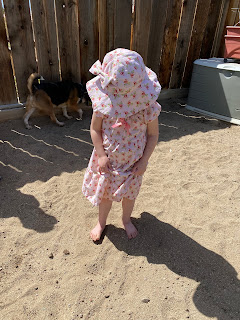 The party was at her Aunt Katie's house where she played in the same sandbox that her college-age cousin played in.  She had to think about it. 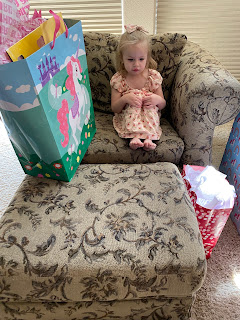 Her mommy and daddy coaxed her on what to expect so she patiently waited for that special moment - opening presents!
She had also been coached in how to blow out her candle and she didn't want to share one second of it with anyone else, not even her uncle. 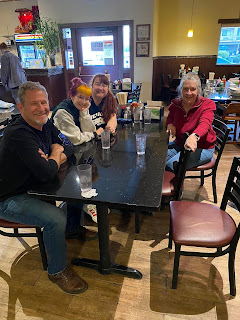 We were only in Reno for four days so ate out every night.  This meal was at the Golden Flower, our longtime favorite.  Alexia will be spending July with us again this year, her last summer before going to college in the fall. 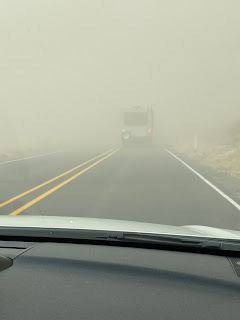 The weather forecast was dire so we left a day early.  I was driving on this stretch and at the Summer Lake rest stop, two travel trailers pulled back onto the road into increasingly buffeting wind.  That's dirt, not snow that I'm navigating.  He put on blinkers and we limped along until the western edge of Silver Lake.  The dusty wind was blinding, a first for me. 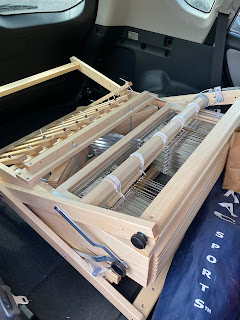 We got home on Monday and on Friday I went with my friend Kathi to pick up her new loom from the Eugene Textile Center.  We shopped at Cosy, an aptly named yarn store, and ate at a nearby Chinese restaurant.  The weather was starting to turn so we called it a day and not a minute too soon.  A new front was creeping over the Cascades. 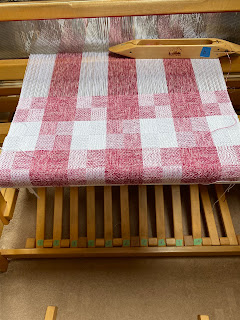 Kathi is a new weaver and her enthusiasm is catching.  It's been a while since I've put a project on my eight-shaft loom and I find my back tiring and needing frequent rests.  I've started using the elliptical trainer at the nearby rec center and boy do I need it. 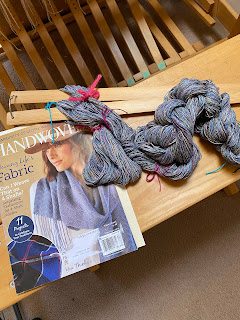 I've started a second project on my four-shaft loom using silk that I bought from Little Knits out of Seattle.  Again, my back tires quickly so I'm inching along until my back gets stronger.

Then on Saturday we got this photo of Alexia and her band director acknowledging her as first-chair flute in the all-state band.  I wish we could have stayed the extra five days to see this but once again, the weather was calling the shots. 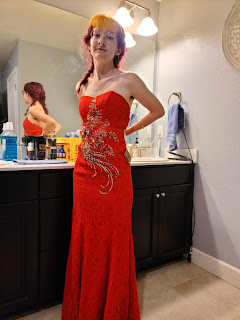 The next day we got this photo of Alexia and her prom dress.  They have been shopping for a while now and came up with this gown from Junkee's, a vintage shop.  It's the prettiest and cheapest - $24.95.  She doesn't have a prom date but is going with several friends.