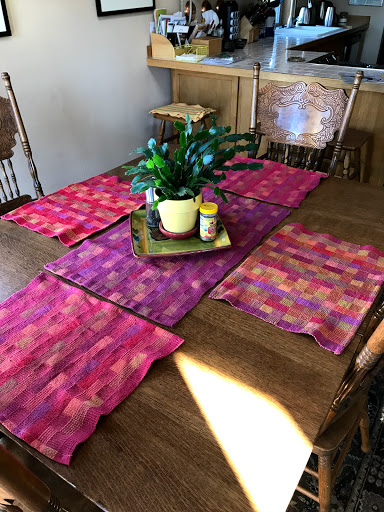 I cut up the Crackle towels into placemats and while they don’t lay as flat as I’d like, I’m glad to have placemats again.  I’ll weave some to match my favorite table runner after I finish getting ready for the Fiber Market Day sale in late March. 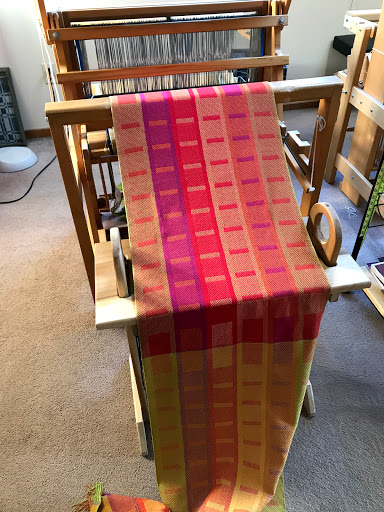 I finished my first dish towels from Brassard yarn and am in love with their softness, so different from the UKI yarn.  For whatever reason I had never stopped to look at the backside of the towels when removing them from the loom.  For a change I hemmed six of the ten towels with this side as the right side and the four duplicate colors as my usual blocks. 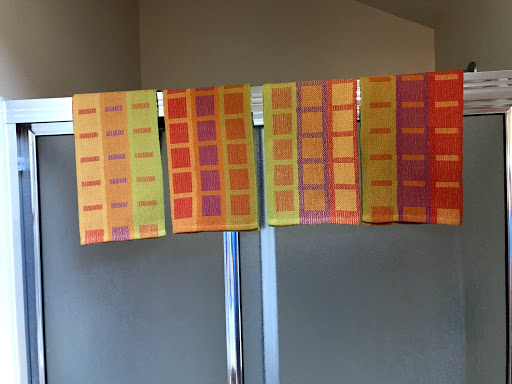 These are two of the “sets” which are not as obviously pairs like I thought they would be.  I still prefer the blocks and I absolutely love the vivid colors of this yarn.  That’s the one thing I’ve loved about UKI - wonderful colors. 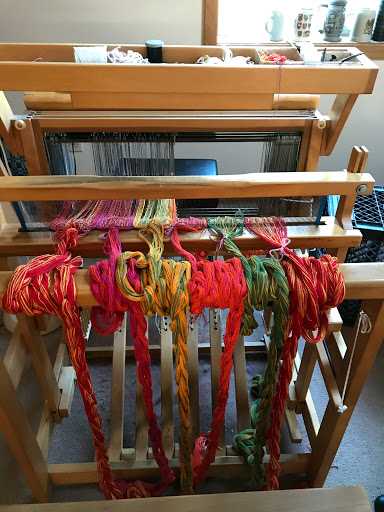 I’ve started another set of Zinnia inspired towels.  Ordinarily I use the same two colors in the center, just reversing the blocks, but I didn’t check for the value of the yarns and realized that the pink and orange are identical in value so reversing the colors will have minimal effect.  I have decided when using stripes I’ll warp from the front and since I could, I decided to swap places with one of the green/yellow bouts and one of the pink/orange bouts.  I have no idea how these will turn out, if it will be an improvement or not. 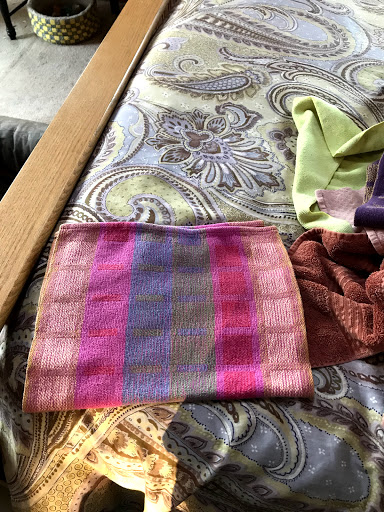 This is what happened the last time I didn’t check value and discovered too late that they were the same.  The blue and green just disappear into each other. 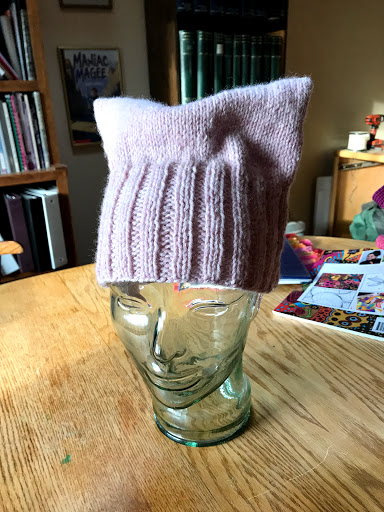 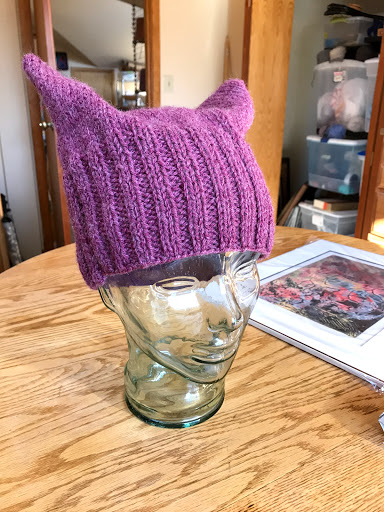 The Women’s March is next Saturday so all knitting has stopped while I crank out four Pussy Hats.  I have made one for me and one for our friend Michael Elliot whose wife Sue is crocheting a hat for Ian.  I’m making two extras, recipients yet undetermined. 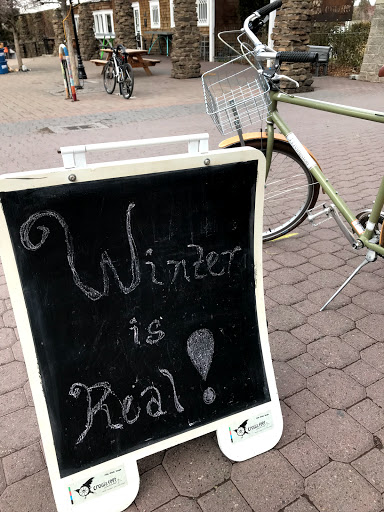 Sometimes the rear view is worth looking at....right??? I love the bright, bold colors that you use for your towels!

I love Brassard's cotton, it's my fave.