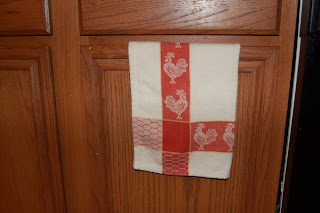 This is Amy's idea, though she says it came from someone in her family. When you take a trip and want to bring back a memory token, buy a dish towel. This is my first one. I bought it in Auburn where Amy and I had stopped for breakfast in route to Lambtown USA. Ian had planned to go with us, but opted out because his back was hurting so much. We didn't know then that he had ruptured a disk. 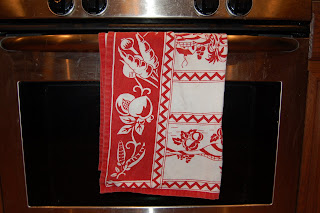 And this is our most recent acquisi-
tion. Ian and I bought it when we were in Florence, Oregon. It's such a great little town. Amy said that she's been collecting so long that some of her towels are frayed and worn out, but just the same, I'm loving the way these towels bring back memories. I think it's a neat idea and just wanted to pass it on, thanks to someone I don't know.
Posted by Sharon at 7:07 PM