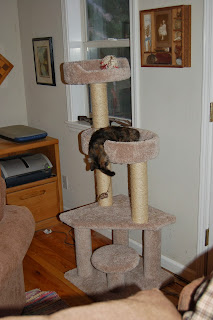 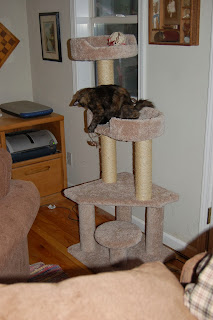 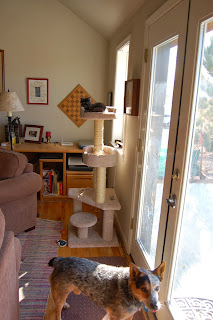 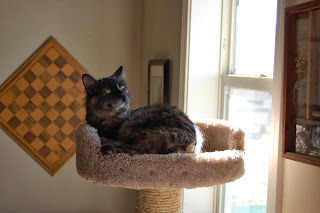 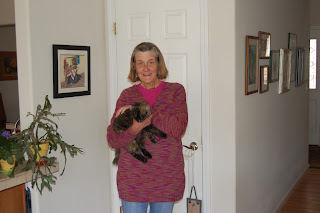 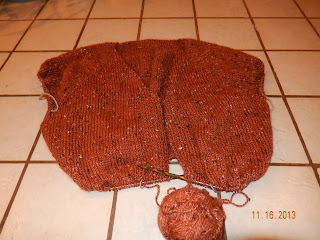 I am jealous, with these rods in my neck, I will ALWAYS have a stiff neck......
glad to hear that you are getting better quickly.

Madeline is so cute! I can't wait to meet her. I'll bet you're very glad to have the C-collar done with. Sorry to hear you're still experiencing pain, but hopefully that will subside quickly!

You and Madeline both are an inspiration: keep up the positive attitude (and exercises!).

I'm glad to see you recovering so well. You look terrific minus collar and in that lovely, cozy tunic with cute kitty.

My boys would love a cat tree that big.

Actually, the tunic will come in handy this winter to keep you warm.

I am so glad that you will regain full motion with your neck. Can you spin yet?

I'm so glad you're feeling better and are healing well. Thank goodness for knitting, eh?