Getting my groove on 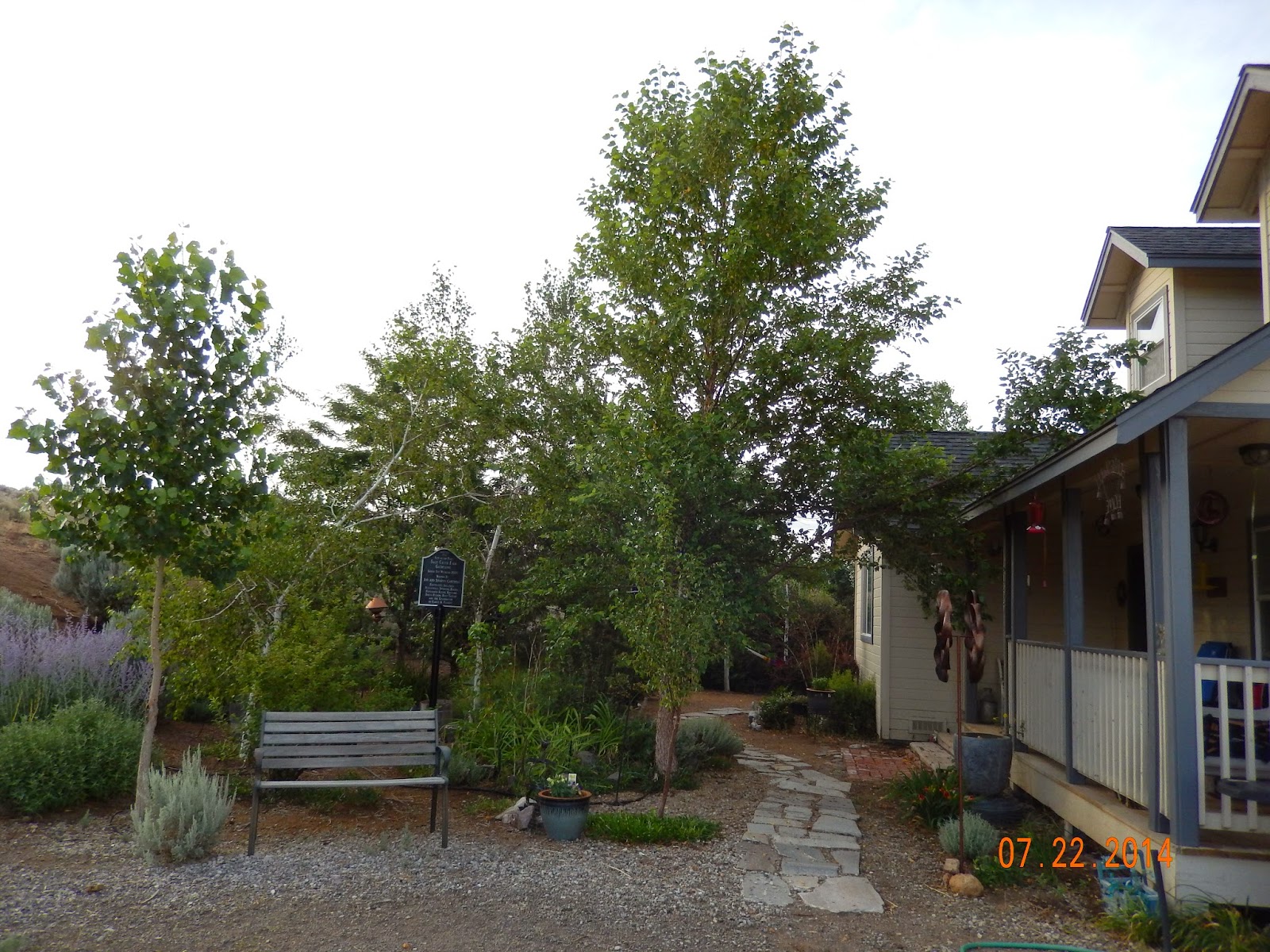 Blogsy, the third party app I've been using on my iPad to blog, is no longer talking to Blogger so I've had to go back to using my camera and posting from my laptop.  I downloaded the pictures for this post and found this one lurking, something I obviously took last summer since nothing is green now. 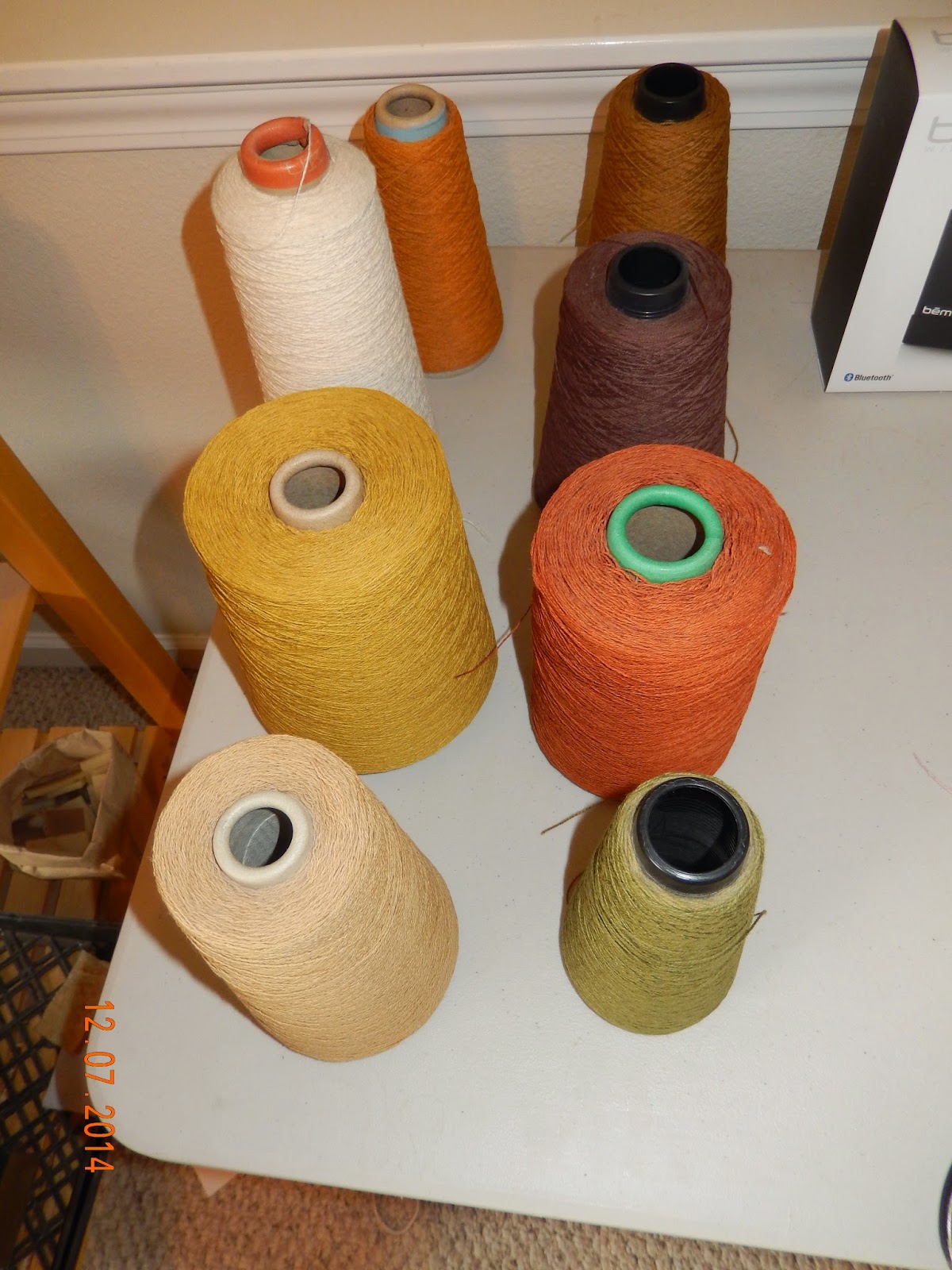 These are the colors of my next set of towels. I wove over a hundred last year and only have eight left and they're pinks/purples.  I need fill my towel inventory so am starting with some Harvest towels. 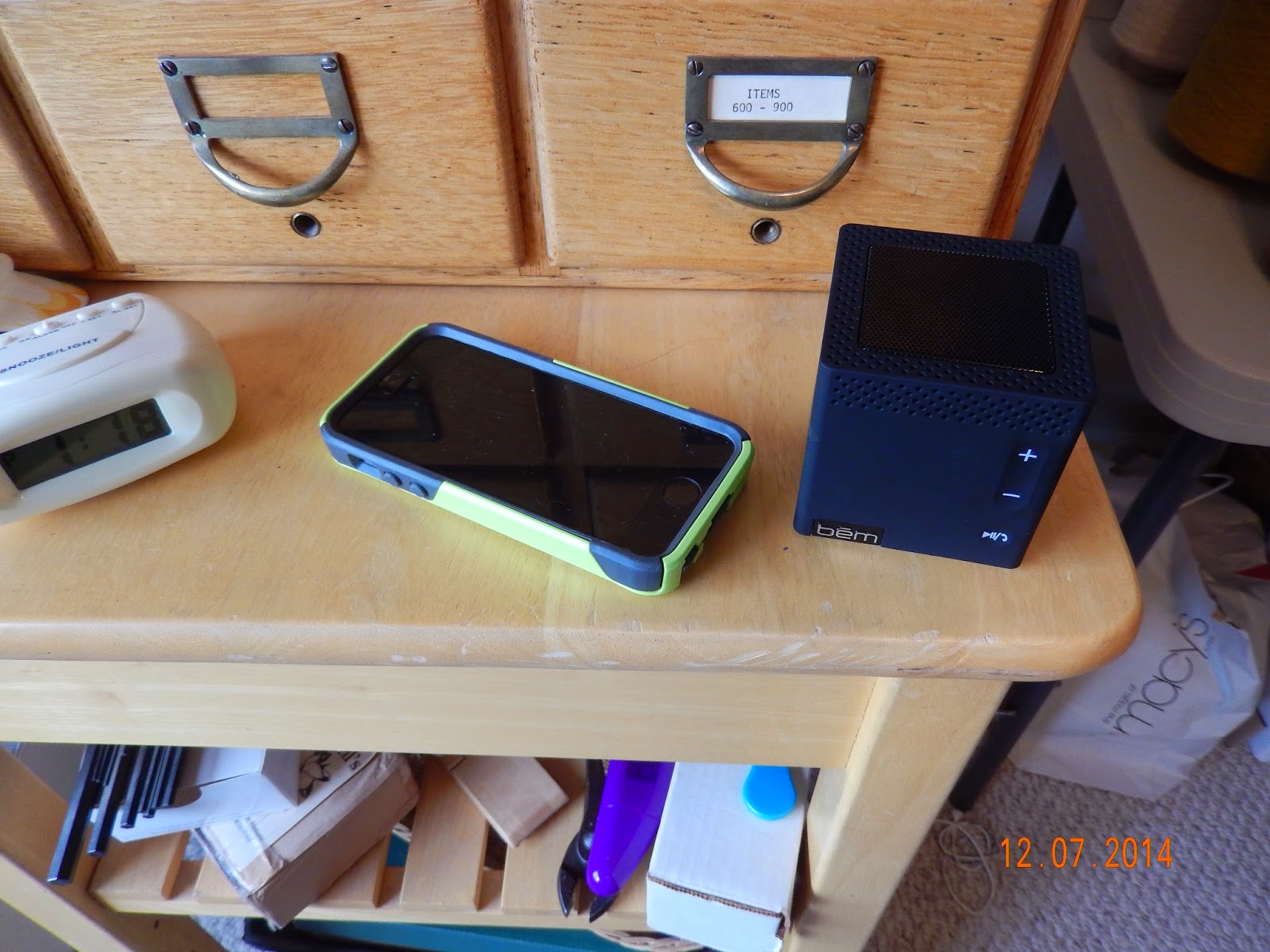 I've been wanting a way to listen to music in the studio, apart from my iPod and ear buds.  I love the music but the cord gets caught in my shuttle and when I stand up, I forget about the iPod and it drops to the floor.   Ian found this little jewel for me at Costco for $40 bucks.  That black box is the blue-tooth speaker. 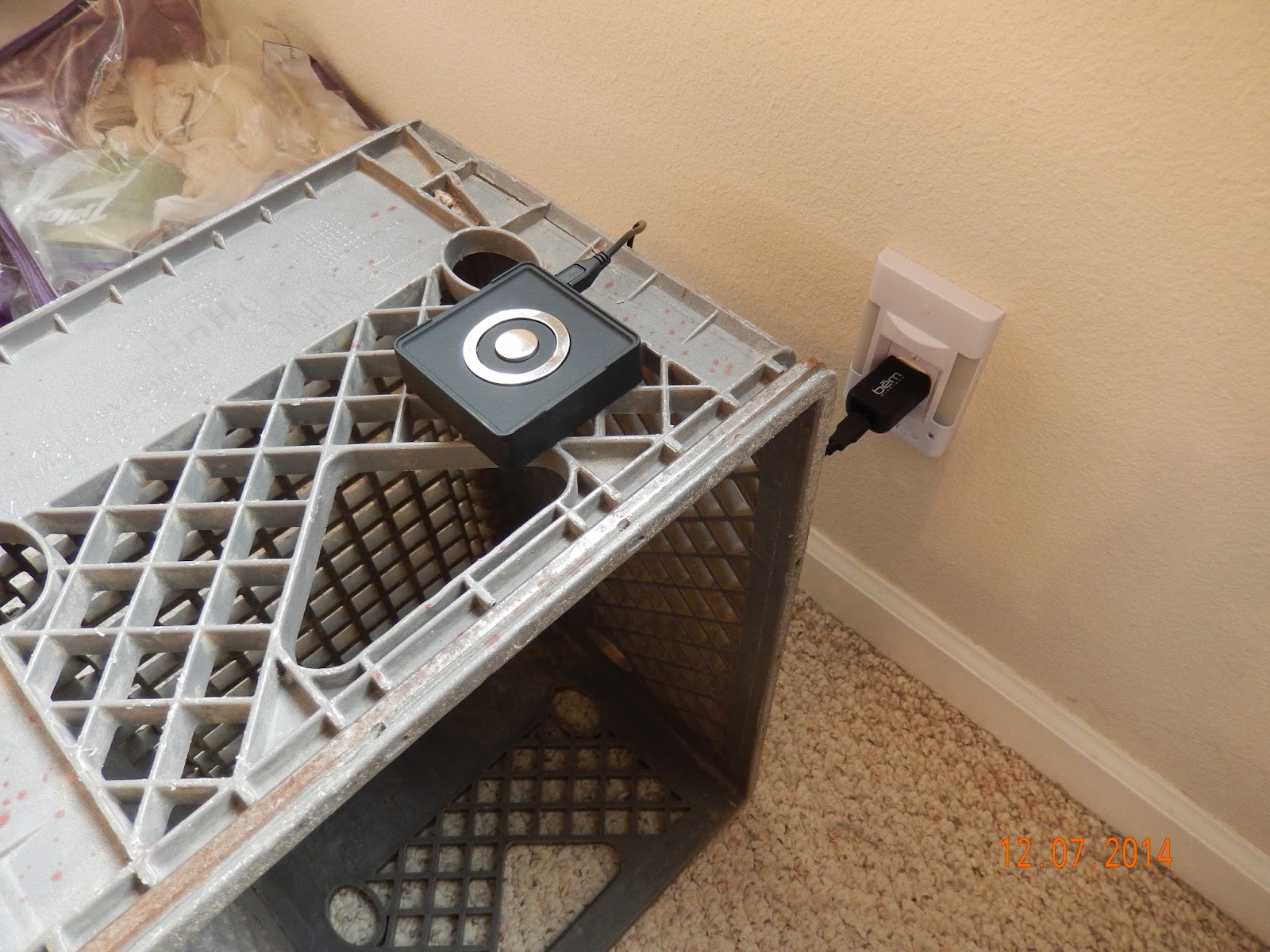 This is the dock, plugged in and not in my way.  When I'm done weaving I just put the speaker right back here and let it recharge. 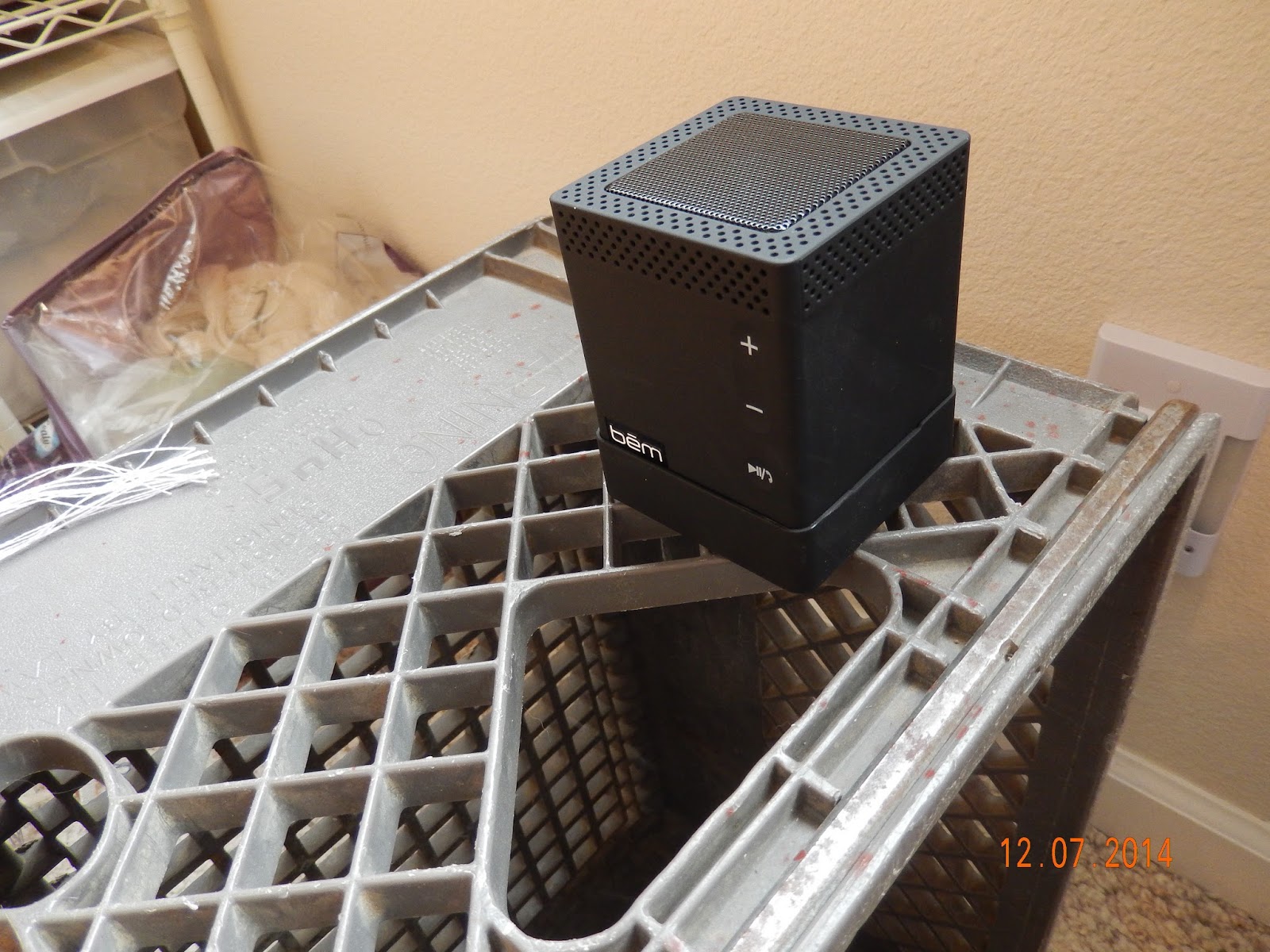 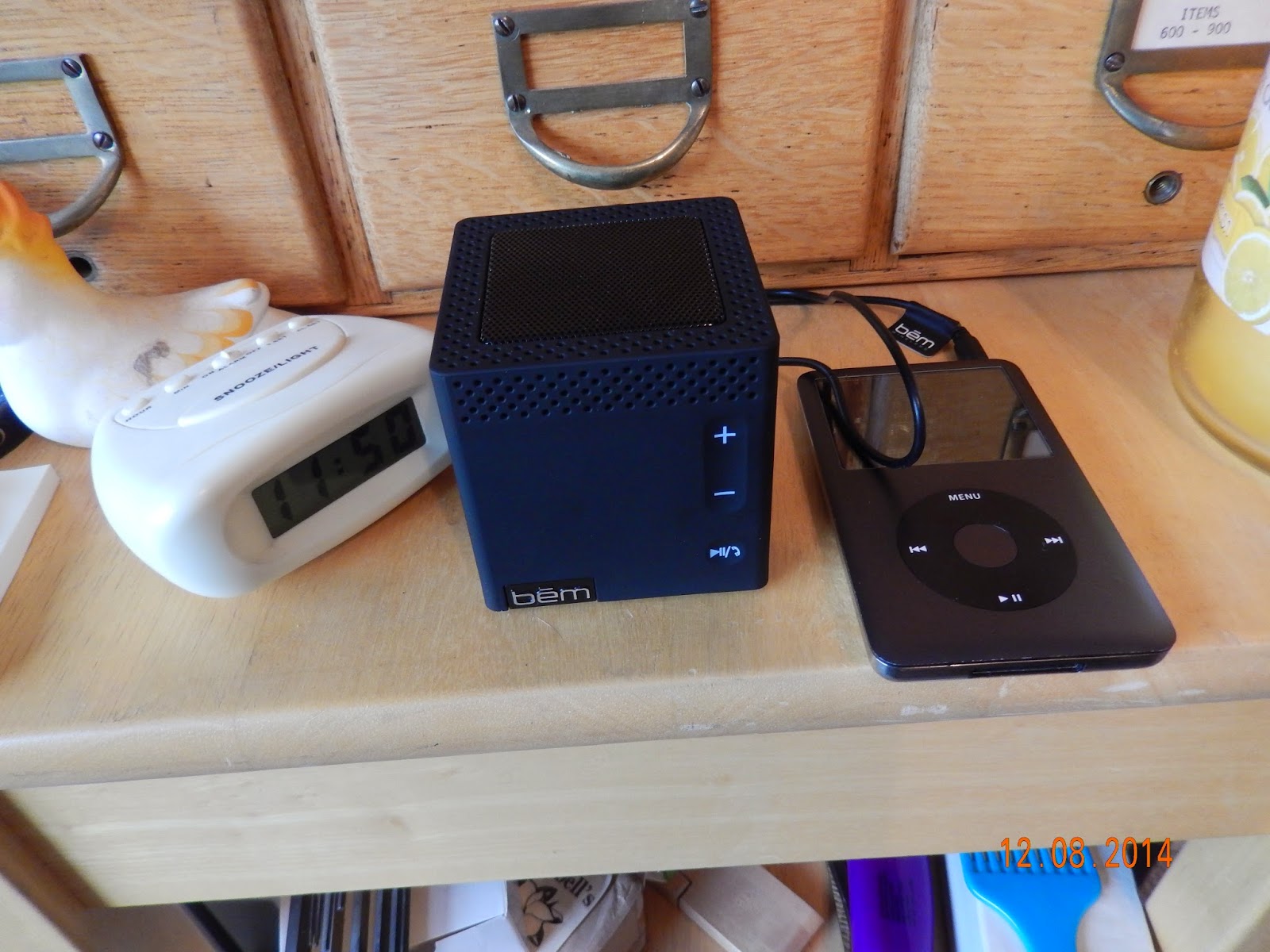 I was listening to music via bluetooth from my iPhone but I haven't bought much music from the iTunes store and it was getting repetitive.  Then I realized that I could cable in my iPod which has my whole music library.  Oh my.  So I wound two towels this morning listening to Verdi's Rigoletto.  My mother bought me a WebCor high fidelity record player at FedCo in San Diego when I was in grade school, and then bought me a series of records in green cases of classical musical - kind of the best hits.  I listened to Rimsky-Korsikov long before I heard of Glenn Miller, whom I also love. This little device is perfect for my needs.  Ian scores a ten! 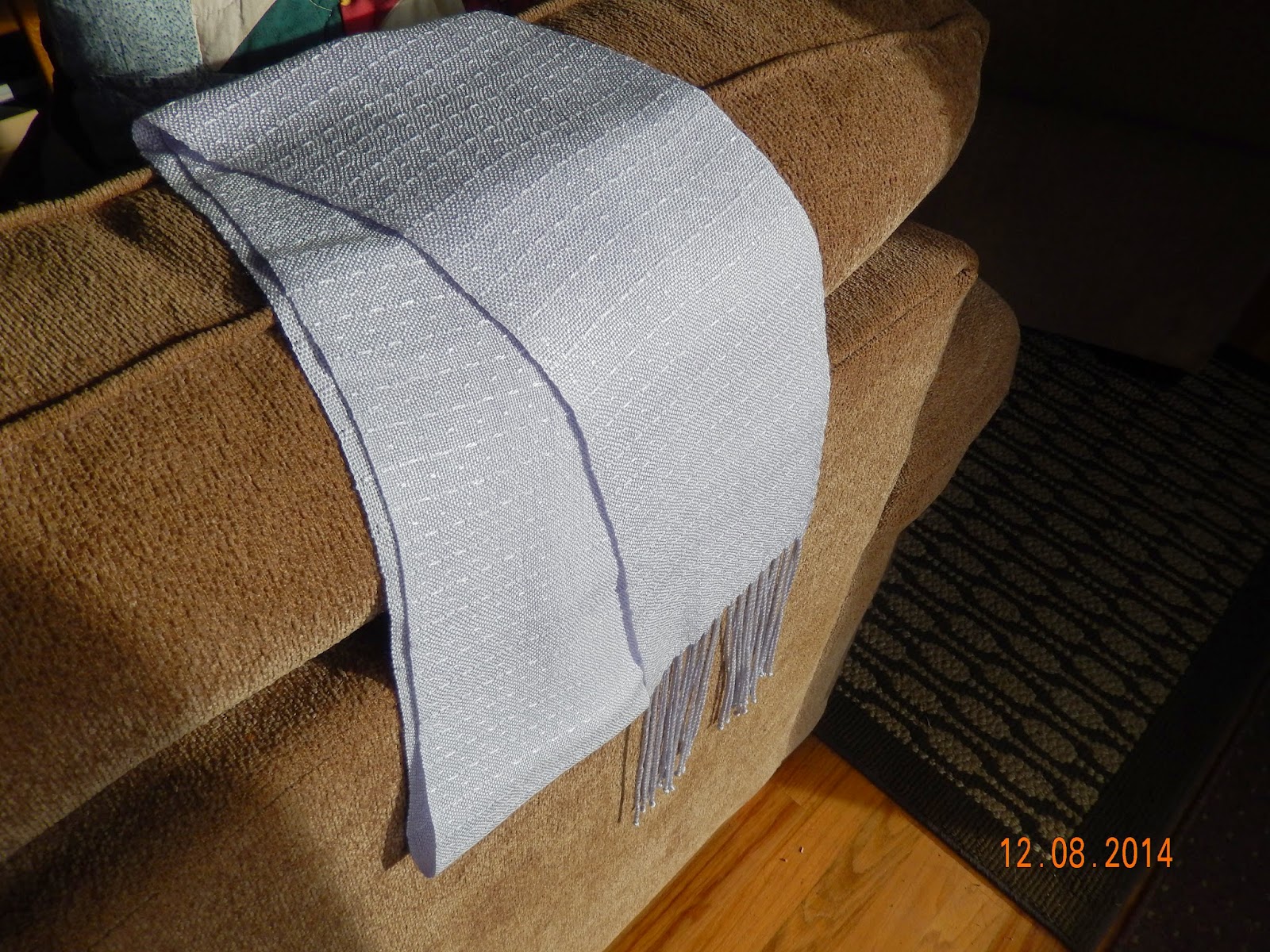 An update on my first attempt at lace.  I thought ice lilac and lace would be a sweet combination.  It's less than boring, and since I sell more towels five to one than scarves, I don't think I will revisit this draft. 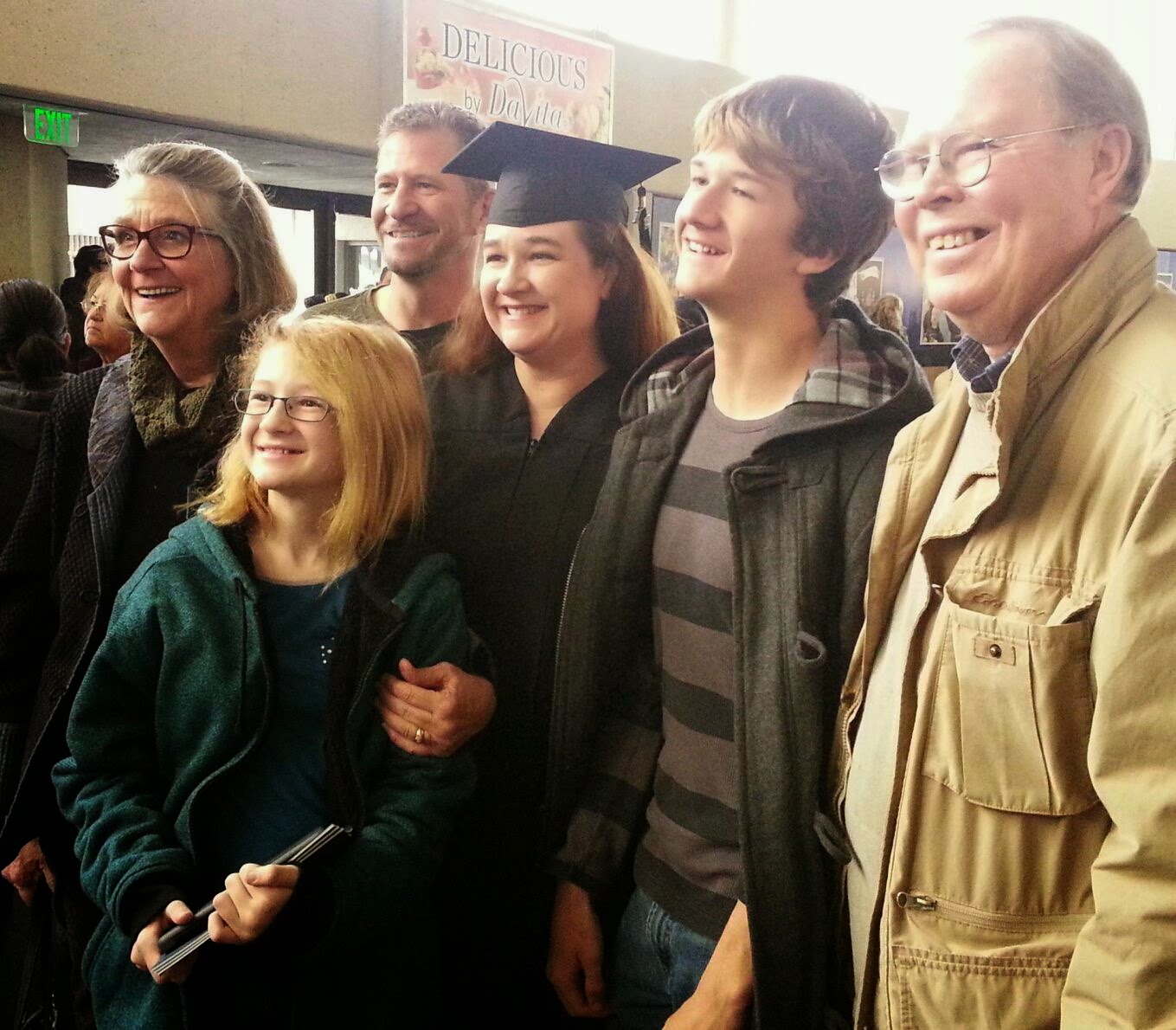 It was an exciting weekend.  My daughter graduated.  She says she was on the 26 1/2 year plan.  She accomplished this while working full time and never missing her kids's activities. We think she's a super hero. 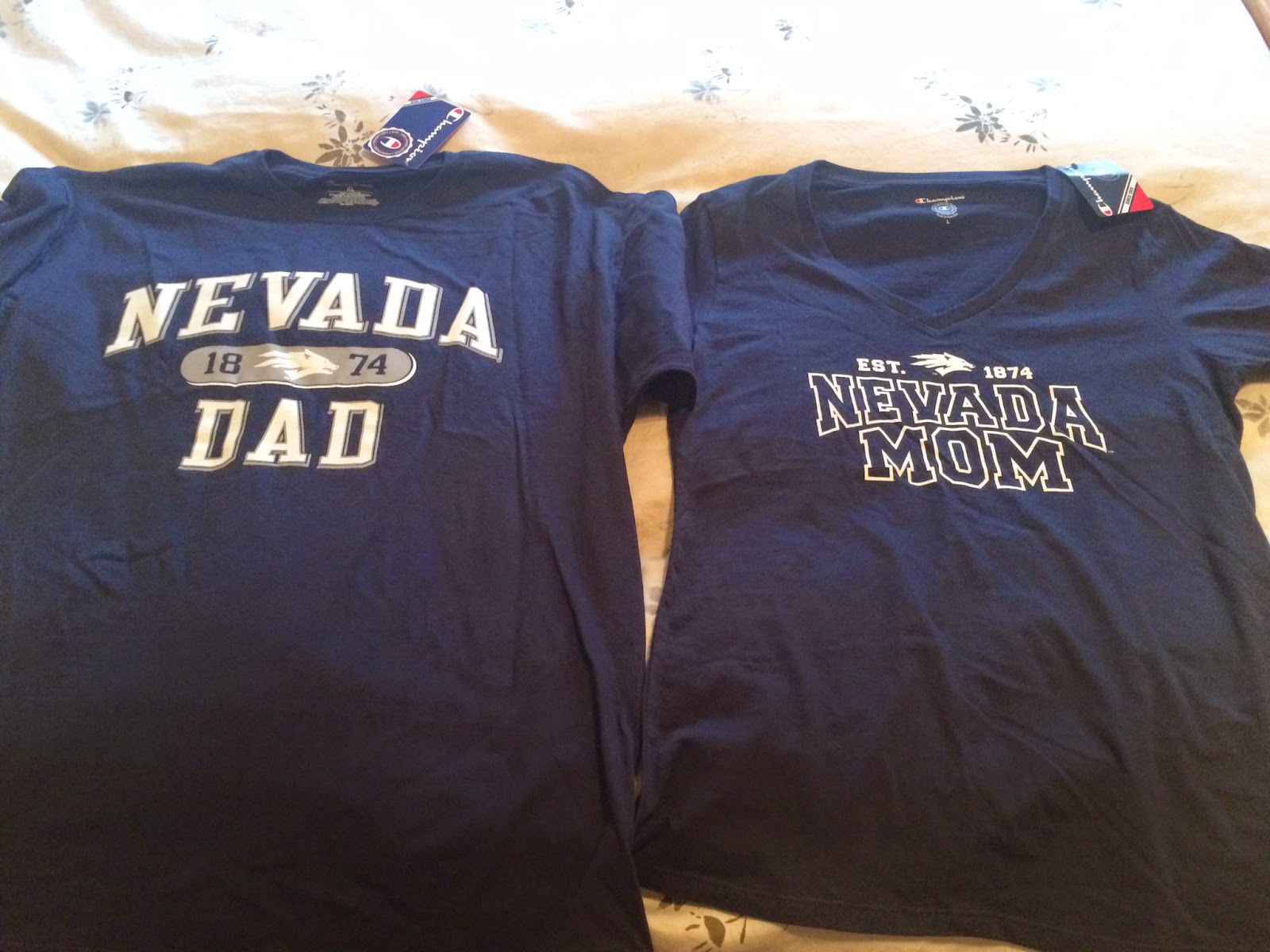 Congrats to your daughter – and my, how your granddaughter has matured!!!

Amazing that you wove over a hundred dish towels last year! I don't weave that many but I do sell all that I can make. I have a dock for my IPod in the studio which I love. I don't buy a lot from ITunes but have loaded all my favorite music from cd's onto it. I like the colors of the new towels and the lace!