Changing of the seasons already 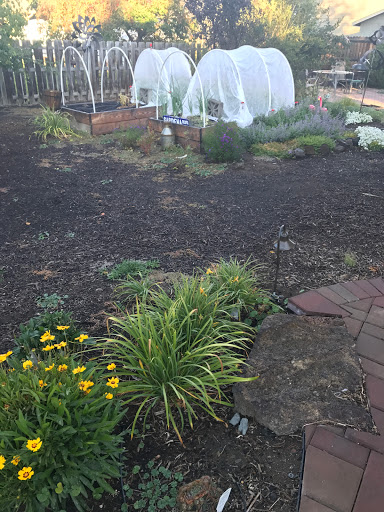 We went from summer into fall with very little transition.  The tomatoes still haven't produced anything and and we still have peppers and basil so Ian put the covers on the what's left of our garden.  Tonight is another frosty one and then we'll have some Indian summer for a couple of weeks when the covers can come off.  I really need to get serious about getting a small hot house next year. 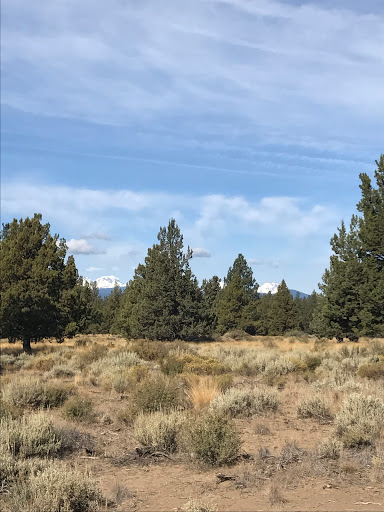 I think the change feels more dramatic because when the smoke finally cleared the Cascades had already gotten their first dusting of snow, and Mt Bachelor ski resort did a brisk business while the powder was still good.  It's just nice to see the mountains again.  We've had several good rains whidh helped the firefighters and it's really nice to be smoke free - finally! 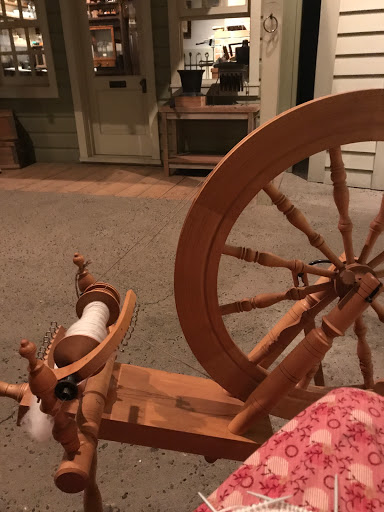 I told them Friday that I was making that my last day and the spinning wheel was returned yesterday.  The future plan is to retain my role as rancher's wife who spins and knits but I'll take a basket of washed wool, wool combs and a drop spindle.  I had wanted to use a drop spindle in the first place but I don't think Linda could see how that would work.  I think a drop spindle allows better eye contact than a wheel, since you're always looking down at the wheel, adjusting the fiber, adjusting the wheel.  I'll know when school breaks are after I get the SMART schedule at the October 5th orientation and plan to continue to volunteer at the High Desert Museum when school's not in session. 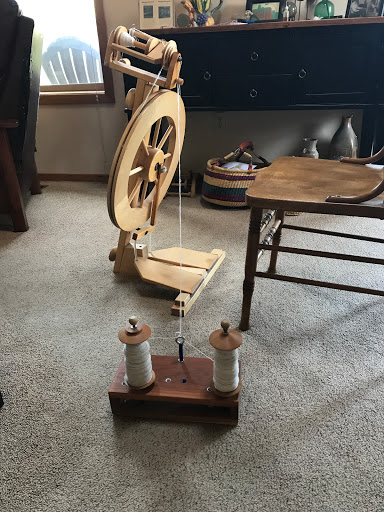 Laura called yesterday morning to say she was going to be in Bend and could pick up the wheel then, which was good news to me since that meant I didn't have to drive up to Prineville to return it.  The bobbins are huge and hold four ounces each, so I was still plying off my singles when she arrived at the house - yikes.  I think I've got about a pound of spun wool at this point and have no idea what to do with it. 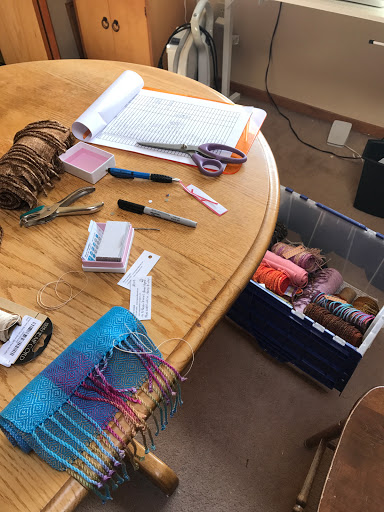 Today I tried to get a handle on all the loose ends I've left dangling, like pricing and inventorying my scarves, getting ready for holiday sales.  I also made some more little hangers to hang more little sweaters. 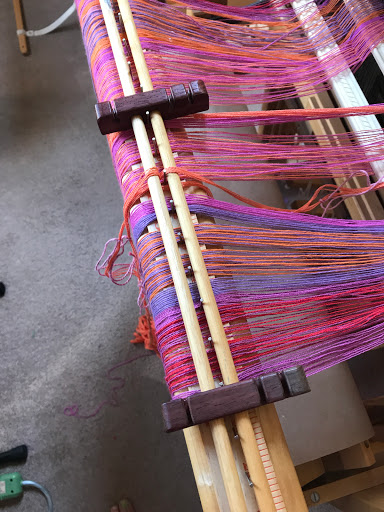 But my real objective today was to get both looms warped and things were going swimmingly until I realized that I had made the same mistake on this warp as I had on the last one.  When I warp from the front I make six small bouts because I sley from my hand and cannot make a mistake in the color order since there's only 2 1/2" worth of warp in each bout.  I thought since I was putting the cross on lease sticks that I could make bigger bouts.  I thought wrong! 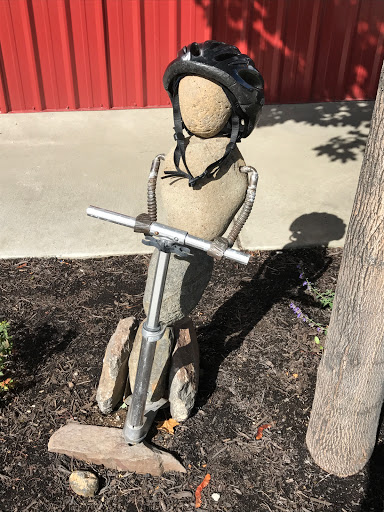 This cute little fella is in front of a bike shop by the Bend Art Center.  I think he needs a caption.  Maybe Stoner Dude??
Posted by Sharon at 4:51 PM

We had a dusting of snow a bit higher up last week too with the rain.
I usually do inch bouts since they start at the raddle when spreading the warp at that width.

I hope this means that the wildfires are under control! What a summer! I'm so glad you have enjoyed your volunteer time at the ranch. You never know if the newest spinner has just stopped to watch!!!!

My niece used to live in Bend and took me to the High Desert Museum when I visited. The Basque Sheepherder's wagon was my favorite display, then the walking wheel. I first saw a demonstration of spinning at a California mission, but it was years before I actually learned how and got my own wheel.

We've been having unseasonably warm weather, a heat wave actually, with heat warnings and everything, but it comes to and end tomorrow. With the cool weather from the rest of the summer, my tomatoes aren't doing anything at all. It's nice to see your blue skies and mountains! It is lovely scenery.

My wheels all have 4 oz bobbins and they do take a while to fill up. It is that much longer to ply too, with of course the bonus being that you have that much extra yarn spun when you're done ;)