Getting through the smoke 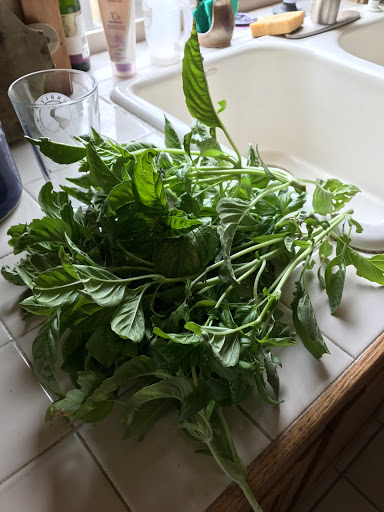 I planted basil from seed last spring and thought it would never grow, and when it did, bugs ate the living daylights out of it.  And then all of a sudden it grew faster than the bugs could keep up with.  I've never been so successful with basil and made my first batch of pesto yesterday.  I put it in ice cube trays and freeze it so I can have pesto all winter.  I'll make another batch tomorrow and I think I'll still have enough for a third, and this is just from the four plants that survived.  I ate it for lunch yesterday with linguine and it's delicious. 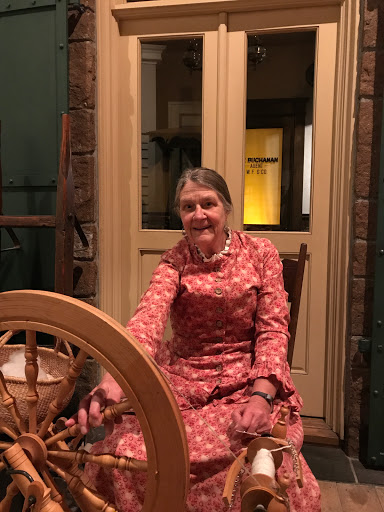 It was smoky enough that Linda Evans moved me inside yesterday to the Spirit of the West exhibit.  The area Ethan and I sat in is modeled after Silver City, Idaho in 1885 so it required a new costume since I was moving back in time by about 20 years.  I'll try to remember to get a picture of me standing in it next week.  One of the volunteers in the prop department made this and it's an impressive piece of work. 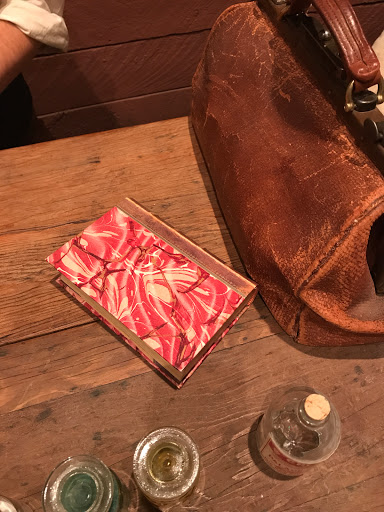 School is back in session and the number of visitors has slowed down more than usual because of the smoke.  Ethan always takes a book when he's in the role of a living history interpreter.  He's a medical doctor and also doubles as a dentist. 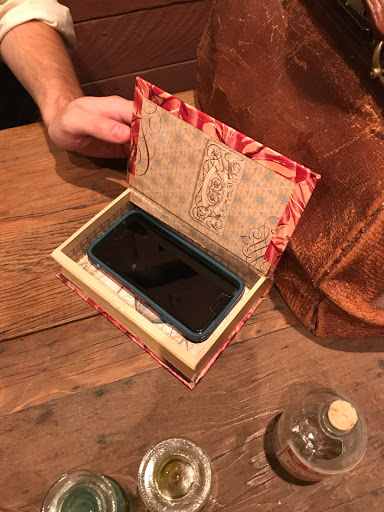 But when you open the book you find something else.  He said this has saved him during the low times,  especially during the winter.  He think there's another one in the prop department and will try to locate it for me before next week.  Linda is talking to me about changing my living history interpreter role, possibly a schoolteacher or seamstress. 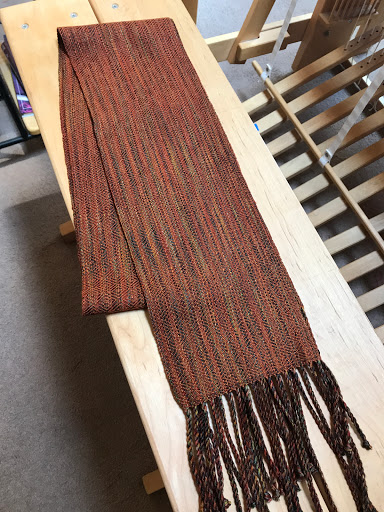 I finished my wool scarf and couldn't be more pleased. 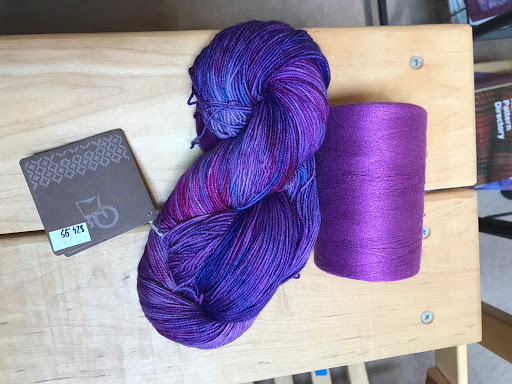 I have another skein of this ultrafine Merino from Webs that I bought several years ago when I visited their store in Northampton.  It was on sale for $16, a deal I couldn't pass up, and it's just been sitting here, waiting for me to get inspired. 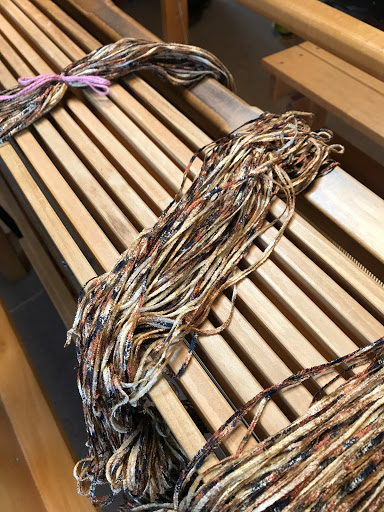 But first there's another chenille scarf in the offing, this one woven in Log Cabin. 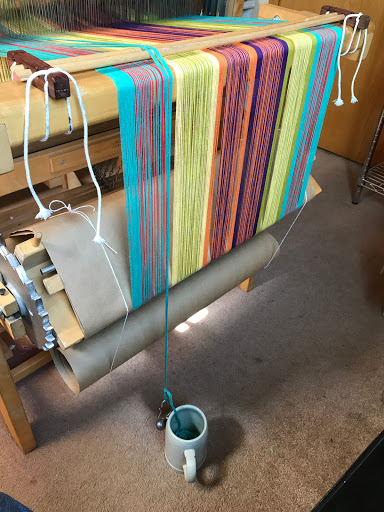 Meanwhile work continues on the dish towel warp.  The error and repair really took the wind out of my sails, but I'm closing in on the end of finally.  What you see here are two kitty hacks.  I have the supplemental warp in a large beer stein to keep it from being batted around.  The second one is less apparent.  She loves to chew and tear up my packing paper so it's hanging in two slings which automatically rolls itself up as it comes off the beam.  I would have had to buy new paper a long time ago without out this handy little trick. 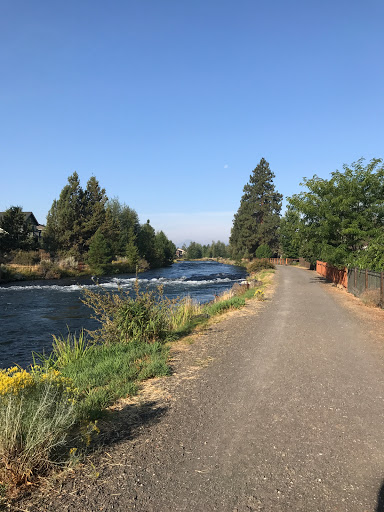 We've had some rain and though yesterday was still smoky, today was much cleared with the first sunshine we've had in weeks.  I was thrilled to pieces to finally be able to take a walk.  You can see the bank of smoke in the distance which still obscures the Cascades.  The forecast is for a return of warmer days with more high pressure on Monday.  But for today I'm thankful.  It did wonders for my spirit.
Posted by Sharon at 5:07 PM

I've felt the same way since Thursday evening's coast breeze that gave us some breathing room from the smoke!

I love your new costume. I did the switch from interpreting historical spinning to historical cooking and it is a lot of fun too. That super sneaky book is a really wonderful prop. That is a great idea and so well done. I love that ultra fine Merino. The colours are superb and remind me of that last bit of sunset. Totally brilliant find!