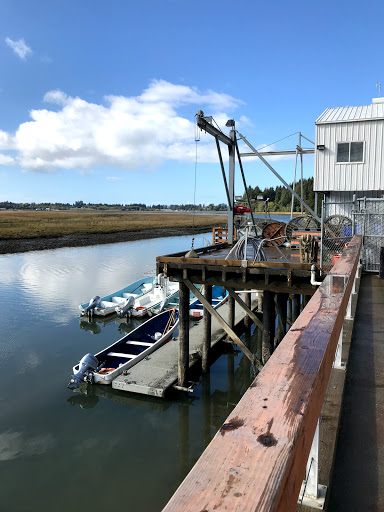 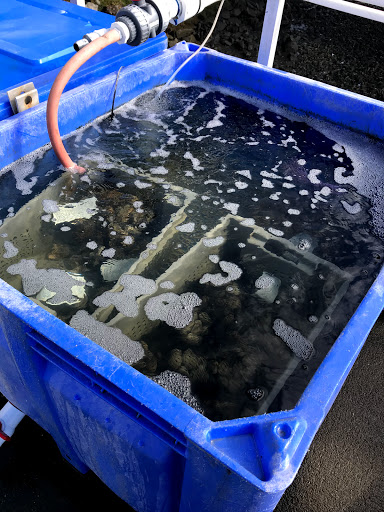 They don’t get any fresher than this!  I drove to Raymond where we all ate fried oyster sandwiches (from Goosepoint) at the Pitchwood Alehouse which had just opened.  It was 11:05 and they were just lighting the fireplace to take the chill off when we stumbled in the door.  It was Ian’s turn to drive and there was no way we were going to drive by the plant and miss a chance at the freshest oysters available to have that evening on the half shell, knowing how much Georg loves oysters. 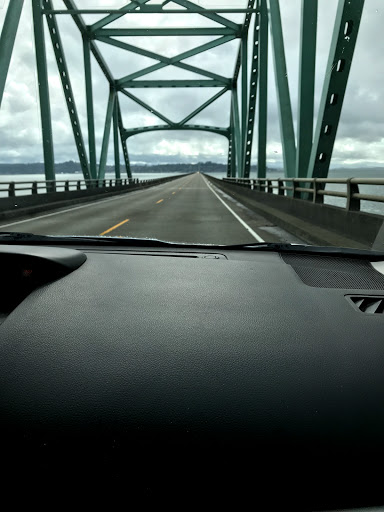 The next day was Thursday and my birthday, and I wanted to celebrate it in Astoria.  It’s almost four miles across the Columbia River and the restaurant we had wanted to eat at was closed.  Even better, a Mo’s had opened in July and was right on the river. 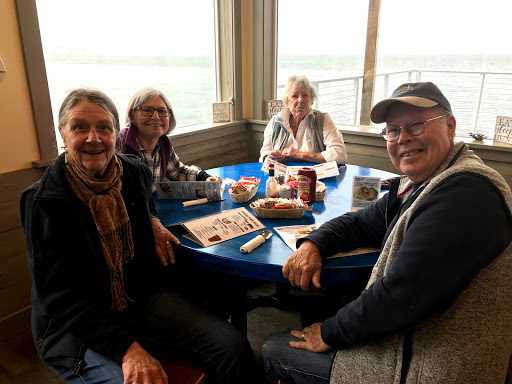 They seated us at a corner table where we could watch the ships and seals in the river.  I had pan blackened fish tacos and I know, I know, it’s a chain with a simply menu but I still love Mo’s.  Rochelle is behind me and Georg is straight across. 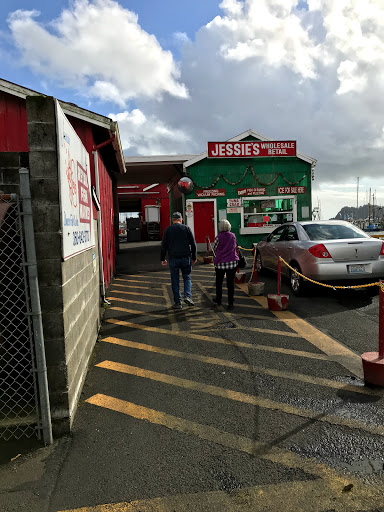 Ian suggested we drive home the “scenic” route and detour to the Port of Ilwako to get fish for dinner. 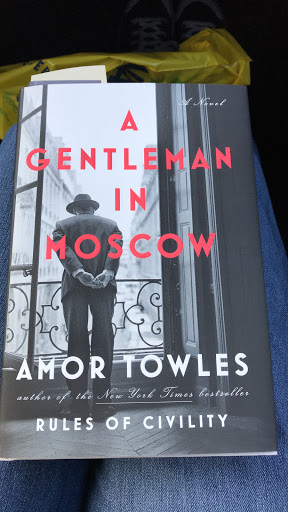 To my surprise there was a very cute independent bookstore on the harbor called Little Time Books.  It took me a day to realize the name is from the saying “so many books, so little time.”  Anyway, it was my birthday and I bought myself a present.  I’ve heard that I’m in for a literary treat. 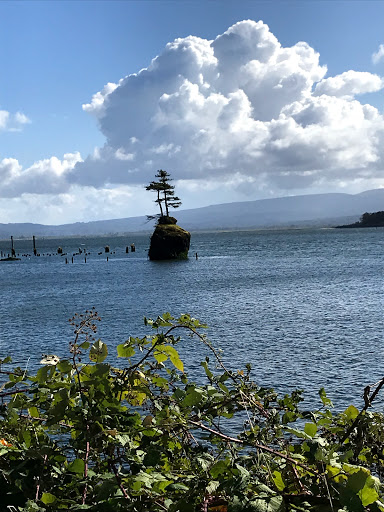 We took Rochelle for a drive around the Grays Harbor area which included a historic marker for the point where Lewis and Clark found the river and discovered they weren’t at the ocean yet, hence the name “Cape Disappointment.”  This littlest island was at the end of Altoona Road and the river is so huge that it looks like an ocean! 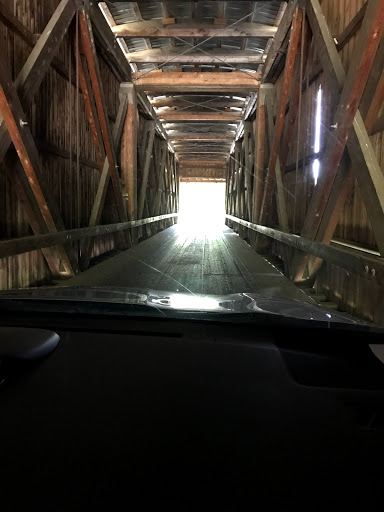 Next stop, the Grays River covered bridge, the only functioning covered bridge in Washington.  According to the historical marker it was built by the Ahlsburg family who owned the property on both sides of the river.  They built a bridge so they could drive their cattle from one side to the other but it was too wet and mucky to be functional - so they covered it!  It’s maintained by a local interest group and the weekend prior had been the venue for a 4H fundraiser, with cloth-covered tables and chairs and a catered meal inside instead of cars. 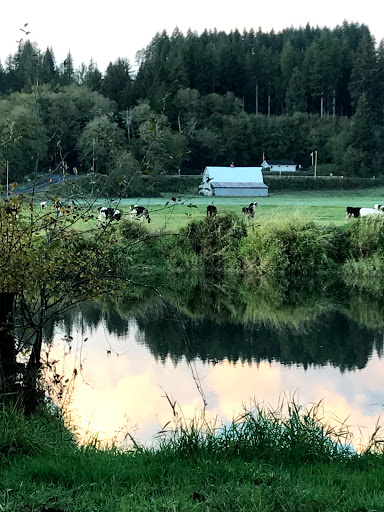 This is the Grays River from Georg’s front yard. 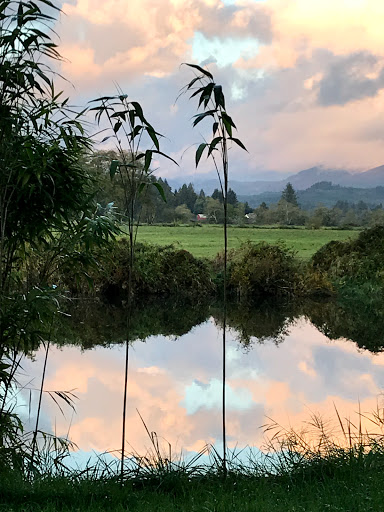 I love this place!  Saturday morning we piled back in the car and headed back for the Loan/Campbell birthday celebration.  Rochelle’s daughter, son-in-law and two grandchildren have birthdays within six weeks of each other so they rented the roller rink for two hours and invited all their friends.  Next stop Tacoma!
Posted by Sharon at 8:52 AM

What a great birthday treat: a road trip!!! Sounds like you had a super time!