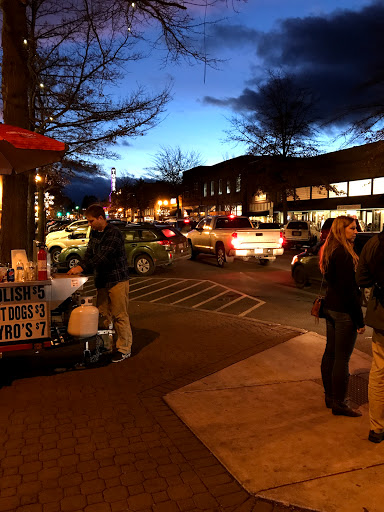 The blogger app started working again after the IOS update yesterday, and that’s a huge relief to me.  I can write a post in 15 minutes instead of an hour!
Bend has a year-round event called First Friday Art Walk where, starting at 5:00 on the first Friday of the month, galleries start serving finger foods plus wine and sometimes beer.  It’s not just the galleries either.  Everyone gets in on the act and everyone comes down to support them.  It goes from 5:00-9:00 and is super social.  Fridays weather couldn’t have been nicer for the event. 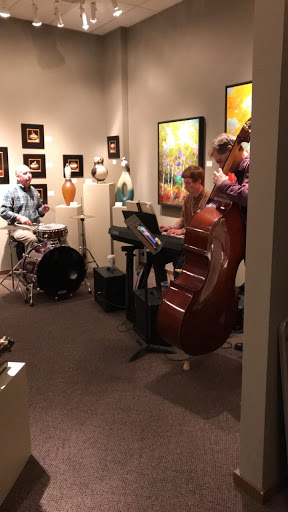 Some galleries even provide live entertainment. 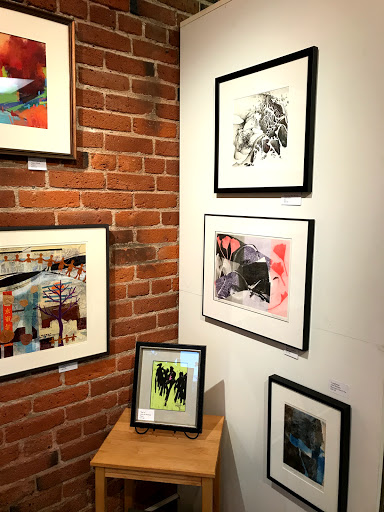 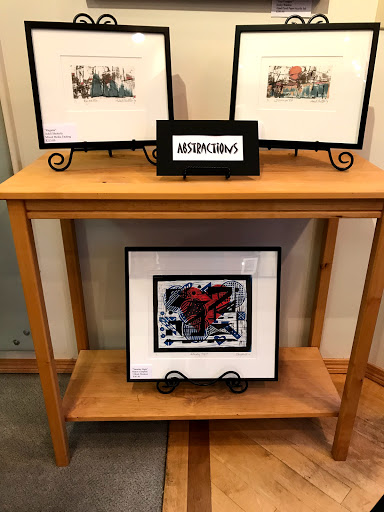 I was invited to place a couple of pieces in a two-month abstract show which was pretty heady for me.  It’s why we went on the art walk but now that I know how much fun it is, it won’t be the last time. 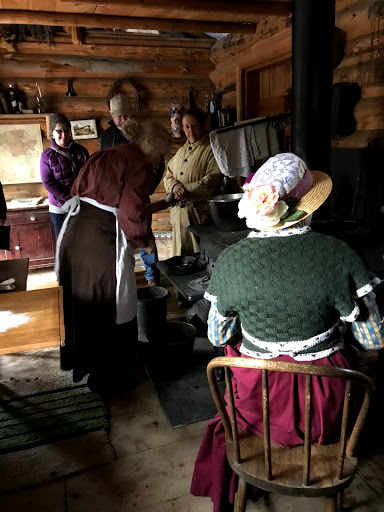 Last weekend was Free Day at the High Desert Museum so I put on my costume and was again a homesteader, but this time without a spinning wheel.  These two ladies are cast-iron cooks so had already baked cookies when I arrived and were in the middle of cooking filling for steak and ale pie. 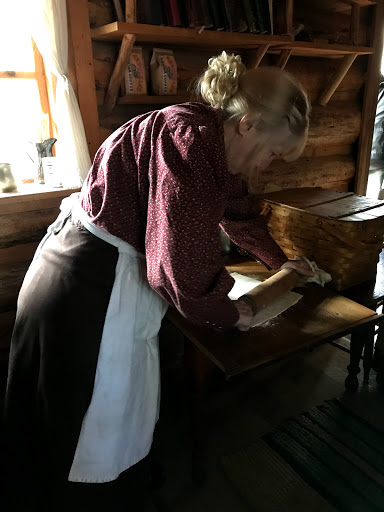 Performing kitchen tasks are a real way to share frontier life with the public.  We heated water on the woodstove to wash dishes in galvanized bowls on a table.  Food is scraped off to be fed to the chickens and when we’re done we toss the dirty water outside.  The lighting is quite dim.  People were captivated.
Mrs. Smith has pie crust just about ready.  She assembled the pie in a shallow cast iron pan and baked it in the oven.  It wasn’t great but it was edible.  They’re collaborating on what to cook for Free Day the end of this month.  I have a couple of trainings coming up and will be better equiped for my role as living history interpreter as soon as school is out and Smart concludes for the school year. 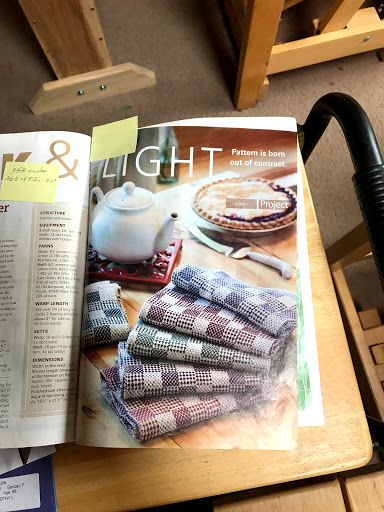 I’m weaving Summer and Winter again but this time I’ll just be using one color for each towel instead of six. 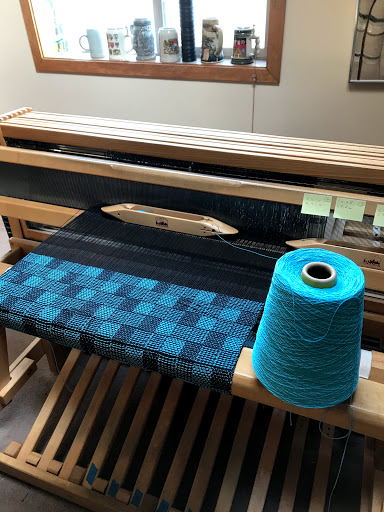 And because I have several cones of black I’m using that for the warp.  It’s finally starting to get interesting though weaving with two shuttles is still very slow.  I keep hoping I’ll be able to get a little faster.  Isn’t it interesting how the light aqua is changed by the black?  Both appear differently than their true colors.
Posted by Sharon at 1:25 PM

I'm glad you're giving that pattern another try because the last photo shows stunning cloth!

I'm glad you're able to volunteer at the Museum. Chances are that you sparked someone's interest in the history of the area! LOVE that summer and winter towel!

I love the aqua and black. It's stunning!