I arrived at Bend Art Center for my usual volunteer shift last Tuesday and felt like I was late.  The studio was in a flurry of activity and clearly work had been in progress for quite some time.  I had my iPad and had planned to read my email and Facebook before doing anything serious, but clearly I need to get right to work.  Oregon Art Beat, a program on OPB and Public Broadcasting was filming a segment featuring our artist Ana Aguirre. 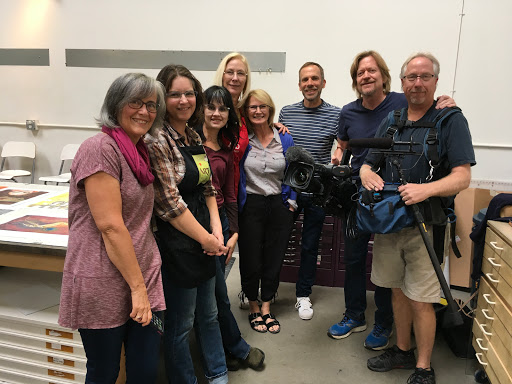 Five hours later when we were cleaning up and the film crew was packing up, I asked everyone to let me take a group picture.  Ana is third from the left.  The last hour of filming they decided to incorporate the five of us in dialogue with Ana while reviewing her work.  Oregon Art Beat always features three artists and each segment is 10 minutes.  This one will air after the first of the year, they thought January or February. This is a wonderful opportunity for Ana and great PR for the art center.  Plus it really was fun to be part of it, though I hadn’t intended to work for four hours when I went in that morning. 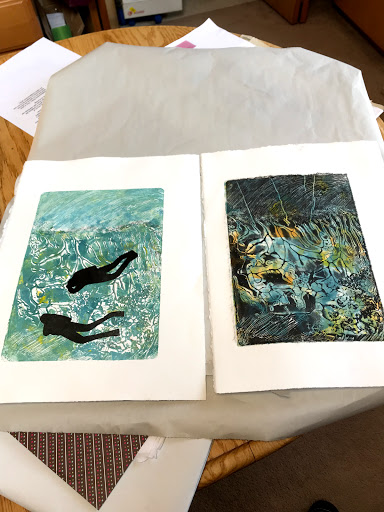 Thursday I was back in the studio working on prints for the member show in December.  The show is called Deja Vu and the prospectus says we are to submit two prints that reference each other.  Two years ago I had a print selected for the show but last year I was unprepared and had nothing to enter.  The deadline is early - October 15th, and we’re leaving for a week right after that so I knew either I started working on something now or I had to forget about it.  Both prints use the same collograph plate, so Saturday I showed it to one of the teachers at the art center and asked for her comments.  She feels that the right print might benefit from also having a diver.  “Play around with it.”  So tomorrow when I go to my volunteer shift, I know what I’ll be doing - playing around with it. 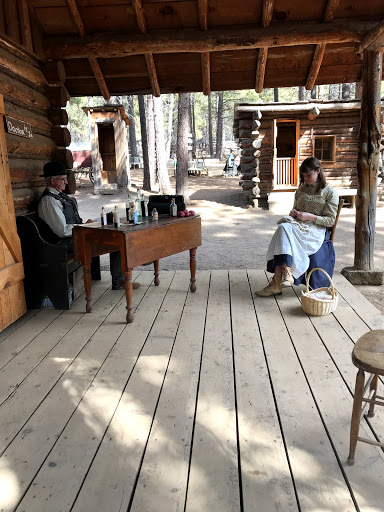 Friday was a beautiful day at the High Desert Museum Miller Ranch.  Ordinarily the ranch would be closed on weekdays after Labor Day but enough of us volunteers agreed so it’s still open on Thursdays and Fridays through the end of this month, and then just weekends after that. 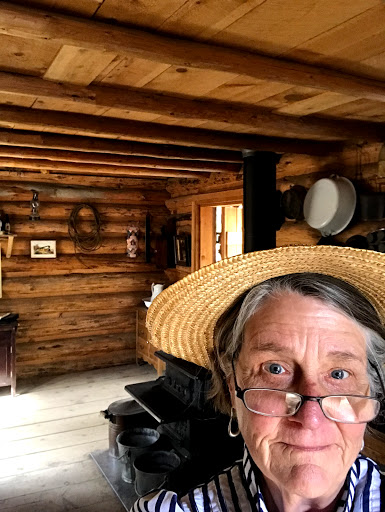 The 12 x 20 square-foot ranchhouse is a replica of one that was home to a family of seven.  The loft is open for several feet next to the back wall and using a ladder stashed in the corner, the five children would have slept there in the winters, and on the porch on sleeping palettes in the summers.  The living history department is down a full-time staff member so I’ve agreed to volunteer for Harvest Day and then I’m done until after school lets out next spring. 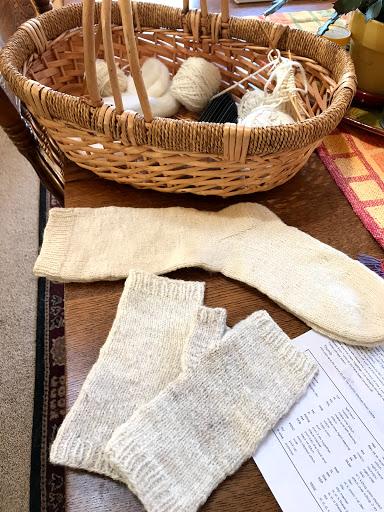 I knitted these socks last summer and just finished these mitts.  I have another pair on needles and will give both pair to Linda before I leave.  She’ll need them on the weekends when they’re bundled up, waiting for the wood stove to heat the cabin. 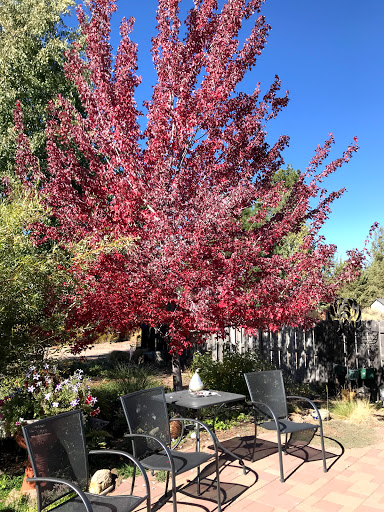 The weather is changing quickly.  It was 27 this morning and Ian has already pulled up the tomatoes.  I see red maples all over town and am excited that we have one of our very own. 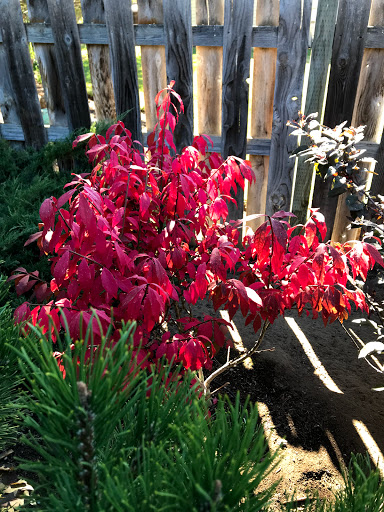 My very favorite is the Burning Bush, eunymous elatus.  I planted this the first year so it’s got a long way to go before it’s mature.  It’s so red that it looks fake.  I’ve wanted one of these for at least 20 years and now I finally have my own.

Squee; you'll be on OPB!!! I really like both your prints, and it's fun to see you enjoying flora you love.

Once you decidedto move to Bend you’ve never looked back. I’m so impressed with everything you do. It seems like the community has much to offer and you’re busy woman. And you sound happy!