The Winter of my Discontent 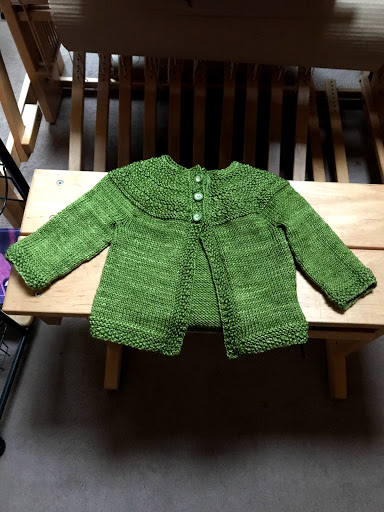 The Morton’s neuroma in my left foot has become so painful in the last couple of weeks that I have to limit walking to what’s absolutely necessary.  Which means I’ve been doing a lot of knitting and reading.  This is the sweater I’ll give at my granddaughter-to-be’s shower.  I’m pleased with how it went through the washer and dryer - Malabrigo Rios. 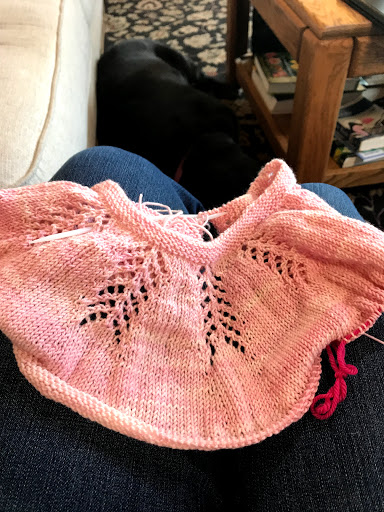 I’ve started another sweater from Swans Island wool which is machine washable in cool water but the instructions say to dry flat.  I’m disappointment and would not have bought it had I realized that ahead of time.  I’ve decided to dry it on low and accept the results.  A baby sweater needs to be easy care. 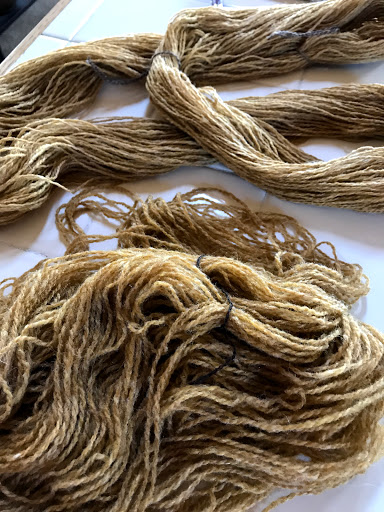 I got the Bartlett yarn skeined and washed.  This is actually weaving yarn so you can see the spinning oil on the skein in back makes the yarn look like linen or twine.  After washing it blooms and doubles in the volume. 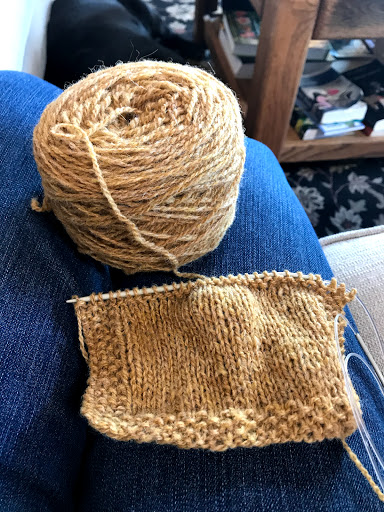 I’m in the process of swatching now. 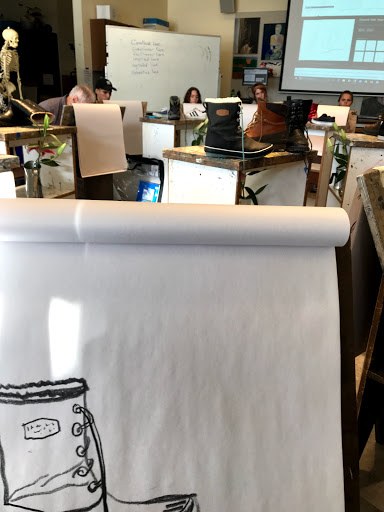 The first week of my drawing class is over and we have nine weeks left.  It seems like a tall order to become proficient in that short space of time but Bill Hoppe assures us we’ll be happily drawing by the time the class ends.  Last Wednesday we drew lilies and our shoes.  I was wearing snow boots that day as you can see  The hike up to Pence Hall is murder on my foot.  I have an appointment with an orthopedic surgeon this Thursday and hope he’ll at least give me another cortisone shot for some temporary relief. 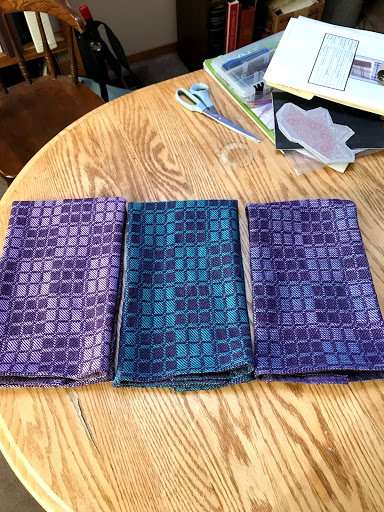 I’ve finished the Classic Drall towels which is simply Turned Twill in little squares.  They seem drab compared to the turned taquete towels I like to weave.  I think I’m going to use a profile draft and come up with another configuration of them.  The towel on the right is variegated yarn that I bought when I first started weaving.  I bought three cones thinking they’d be so useful and versatile.  I have yet to find a way to use variegated yarn in a way that I find pleasing.  I still have two partial cones left and they’re going to the thrift store.  The dust on top tells the story. 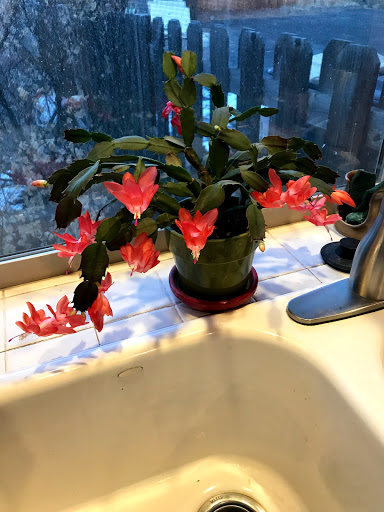 This Christmas cactus didn’t bloom in December, but it did bloom like this in October for my birthday and now again for the new year.  My son was impressed and wanted to know the secret to my success.  I have no idea.  It’s lucky to be alive given how often I forget to water it. It’s so pretty.  I really need to be nicer to it.
We’re going to see the matinee showing of Kiss of Spiderwoman at the theater where we have season tickets.  None of our friends want to see it and I’m not sure I do but it won six Tonys so it did something right.  This is the theater company’s most ambitious production to date.  They’re even going to have a ten-piece orchestra - don’t know where they’re going to put them in that little space but it’ll be memorable for sure.
Posted by Sharon at 12:31 PM

Ouch; sorry about the foot! Not being able to exercise affects us in so many negative ways; I hope the doctor can give some relief.

I like the righthand towel the best. It has the unexpected to make it more interesting.

Kyle Walker said...
This comment has been removed by a blog administrator.
11:06 AM