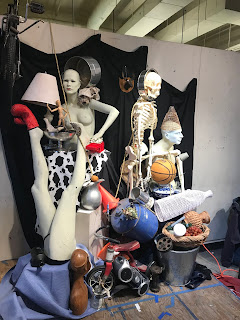 We are halfway through the semester which means its time for our midterm.  The 9:00 class assembled this pile as a still life study for both of our classes.  At first it felt like they were punishing us, but they have to draw it too. We're to pick an area to focus on, not draw the whole thing. 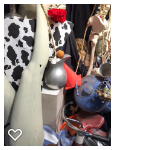 This is the area I chose and I wish I had zoned in on a smaller area. 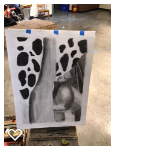 This is where I left off on Monday.  I asked my instructor if I could skip Wednesday and attend my book group.  "What book are you reading?" he asked.  He was fine with it and I'll finish up this Monday afternoon. 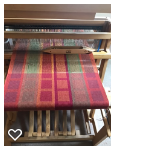 This is my current warp.  I was short on colors and didn't think this through carefully enough.  There's a big problem with the values - just hope they attract buyers.  I called the orthopedic center and found out that my insurance approved my surgery last Monday so hope to hear from them this week.  I suspect this is the last warp I'll have time to weave for the next couple of months. 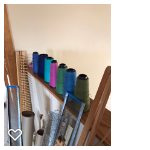 These are the colors I'm short on, all of my favorites.  Webs is backordered on Stone Green, a color that I use in many colorways, so I'm trying to come up with some alternatives now that I have received these eight colors. 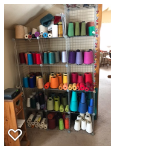 The cupboard looks pretty bare, even after I plugged in my new yarns.  I called Eugene Textile today and order three additional colors that I'm limping along without.  I'll be lucky to sell enough at Fiber Market Day the end of March to cover some of my costs, but I remind myself that I'm lucky to have a hobby that pays for itself. 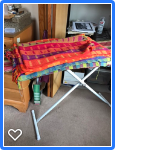 These are the previous towels, waiting to be hemmed.  I'm trying to get as much weaving as I can before I'm stuck with a surgical boot for six weeks.  Ian says he doesn't mind that he'll have to drive me during that time.  Gerry Sharp, one of my friends at SMART (the program where we read to kinders) has said that she would be glad to pick me up and bring me home during those six weeks.  I hope to wind several warps while I'm passing that time, including some Campbell tartan dish towels. 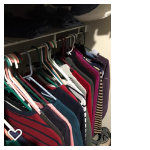 I read some where that at the beginning of the year you should turn all your hangers around backwards, then after you wear and launder your clothes, put them on the hangers turned the correct way.  At the end of the year, pull out the clothes whose hangers that never got turned around and take those clothes to the thrift store.  So I'm one month into this and wearing an awful lot of the same clothes.

I think we all do – wear a lot of the same clothes, I mean. I hope your surgery comes quickly and your healing is just as fast!

Hoping you'll heal quickly....there's lots of weaving to do!!!