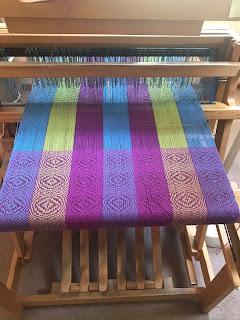 I've decided to back off on weaving to sell and instead try new things, like this draft designed by Linda Gettman, a woman in our guild who periodically has her patterns appear in Handwoven.  And in fact, she was in the most recent issue, appearing on the cover. 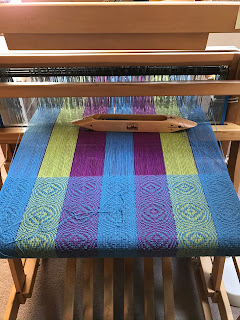 These are the colors I said I want to weave next and this is how they're turning out.  It's pretty fiddley for me.  I don't have much experience in weaving with extended treadling sequences so have had to unweave more than I'd like. 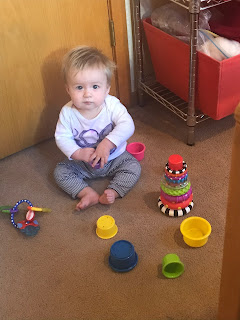 Since Delaney still isn't traveling about I can get away with about an hour of weaving when she's here, and then she's done. 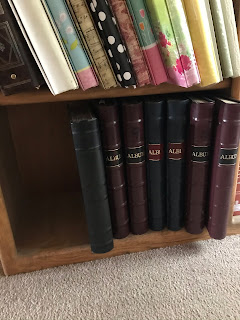 I'm involved in a project that I can do while I'm watching her and that's removing the photos from photo albums where they never get looked at and take up an entire shelf in the bookcase.  We need the shelf for books. 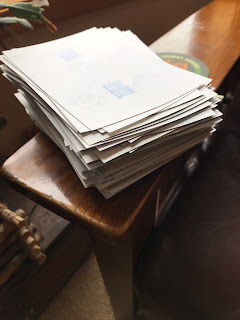 This is how many photos are in one album and a lot of them are the same thing taken several times, and then there are the pages and pages of the Great Reno Balloon Race. We used to live very close to the park they launched from and they often would land on our street, and one time put down in our front yard and for that we were gifted with a bottle of champagne. 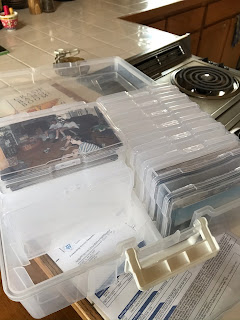 This is the storage system that I bought on Amazon.  The outer case holds 16 smaller ones that hold 100 photos in each.  I'm noting the year on the upper right corner on the back and labeling each case with a sequence and with the time span contained.  I'm also shedding a lot of photos.  I'm really enjoying seeing them again and getting into a more interesting form. 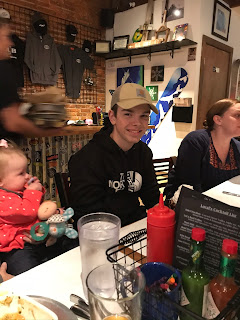 Sunday evening the whole family went out to celebrate grandson Evan's 16th birthday.  And next to him is his little cousin, 15 years his junior.  Life is funny like that.. 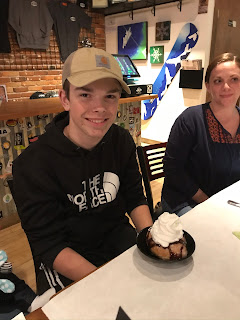 After dinner the wait staff brought him a whipped cream covered donut to make it official.  Wednesday he got his drivers license and now it really is official. 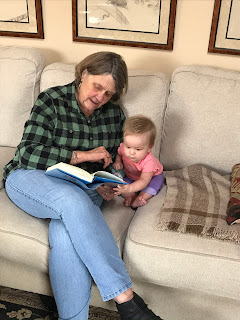 I've discovered that Delaney really likes me to ready my book out loud to her. 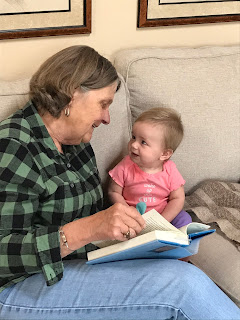 She vocalizes and looks intently at me as if she understood every word.  I don't get many pages read this way but I get all the pleasure in the world from her responsive engagement.

What a blessed baby Delanie is!