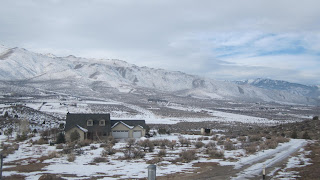 I took the camera with me when the dogs and I went for a walk on Thursday.  I've been taking them for a walk whenever it got up close to freezing.  We haven't had snow in weeks but the temps just haven't let it melt. 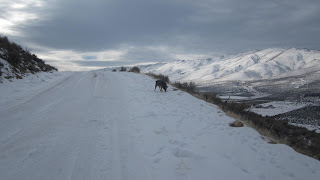 The road can be a little slick in spots and I have slipped a couple of times but its' really not too bad as long as I bundle up good.  It's good to get out of the house. 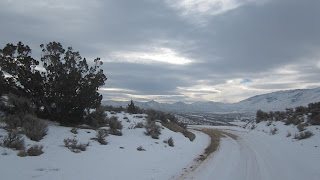 The high desert is pretty in its own stark way.   The phone call I've been waiting for came yesterday.  I'm finally getting trained on the new school district library catalog and my first day to sub will be Tuesday.  I'll be at North Valleys High School all day - no more cabin fever for me. 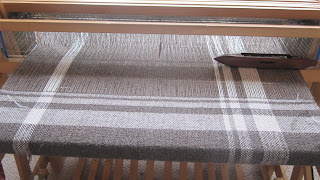 Meanwhile, I've been working on the lap robe for our grandson's Waldorf school fundraiser later this spring.  We're going to San Francisco for "grandparents day" in March and I'd like to have this finished before then. 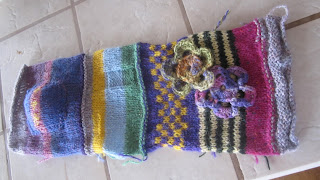 I finished the yarn bomb for our gate but I can't sew it on until it gets warmer.  My fingers don't work when they're that cold.  I will have it on the gate by Superbowl Sunday, no matter what. 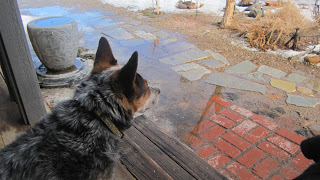 Today it's 40 degrees, warm enough to melt snow finally, but the ground is frozen so there's no where for it to go and no more walking until this stage passes.  The dogs don't like it.  I don't like it. 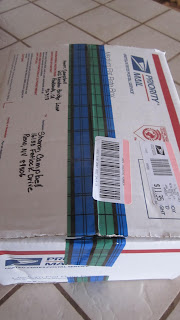 My sister-in-law just shipped Alexia's toys that got left behind at New Years.  She brought along a tote of My Littlest Pet Shops and generously shared them with the other children, which kept them entertained and us grateful.  I never knew you could get Campbell tartan packing tape.  I want some! 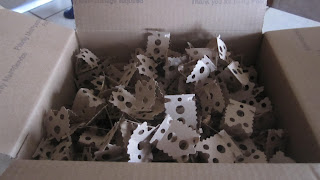 And aren't these little paper packing "peanuts" interesting.  I'm wondering how they could be used in a craft project.  They're just too interesting to throw away.  Anyone seen these?  Anyone know what to do with them??

Pretty tape and funky "peanuts" - all new to me!

Well, computer gremlins keep eating my posts, so I'll try one more time! Yay for the thaw although sad that you and the pups can't go out and play. I adore the lap robe. It will be a welcome addition to the fundraiser as it looks so perfect to cuddle up under on a chilly night. I love that when you have the white, cloudy skies, your scenery is still spectacular.

Love those 'peanuts' - definitely save them, you'll eventually think of a fun way to recycle them.....other than using them as peanuts again.

Whoo Hoo on the library job!