Our Week in Bend 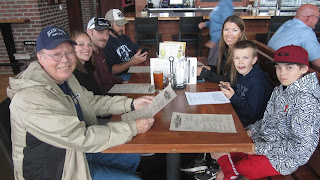 We spent the first week of our vacation in Bend Oregon where both of my sons now live.  They were able to take several days off so we didn't do touristy things, but just hung out.  It rained most of the time we were there so we managed to turn eating into an activity. 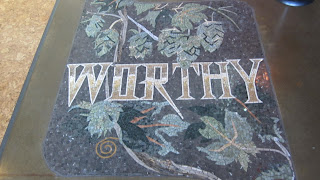 Our first lunch out was at Worthy, a recently opened brew pub.  They've decorated the floor with beautiful mosaic tile work and this is on the entryway floor.  Bend identifies with their brew pubs.  It's big business because the water is so pure.  We went to Logan's baseball game Thursday afternoon and the talk was about Worthys - was it worthy, or not?  The food was reported to be bad the first few weeks but Matt wanted to give them another try since they'd had time to get their kitchen sorted out. 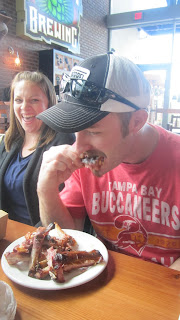 Matty ordered ribs and he got ribs - probably a couple pounds of ribs.  I got a Reuben sandwich that had to be three inches thick.  I could only eat half and best of all, the slaw was good.  Few restaurants made a good slaw.  It's a good thing I only visit Bend.  I gained five pounds in that one week! 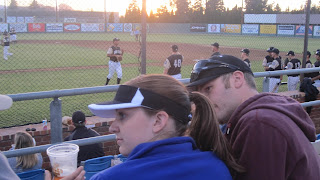 It rained Thursday night so we waited until Friday to go to the Bend Elks game.  This is a summer collegiate league and I love their games.  Bend does too!  Julia and Matt are both wearing Bend Elk hats they bought that night.  Bend loves their team and it's a huge family event.  I'm so pleased for Matt and Julia.  They moved to Bend to start over.  Jobs here hadn't panned out.  My grandson Logan moved into his brother Evan's room and gave them his - the entire family wanted them to move.  Matt said it took a grand to pay for the move, but the gamble paid off.  They both got jobs right away that they like and are committed to making Bend their permanent home.  I miss them here but I think they are in the right place to build their future. 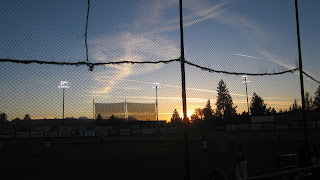 It was an absolutely beautiful night for a ball game and the forecast held - no rain. 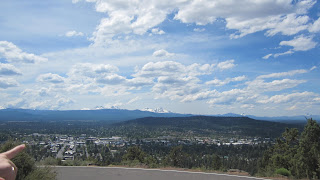 We drove to the top of Pilot Butte which is near to the downtown and very close to the elementary school where DIL Missy teaches.  This is a shot of Broken Top and Three Sisters, all volcanoes in the Cascade range. 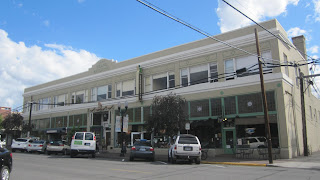 One of the things that makes Bend unique is that they celebrate their downtown, where so many towns of this age have abandoned it.  They host several races and craft fairs throughout the summer months. I was struck again by this when we drove home through Susanville, a town that has a beautiful but derelict downtown. 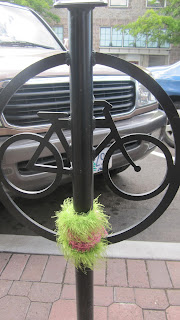 Art is everywhere.  You can install a yarn bomb here with impunity. 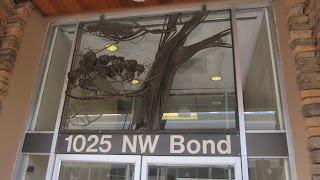 All the roundabouts have sculptures in the centers and business are also eager to participate.  I think my boys are in the right place. 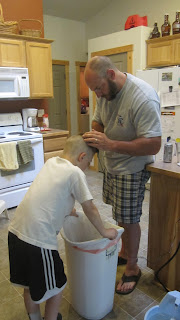 Matt dug out his clippers from storage.  DS Josh is shaving Evan and the cutest picture of all that I was too late to catch was Evan shaving his daddy's head.  We even squeezed in a game of Apples-to-Apples, sitting in a circle on the deck.  The boys both love that game which makes it extra fun. 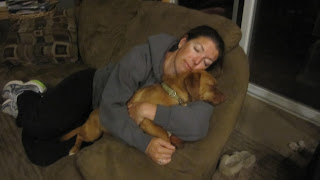 Missy is on summer break but still gets up to meet friends each morning for a run.  We pretty much all looked like this by Sunday night.  Monday was a workday and we left Tuesday for Washington to see my sister-in-law, Georg. So that is our week in Bend in a very small nutshell.

What a surprise to see your pictures! I live in Bend. Even more surprising was see your picture of the O'Kane Building (the building downtown) because I sell my work at the Red Chair Gallery in that very building! Did you go in the gallery and happen to see my scarves?
Best wishes
Stephanie Stanley

Bend looks like a great place to live. And it sounds like you are having a wonderful time on your vacation.