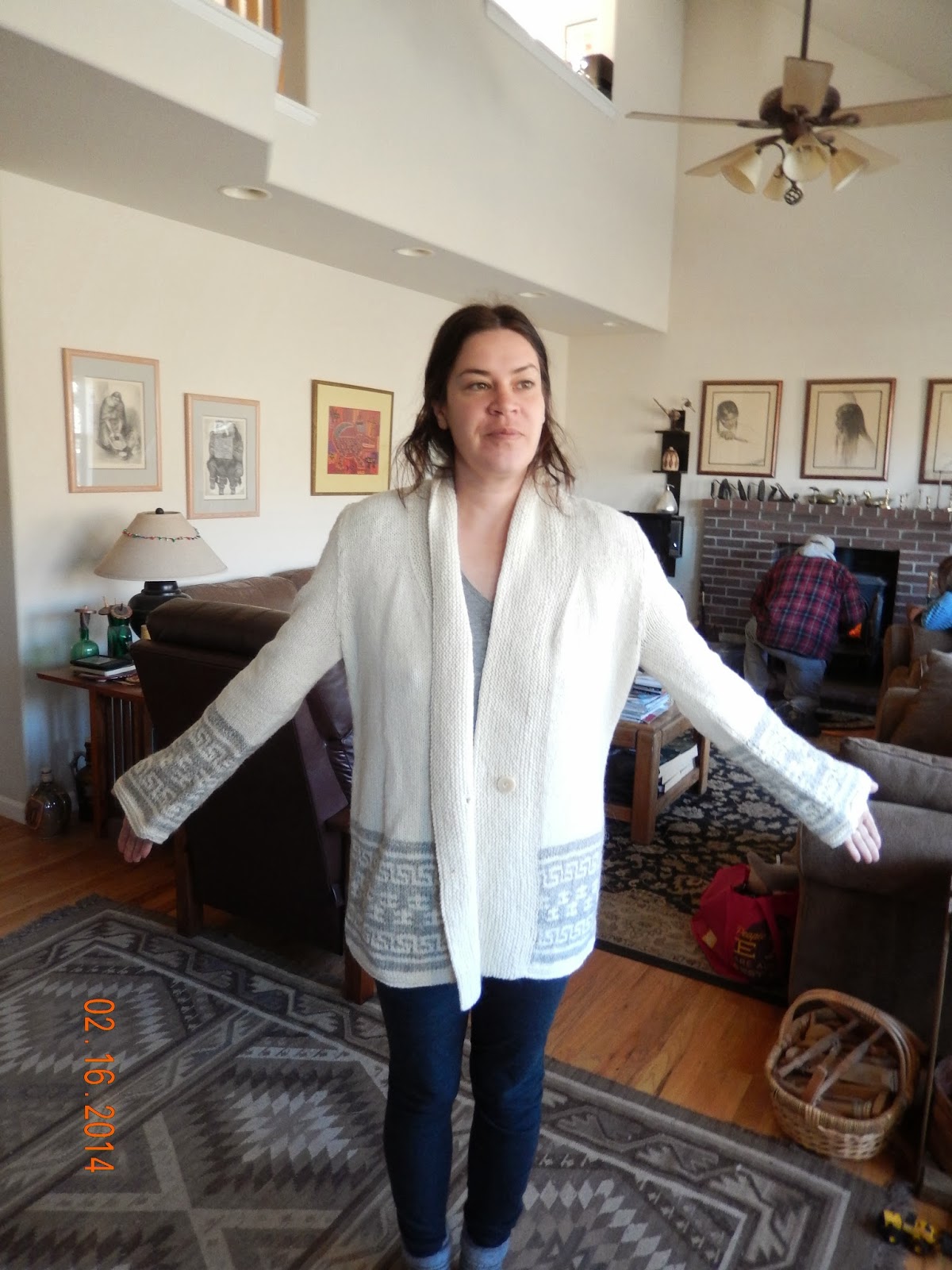 Little Sharon, Michael and Noah have made it a tradition to come up from San Francisco for a visit in February.  This got started when they wanted Noah to have fun in the snow and until this year the weather has obliged.  This visit was cold and dry.  Sharon loved my blue-ribbon sweater from the fair a couple years ago and I told her I'd knit her one if she'd buy the yarn.  I haven't worn the sweater one time since the fair and decided it would be a greater good to just pass it on to her.  I don't think she took it off the entire time they were here.  It's too big but that's the way she likes it she says. 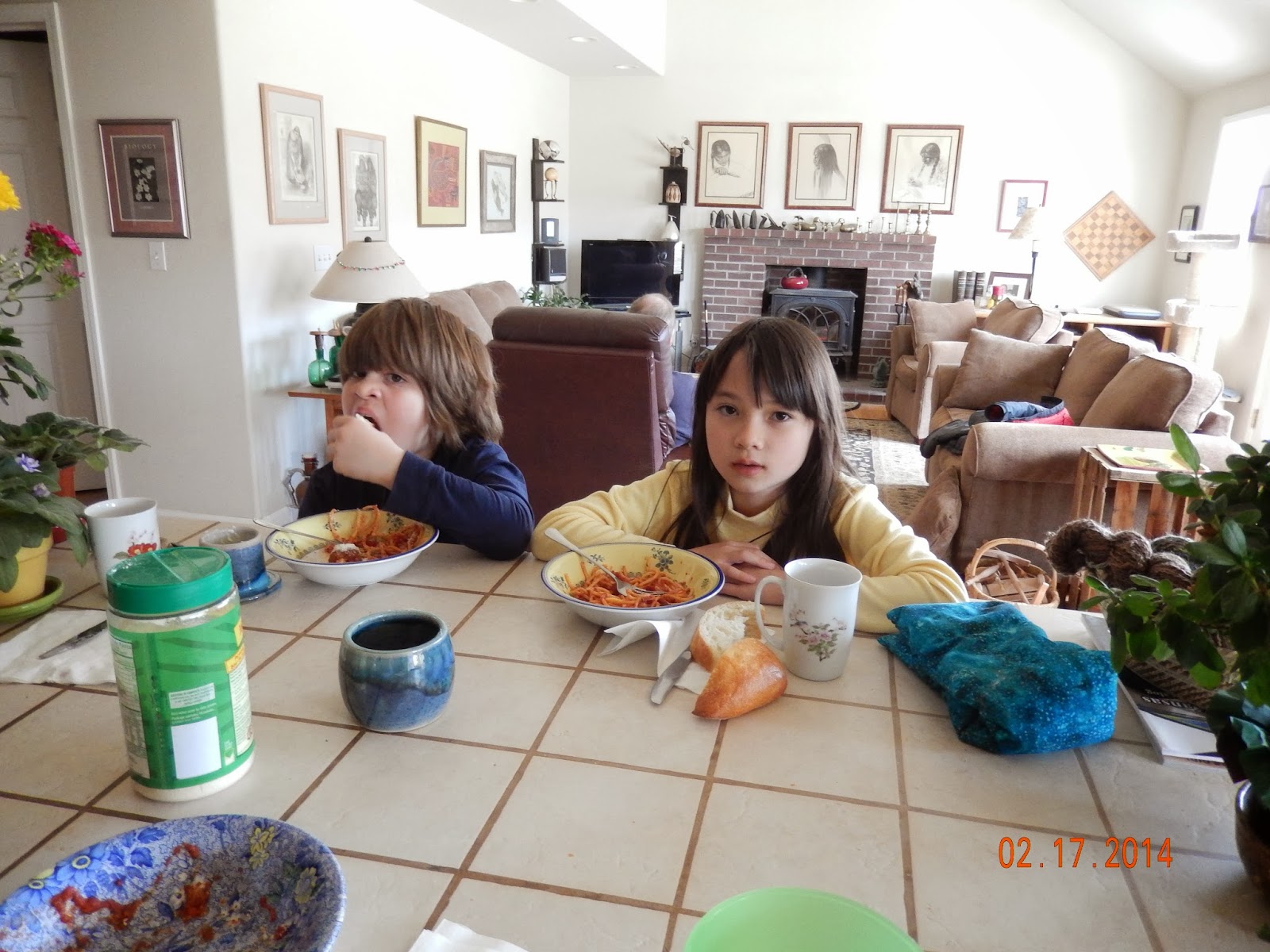 Noah anticipates a visit with Hiroka, our neighbor's daughter.  They only see each other twice a year and in spite of only being eight years old, have become good friends.  They played for about five hours with a lunch break and continued until about 3:00 when the "she/he won't share" started.  They'll see each other again at Labor Day.  The February visit is a very good tradition. 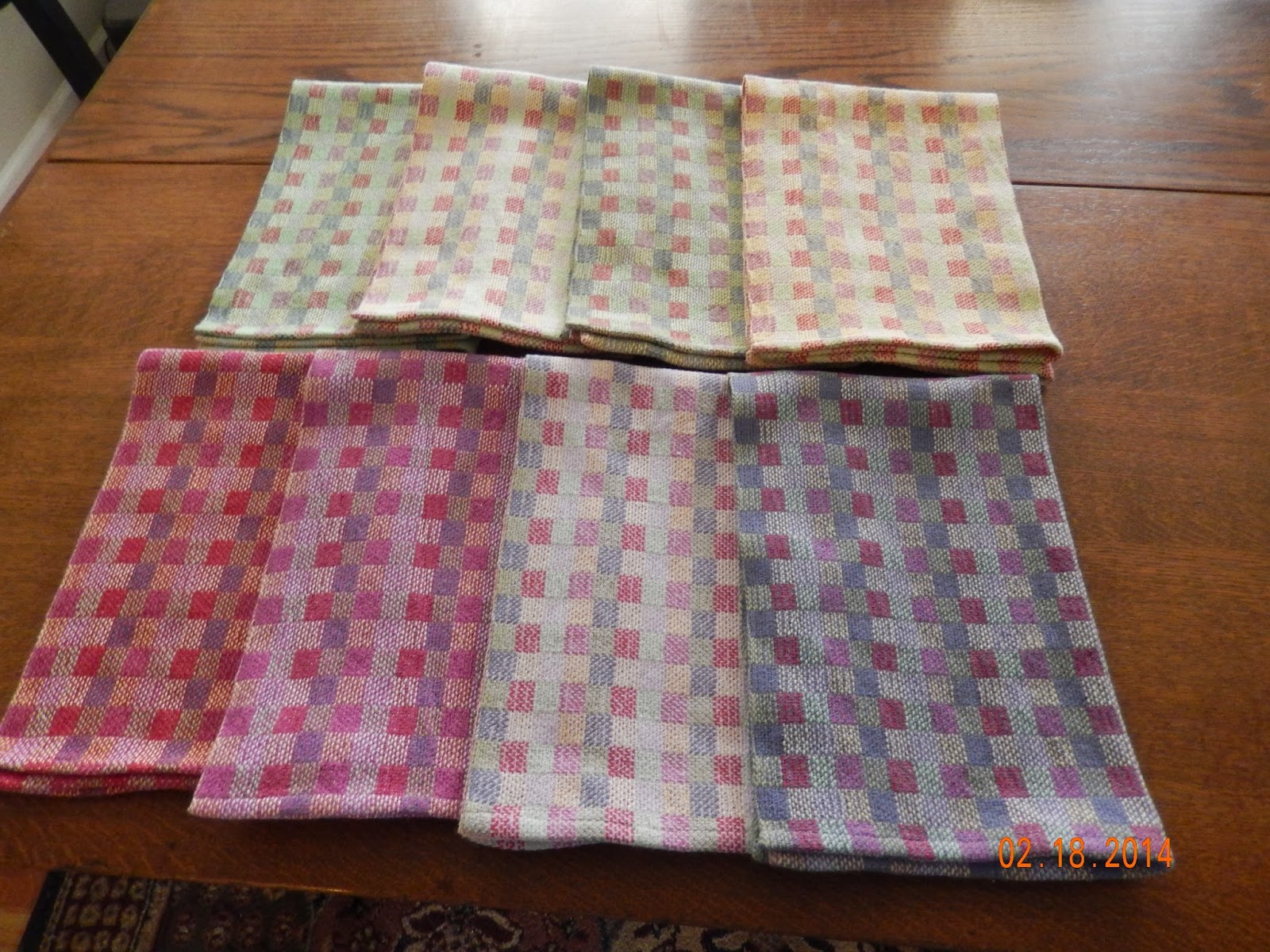 The kids left early Tuesday morning so I finished up the Springtime Medley towels and loaded them into my Etsy store which has been empty for five months.  I realized when checking the sales and stats that I neglected to load search words.  Groan.  Etsy wears me out.  I'll get back to that later - not this week. 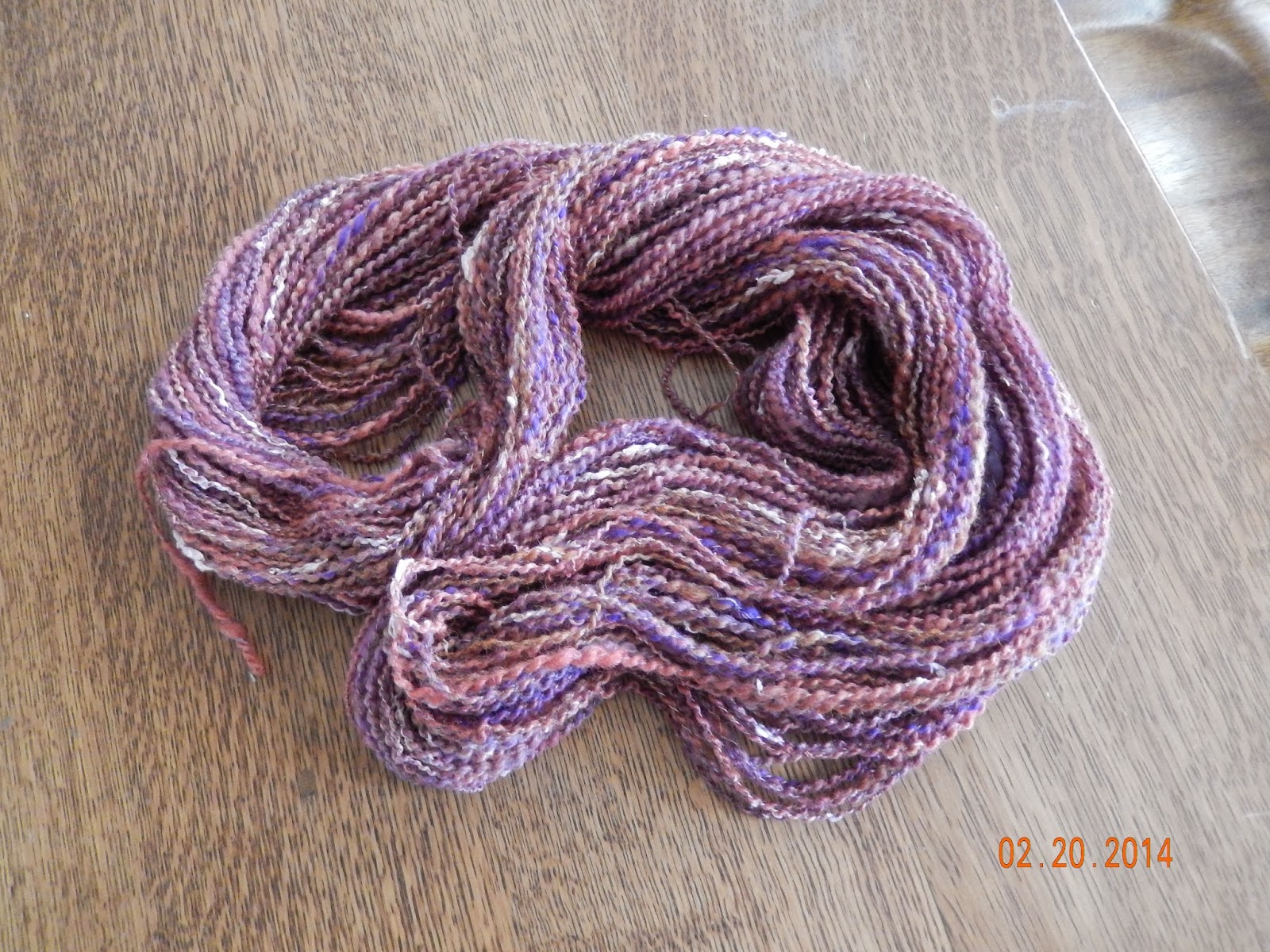 This is the last handspun I finished for warp.  I thought blending 2.2 ounces of fiber was ample to get enough yardage for an 8" scarf but when I wound this warp, I had less than 6" - so disappointed.  I guess I'm still learning and always the hard way. 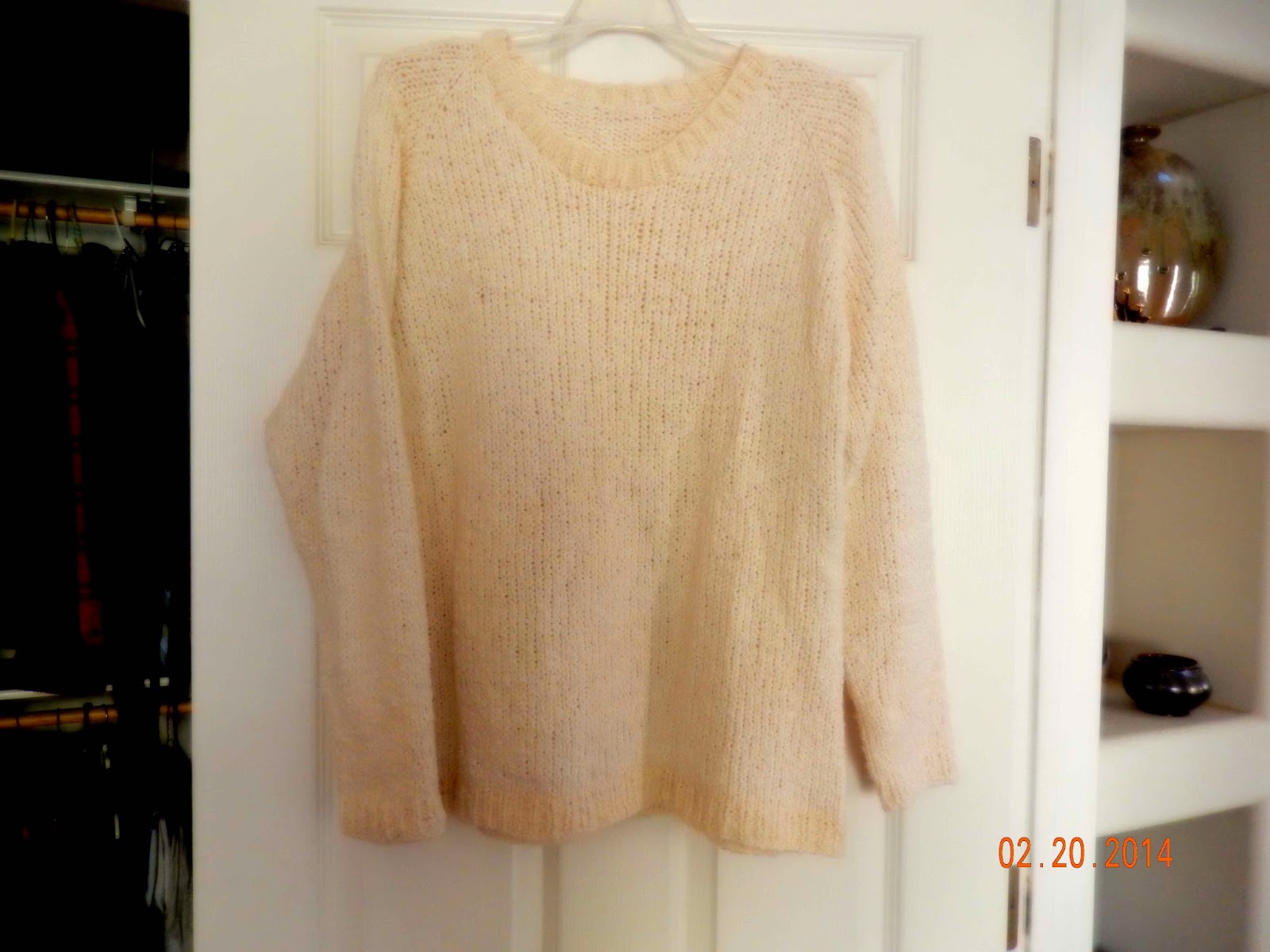 And I did finish the white cotton sweater.  It ended up being 3.5 stitches to the inch, i.e., really open and not warm.  I put it on to go somewhere but the second I got out of the house, the cold bit right through.  It's still awaiting it's debut.  It looks great but there wasn't enough yarn for a shell after all.  I thought I'd making a cotton scarf. - see how that goes 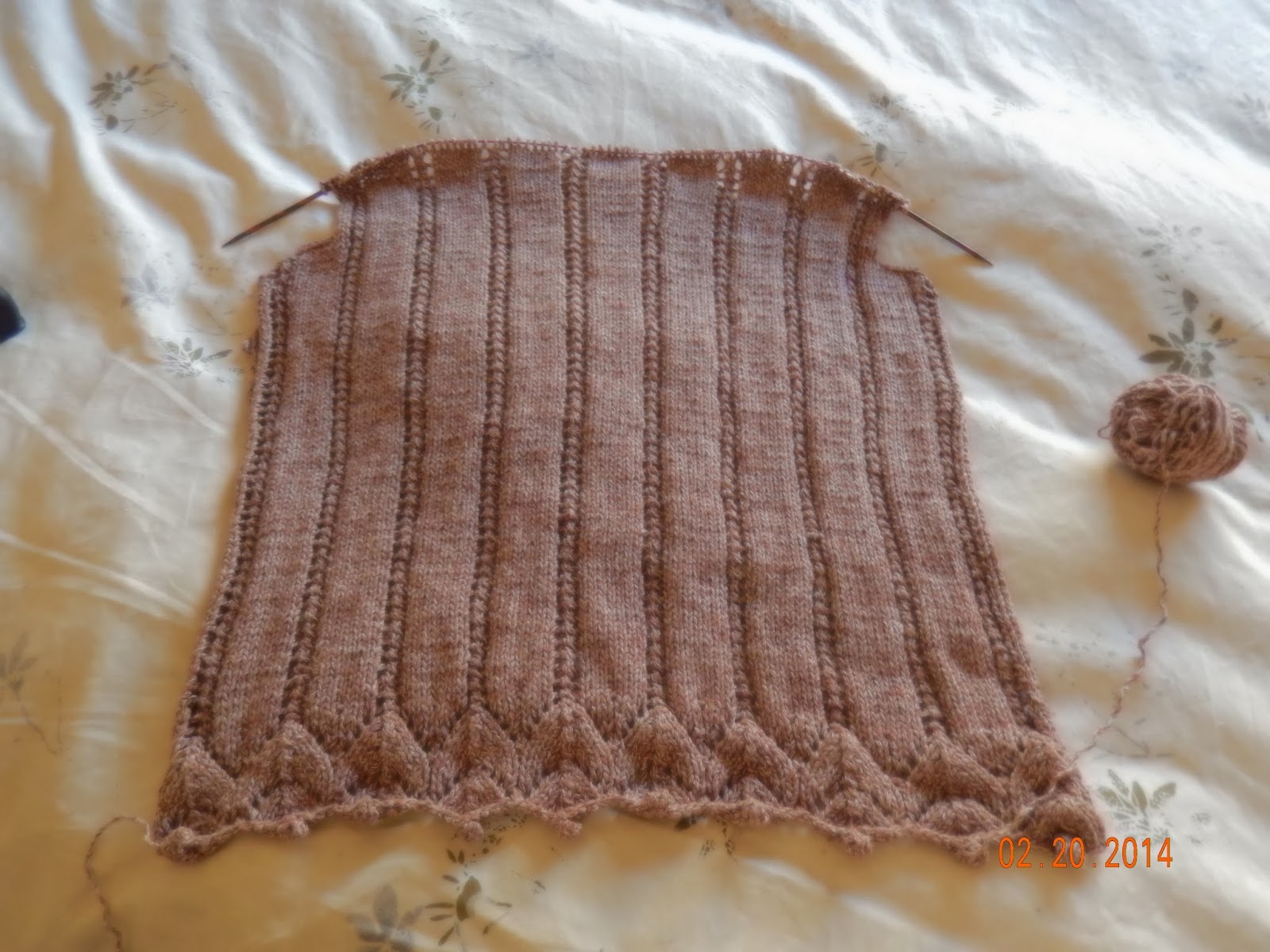 Today is Thursday.  Yesterday was my yoga studio day.  Carol introduced me to two new poses and I'm pleased with the flexibility and strength I'm gaining.  When Ian visited our GP for his annual visit today, our doc knew the studio I'm using and the teacher and he himself a yoga practitioner approves. And then there's Thursday.  I climb out of bed like a decrepit old woman, which I am, and recognize that this day has to be one about recovery.  I've returned to my Robaxin prescription and take my muscle relaxant mid-morning.

This seemed to be a good day for knitting.  I thought I was out of knitting but found the project (pictured above) in the closet.  I had made a mistake that needed to be torn out and instead, just quit working on it.  I've fixed the problem and started back to work on it. 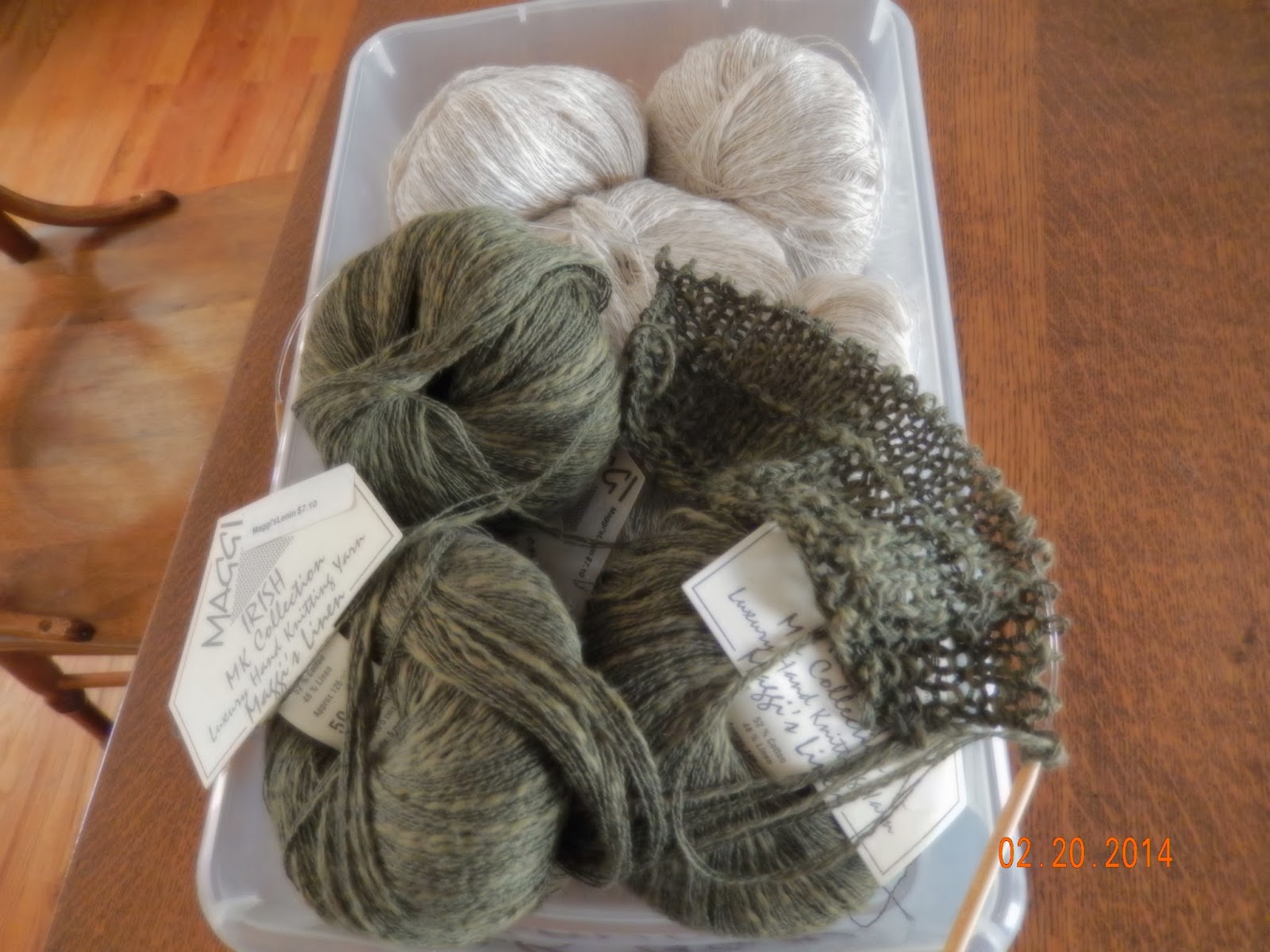 And while I was fishing around for knitting, this box literally fell out of the closet.  It's some cotton/linen that Melissa left last summer.  I'm swatching it but it feels like knitting with macrame hemp.  At least it's something to knit on and that means I'm not out of knitting - yet.

The Reno Fiber Guild weaving outreach is fast approaching.   The program is a partnership with the South Valleys Library - they're providing the space and advertising.  If you're in this area and would like to see what weaving is about, check us out here.