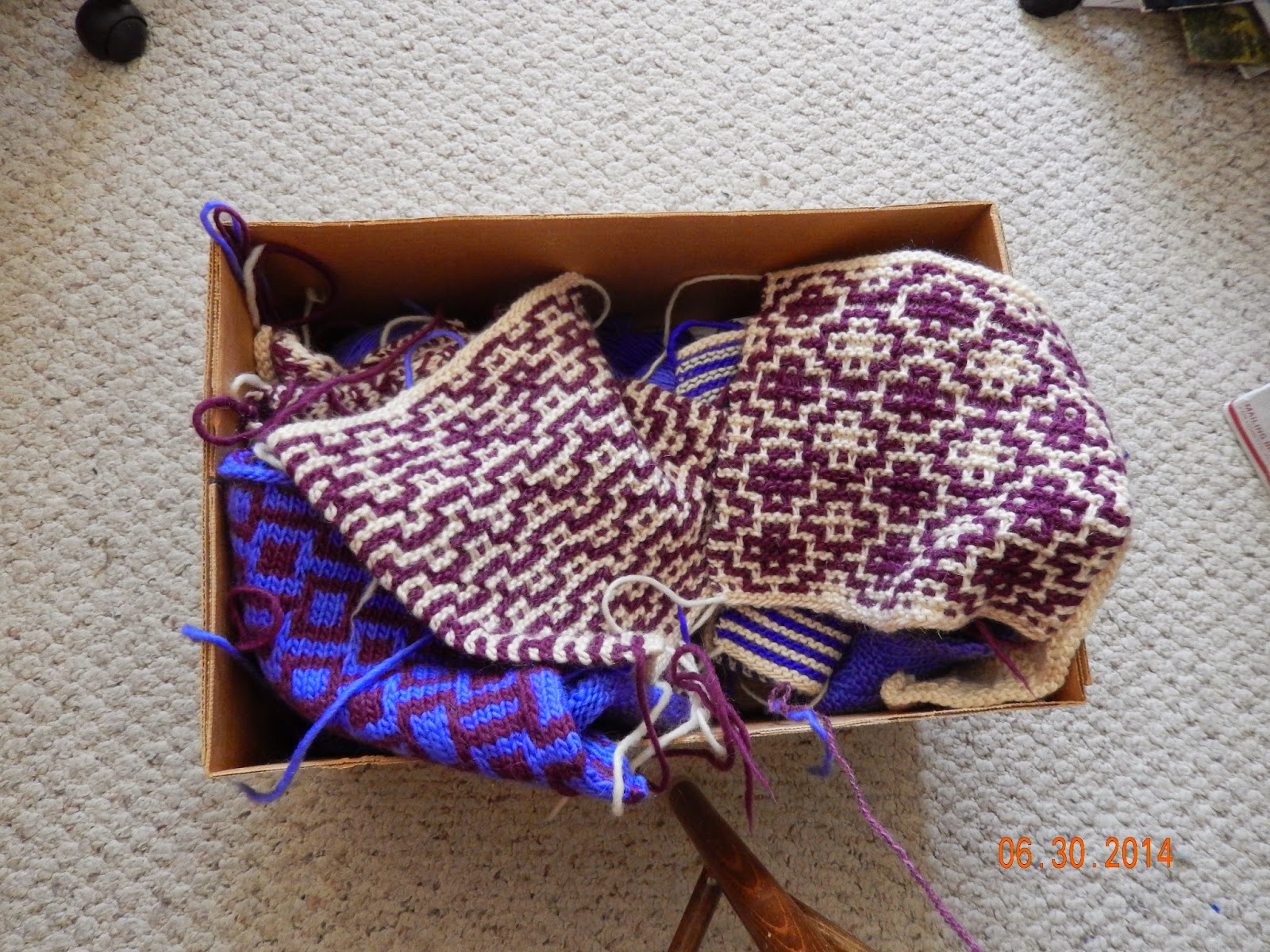 About 15 years ago - oh my goodness, that seems like a lot - Allison Judge fostered a knitting group in the Carson Sierra Spinners and Weavers guild using a book of slip-knit stitch swatches to make an afghan.  I have had this box of swatches ever since then.  I'm very serious about getting rid of dead weight in my studio and have decided to see if I can turn these into felted bags. 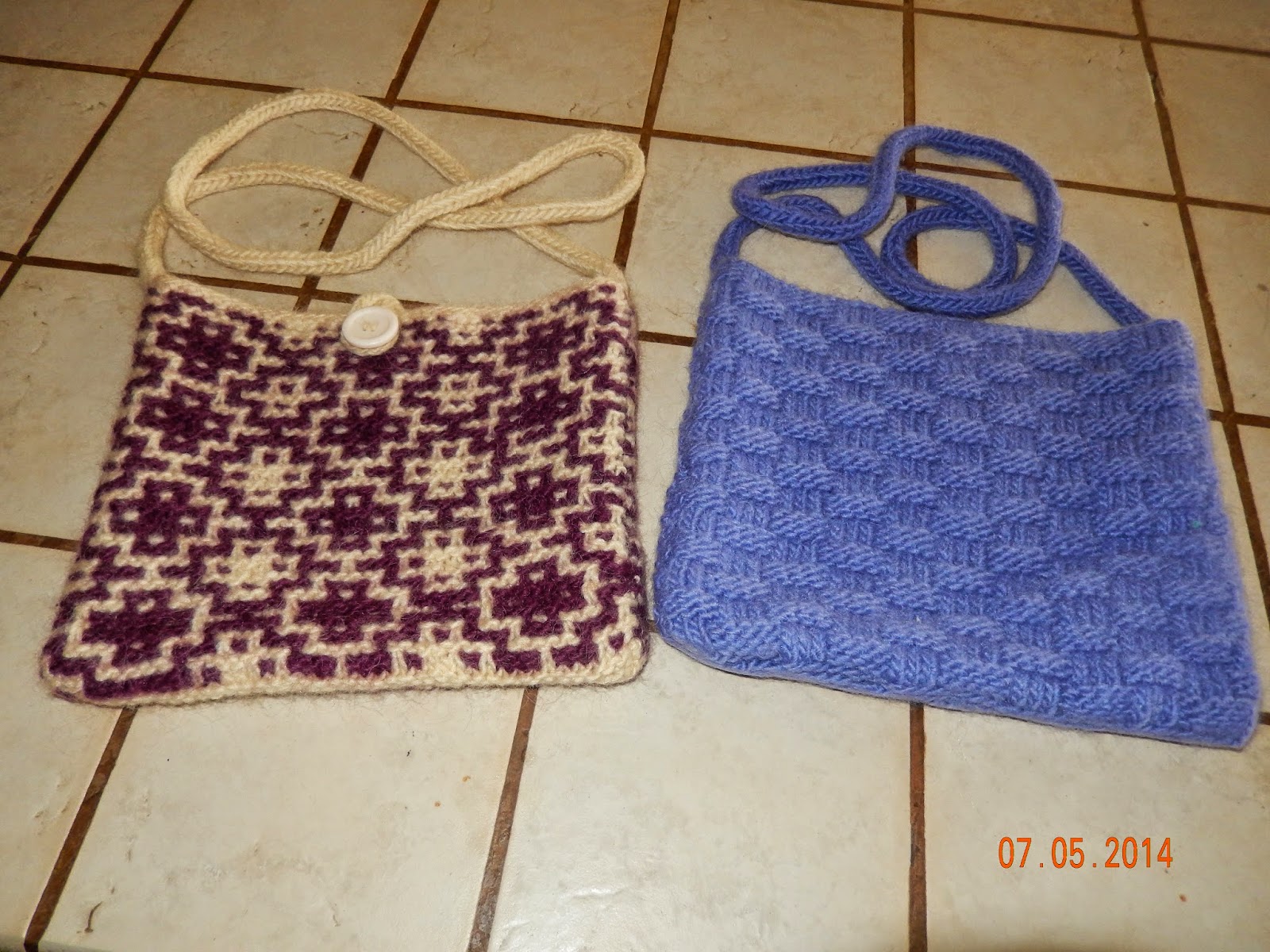 So far these are my two attempts.  Their i-cord handles are pretty stretchy so I'm exploring ways to make them sturdy, including running a line of monofiliment through, and then pulling a cord behind.  The yarn is Lamb's Pride worsted and it felts very well.  I'll figure out something. 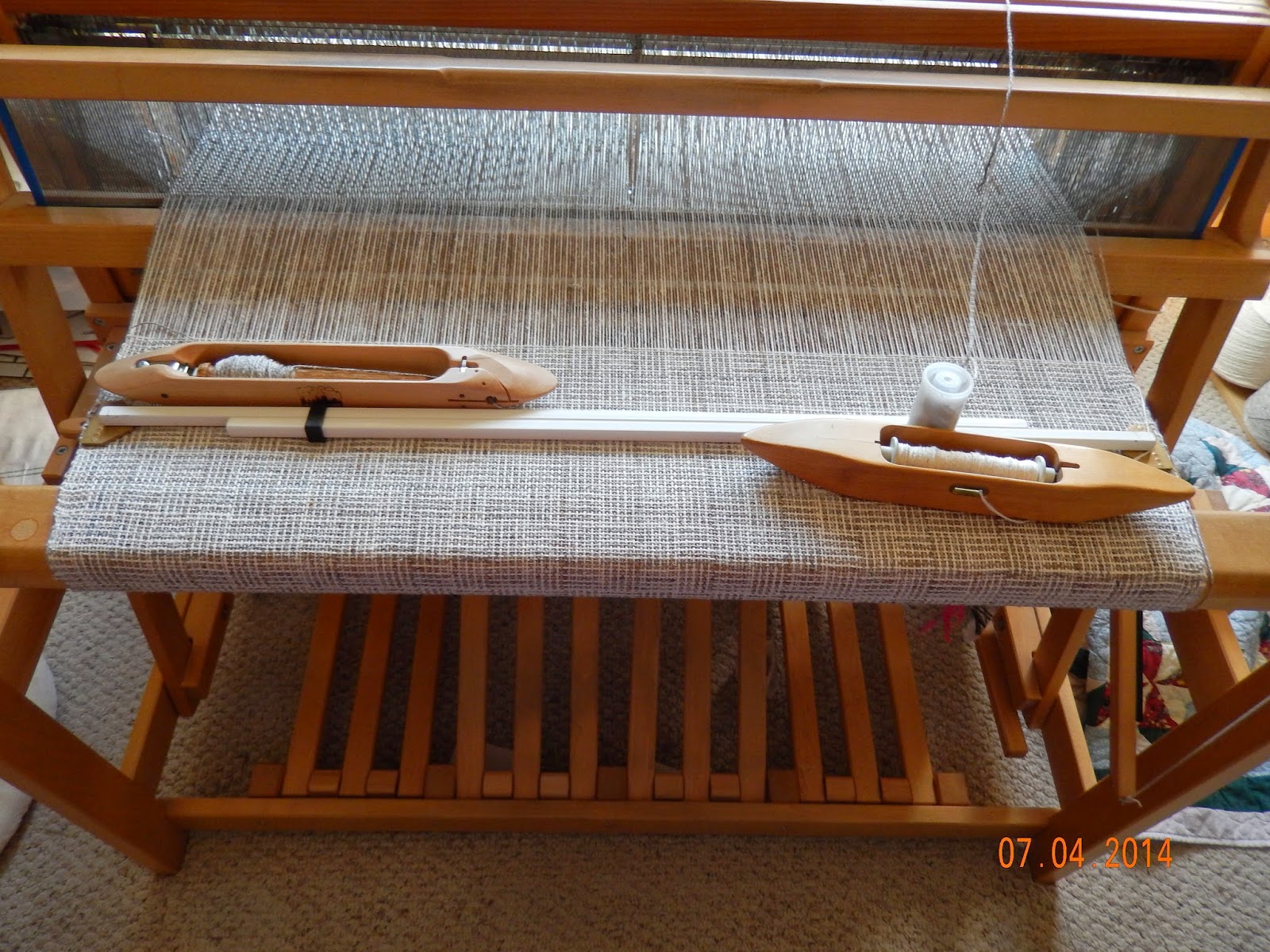 And then there's this.  I thought I'd just put on some cotton and weave a couple of baby blankets in Log Cabin - so basic, so simple.  Good night!  I could not have been more wrong.  I put the temple on in self defense since the sides were drawing in.  I'm convinced that you don't need to use a temple if your weaving basics are intact, and obviously mine are not.  I finally added a floating selvedge on the right and next time I'll have them on both sides.  And yes, I'm going to do this again.  I really need to practice using two shuttles.  I was a complete klutz. 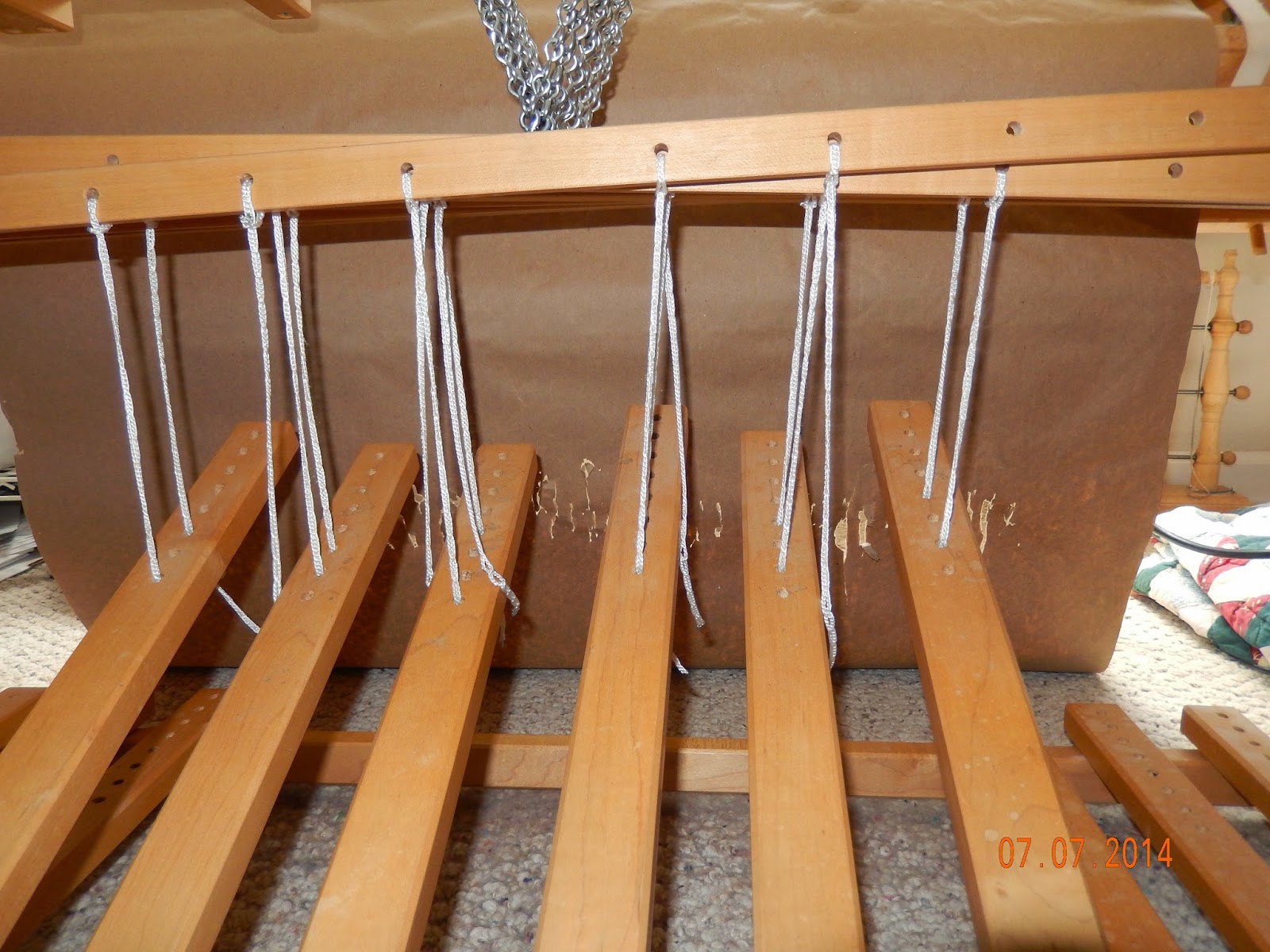 And while I was gone, I left the studio door open for cross ventilation.  I made my studio as cat safe as I possibly could, but Maddy has a thing for my packing material.  Can you see the slash marks in the paper from her claws? 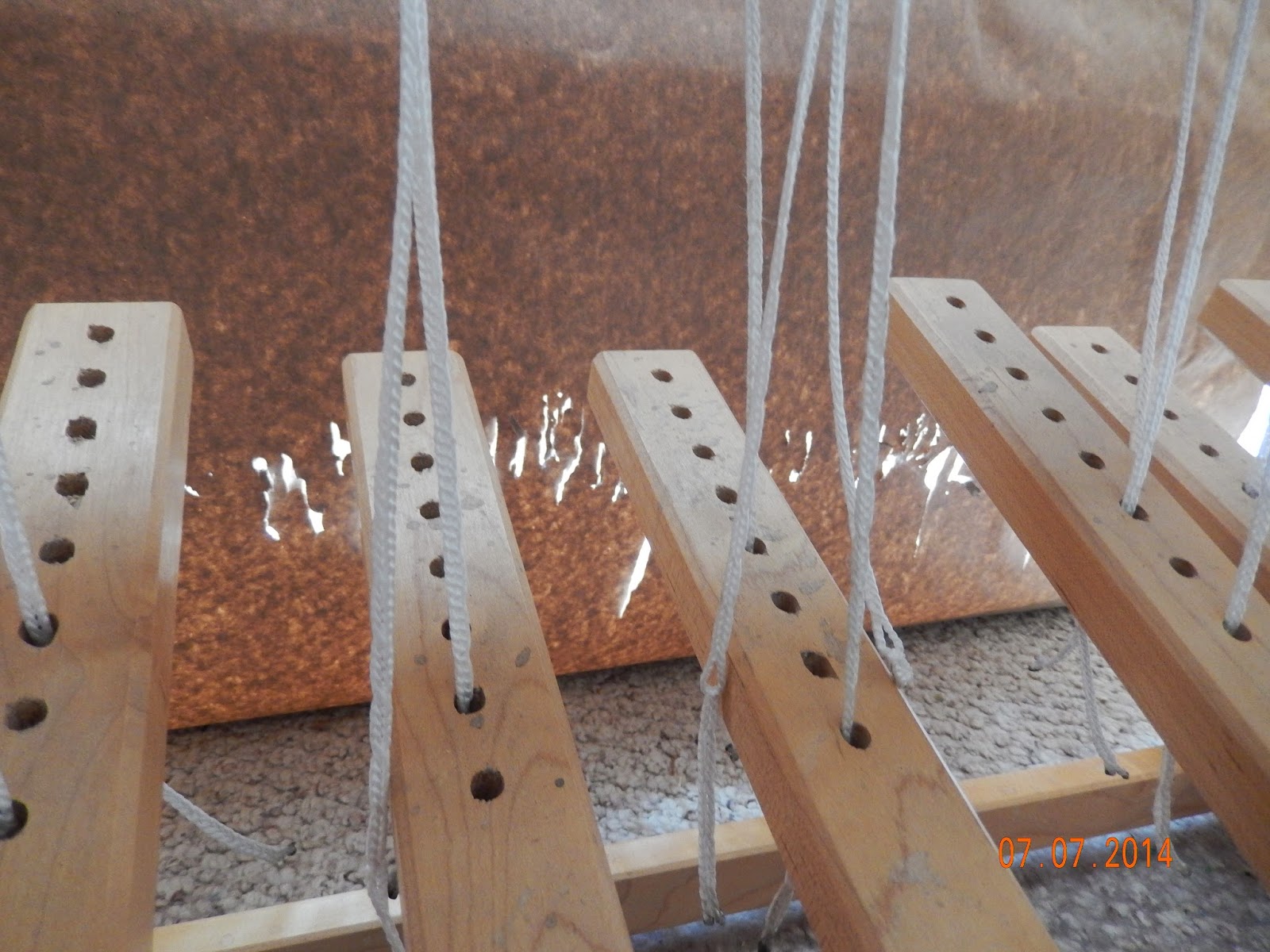 Can you see it now?  She managed to pull several warp threads through and broke one.  She missed me. 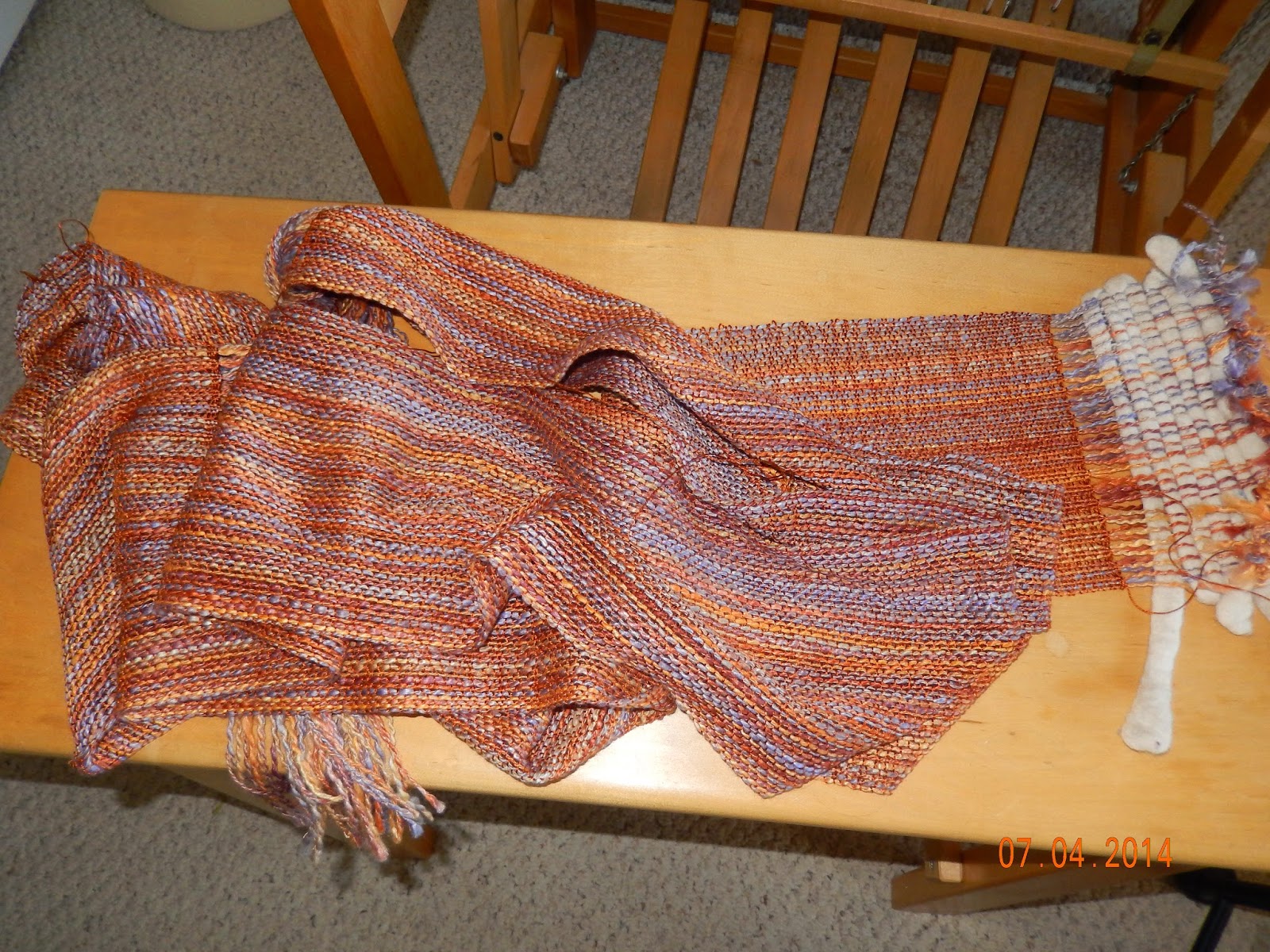 I just pulled these two scarves off my small loom.  I want to enter something in the Nevada County Fair and I need to decide what to do soon as entries close Friday. 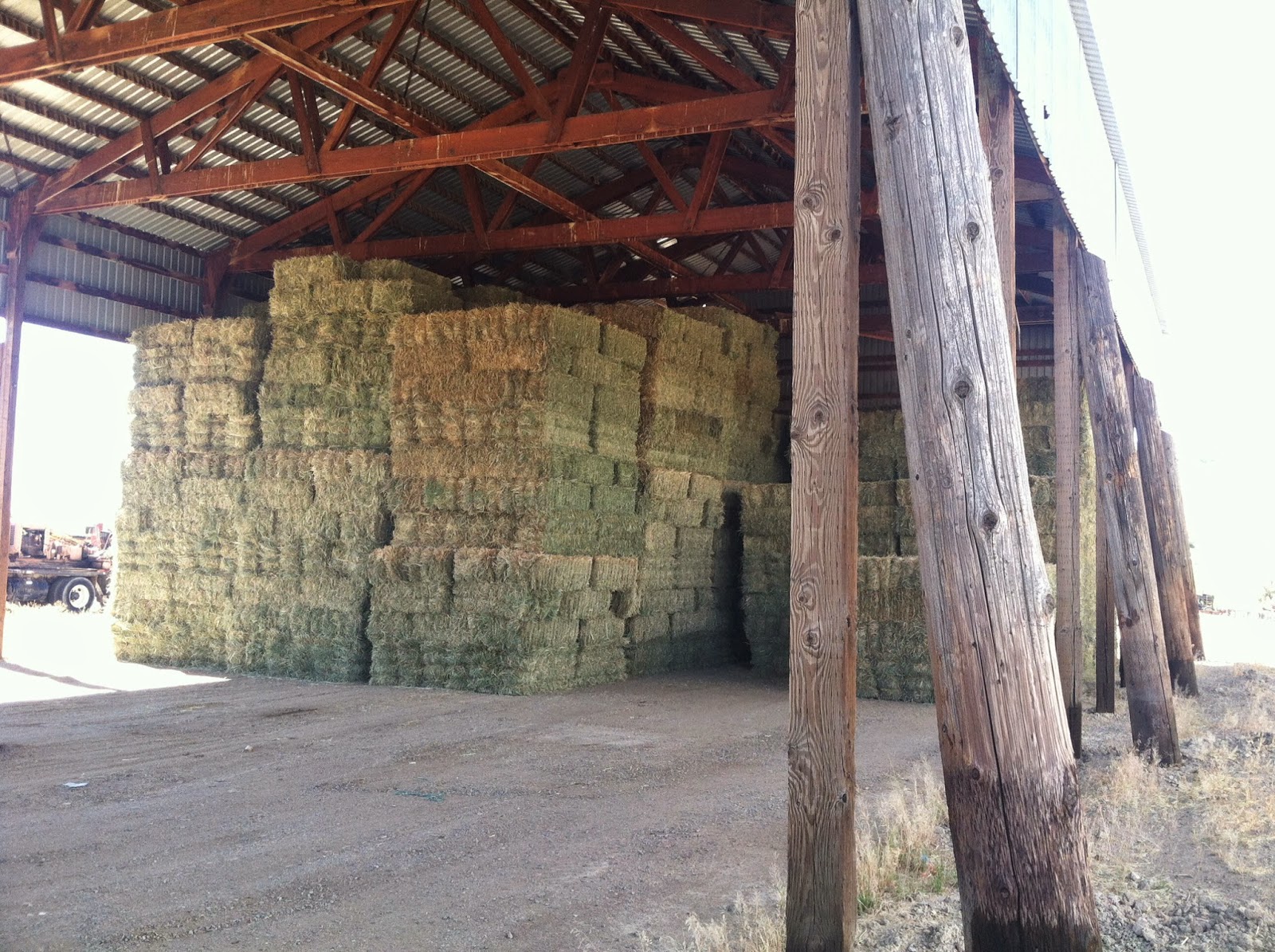 Meanwhile, I went with Ian to get hay the other day from Birdflat Ranch.  They have the best grass hay and best prices but they sell to California so we need to buy hay while it's still here. 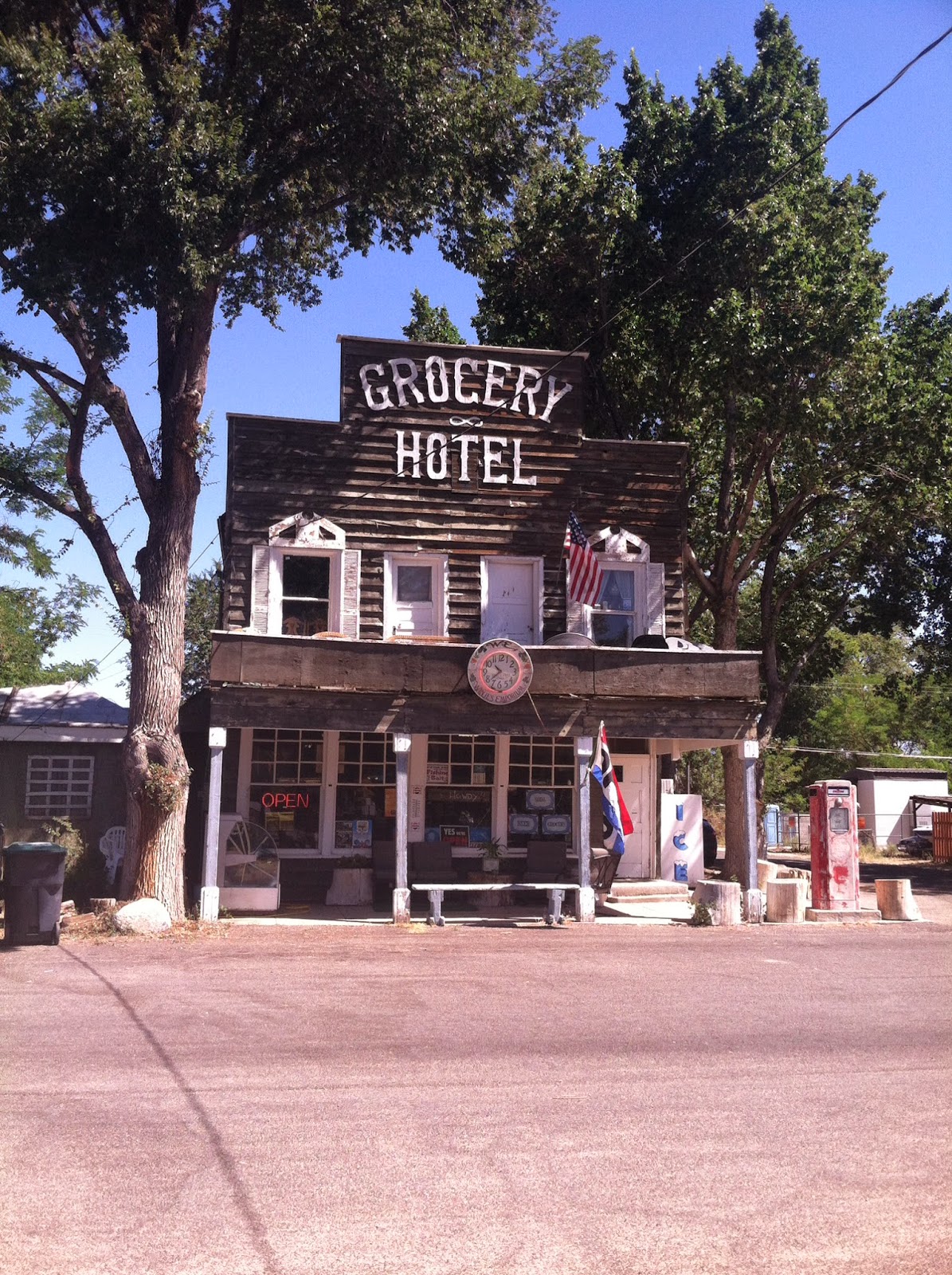 On the way home we stopped in Doyle.  Our neighbors bought this old grocery and hotel last year and have been working to restore it since January.  We were really impressed with what they've done.  It's only 12 miles door-to-door, and it offers an option to folks who might like to come to The Gathering over Labor Day but don't want to camp.  And before we left, Eileen talked me into signing up for a booth at Doyle Days on Saturday, August 9th.  It kicks off with a pancake breakfast, followed by lizard and outhouse races.  What's not to love?!
Posted by Sharon at 6:02 PM

Lizard and outhouse races! I don't blame you for signing up for a booth.

On the bags - if you're felting then felt the knit strap - it makes for a nice sturdy strap.

OH, no! Bad Maddie! This morning, I picked up a shuttle from one of my looms, and saw it had been "disconnected" from its thread. Thanks, Weftie!
And I get the lizard race, but what the heck is an Outhouse Race???

I'm loving the log cabin! Keep at it!
And I truly understand the idea of back to basics. With all the different genres of projects that I do, I've found that it has become my new mantra.