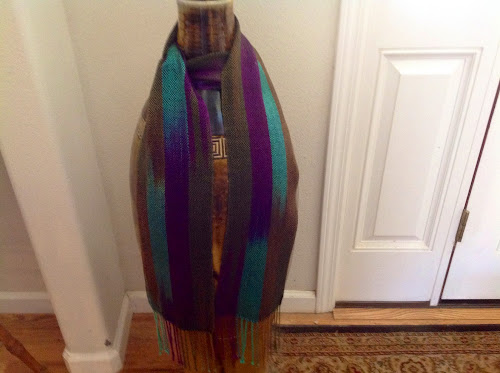 My agenda has been all about weaving. I finished my first painted warp. I won't repeat the application of vertical colors but I'm still really pleased and can't wait to make more. One think I also won't repeat is neglecting to leave extra threads hanging from the back of my loom in the event I break one, because of course, I did. I forgot to tie back my exess heddles on the right side of my loom and they rubbed again the floating selvedge, rubbing it in a frayed mess. I had to weave for a while working around the right threads until I could rejoin the broken warp, a painfully slow experience and one I won't forget. 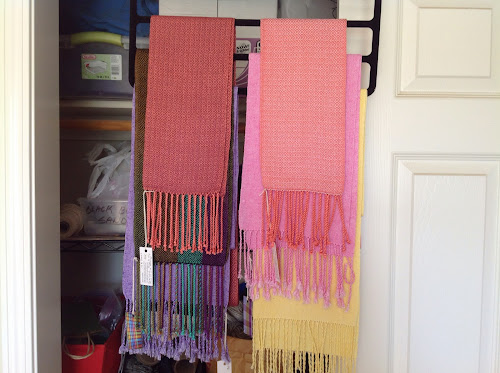 Between the painted warp scarf and these two in the walls of Troy pattern, I have another three scarves to take to the farmers market tomorrow. We have three more before the weather will shut us down and then I'm only doing one Christmas craft fair this year. 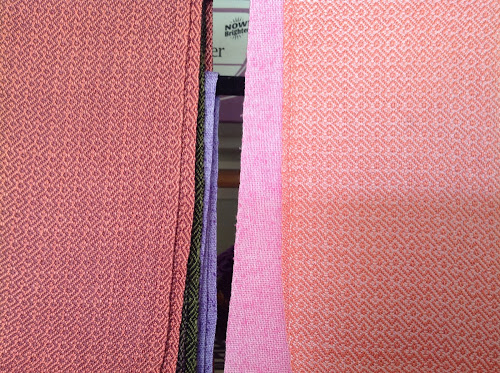 I still love the Walls of Troy draft but learned that high contrast colors are needed to make it really work. 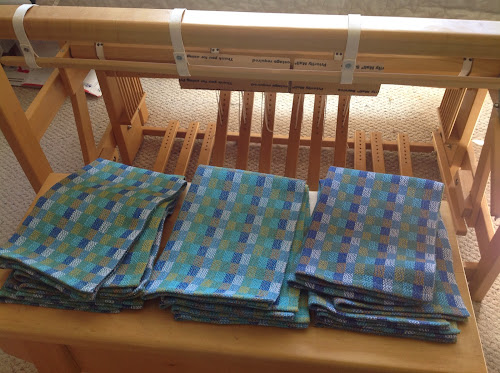 I've also finished ten more towels, keeping my weft colors to just three and all in the same family. I really want to try out some other colors but I sell out of these pretty quickly. 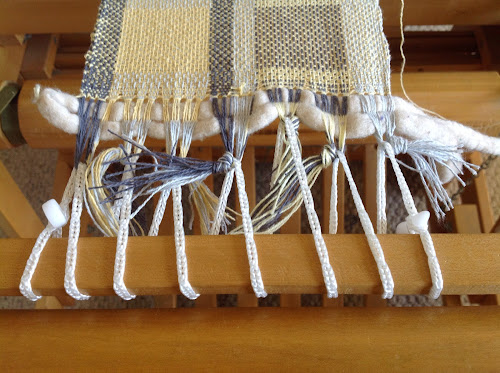 Here's another tip I learned from the 4-Shaft Weaving group. Lash on with Texsolv! The ends are secured by the pins so I didn't have to make lots and lots of knots and knots. 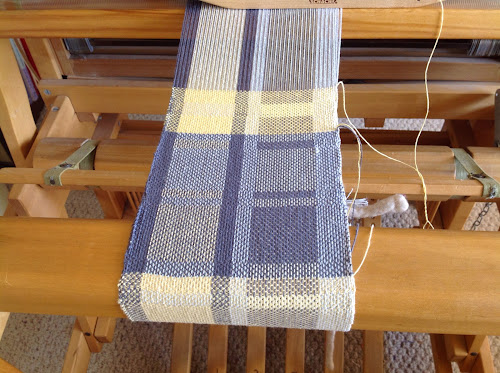 I'm sampling for a commission of gray and yellow towels. I had a feeling the colors would wash each other out as soon as they interlaced, which is my I wanted to make a sampler. I've thought about it for a week, when I laid in bed, when I walked the dog, and the sampler proved me right - turned taquete is not the draft for these! 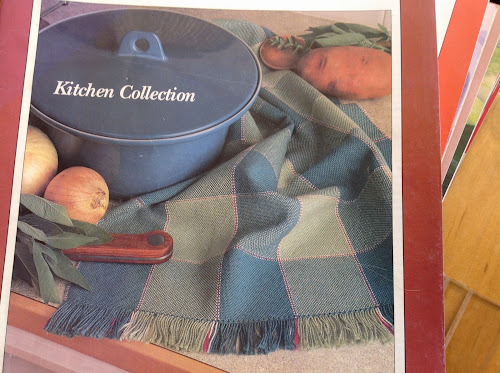 I'm going to use this window pane draft instead and separete the color blocks with three shots of black. I'll hem the towels though. I can't imagine soggy fringe on a working dishtowel! The towels and another scarf from painted warp are on my agenda for this coming week. I hope you have a fun agenda lined up for yourselves too.

Posted with Blogsy
Posted by Sharon at 9:26 AM

As always, I love your work!
There's a kind of clip I bought at Staples that's a wiz for holding back the heddles. It just goes on the heddle bar, so that they can't slide past it. It's lots faster and comes in pretty colors besides. If I can figure out how, I'll try to send you a picture in lieu of the name (that I can't remember).