The State I'm In 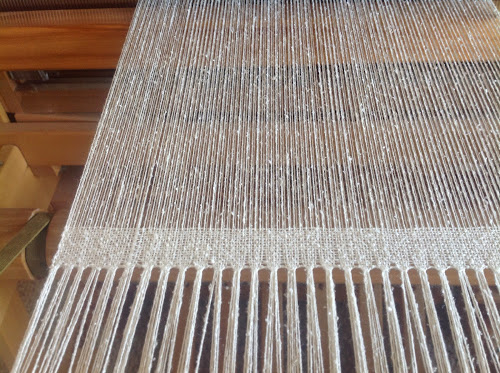 Can you see my mistake? 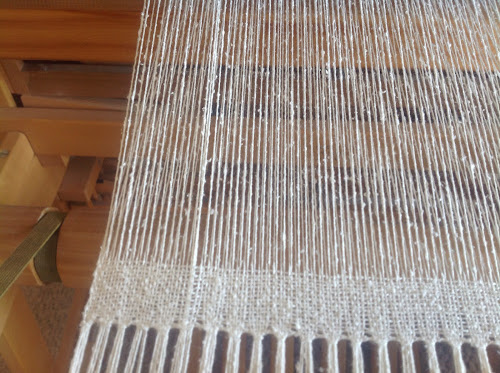 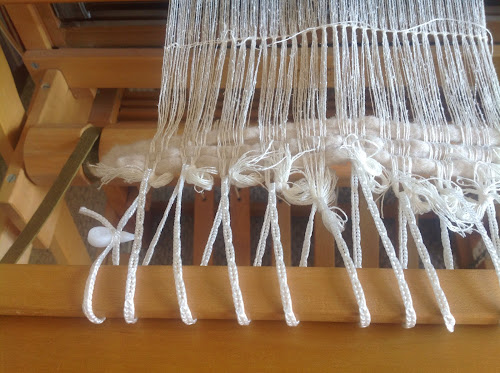 It was relatively easy to undo the bundles since I had used Texsolv for tie-up. I just popped out the plastic pin, pulled the Texsolv out of the last two bundles, and had the thread free to fix the threading error. 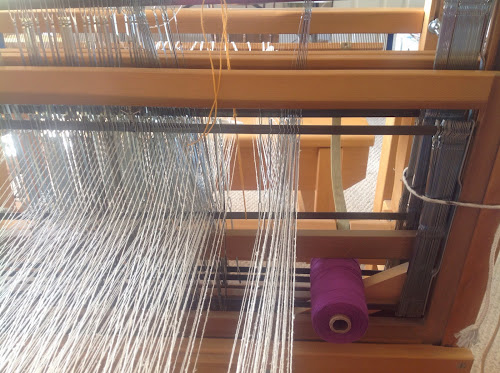 The threading error was a little more complicated. I held up the harness with a cone of yarn so I could insert a string heddle (in orange) on the second harness. I had threaded two heddles on the third harness. People comment to me that they've always wanted to learn to weave and I'll bet this is not the image they have in their heads. 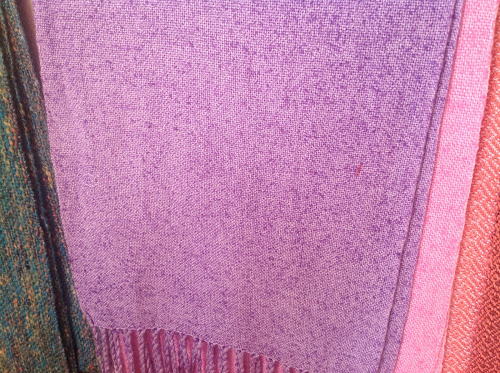 I have warp for four scarves and until they're finished, they look like medical gauze. I'll dye them with acid dyes (for animal fibers) which means the rayon which is plant based doesn't take up the acid dye like the silk noil. It comes out looking like I watercolor painted the scarves with the bright pops of color from the silk. Weaving is not for people who require instant gratification. 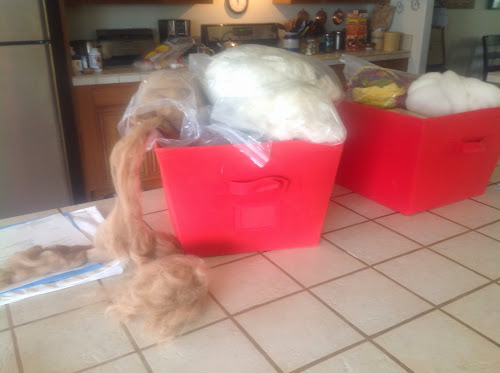 I took my bins of fiber down to the kitchen while was fixing the warp. I didn't want to forget that I need to pick out fibers to blend into batts for spinning. Mim is letting me use her super-carder which is electric and holds a lot more fiber than my Deb Deluxe. I came down to find that Maddie had already been here and she has expensive taste. The only fiber she trashed was the camel, the finest fiber I own. 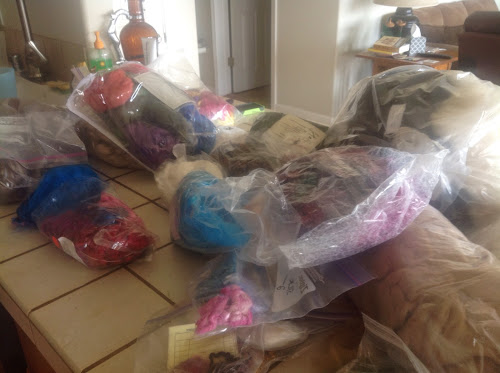 I pulled everything out of my bins and starting throwing stuff together and weighing it; 3-4 ounces is sufficient for a scarf. 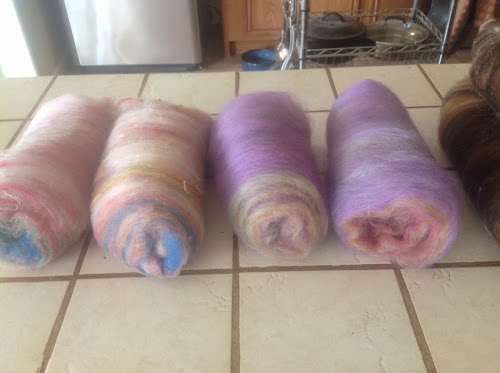 These are the bright blends that I came home with, based on some felted silk I got from Rae Stuart. 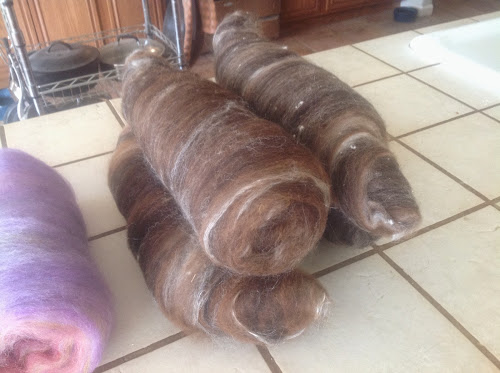 These batts will make two scarves. I've already made two, one for me and one I sold. The scarves will look like granite when I'm done. 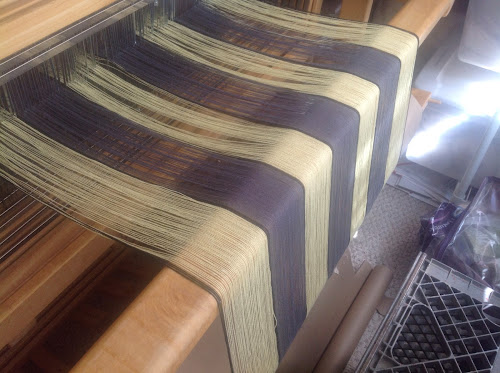 This is as far as I've gotten on my towel warp. I have a lot of things going on over the next five days so hope I'll be able to weave a little now and then since I've gotten this far.
We went in for my MRI this morning and I was such a nervous wreck. The last three I've had were in narrow dark tubes, the last one being sheer torture, dark, confining and noisy. My doctor gave me a Xanax for today which really relaxed me. I was stunned to see that device of torture is no longer used. It's now bright, white, short and open. My x-ray tech had an MRI of his back so his head was out of the top of the scanner and he said he just watched the trees.
It turns out that I didn't need the Xanax at all. We went to lunch afterwards and I was really a little too relaxed, but we went to Macy's to shop for New York after that and I came right to life. I'll see my doctor on Tuesday and we leave the following Tuesday.

Posted with Blogsy
Posted by Sharon at 3:05 PM

I hope the news is good!

Those batts look like they'll be fun to spin. Please post the finished skeins before you weave with them. It will be interesting to see the step by step changes!

Camel trashed? I'd love to pick through those remains :)