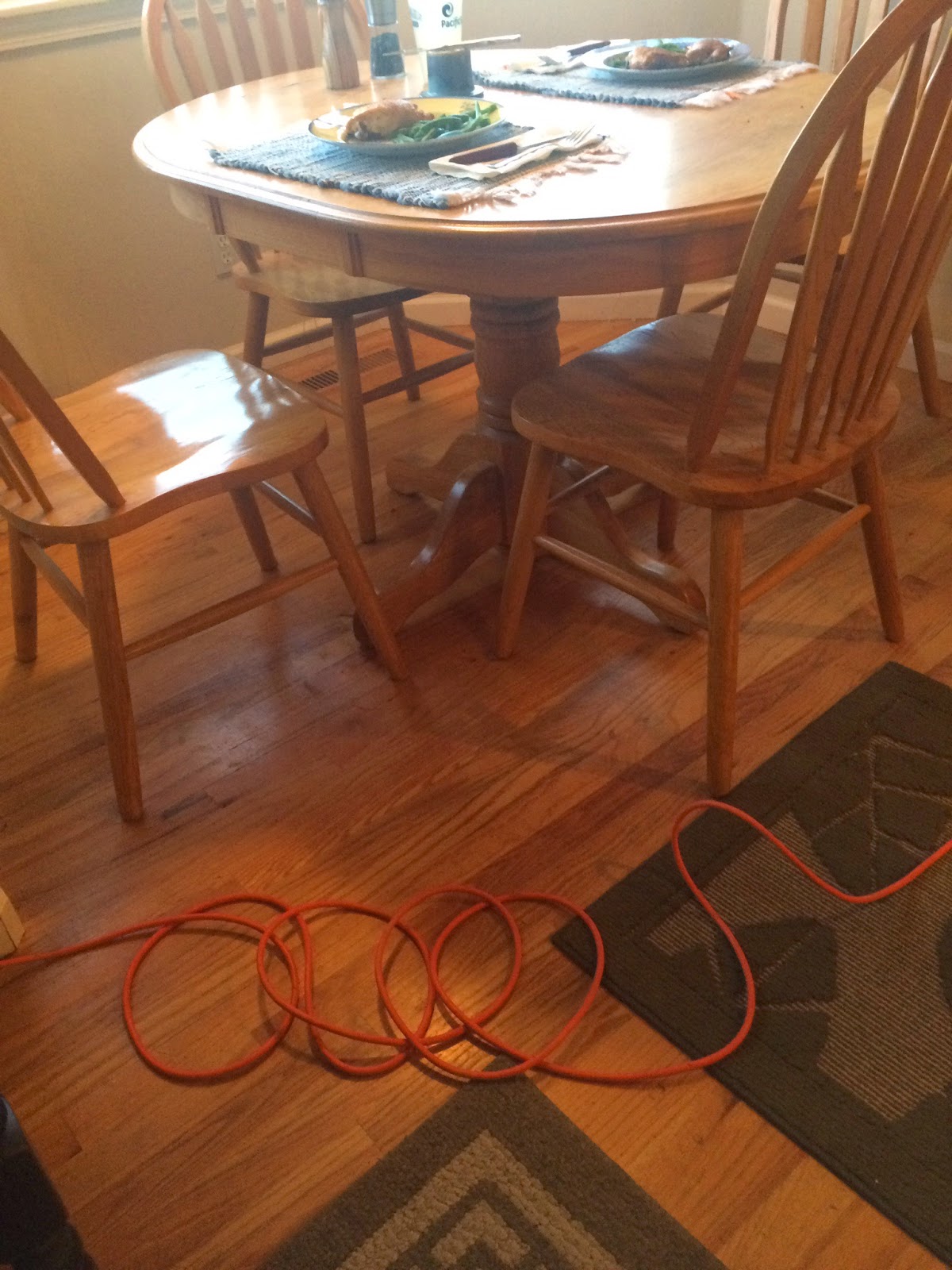 I subbed last week and sometime right after lunch, Ian texted me that the power was out and suggested I pick up sub sandwiches on the way home.  A front had come through that morning with terrific winds clocked at 130-150 mph over the Sierras.  Trees and power lines were down throughout the area and over 200,000 were without power.  All of Doyle and Susanville as well as areas of Nevada City were affected.

It started to rain on my way home and the wind buffeted my car so badly that it was wrenching my shoulders.  I passed an overturned semi-truck and knew it could be much worse.  We have a princess phone so we have phone service when power it out.  The recording stated that it would be 24-48 hours before power could be restored.  I am so thankful for those linemen who work in miserable conditions of pouring rain and blistering winds.  We had to resort to our generator as the freezers were starting to melt.  The man we hired to install the transfer box for our generator randomly connected power sockets so this is how we had to plug in our refrigerator from across the room.  We're going to find a licensed electrician on Angie's List this year and have it done right!

This meant that we did a whole lot of reading and looking back I realize that it's been six weeks since I mentioned books.

Here's a list of the ones I enjoyed and would recommend:

A Small Indiscretion by Jan Ellison

The Book of Unknown Americans by Cristina Henriquez

Twenty Miles from a Match: Homesteading in Western Nevada by Sarah Olds  (This was especially near and dear to my heart since their homestead was so close to where we live)

Walking on Trampolines by Frances Whiting

Being Mortal: Medicine and What Matters in the End by Atul Gawande (I think is a very important book for anyone caring for a parent)

The Boston Girl by Anita Diamant (Her best yet!!)

All the Light We Cannot See by Anthony Doerr - there is a reason this book is nominated for a National Book Award!  The setting is WW II Germany and France but the subject isn't the Holocaust, but rather the citizens who are struggling to stay alive.  This is the February selection for the Tuesday Book Club and I expect lots of discussion at tomorrows meeting.

Okay, the power is on and laundry awaits.  I need to pack my suitcase for summer as I'm flying to SoCal to spend a week with Melissa and she says it's short-sleeve weather at her house.  We're signed up for a Robyn Spady workshop this weekend, and while the time will fly, I know we will have fun.  We always do!

Thanks for sharing your book list. I'm inspired. Jim Gaffigan is one of my son's favorite comedians, so I may need to start with his book.

Have fun on your trip.

Have you looked at Ghost Boy by Martin Pretorius? Very good book

A Robin Spady workshop. What an incredible opportunity!
I'm not one to say "everybody needs to read this book" but "Being Mortal" is an exception to the rule. All of us have to deal with death and dying sooner or later, and Gawande has very important things to say about how dying people, their families, and the medical industry do and do not mesh in this country.