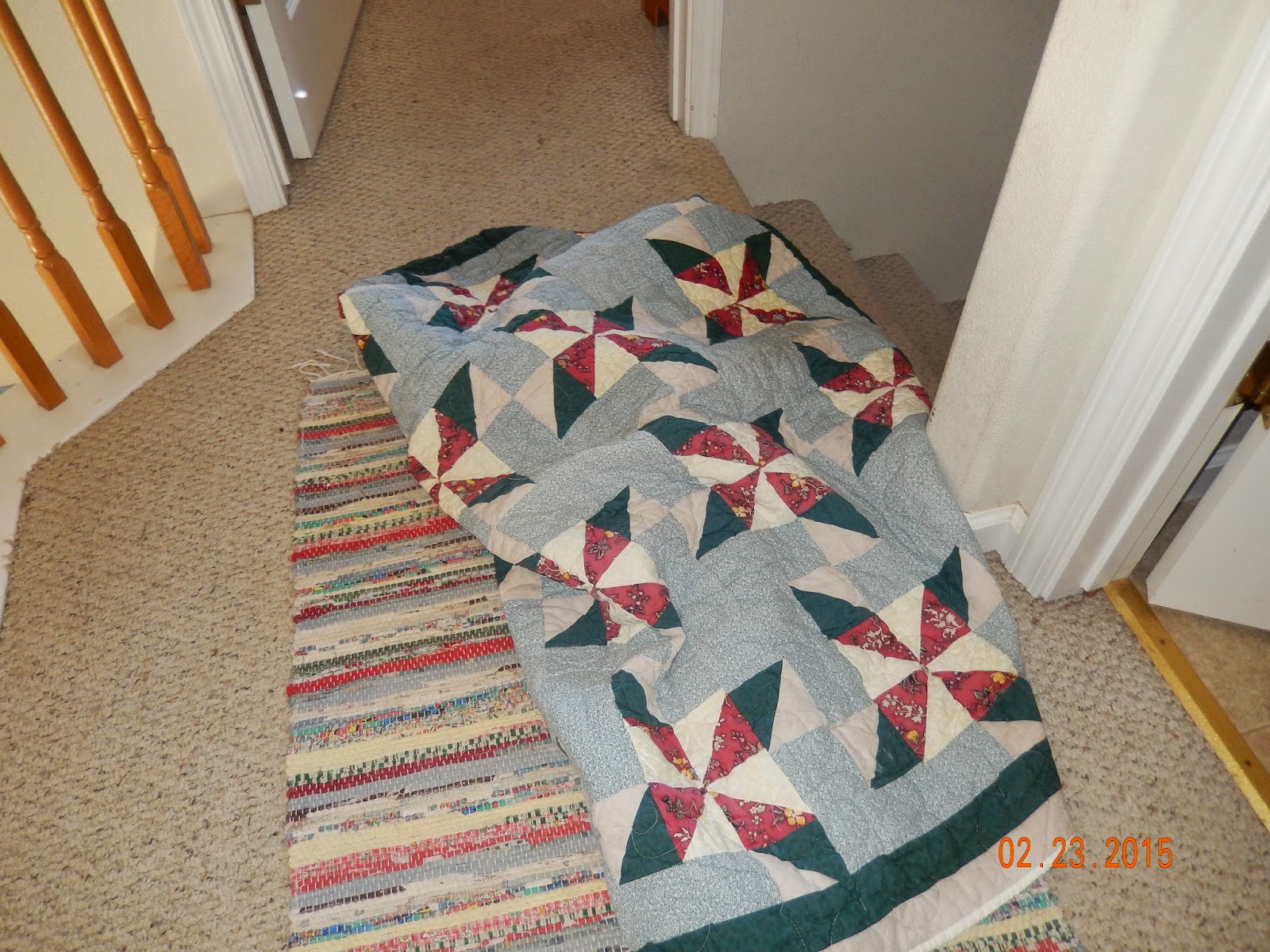 Don't step on this quilt! 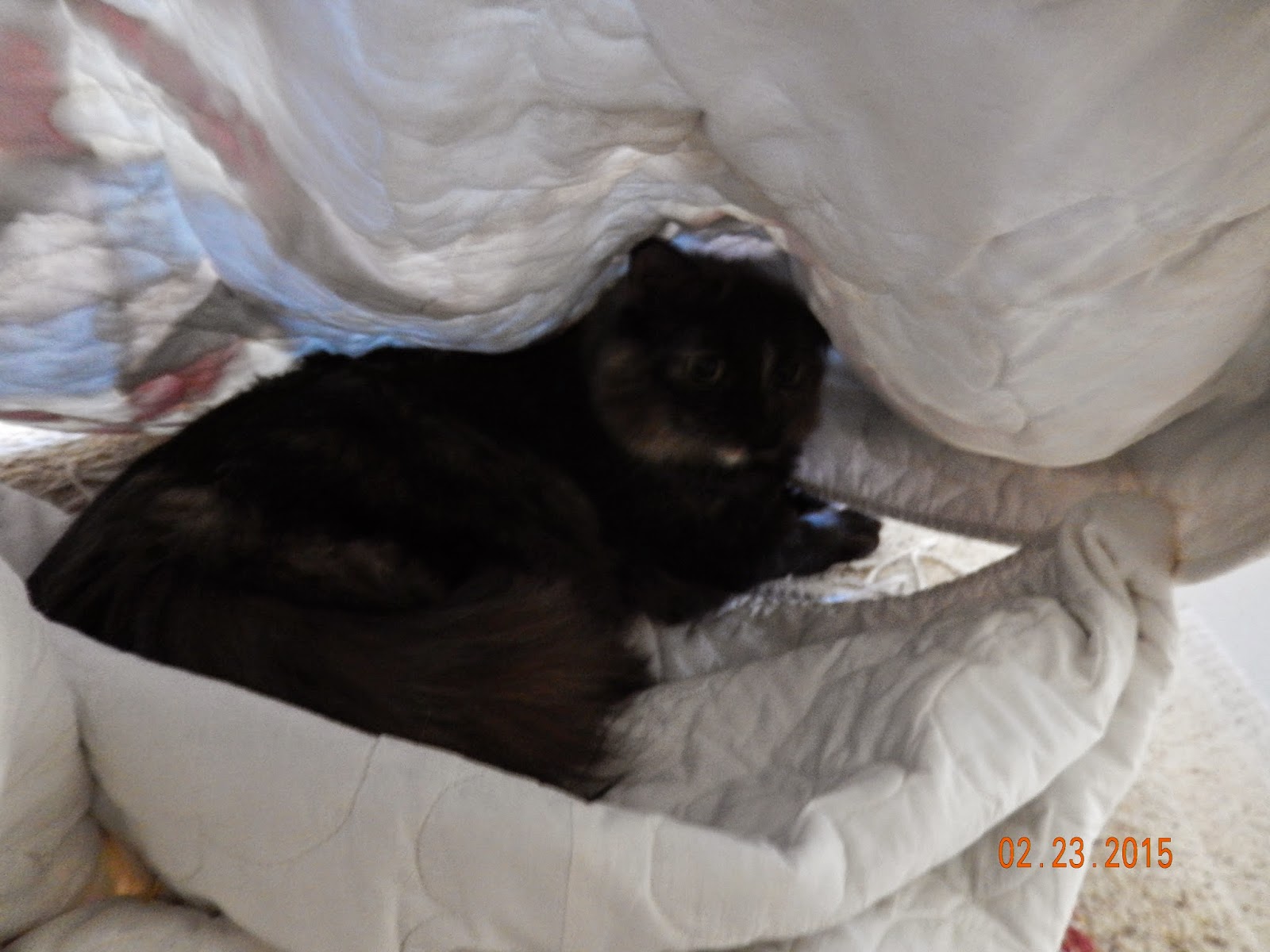 Maddie has gone undercover.  She loves to be under or in things. 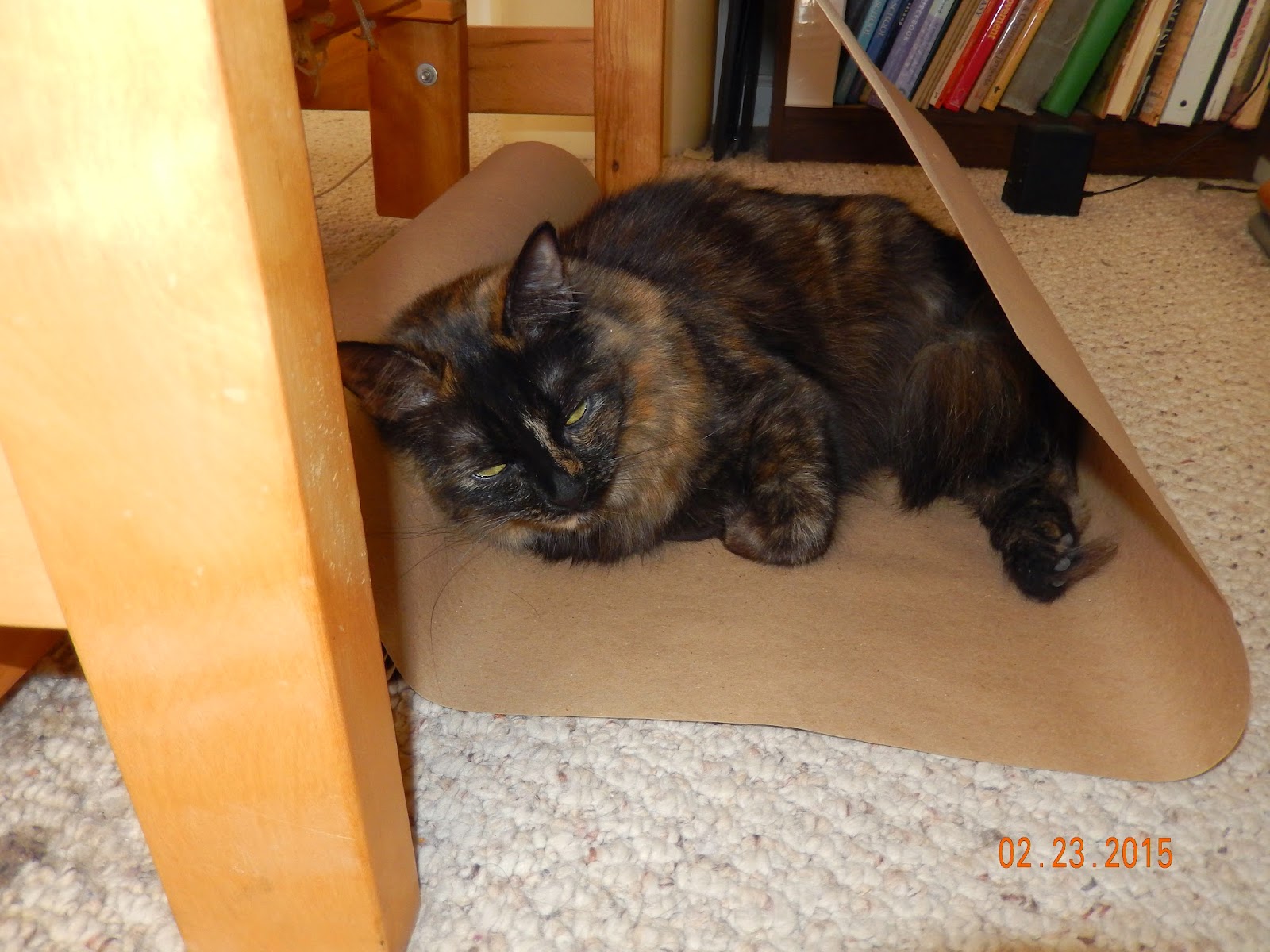 And I know that's why she loves to crawl in my roll of packing paper as it comes off the loom.  I couldn't mind that if I could just train her to stop scratching and chewing holes in it. 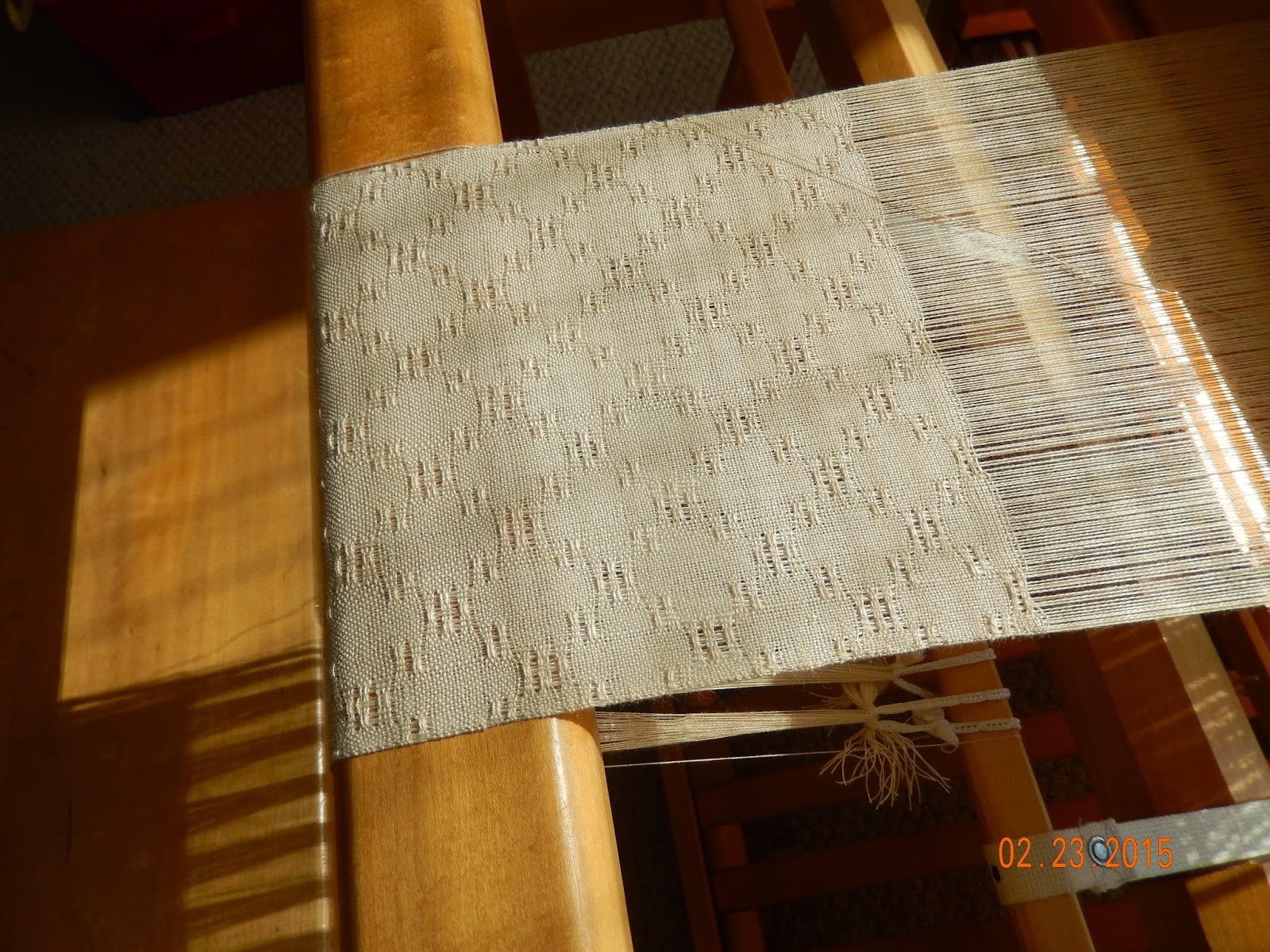 I finally tied up all eight of my harnesses and started on this 8-shaft huck lace scarf.  There are a lot of firsts in this project - my first eight shaft weave, my first time to write my own draft with a lot of help from Madelyn's book and a couple of friends, and my first time to weave with 30 ends per inch with 16/2 bamboo.  I made a lot of mistakes and I learned a ton!  I had to add floating selvedges after I started weaving but next time I'll put plain weave on both sides which should eliminate the need for them. 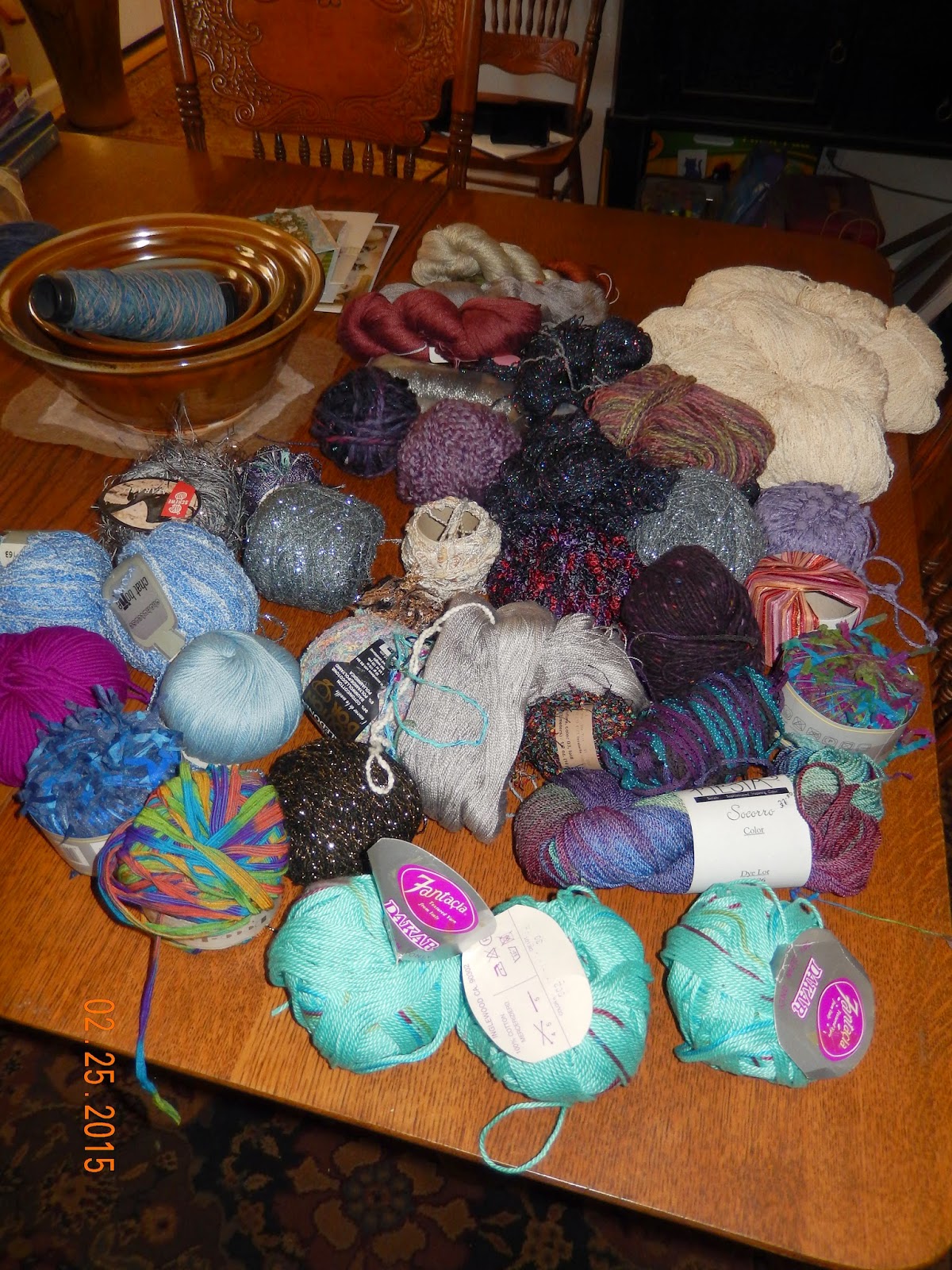 Melissa sent me this care package several days ago.  Someone gave her ten tubs of fiber stuff.  She threw some away, took some and then we went through what was left.  She says she's sending me another box next week.  The remaining stuff is going to her guild.  Lucky me!! 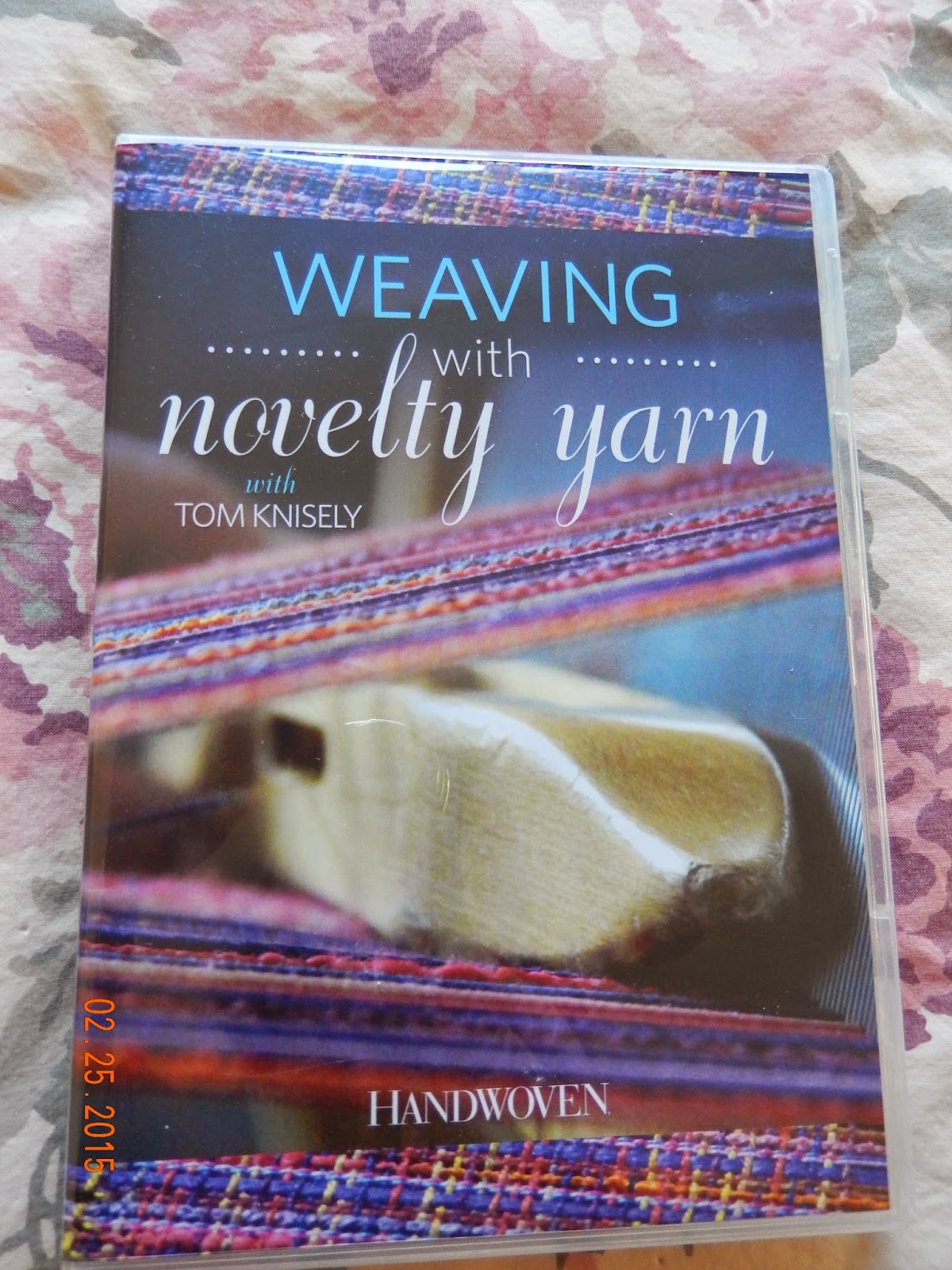 I bought this DVD earlier in the month and took it with me so Melissa and I could watch it together.  We really got excited at his fantastic ideas and techniques, kinda like men get excited when they watch NASCAR.  I'm planning to try a mixed warp with some of the stuff she sent me. 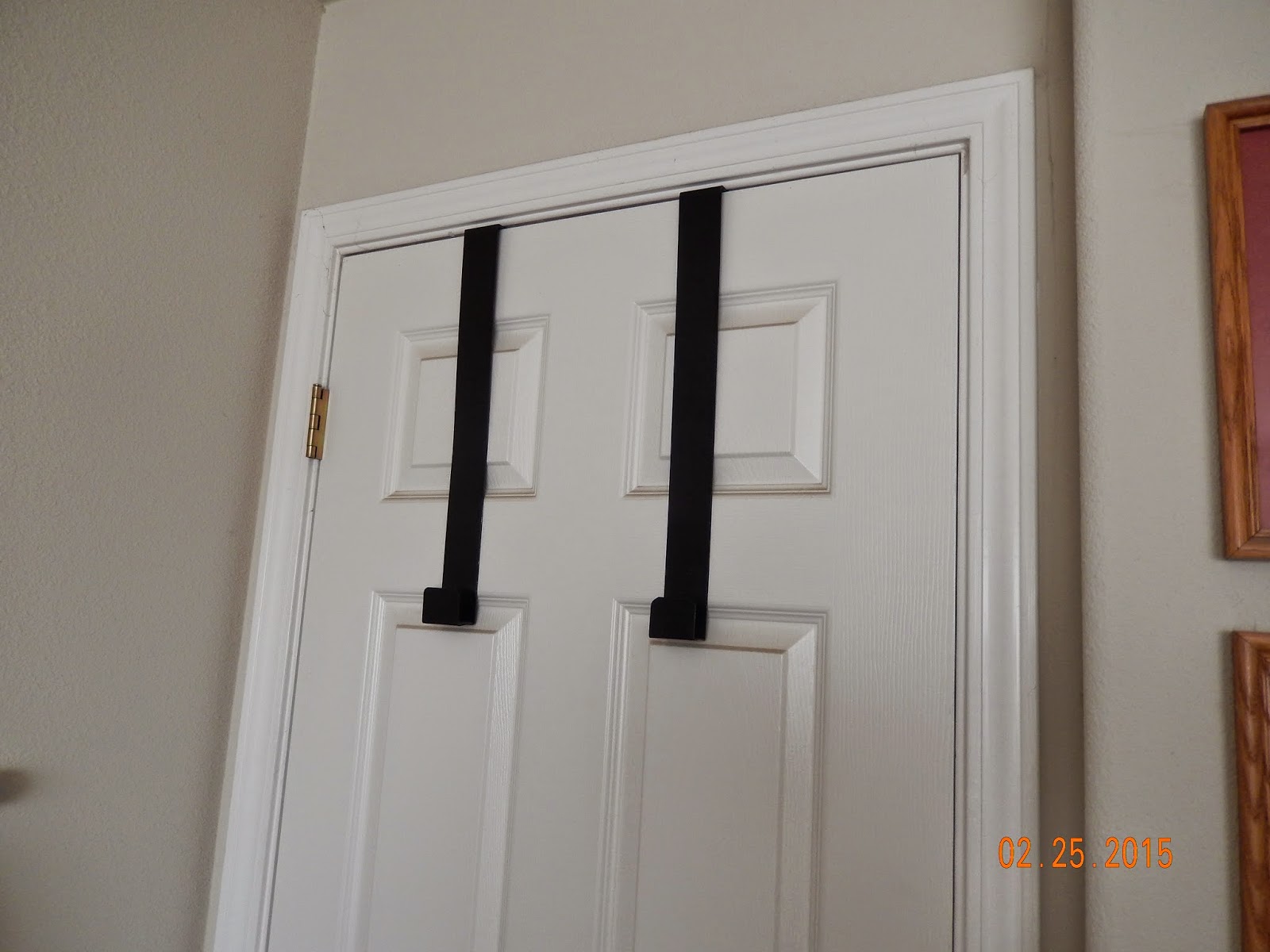 Melissa also included these in the box.  They're her design which she had fabricated in their shop for hanging a warping board.  My door frame is indented so there's no room for the warping board on either side. 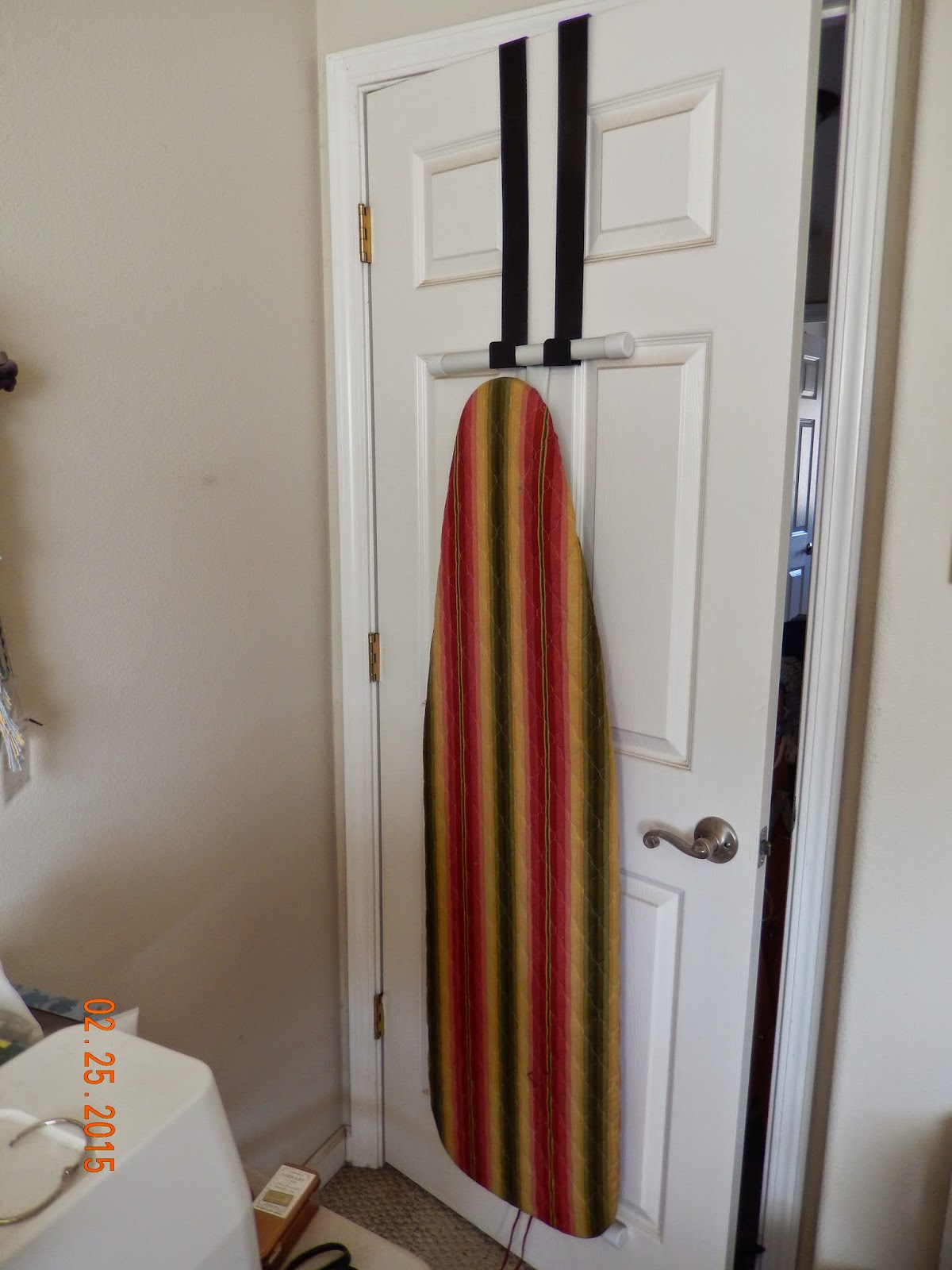 So I hung my ironing board on it instead.  In a postage-stamp sized studio, every inch saved is helpful. 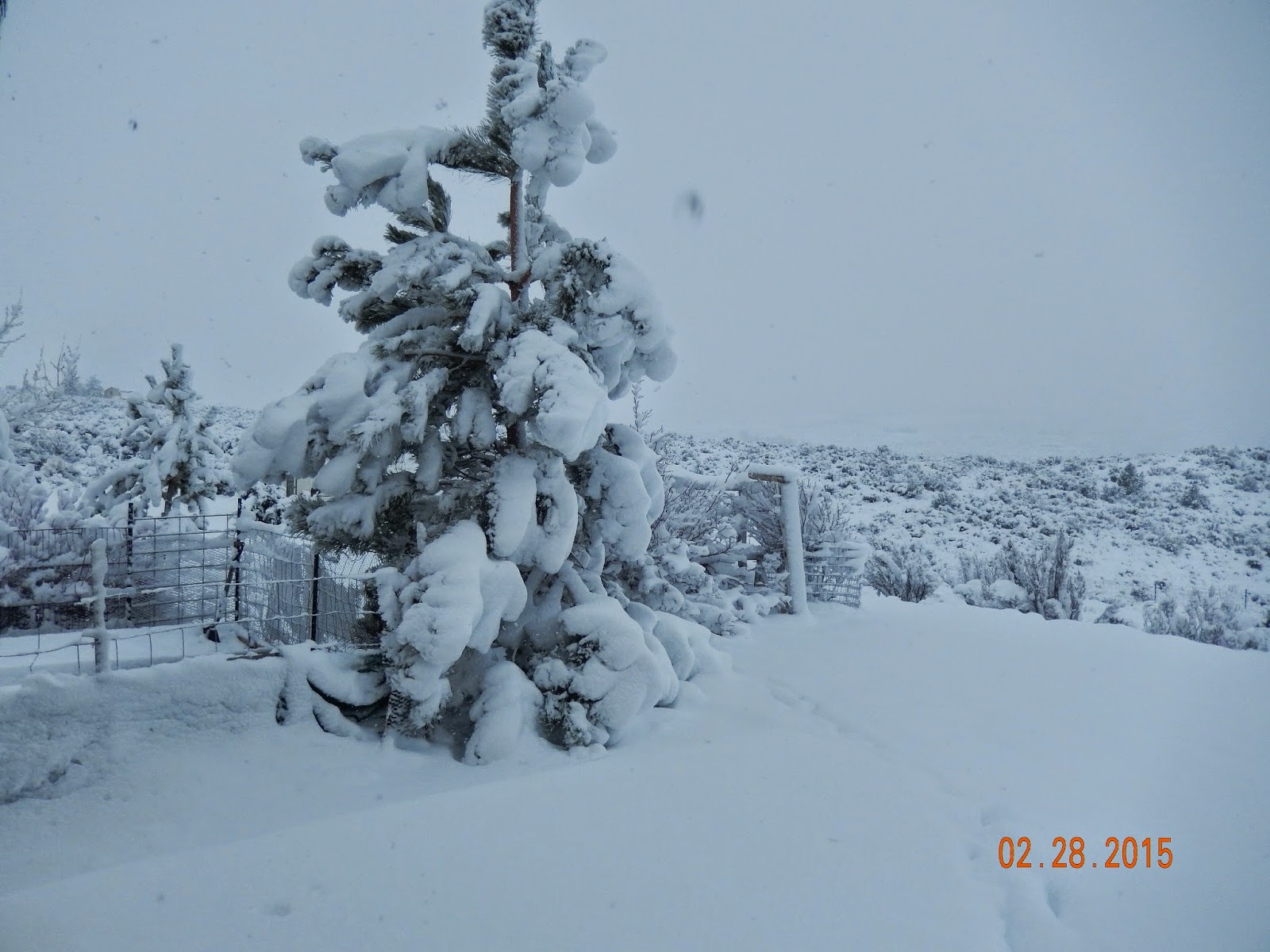 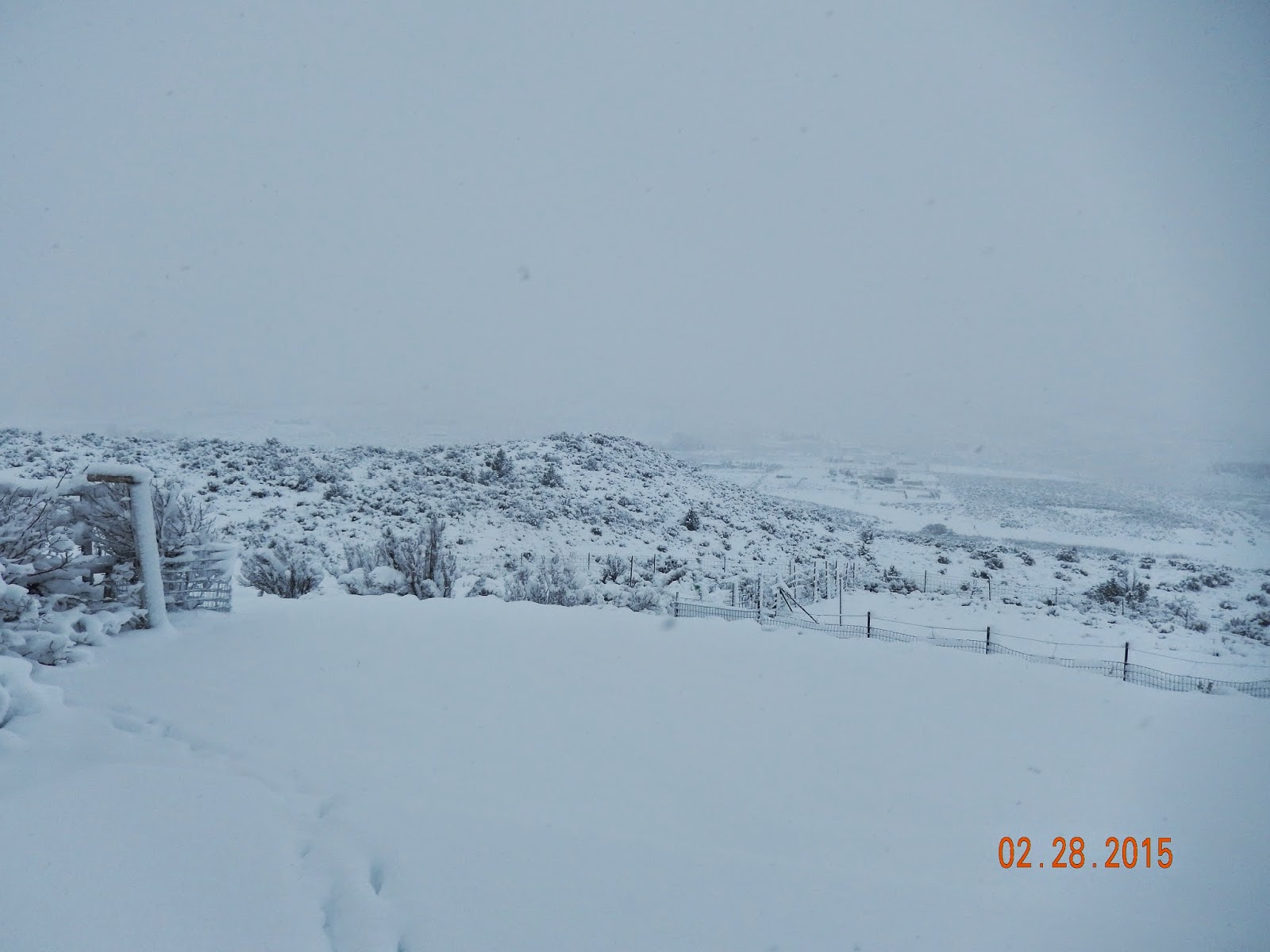 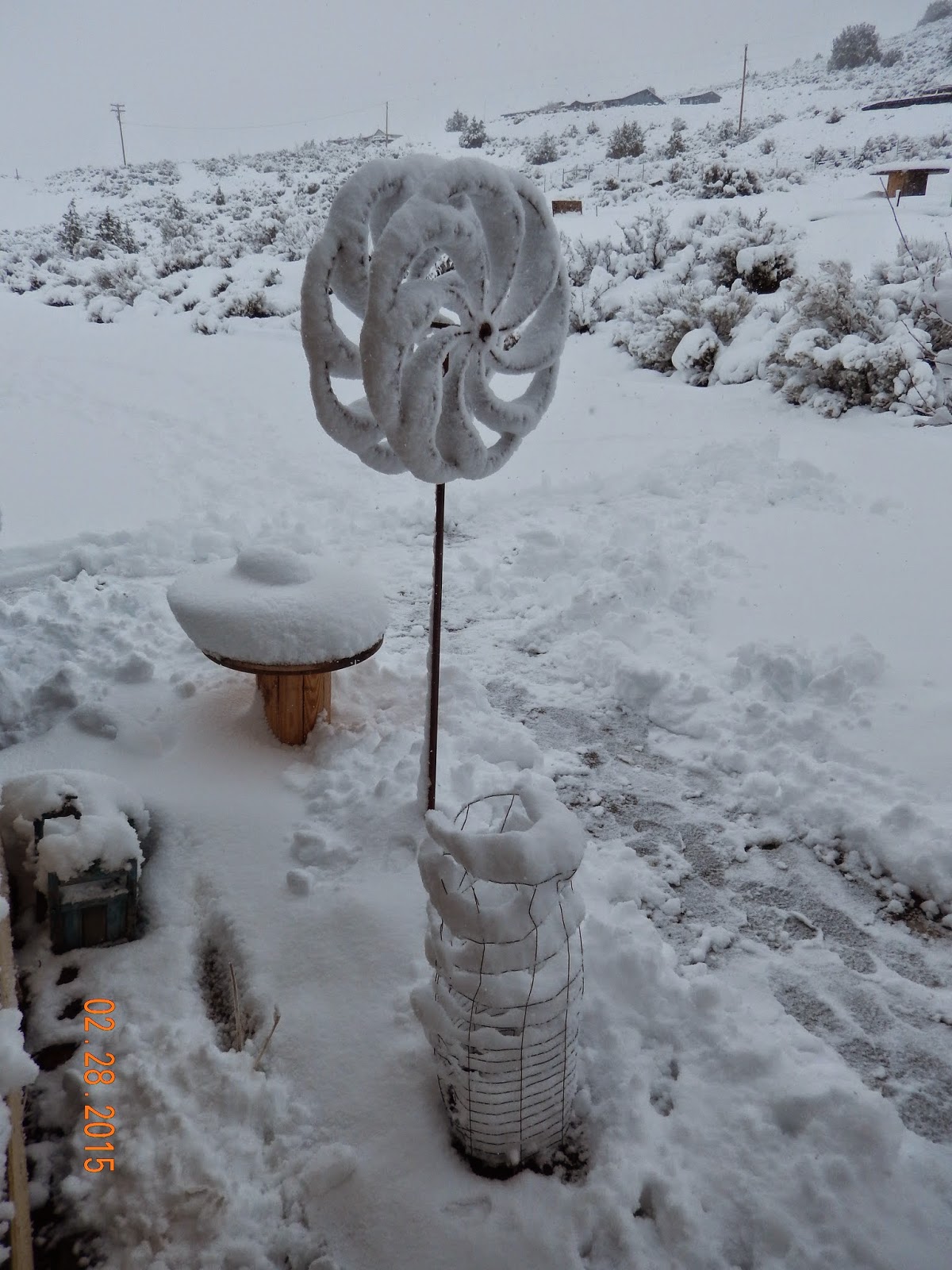 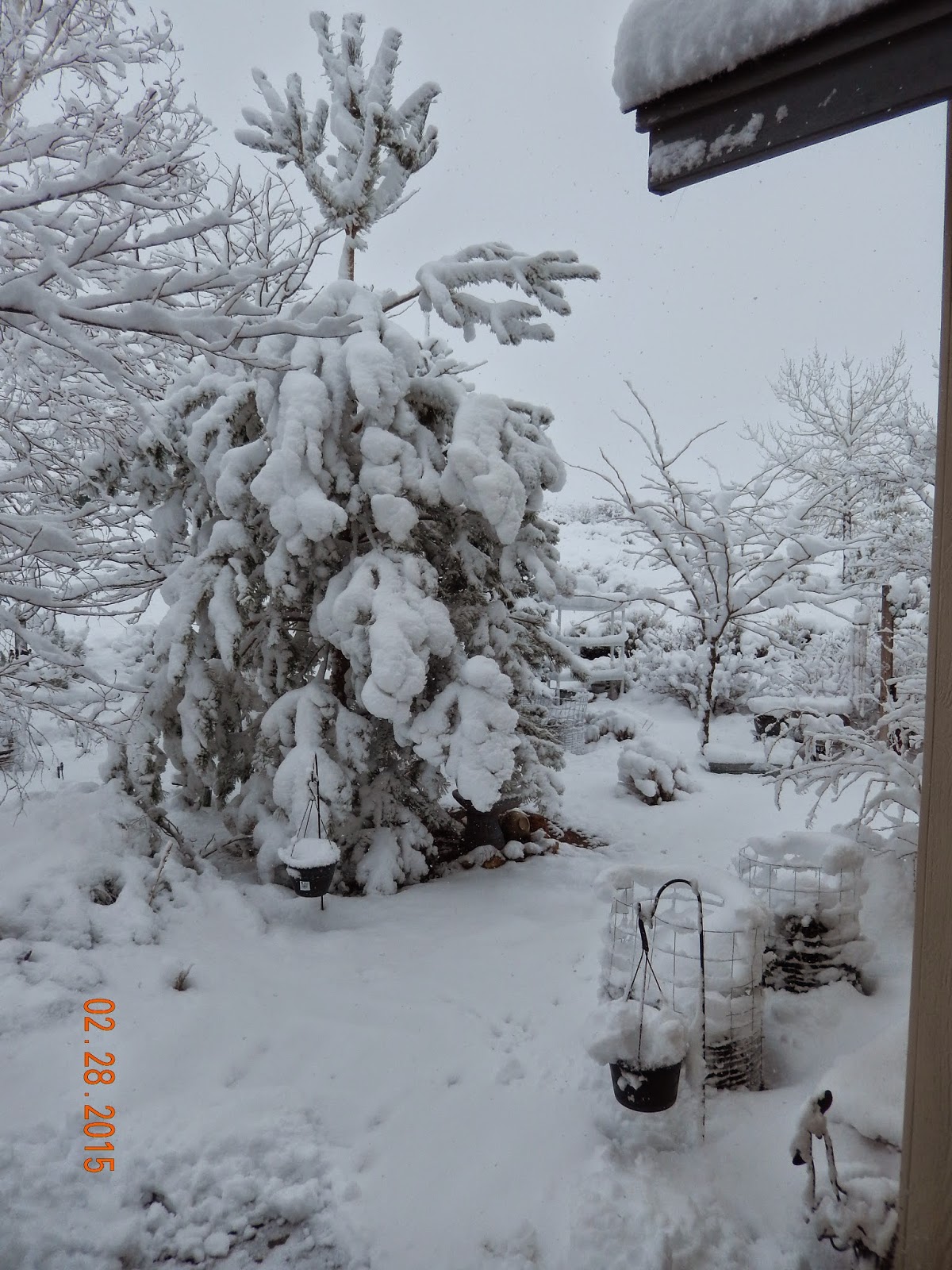 After no appreciable snow since with the water year began in October, we awoke to this today.  The forecast was for snow with less than an inch accumulation posssible.  The Weather Service issued a summary of the storm earlier this afternoon reporting the bulk of it was right where we live:  Palomino Valley had 10", we at Red Rock had 9" and Truckee only reported 6".  Truckee is site of the Donner Party which had 20' of snow that winter.  High Desert snow is peculiar in that it begins to melt when it stops snowing so this will be gone within the week. 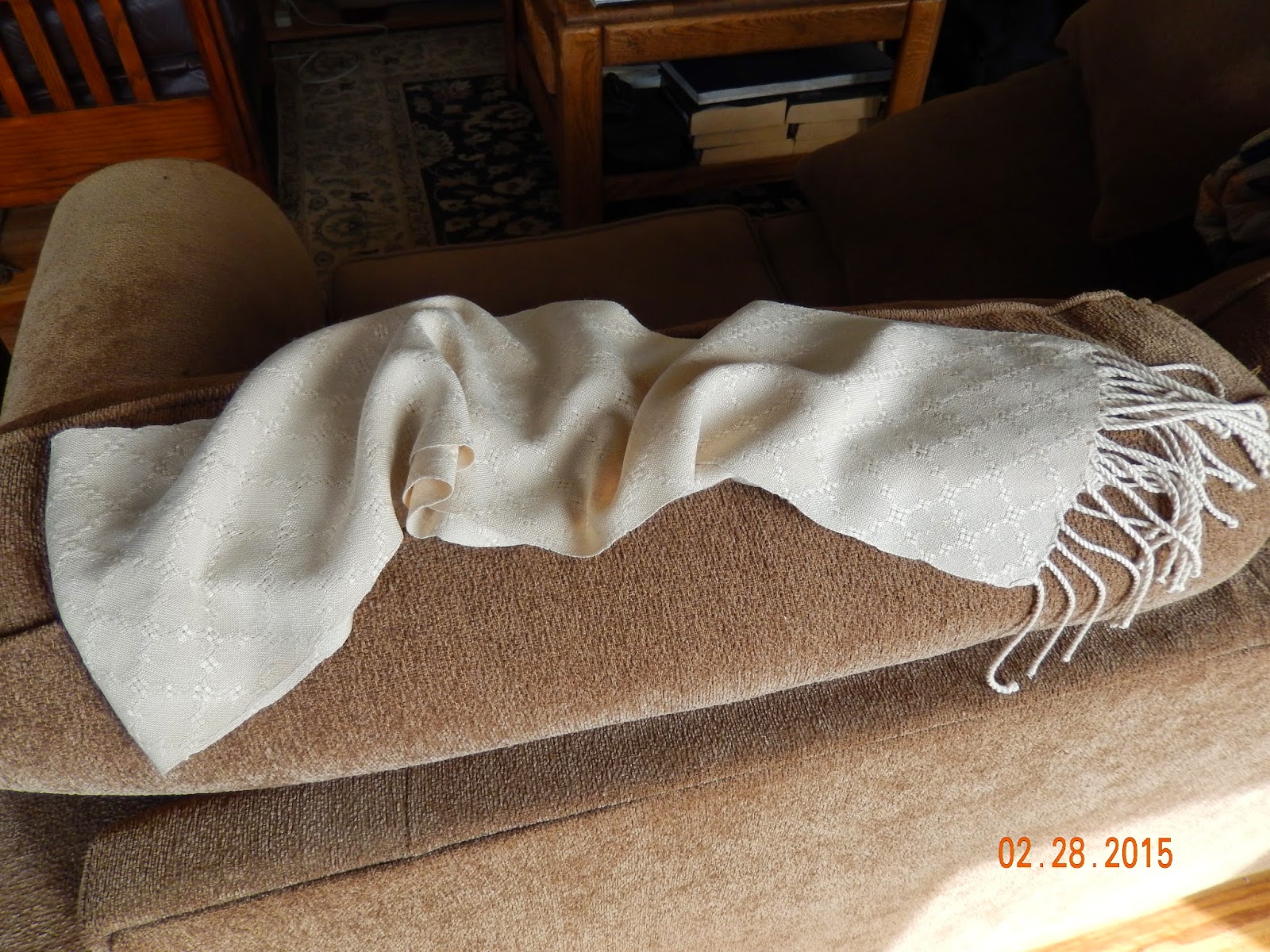 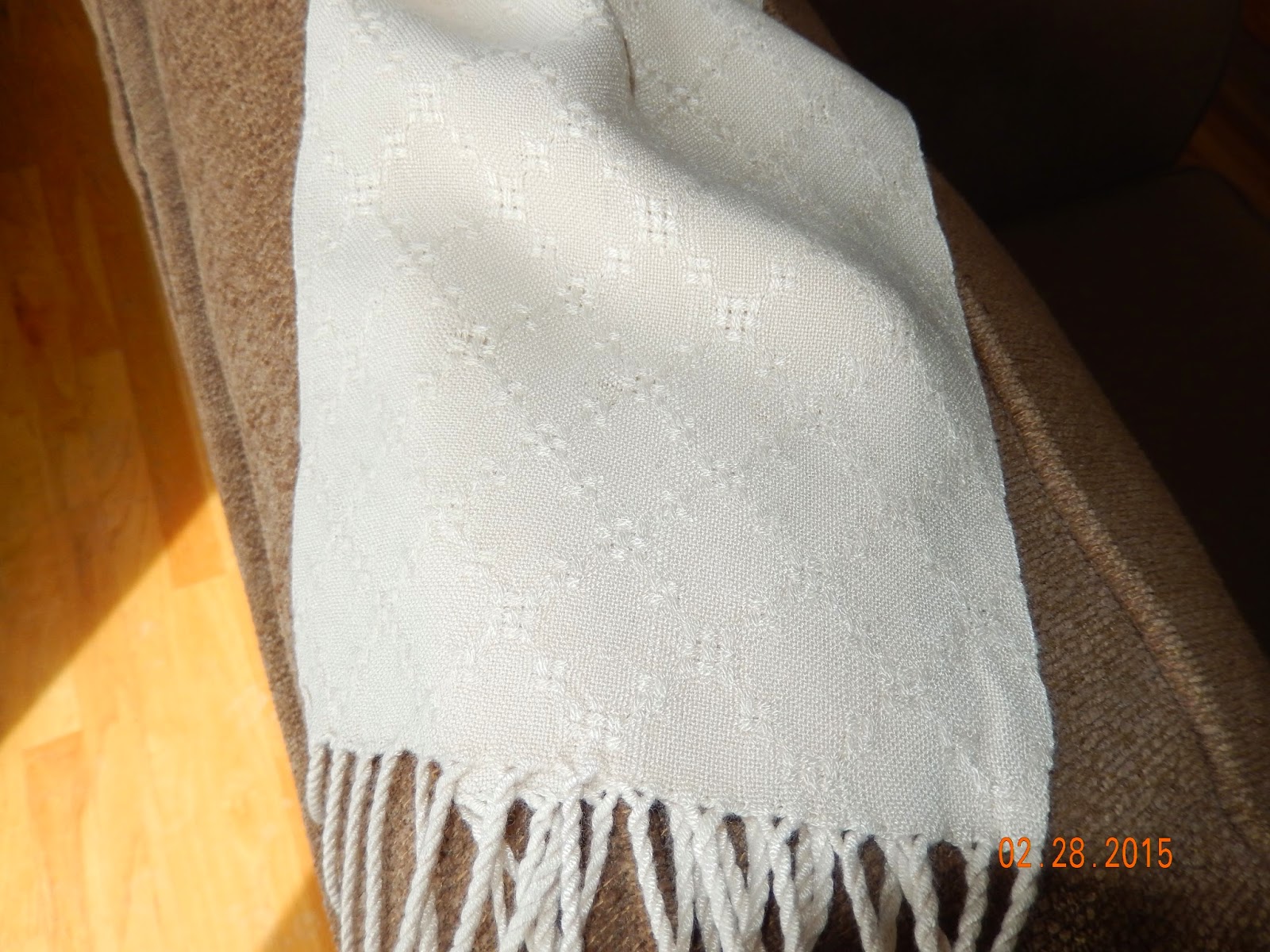 It was a perfect day to weave so I finished the scarf.  Actually I cut it off early but still at usable length.  There are so many errors and I feel like I know more about what to do and I want to do it again.  For one thing I know I need plain weave selvedges.  And I know I need to plan the warp around the complete pattern of 55 threads instead of stopping when I hit 8" - it's going to be about 9.4" wide next time.  This is woven in 16/2 bamboo that I ordered to ply handspun singles with and it had some spinning oil stains.  I didn't see them until I was weaving.  I thought about dyeing it but I know they won't be visible when I wear this and it's so so soft, I know I'm going to wear it a lot!