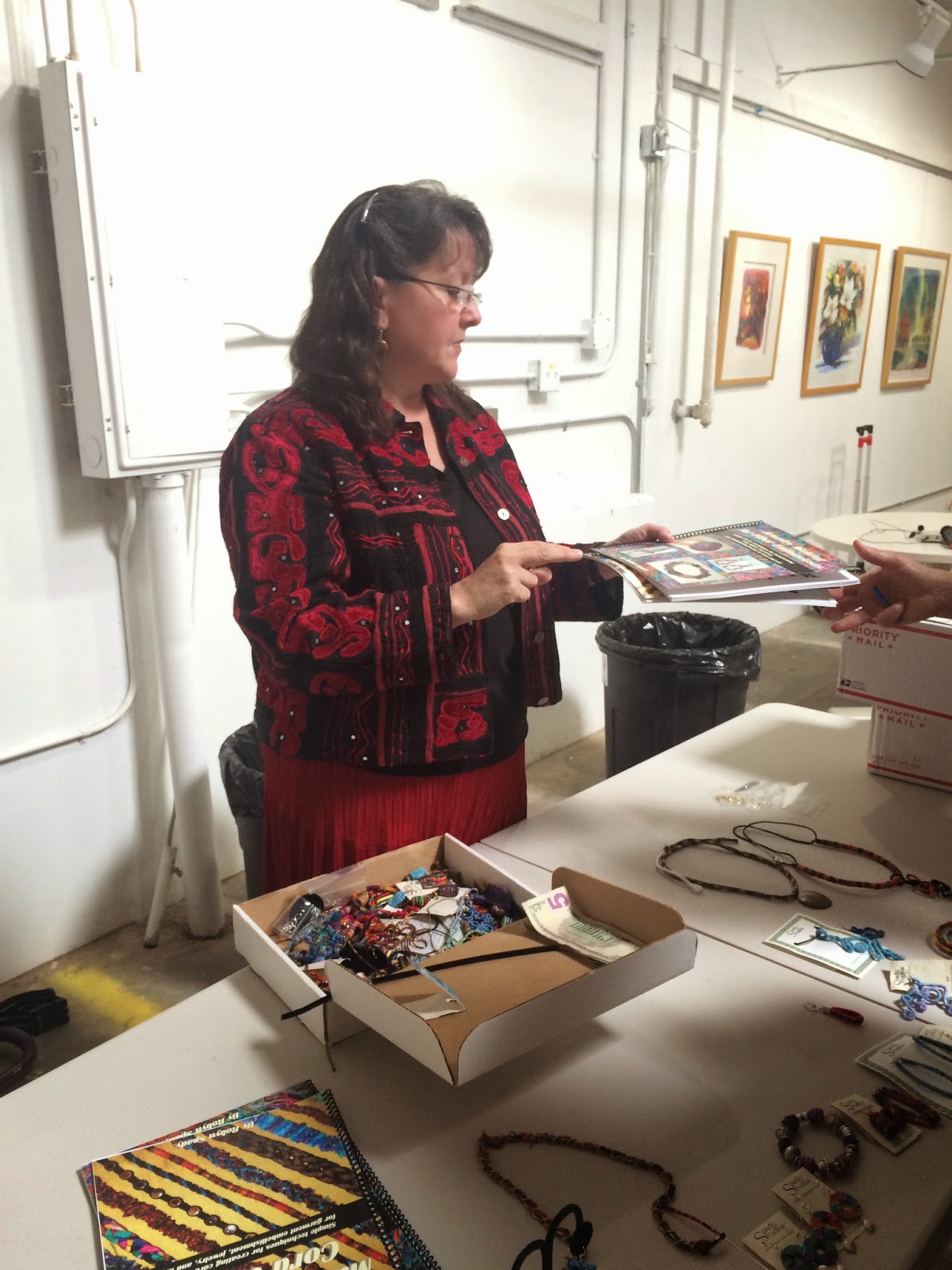 We didn't realize it until the next day but Robyn was touring The Oscar Exhibition at the same time we were and they compressed their visit into 2 ½ hours.   Our allotted time was 90 minutes but we just couldn't see it all in under two hours. I will never watch a movie or commercial in the same way again.  Robyn’s program was on how to make jewelry and embellishments from our stash, but what I loved the most were her lectures on embellishments in historical garments and in costume making. Having just seen the exhibit the day before, I soaked it all up. 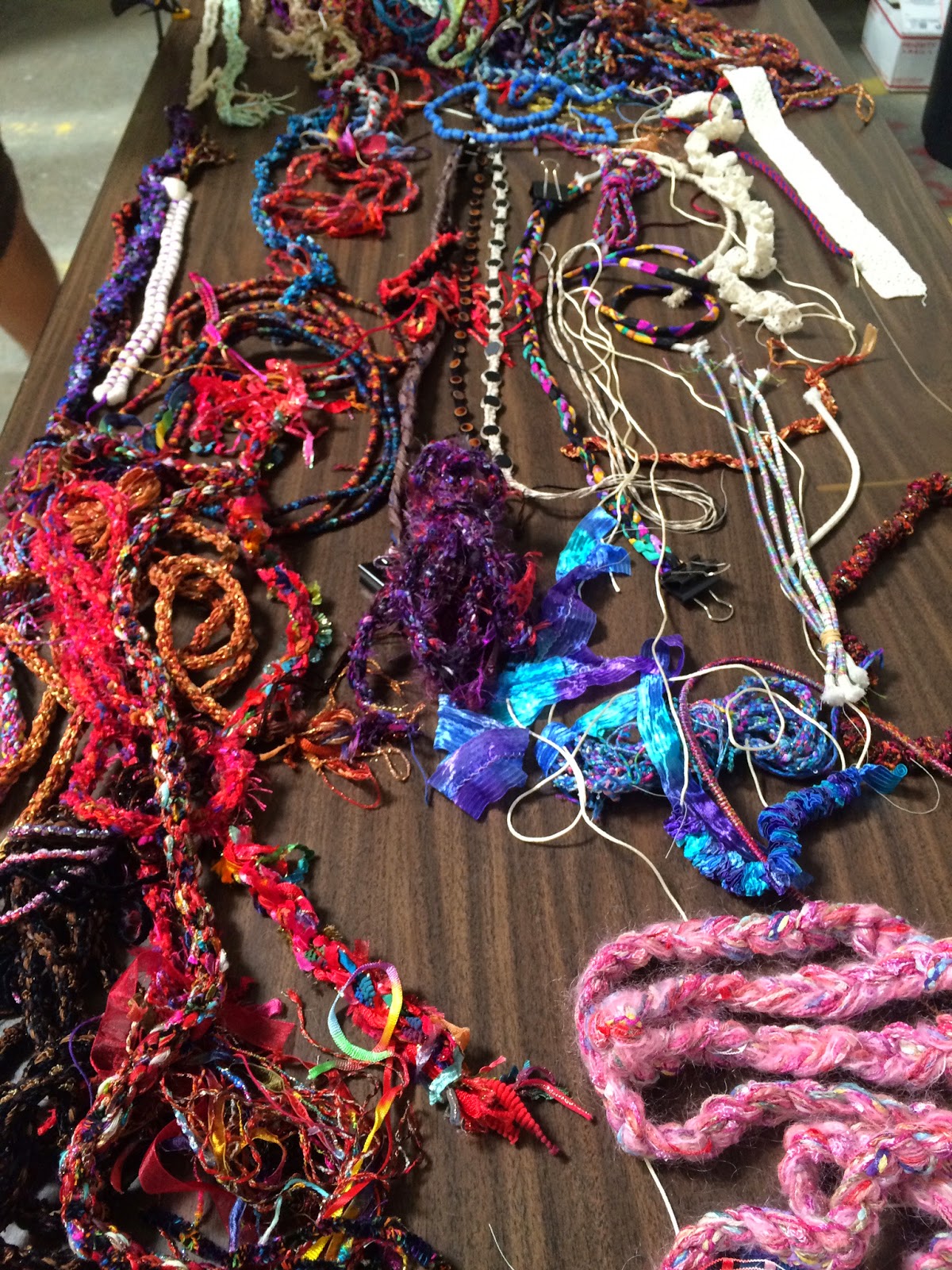 I really enjoyed the Southern California Handweavers Guild.  They were friendly and open and were welcoming to visitors.  They were meeting in the newest space they've managed to arrange – the San Fernando Valley Arts and Cultural Center.  They meet in an open area of the gallery which is simultaneously open to the not-so-quiet public.  Saturday morning was taken up with their meeting and an hour talk from Robyn, but we rolled up our sleeves and went to work for the next day and a half.  She brought all kinds of colorful stuff to play with and play we did.

My other favorite thing was earrings from novelty yarn.  Melissa and I became obsessed with them and I confess we made them when we were supposed to be making embellishments and sometimes when we were supposed be listening.  Anything with Robyn is fun.  Somehow we began singing songs from the Music Man because Robyn said she always wanted to do, “One Grecian urn, two Grecian urns” which she demonstrated for us to much laughter.  Our group was “of an age” to remember this musical.  Someone decried the loss of the classic musicals - like South Pacific, so we started singing “There Ain’t Nothing Like a Dame.  One annoying male artist who was installing his work, chimed in from with back with Ezio Pinza’s part.  We laughed and forgave him his noise, because there ain’t nothing like a dame, especially a weaving dame. 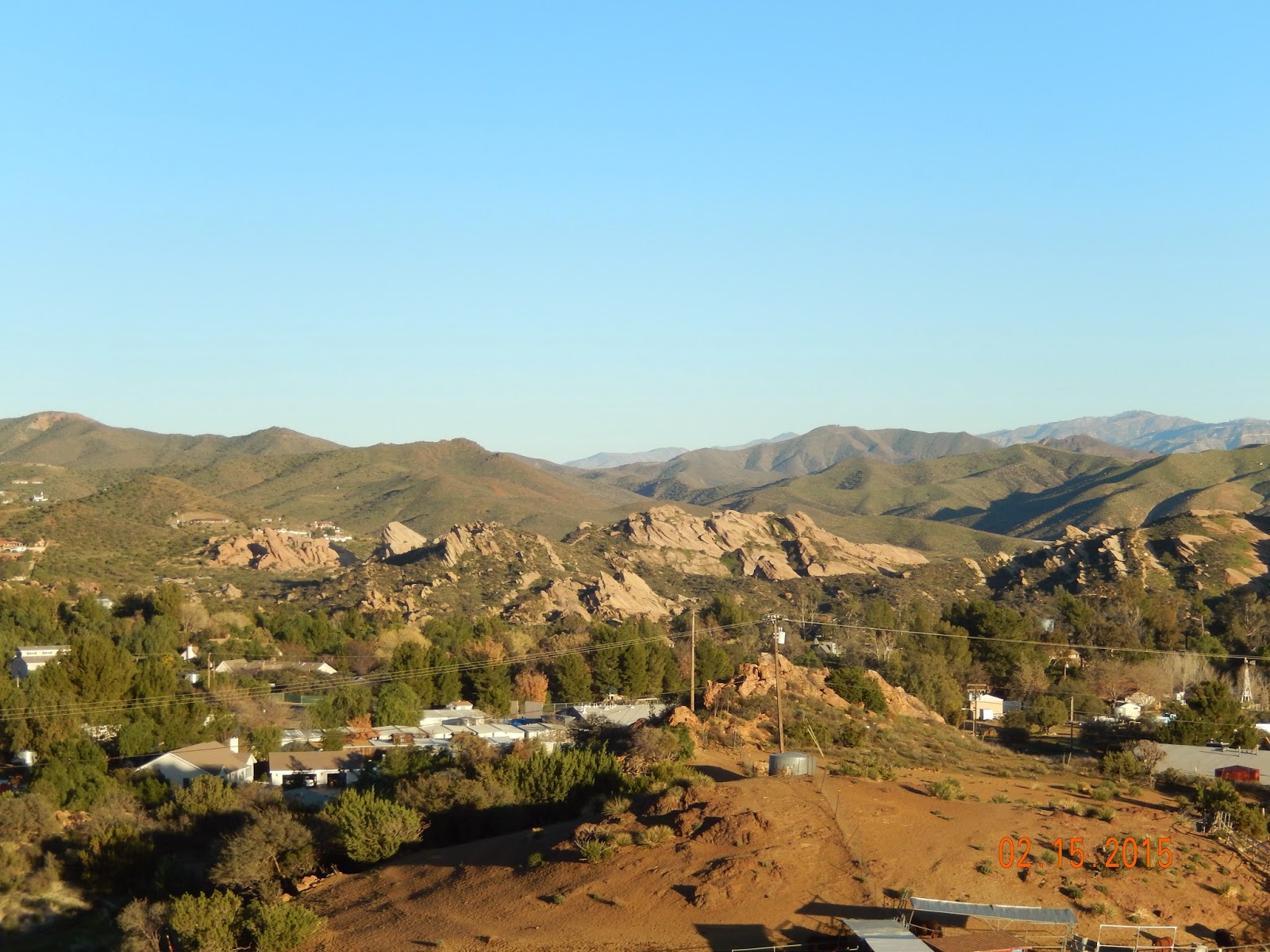 Melissa lives in an area called Canyon Country.  It's 2700' in elevation, so it's hot in the summer but cools off at night.  It's very pretty in its own way.Their house looks out over the Vasquez Rocks which is where a lot of movies have been shot.  I was surprised to learn that even an episode of Big Bang Theory was shot here. 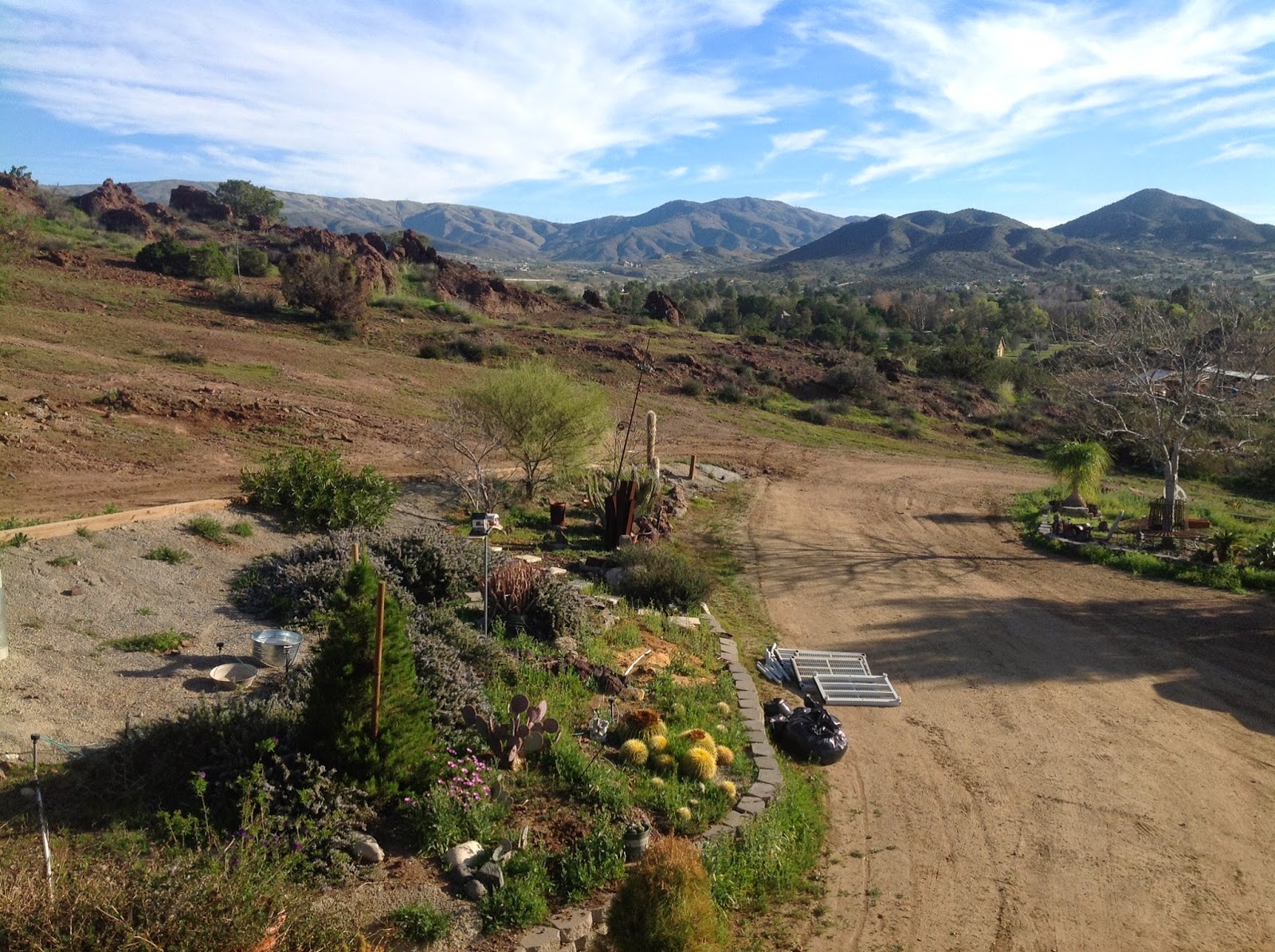 Because Monday was a holiday, the flight was twice as expensive as the same thing the very next day so I flew home Tuesday.  Melissa had to work Monday morning and I used the beautiful morning to sit on the deck and finish my book.  We played Shanghai Rummy that afternoon instead of doing something or going somewhere.  It was the perfect end to a perfect visit. 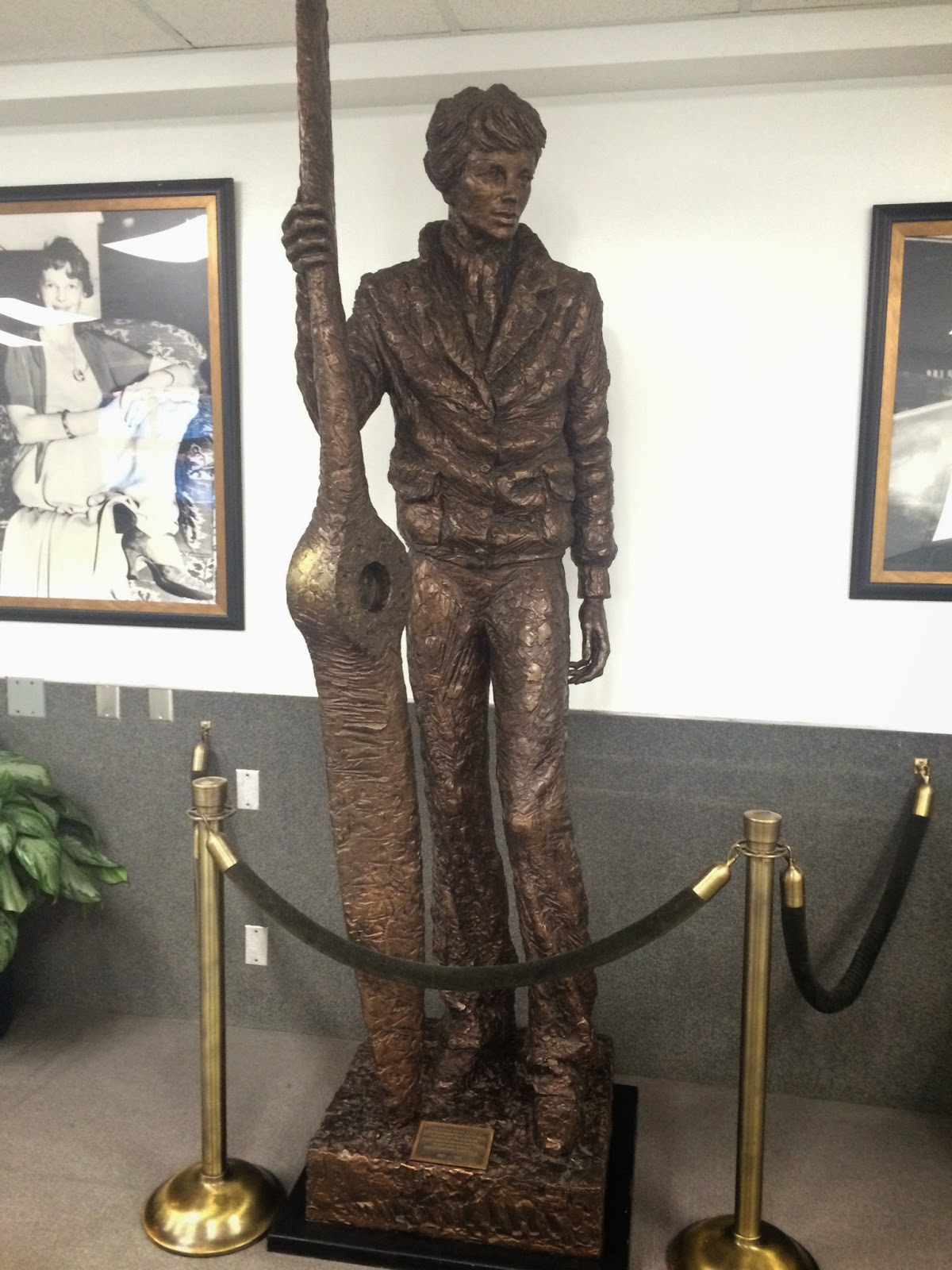 I really like the Bob Hope Airport.  There are nice pieces of art like this cast bronze of Amelia Earhart and it's small and friendly.  A friendly airport?  Imagine!!  Neither of my flights were full and we accessed the plane from the front and rear with stairs and ramps, the old-fashioned way.  As I was flying both into and out of Burbank I couldn't help notice the many turquoise rectangles of swimming pools in residential backyards which seems odd in a time of drought.  Please tell me that the farmers aren't denied water in favor of pools. 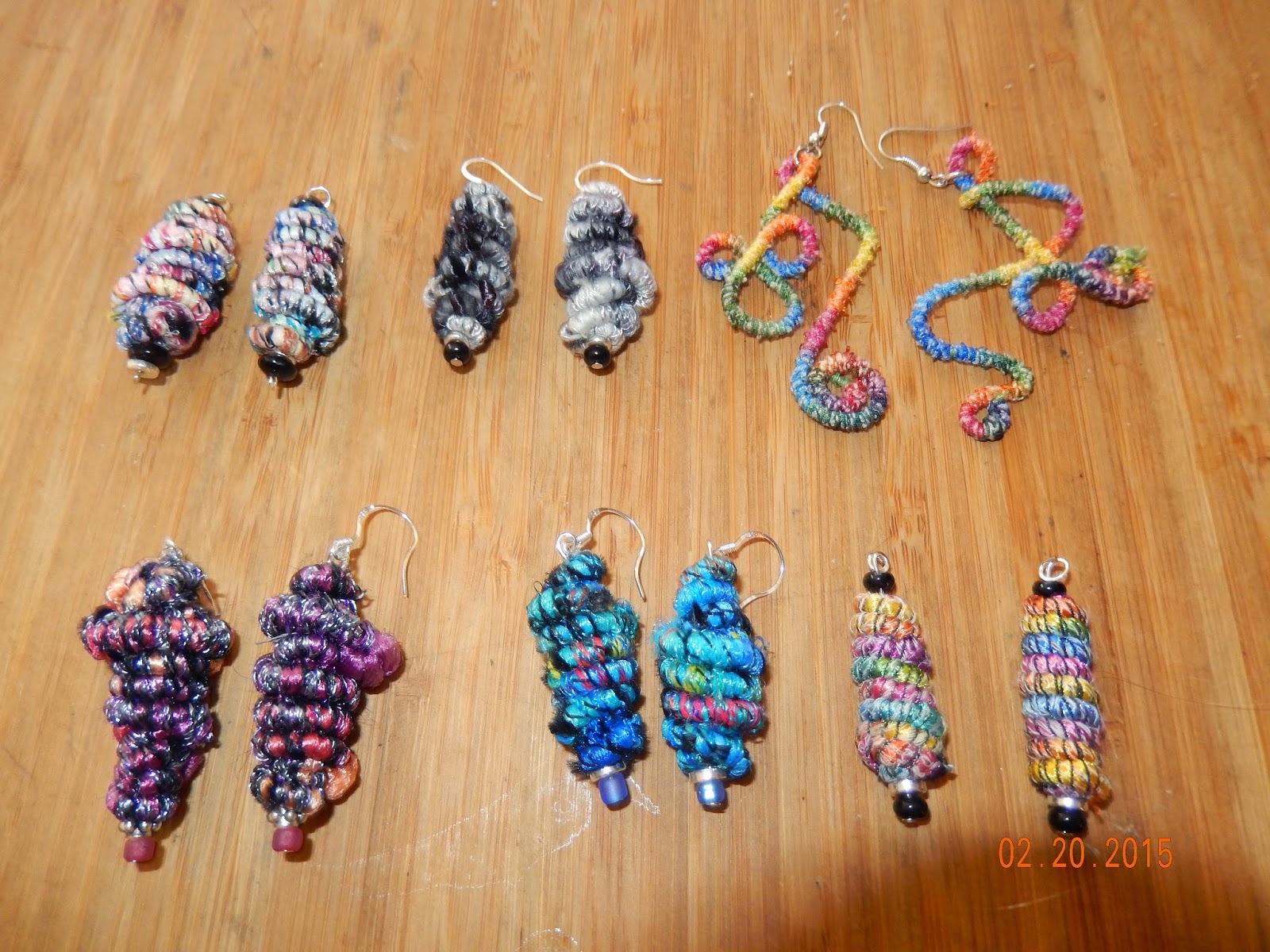 These are the earrings I finished at the workshop.  They are crazy fun to make.  I especially like the odd-shapes on the top right, made by wrapping 18 gauge florist wire with novelty yarn. 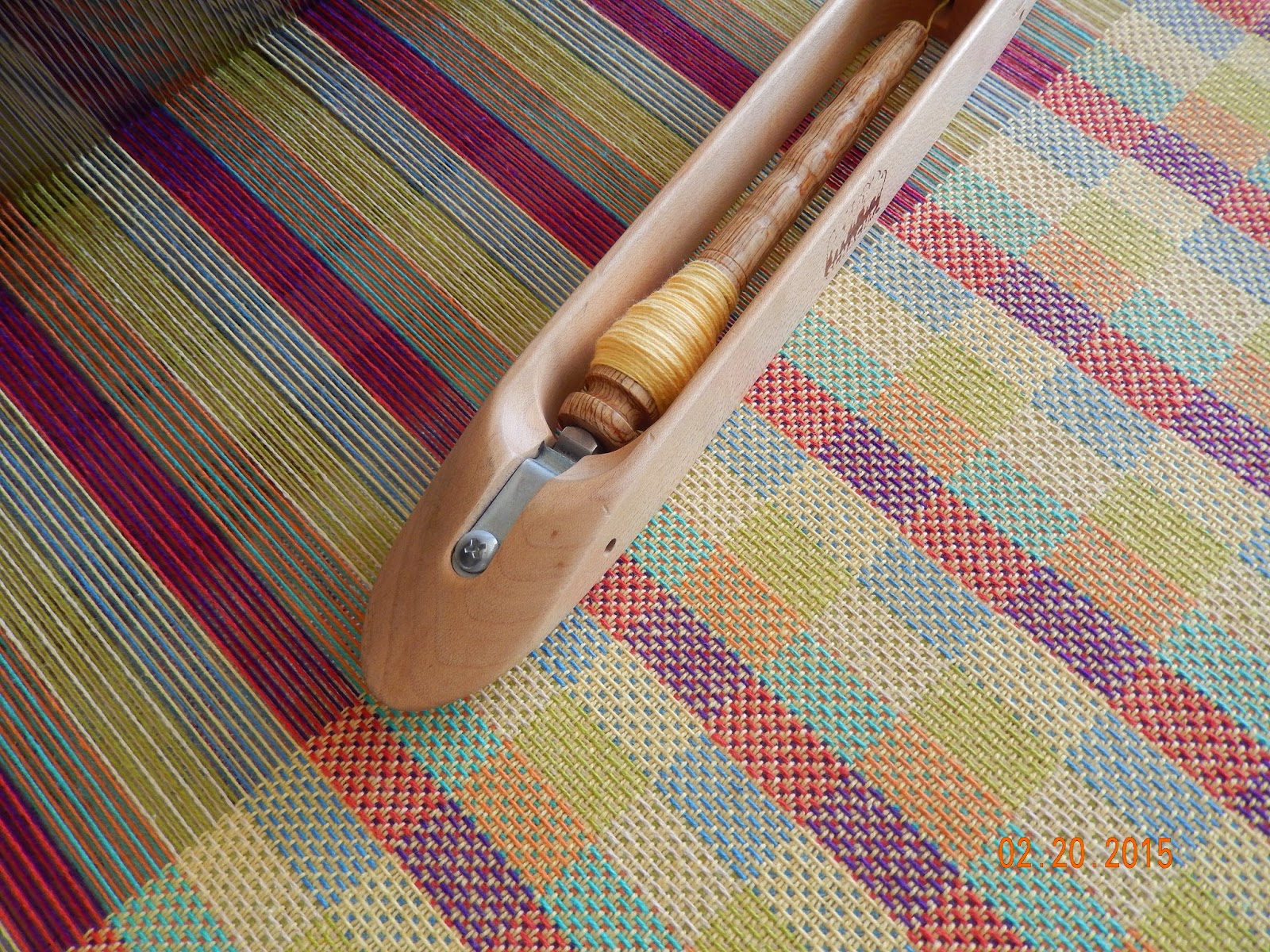 I'd like to finish up the towels on Maudie Mae and I really need to make a yarn order soon. This is all the yellow I had left when I finished this towel - close!  I got really anxious near the end, hoping for a towel and not just a bread cloth.  Next I want to try some of the Turned Taquete blocks that I've seen on the Iowa Weavers blog. Still no winter here.
Posted by Sharon at 4:26 PM