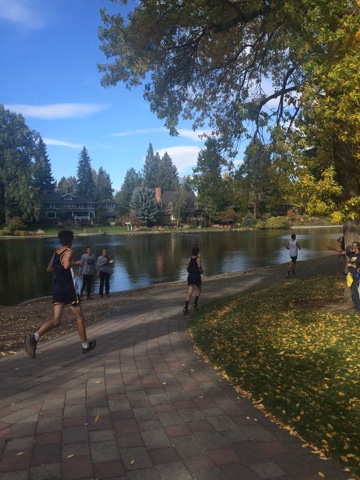 I suspect this is only the tip of the iceberg, but with both boys in sports, I expect and plan to be very busy.  Friday we went to Logan's cross-country meet in Drake Park, where 25 schools met up in the Oxford Classic, a 24-year-old tradition.  He had resentfully signed up for X-Country but just started to train.  A secondary sport is required by his high school and it does my heart good to see him falling in love with it.  Baseball remains his true love so I'm looking forward to an exciting spring. 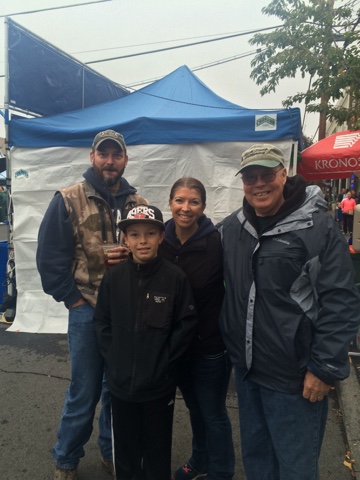 Saturday brought a snap of cold weather but we braved the Fall Fest anyway in Downtown Bend.  It's just minutes away and always fun.  Unfortunately for the vendors, we probably would have spent more money had it been warmer. 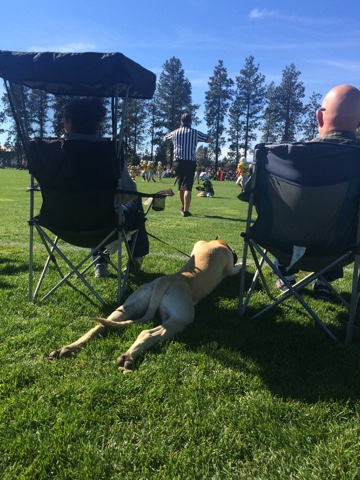 And by Sunday we once again enjoyed Indian Summer.  Evan is in the 6th grade and has chosen football as his first sport.  Even though he's in middle school and these are school teams, 6th grade football is directed through Parks and Rec.  They won't play on a school field until 7th grade and I will miss the park setting. 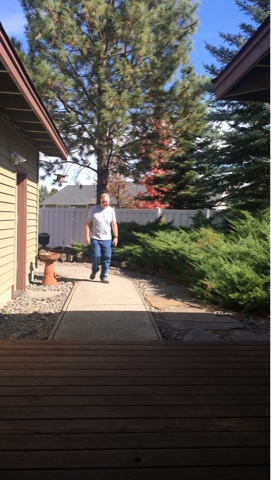 Tuesday Ian and I sat on the front porch, waiting for our broker at "our" house because I wanted to measure some rooms and also to compare carpet samples with the existing carpet.  I wish we could afford hardwood or tile, but in the sake of time, we've decided to replace the great room carpet.  There's a strong pet odor, and while it's a gamble that we're attacking the source, we're all in agreement that at least that room needs to be replaced. 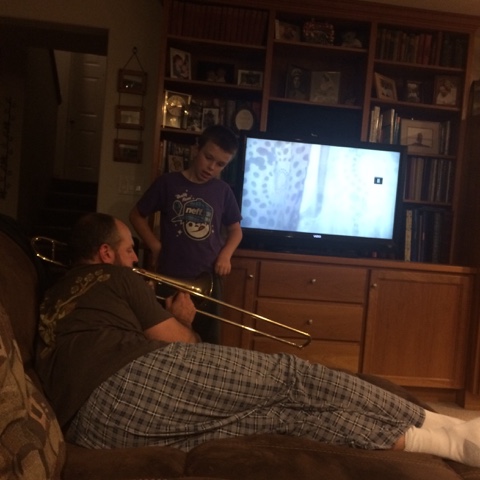 Evan is playing his dad's trombone in the school band.  A couple nights ago he was practicing and then came down to ask about some note positions.  There are things every day that confirm our decision to abruptly sell and relocate.  This is just one. My daughter-in-law Missy prepared last night for her next day's class.  She has taught 1st grade for over 15 years but when the 1st grade enrollment was modest and kindergarten enrolled swollen at her school, the principle reassigned one of his teachers to kinder - Missy.  It's truly a complement to her skills and she has cheerfully (after tears) accepted this. 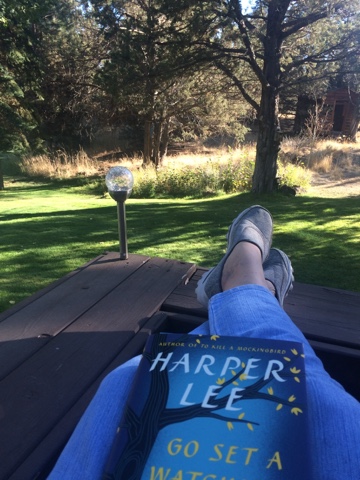 I love being a part of the chaotic life here.  It's not something I've ever had from a distance, the trombone, the coloring, my grandsons in the driveway playing basketball, their team sports - it all confirms our rash move.  We have a three week interlude between our two closes of escrow.  I've decided to fill that time with reading. 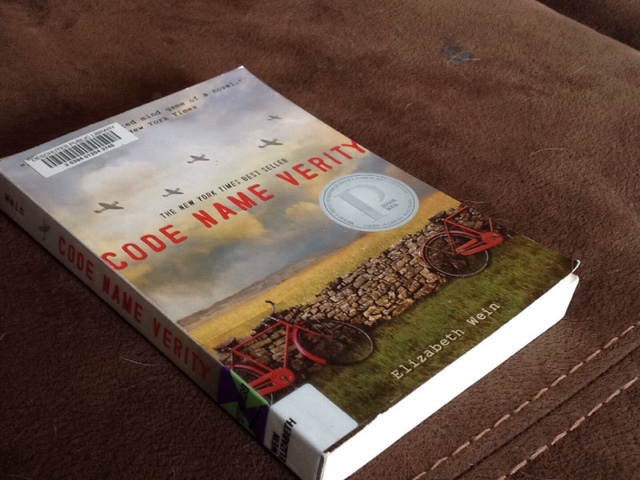 And to that end, I attended the October Deschutes Public Library book group yesterday.  They read a book that I wasn't interested in so I attended as an observer and I pleaded newbie.  It didn't take long for me to recognize that it was the group for me.  The discussion was easy, intelligent, humorous and thoughful - plus it's apparent the group is widely read.  Afterwards I was chatting in an informal group when the facilitator returned with this copy of next month's book.  I told him I couldn't get a library card until later in the month so he checked it out to himself and told me to return it when I'm done.  Did I mention that I love Bend???

It is so great that you are enjoying your family. Kids grow up so fast!

Welcome to Oregon! And it will only get better!

I'm so glad you are already getting involved in the community and that you sound happy. I read Code Name Verity and enjoyed it.

You are getting right in the thick of life in Bend! This was meant to be!!!!

I read your blog from time to time; but it's been a little while since I last looked, and today I found myself reading with tears rolling down my cheeks. There is so much that you have to say that is exactly to the point ... of so many of us. I hope the new move works wonderfully for you! The snaking wake -- maybe that's the way straight and direct lines actually show up in this world!