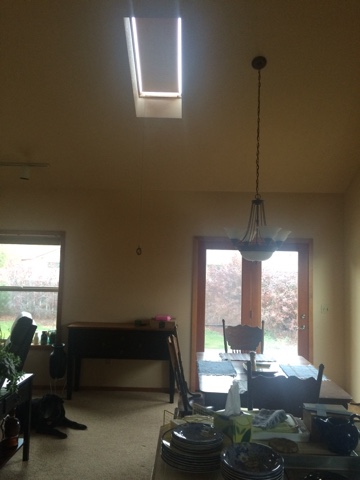 The skylights were one of the things that attracted me to this house.  Because Bend has 100 fewer sunny days than Reno, I knew that winter would be long and dark.  You can imagine my frustration when we "possessed" our house to find that the occupants left a mess behind but took the time to close the skylight shades. 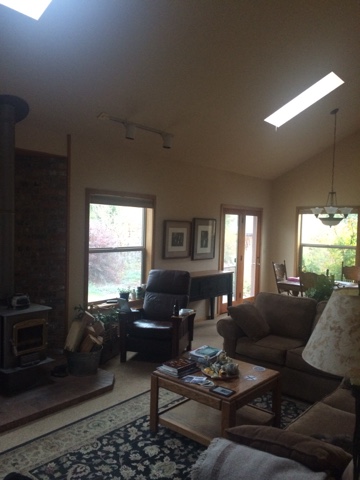 No one knew how to open them and we couldn't find information online.  We had the seller's phone number but when Ian called, the wife was terse and suspicious.  Imagine our surprise when three days later the husband called and proved to be talkative and informative - very.  He told Ian to put a cuphook on the end the end of a garden stake and explained how to use it.  Let there be light! 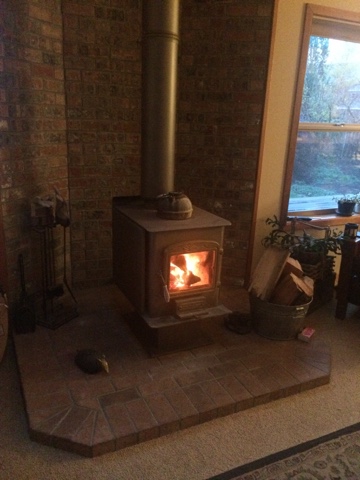 He also explained how to use this wood stove.  It's called Sunrise and was made by a small company that later went bankrupt so there's just no information available.  They wanted to create the perfectly efficient wood stove so it draws air from under the house and recycles the heat through baffles on the side, but to start it you keep the damper closed, the opposite of our old Jotul. 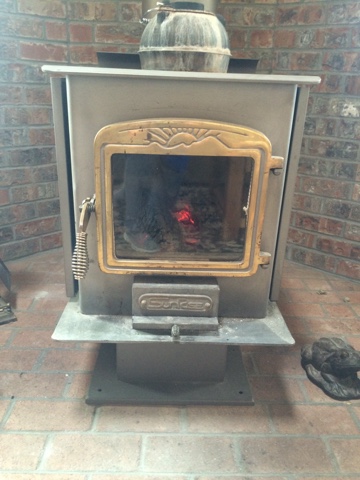 It's so efficient that a single morning fire was sufficient for the whole day.  And the brass door is gorgeous.  The house is 2 x 6 construction and so well insulated that we can't hear each other from room to room.  I was worried about a massive power bill but the house really maintains its heat. 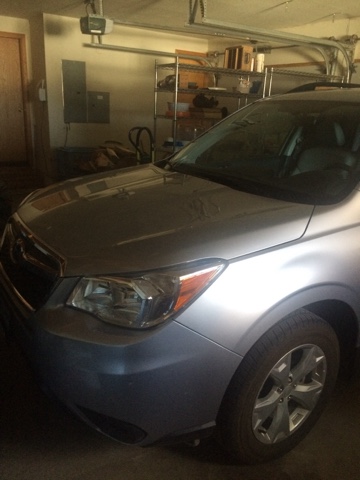 I have thrown myself into unpacking boxes so my upper back is pretty sore today, but I was delighted to make space for Jane in the garage.  That's all the space we need for now because unfortunately after we spent $3,000 on our old truck, two weeks after we got here it blew a head gasket.  We haven't decided what to do since we need a truck but can't afford a new one.  Ian is having it towed on Monday to Josh's mechanic. 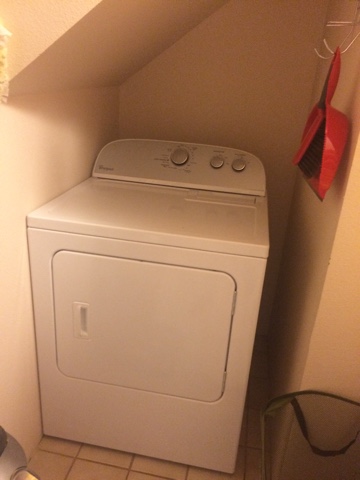 On top of that, it turns out that the dryer left behind was kaput so we bought a new one online from Sears which was delivered and installed yesterday.  The skinny guy who attached the vent hose slid out and cautioned us to not move it!  I don't like this hobbit laundry room stashed under the stairs and it almost turned me off on the house. 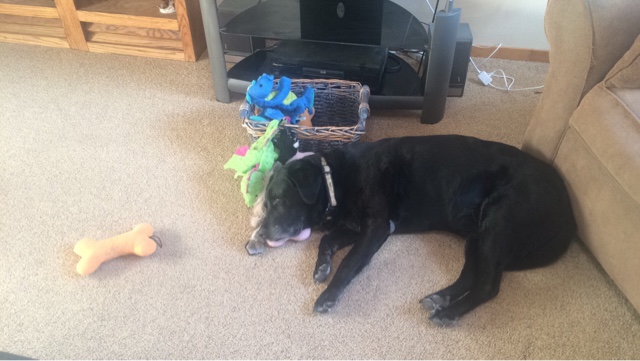 The dogs are still confused even though we've been here for a week now.  Sammie was really excited when we found her basket of toys.  She pulled them out and then laid on them.  She has huge "separation anxiety" so these were especially comforting to her. 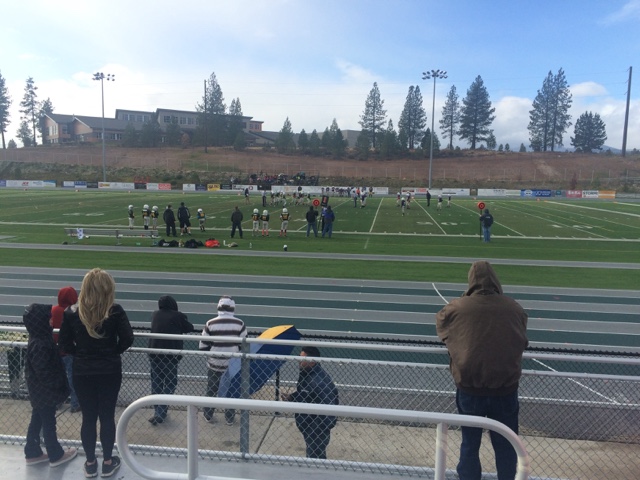 DIL Missy's mom Julie comes up for a week after school is in session to see the boys play their sports.  This past Sunday was Evan's last 6th grade football game and we all went.  Josh told me that the rain in Bend just falls straight down and it truly does.  After rain in Reno being accompaned by fierce wind, this kind of rain is just fine and dandy.  And what do you know?  An umbrella works well without wind.  Evan's next sport is basketball - indoors! 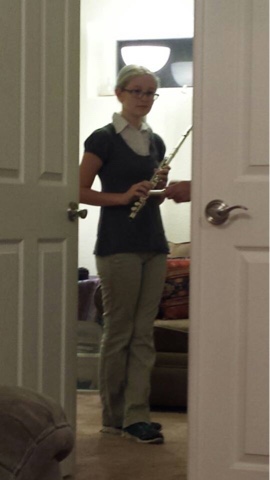 There are trade-offs to anything.  Alexia has become very serious about the flute and is now taking private lessons.  My heart aches with missing her.  This is daughter Chris's flute that we bought for her in 4th grade.  She played it all the way through high school and even played it for weddings after she graduated.  Josh's sons have also picked up his instruments.  Logan is playing his trumpet, Evan is playing his trombone, and we're looking forward to school concerts in December..  What great investments those instruments were!.

We have been looking for 3.5 yrs on and off for a place where we hope to retire, Ozarks of AR. I can tell you I find real estate to be like a roller coaster. Its soooo hard. People are so funny. I guess maybe its universal. We recently made yet another trip up to AR to see what I reallllly thought might be it. Not so, so much deception even if you ask all the right questions before you drive 8 hours. You get there and think? Ummm I believe I asked about this and this and this and this?

Your wood stove sounds lovely and is lovely. We heat with wood stoves here. We actually have a small jotul in our master bed/bath. I love it. Going to sleep with it burning is truly a treat. Both our stoves have glass front doors. We have a bigger one in our living rm which heats pretty much the rest of the house.

Glad you got the sky lights open and are settling in more. Hopefully the dogs/cat will settle in soon and realize this is home now.
I worry more about my cat being moved than I do for myself. When our house sells it will be new construction for us. The first time ever. It's not something I ever wanted to undertake so I know it will be stressful. You are right everything is a trade off.