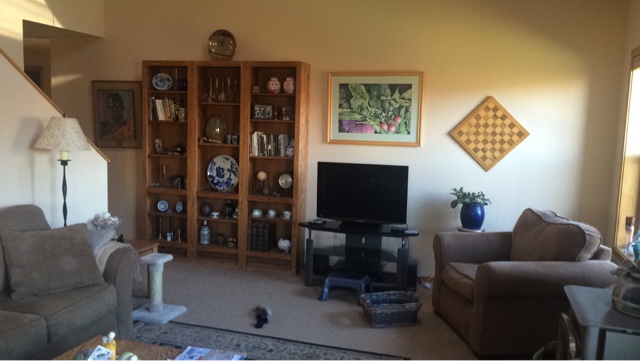 I threw myself into a frenzy of unpacking, knowing that when the weather is gray for days on end, I'm asking for depression if I don't establish some semblance of home, at least in the great room. 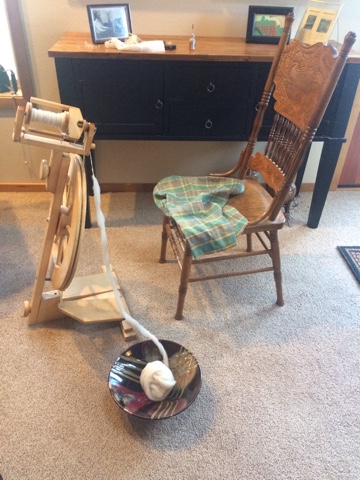 And Ian found my spinning wheel.   It wasn't identified in the inventory necause the movers didn't know what it is.  Spinning is a settling and centering activity, very zen, and I've missed it. 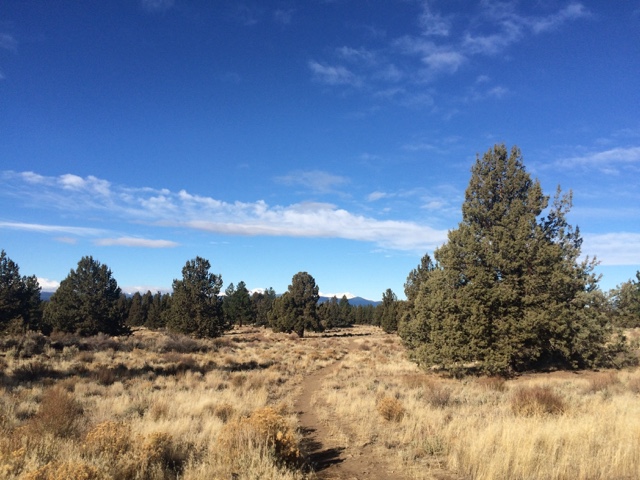 The pavement ends and it's open land just a quarter mile from our driveway   It's actually privately owned by a developer but currently it's popular with walkers. 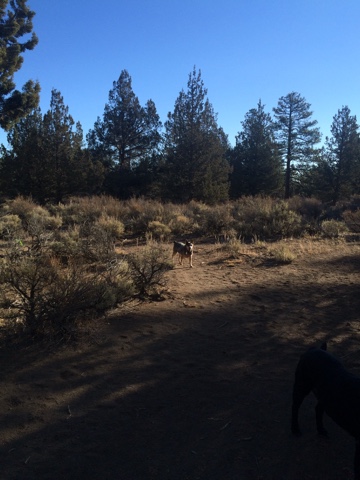 And it's very popular with dogs, especially mine! 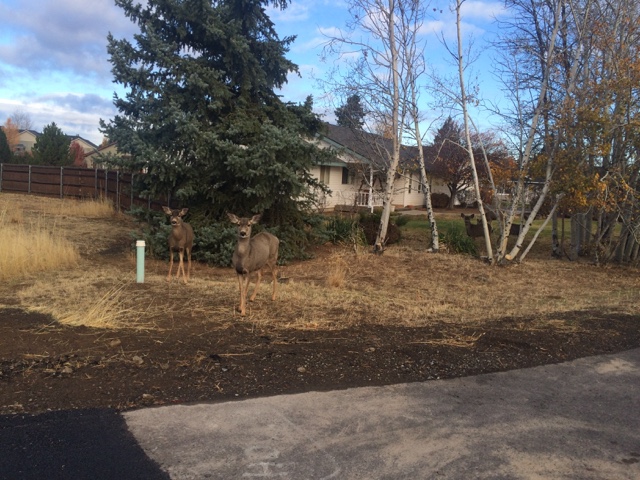 There were five deer in a neighbor's front yard yesterday morning.  They taught us in dog obedience class to loop the leash over your wrist so your dog can't bolt and pull the leash right out of your hand and boy am I glad I still do that or I would have lost control of the dogs.  Buster wanted a piece of this guy really bad but when he lowered his head and approached us menacingly I knew it was time to move on. 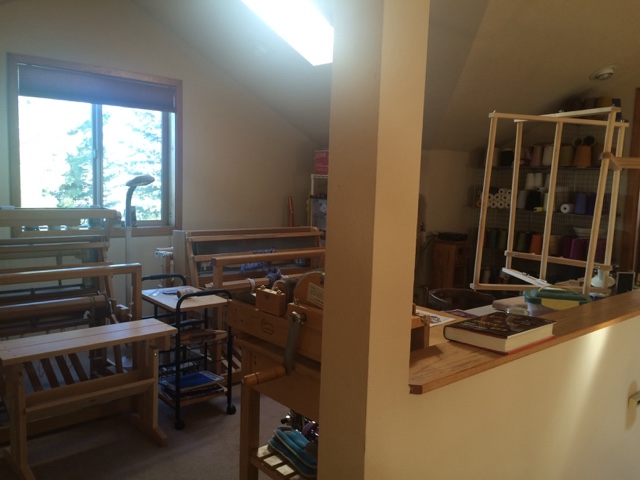 The studio is pretty much in order and ready for weaving but there are still many things left to do before I can settle down and devote my thoughts to a project.

Like hanging pictures.  We have lots left to hang but we decided while we're still hemorrhaging money, we might as well get these Associated American Artist prints redone in archival quality mats and frames.  Associated American Artists existed from 1934-1981 and these prints were done around 1970.  The program was developed about the time of the WPA Federal Art Project, but where their work was donated (mostly to schools),  AAA offered artists a set price of around $200 for a limited edition of prints which they then sold for $5 a print.  Their stated goal was to bring art to the middle classes but they made a nice sum for themselves in the process :)

These have yellowed and degraded a bit.  They were Ian's mothers who participated in the AAA subscription program for a while.  We're spending our children's inheritance so I hope they like them.  We're supposed to get them back in two weeks and will probably hang them at the head of our bed.  I chose cobalt blue for the accent mat color, either a great or terrible idea.  We shall see.
Posted by Sharon at 3:19 PM

It looks like you have your spinning wheel right under the skylight! You'll have everything just right before long!

Watch out for those urban deer, there have been quite a few attacks on people and dogs in Ashland from them. They have no fear of humans and start to get territorial. One woman was trapped on someone's porch while out for a walk. Coming into rutting season too.
Article here: http://ijpr.org/post/southern-oregon-deer-debate#stream/0

Landscape looks beautiful with the mountains in the distance. Great that you have a skylight in your weaving room!
I recently sold one of my spinning wheels. I had two but they were not being used so I kept my original Ashford hoping that some day I will be able to sit by the wood stove while it snows and spin. Glad you are settling in!

Love the bookcases! You move quickly with getting your craft supplies all set up -- I'm impressed.

I'll be very happy if my parents spend "my inheritance" on experiences and things that bring them joy. Money shmoney.