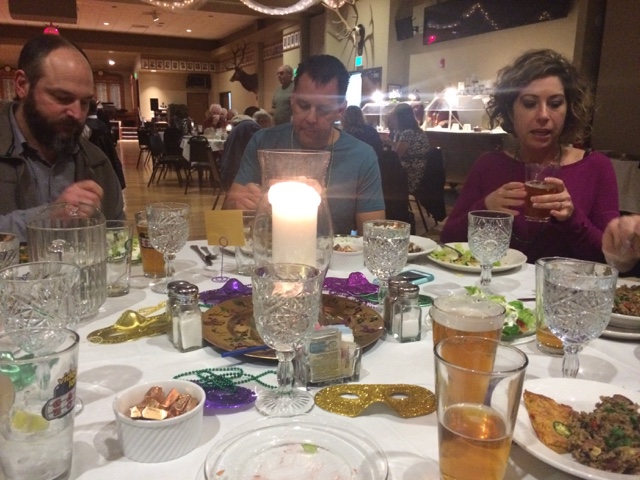 Ian and I attended a Bend High band fundraiser Saturday night.  The theme was Mardi Gras and the dinner included a dance floor and 22-piece Big Band band.  The band hasn't gone on yet in this shot, but when they did, we were astonished at how many couples poured onto the dance floor.  Apparently the band has a following with local dance clubs.

Josh and Missy were two of the five planners for this first-time event.  The goal is an instrument library for kids who can't afford to purchase them, and they had a businessman promise to donate an amount equal to what they raised.  A table seated eight but there are only six in our family so our realtor and his wife got roped in. 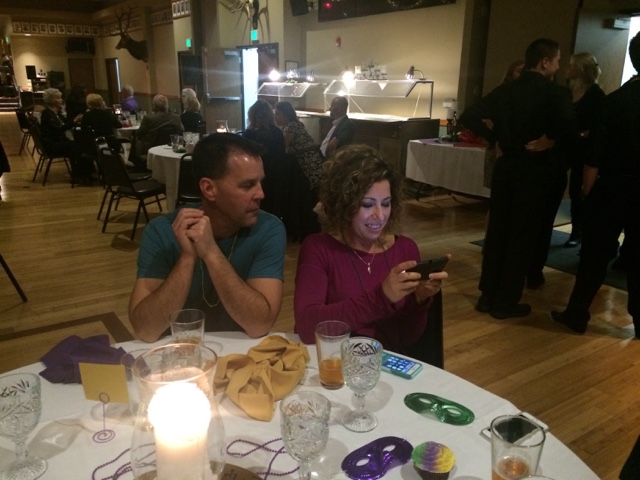 Gen is Missy's running partner so they were pretty agreeable. 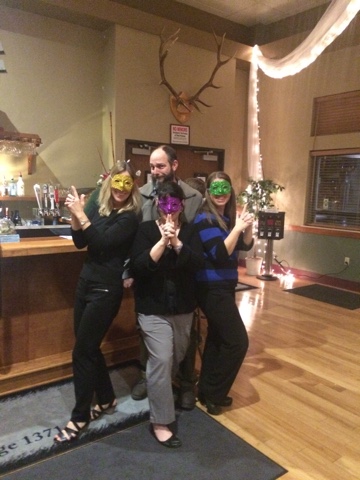 Lots of people got roped in as the frantic planners looked at disappointing ticket sales and hustled everyone they knew.  To their surprise they nearly sold out during the three days prior.  And in fact, people showed up that night and some parents forfeited the seats they had paid for so they could be sold again.  This is a very nice Elks Lodge and I'm sure the venue helps. 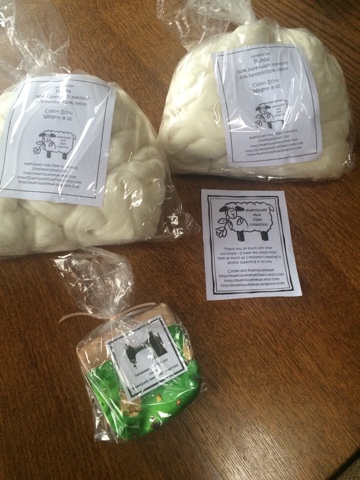 I'm going to push to make as many scarves from handspun as I can in the next six weeks so I ordered this Panda roving, a blend of Wool and Tencel from Cindie.  I think it will dye nicely and I'm anticipating a soft yarn.  Cindie included a cute little bag as a "thank you" gift.  A piece of metal ruler forms the closure so it opens and closes with just a pinch.  I promptly put my tape measure, eye drops and dental floss in them so I can find them easily in my purse, and yes, I use all three equally. 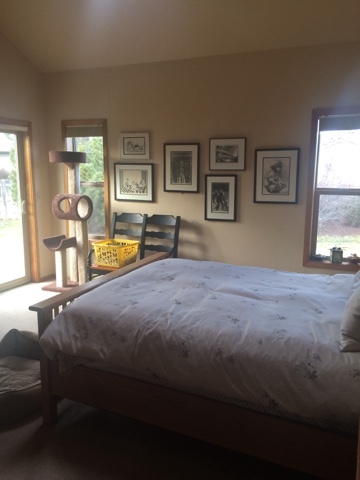 It's been a frustration to me that these prints that I'm so very fond of hang in the bedroom where I only see them with I'm going through or going to bed. 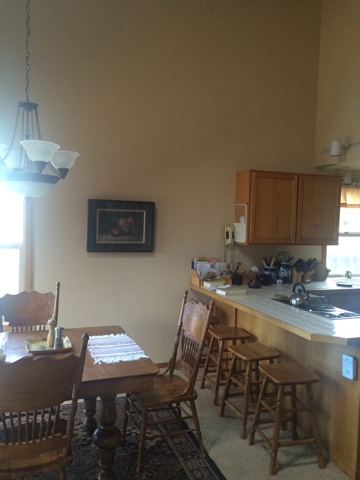 At the same time it has frustrated me that this giant wall has just a single picture.  We didn't want to poke nail holes in the wall when we didn't know what to hang and three months have passed. 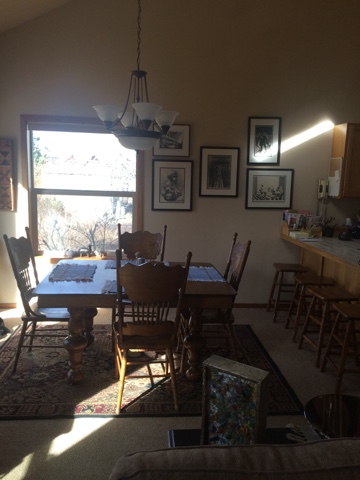 I got on a picture-hanging kick again this morning and reloated the prints here.  The oil painting belong to my kids' great grandmother and they thought I should have it, so I have dutifully hung it.  The only room where we haven't hung pictures in the guest room and if we hang everything we still have it's going to look like a salon, floor to ceiling.  It's time to start culling the herd and I hate to think about it. 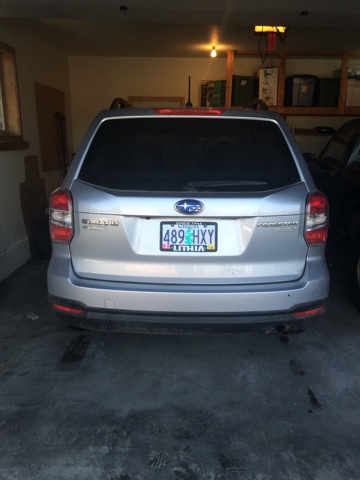 We got our license plates this morning.  We applied for Oregon registration on December 10th because Nevada notified us they were cancelling our registration.  Boy were we annoyed as we just renewed it in August at $335 for one year with no rebate.  The cancellation date was December 23rd and it was because we no longer had Nevada insurance.  Oregon is $187 for two years with no smog check, and it's a one-size-fits-all.  All cars pay the same fee.

We had called DMV several times over the past six weeks as we drove on a temporary pass which expired today.  In the call Ian placed last week the guy said they were lacking proof of our VIN inspection.  Ian told him he had a copy in his hand and that seem to get the ball rolling as our check was cashed.  Yesterday when Ian called they couldn't find our application for registration.  He had to go in this morning, time was up.  What a mess but it's over and Jane is now an officially registered Oregonian.  Me thinks their old system can't handle the rapid rate of growth in this state. 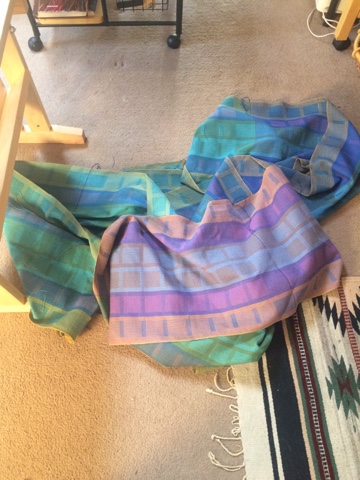 These came off the loom this morning.  I washed and dried the cloth and have cut it into towels to hem tomorrow.  Mañana! 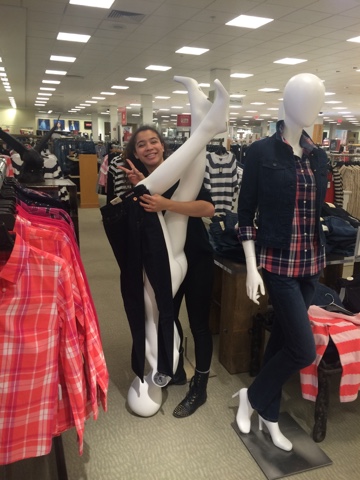 Fun stuff and pretty towels. Those almost gave me whiplash you got them on and off the loom so fast!

You did get the towels off fast! They look like you threw spring time on the floor. Very pretty!