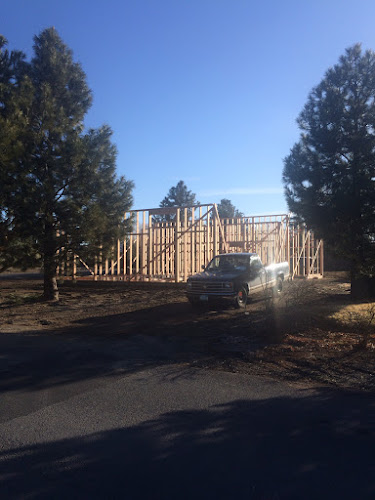 Thursday was a rare sunny day and I enjoyed my walk all the more for it. There's some construction going up on the corner and the more they work, the more we realize that our neighbor is building a marijuana grow house. I have no idea what the implications are for that. 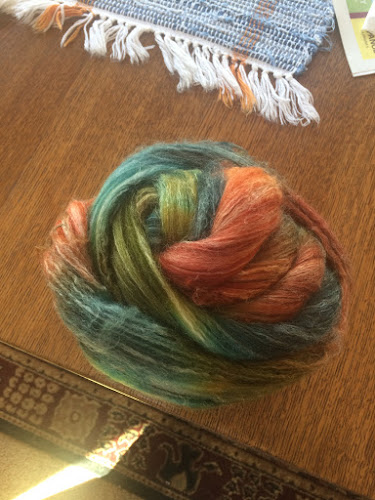 It was so nice when I got back that I dug out some of the roving I just dyed. Time to try the wheel on the deck. 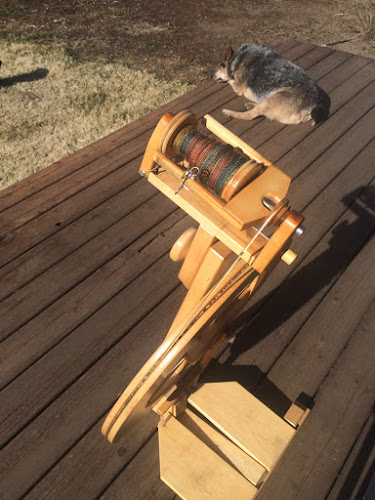 The weather could not have been accommodating so I spun all 3 ounces. I was planning on a Verde Gris effect though I won't know until it's plied. 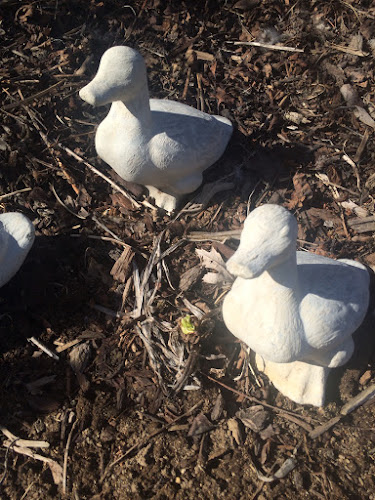 Yesterday was another lovely day so I devoted the morning to yard maintenance and clean-up. No one has pruned anything in years so the bushes are misshapen because their branches can't hold the weight. We've had two branches splint just this winter and clean up is slow. The good news is that at least one of the daylilies that I brought from our yard in Red Rock has made it. I also brought two Catmints (Nepita) from our yard and they too are growing. 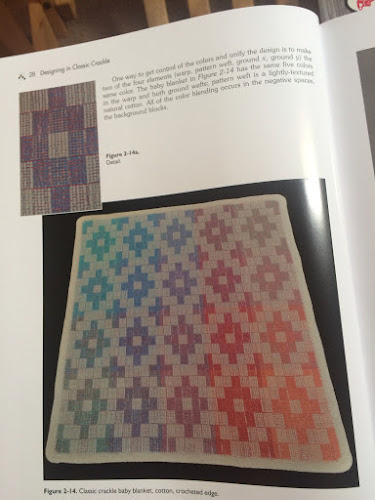 Susan Wilson's book on crackle weave arrived on Tuesday and my favorite thing in it is this baby blanket. She had said during the class and said that she used five colors in the warp and the tabby weft. The pattern weft is "softball" cotton. I decided to make my last sample emulate this using some 3/3 cotton I have. 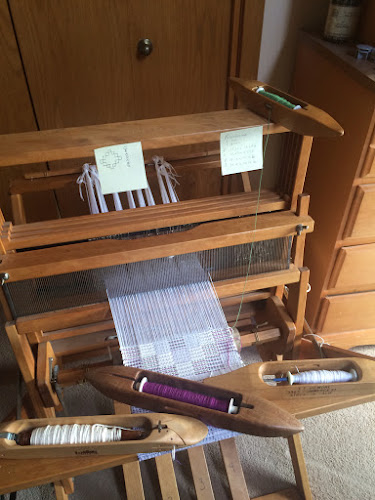 The hardest part is keeping all the shuttles untangeled and off the floor. There's no place to put them on a little loom with a harrow warp. I'm optimistic that it will be easier on a standard floor loom. 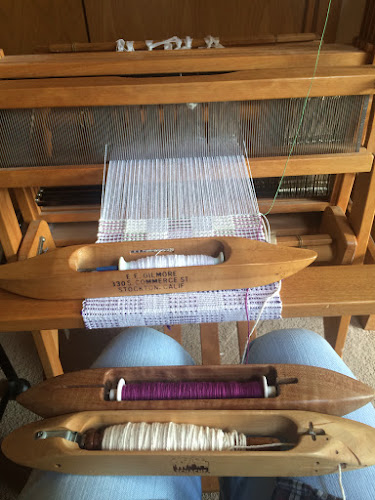 My lap juggles a couple and I often hold two at once. This is the baby blanket sampler on the last bit of warp. I'm still trying to decide what to weave for great grandson Owen. I need to hurry. He's already turning over. 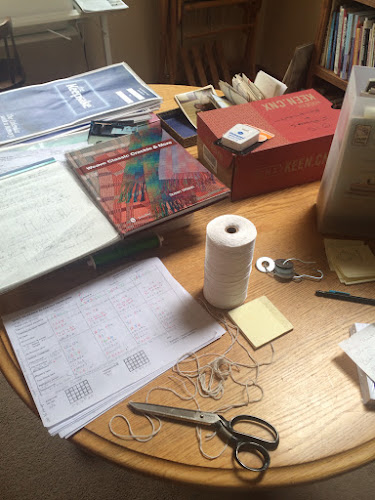 I was especially anxious to finish my sampler as I have encroached on Ian's hobby room in an overwhelming way. The other half of the table is covered with my new project which is to pull photos from about six places into one album, or two.
I had lost a box of photos in the move and could hardly stand to think about it. Ian's Valentine's Day present to me was to open the wardrobe box of his clothes still unpacked in the garage to see if the movers had put the box in the bottom. They had. 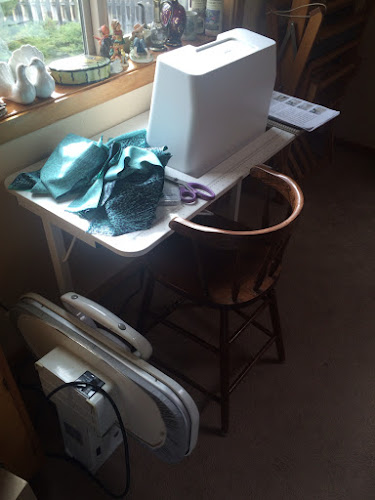 When this space opened up under the window I ordered a sewing table so I can leave my machine set up all the time. It won't take me long to finish up this project but it's also not a priority. I bought commercial fabric and cut it according to Anita Luvera Mayer's book, Cloth from the Hands that Weave. It will be my test kimono.
Yard work is starting to take up some of my weaving time and I still have ten towels to weave. It's raining as I type and will for several days so the decision is made for me - this time. Tomorrow Ian and I are attending a four-hour "Plan your Garden" class at COCC. We just finished the five-week tai chi class called Tai Chi for Diabetes that we started last month, also through COCC. Monday we will join the Oregon Tai Chi Wushu studio so we can continue because we can only get better at it. At the moment we look like gawky birds with injured wings.

Posted with Blogsy
Posted by Sharon at 4:31 PM