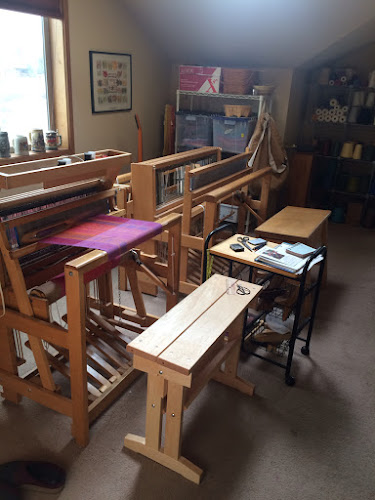 Josh and Missy stopped by on Sunday to bring me the Gilmore weaving bench that has been in Josh's shop since last June. The cheap Chinese screws couldn't stand up to the rocking motion in weaving and snapped in half, one at a time until the bench was dangerous. I bought the Schacht bend in the foreground to use for both looms until Josh could get my other one fixed. It is so nice to have a bench at each loom. This is a first for me. 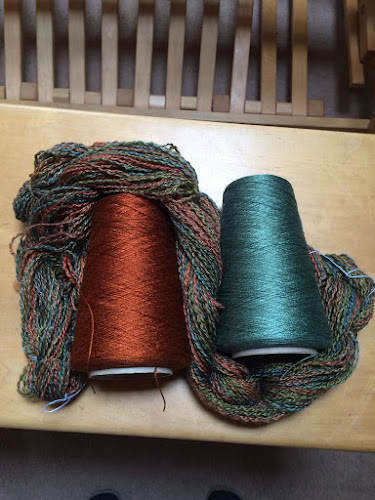 I plied my handspun single with 16/2 honey-colored bamboo. It was a toss-up for me on the warp color but I ultimately chose the rust. 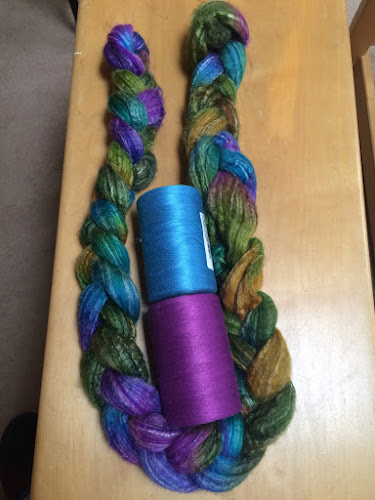 I've wondered which of these 2/16 bamboo yarns to ply with my hand-dyed roving and have decided that since I didn't use the deep teal with the previous yarn, I'll go blue all the way. 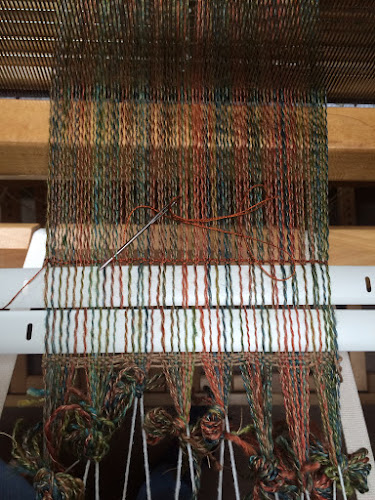 I didn't split the sliver and so had large areas of the same color which makes long color runs in the yarn. I divided the roving in half and spun it on two bobbins making two balls which I then held together while warping to integrate the colors. This is way I like to hemstitch a scarf, plus the slats add a couple inches of warp for the fringe. This is 10 ends per inch and the 8/2 Tencel is also 10 epi. The weave is open like gauze. 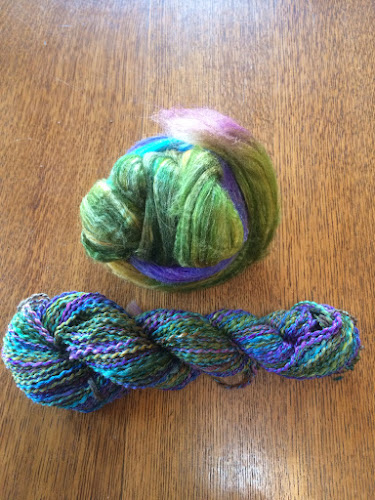 The new yarn is shaping up nicely and I'm very pleased. 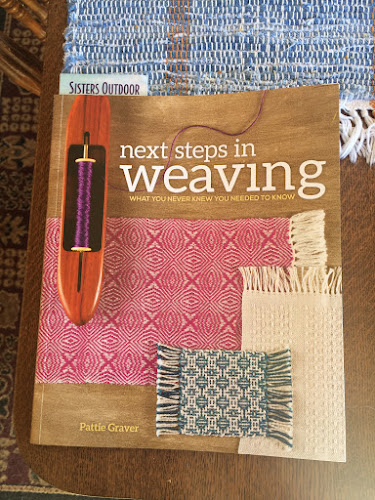 I just ordered this book on the recommendation of several other weavers. I wish it had been around when I was struggling to teach myself to weave using a variety of resources, though mainly Chandler. This picks up where Chandler leaves off and I already know that I want to try some of her samplers. The writing is clear and the samples are attractive. 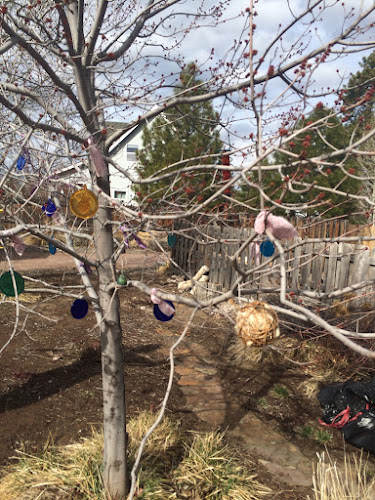 I've enjoyed our sun catchers this winter, especially when they catch the sun in a slight breeze. We can see them from both the dining and kitchen windows. The wind isn't gale force here like those we left behind in Nevada and they tolerated the winter here very well. I decided to check eBay. 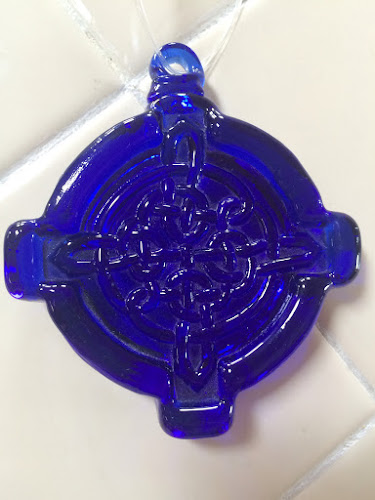 And I found this. They're all made by Kitras Glass in Canada and new, they run between $20-$30 dollars so I was pleased to win this auction for $8.50. It's only 3" instead of the usual 4-5" and also very thick but it still responds to the breeze. I love that they're made from recycled glass. Now we have nine. 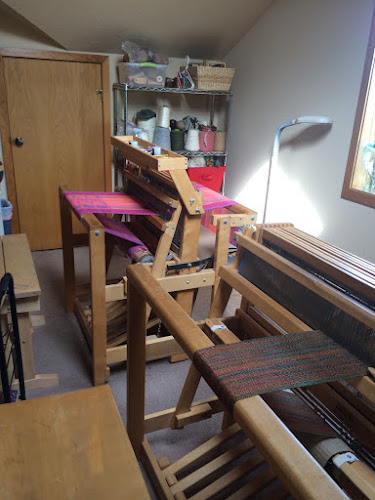 I'm still getting ready for Fiber Market Day the last Saturday of this month and after that I have a baby blanket to weave - yarn ordered.

Posted with Blogsy
Posted by Sharon at 3:30 PM

Some very pretty yarns and weaving going on there. I have gotten a bit of spinning in these last weeks but not as much as I've wanted. I have a cranky arthritic left thumb and it was complaining at drafting I have a benches for the big looms and a chest to sit on for the Gilmore and a sweet maple chair for the new Wolf Pup. I think the Schacht bench is my favorite. It has a storage bag on either side. Nice to keep extra shuttles and bobbins and the bench is comfy and sturdy.

No sun catchers here but I do love those mini wind chimes, I've hidden some in trees around here.
A baby blanket your say? Have you seen Tom Knisley's new book on baby blankets?

Looks like you have another run of towels on the loom! I'm loving your handspun yarn.

Those suncatchers are great - I've never heard of them, will have to check them out on eBay.