Where did the summer go?! 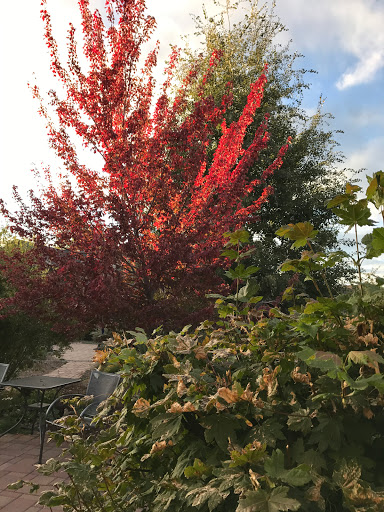 We were trapped indoors for weeks on end because of the thick wildfire smoke, and now here we are, with the turning leaves, chilly mornings and the end of summer. 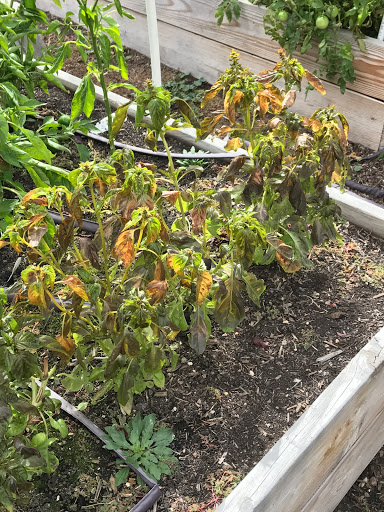 And the end of the garden.  The forecast was not for frost and because I've been so busy this week I believed it and didn't pull my basil yesterday - it was fine.  I came home from my class this afternoon and it was no longer fine.  I have two batches of pesto in the freezer but a third would have been nice.  This is the first year I've started garden plants from seed so I'm still pleased. 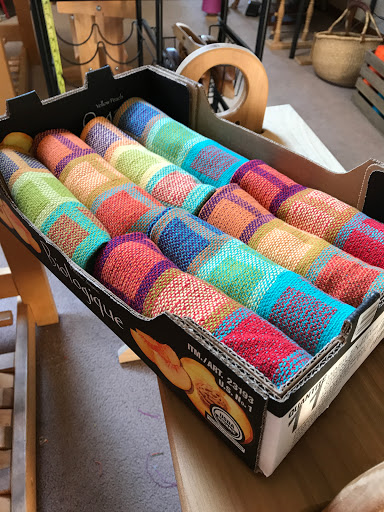 My time has been overwhelmingly devoted to working on the project for my art class which ended this morning.  I'm pleased in spite of everything that I have this set of towels completed.  I used to have a basket that I used to display towels in a condensed version at craft sales.  I'm using this peach box and hope the peaches last a few more days at Costco so I can at least buy one more box.  I'd love to have three boxes and four would be even better. 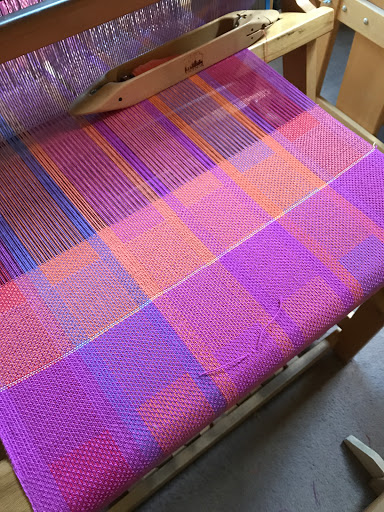 This is the current set I'm weaving in my new color way, "sunrise."  I used two different oranges though I can't really see the differences with the other colors.  I'm still pleased with it though I probably need to tweak the color way before I weave it again.  I hope to finish this and two more towel warps before the holiday sale on November 4th. 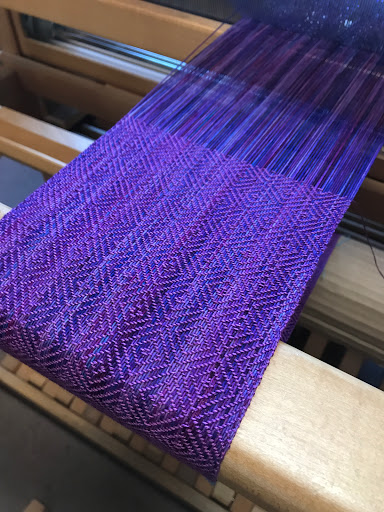 I probably won't have time for another scarf after this.  I'm focusing on towels just because they make such good gifts right before Christmas.  Scarves are a harder sell with their different sizes, materials, colors and customers' tastes. 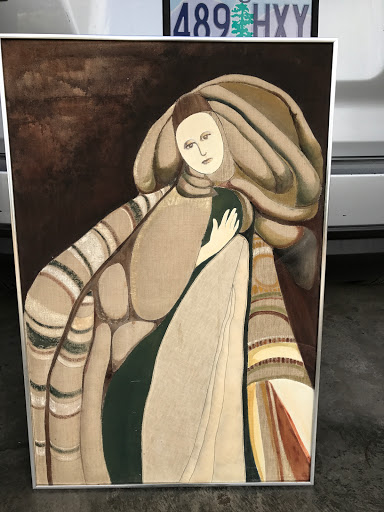 I bought this picture at a garage sale yesterday.  It was on my morning walk so I came back to the house afterwards and got the car because it's too big to carry.  The guy said the lady they bought the house from had left it behind in the shed and there's some mouse pee that needs to be dealt with.  He said he'd give me a deal, 50% off - $5!  I took it to my class this morning to ask Pat how to clean it.  She saw it set aside as she walked back to the studio area, and boy was she pleased when I brought it over to her for help.  She thought it was a piece that someone in the class was going to submit today and was trying to think of something nice to say about it.  It's painted on raw canvas but it's kinda sculptural. 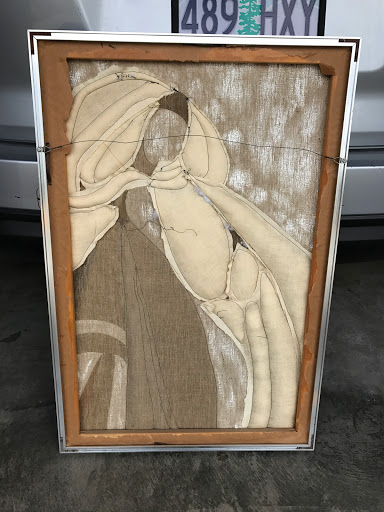 And that's because the back looks like this!  The sculptural part is stuffed and then backed by pieces attached with machine stitching.  I can't figure out how it's done.  Pat said she could see how it would appeal to a fiber person like me.  Oh, and the cleaning, she said to use denatured alcohol and a brush.  The framing shop in Wilmington Delaware that did the work used non-acid free paper and Pat thinks the work feels like something from the 60s. It's quirky. 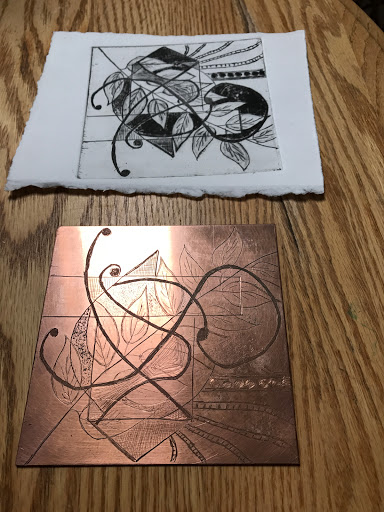 As for my class, this is my copper plate and the proof.  It's 5x5" and I took a lot of thought.  Most of the plate is done with electroetching, a nontoxicc etching process using copper sulfate.  I added some texture later with etching tools and drypiont.  The plate is finished and I learned a ton!  As in weaving, I learn by doing. 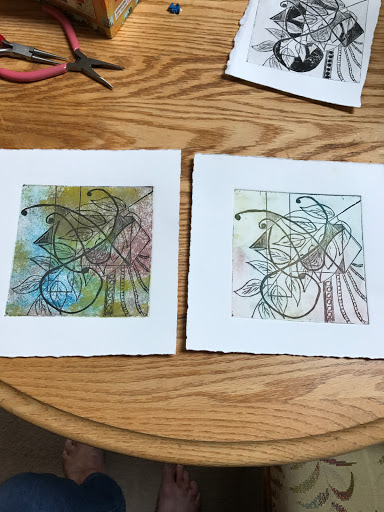 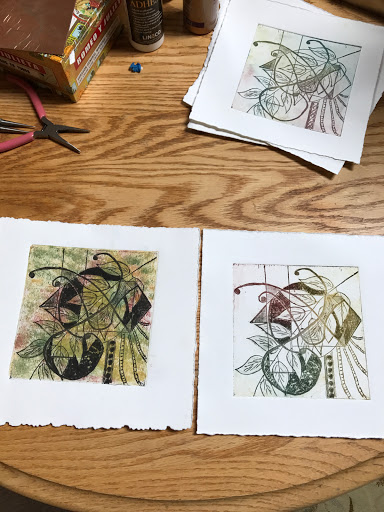 And this is after.  I really think the extra work to get the deep blacks and good value contrast was absolutely worth the extra time I spent.  The class goes for the next two months but I told them today I'm taking October off to weave.  I know I'll enjoy having both weaving and printmaking this winter when the days get dark and short, but I can't do them at the same time and I'm relieved to have made that decision.

I had to laugh about your teacher trying to think of something nice to say. It's great that different things appeal to different people. My MIL thinks the black walnut bowl Rick made for her is the cat's meow, and I prefer anything in figured maple; at least we won't be fighting over who gets what!

Interesting that you had a killing frost. We had the water freeze in the birdbath, but the basil on the deck survived the frost but not the deer.
Stephanie S. in NW Bend

could that be some form of trapunto?
I think it had a revival in the 70's.

I'm not familiar with trapunto but I looked that up after someone else suggested it. I do think it is trapunto and am impressed by the work of some anonymous person, It's sad that she (I assume) didn't value it enough to sign it.