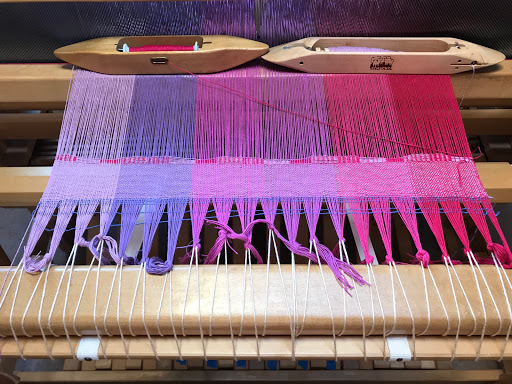 I know I just declared that I was going to return to warping from the front and boy do I love these colors - can’t wait to see how Summer and Winter works.  But switching my style of warping was kinda like switching horses in the middle of the stream.  Not a good idea. 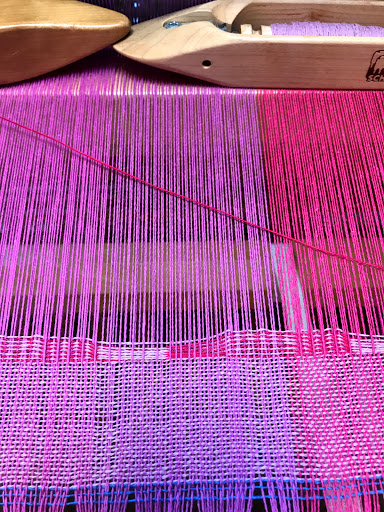 I double checked my tie-up and that wasn’t the problem.  It had be in the threading.  This is Sarah Jackson’s pattern and I originally had decided to warp from the back so the complicated threading would be exactly as the she had written it.  That’s when I switched horses.  That’s when I fell off into the stream.  I thought I was going to have to cut it off but messaged her and was advised to put a cross in the back behind the heddles, and cautioned me to be sure it was tied securely to the loom before I undid the tension. 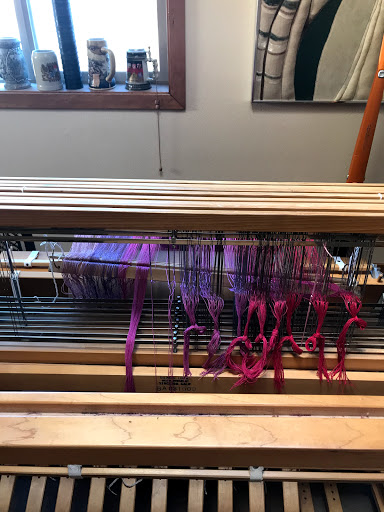 Having done the two methods so close together in time was actually a very happy accident.  I realized how much easier it is to thread the heddles from the front and it’s at an angle that is much kinder to my neck.  I just got my mind made up for me! 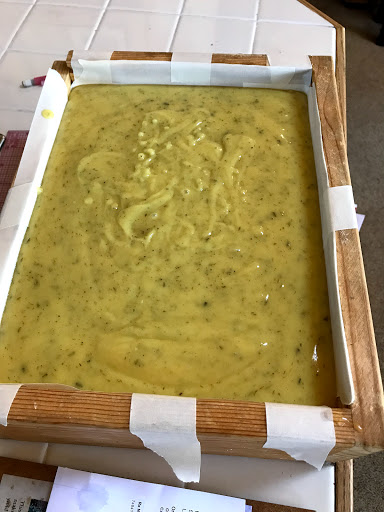 It’s been at least six months since I’ve made soap but we are out.  I’ve been low before, but never out!  I know I’m low on supplies and realized that I don’t have enough lye or palm oil to make another batch after this.  This is about $150 of soap were I to buy it, but it’s about more than just economics.  I like my soap better than any I’ve ever used.  I have another six months before I have to fold up shop or buy more supplies.  Meanwhile, we’ll have soap in about three weeks.
About a month ago I joined a knitting group and am surprised to find how much I’m enjoying these ladies.  We reserve space in Jackson’s Corner from 1:00-3:00 and people come within that time.  Some eat, most order drinks.  I discovered that one of the ladies is my neighbor who likes to talk walks around our area so tomorrow morning we’re going to meet up and walk at 10:30.  It should warm up to about 30 degrees by then.  I’m looking forward to having the company!
Posted by Sharon at 2:35 PM

LOL....I am such a Back To Front person, that I can NOT wrap my head around threading from the front. To me, the trick is to thread the heddles with my stool at the high setting, and sley the reed with the stool low. I think that it is whatever works for YOU!!!