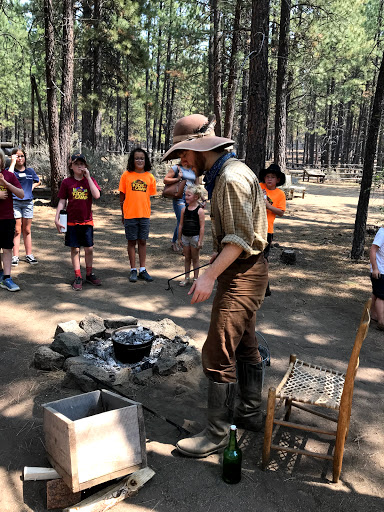 It’s been firecracker hot this past week with temperatures in the triple digits and smoky as fires consume vast swatches of the West, but life goes on at the High Desert Museum ranch house.  Kids Camp is in full swing and their activity with us yesterday was cast iron cookery over an open fire.  Ethan was super cautious about keeping the flame safe and the event went off without a hitch.  They made griddle cakes to use with the butter they had churned in the morning.  We’re seeing a lot of visitors from foreign countries this summer.  It takes me a little more thought to explain homesteading and the homestead act to them.  We try to stay in character, but for them I realize I have to explain the “why” behind how I became a homesteader.

My daughter sent me this picture.  Alexia kept knitting on the circular needles, teaching herself how to decrease from YouTube videos and also how to make a Pom Pom.  I taught her both English and Continental knitting, but she found her gauge looser and more consistent with English which was her method of choice when she went back home.  I had explained that Continental has less motion so reduces the risk of repetitive motion injury and is also faster.  She switched over in the middle of this project and then went on to teach herself how to purl.  I never showed her how to cast on but no doubt she’ll find a YouTube video for that too. 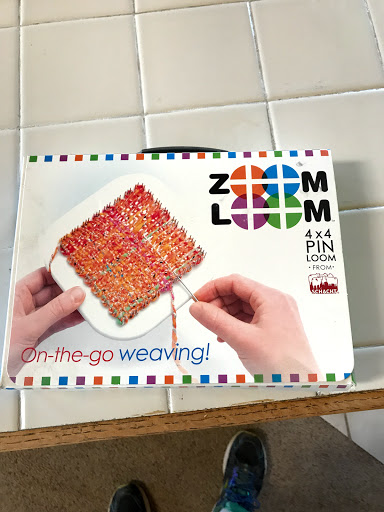 I bought this Zoom Loom years ago when we visited Webs and have only made one square.  I asked her if she’d like it and she was thrilled so the hunt for a shipping box has begun. 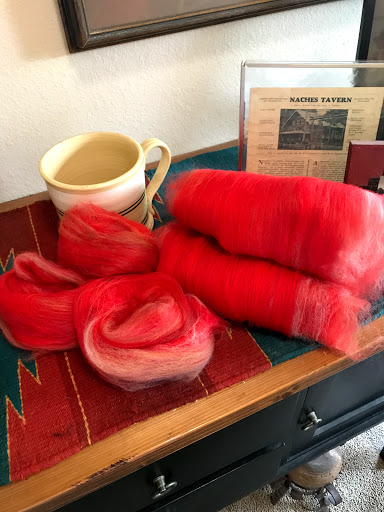 Meanwhile son Josh asked me to knit a red cap which I had planned to start in June when I discovered that the 20-year-old driveband that came with my Patrick Green carder was kaput.  I haven’t had time until now to get that project underway.  To my surprise the band I ordered from Susan’s Fibers is the right length but thinner and also performs much better. 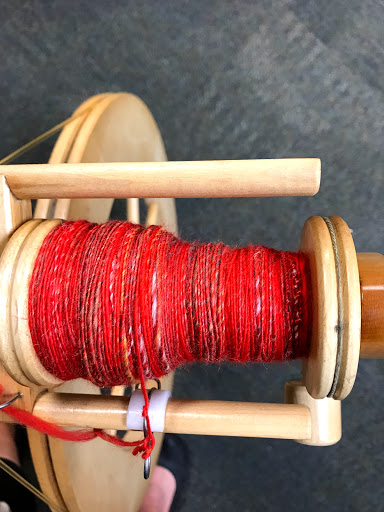 I spun the first half of the fiber while demonstrating at the Deschutes County Fair and suddenly life got busy all over again.  The second bobbin is on hold but it really feels good to be interested and excited about spinning again.  I’m glad my spinning malaise was just temporary. 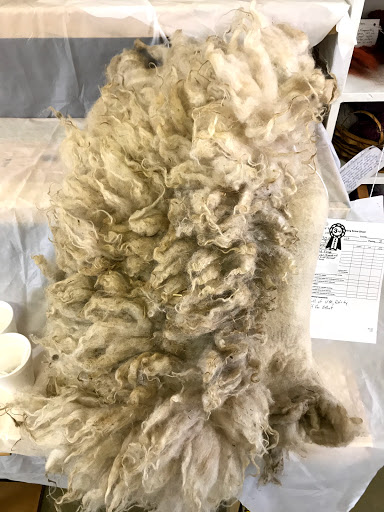 Crook County Fair asked me to be their spinning and weaving judge again this summer which I once again enjoyed thoroughly.  It’s an intimate little fair and the people are delightful. This entry however took the cake and left us all scratching our heads.  It’s a felted fleece designated as a seat cover, however, the fleece side was full of VM (vegetable matter) and was so greasy with lanolin so that none of us wanted to touch it and felt we needed to wash our hands afterwards. 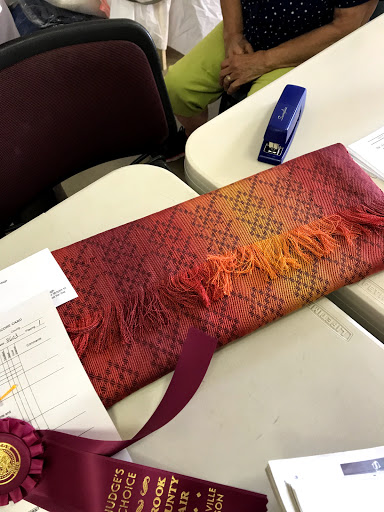 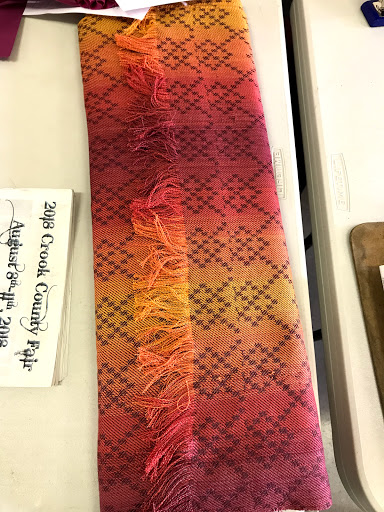 At the end of all the categories I had two special ribbons to award.  I gave the Judge’s Award to this exquisite silk yardage. 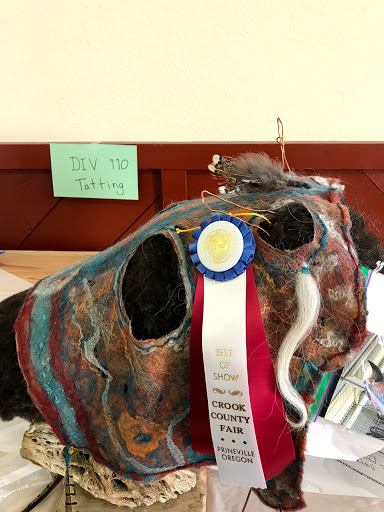 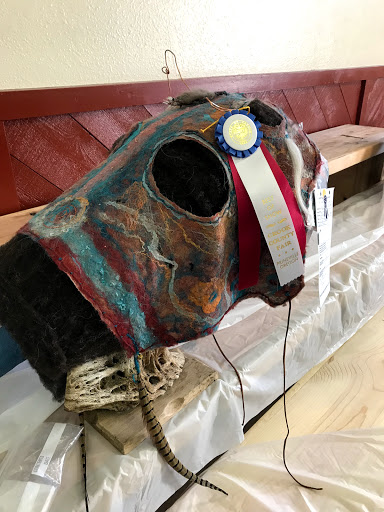 And then there was this astonishing nuno-felted horse’s mask.  The felt itself was perfect, but the more I looked at the tiny details, the more I discovered: seed beads nestled in the felt, a half-dozen different bird feathers beaded and attached, slips of horses mane attached in a similar fashion. 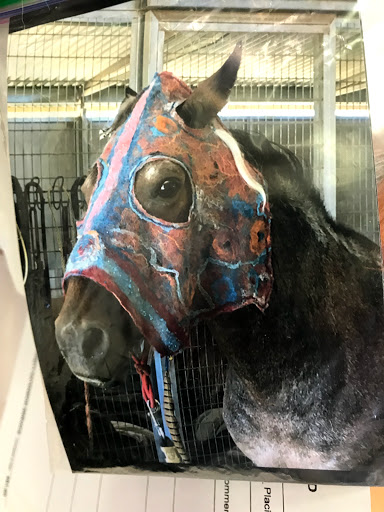 A picture of the mask in use was attached to the supplementary material.  I was thrilled to give this Best of Show.  It’s going on to the State Fair next and I’m anxious to see how it performs there.
BrewFest starts this Thursday and we will have a houseful of guests for about four days.  All of Ian’s kids will be here and two of his grandkids; six of our seven kids will be together which is the most any time since our last family gathering in 2014 before we moved, and thankfully the temps are predicted to drop!
Posted by Sharon at 11:47 AM

WOW....you've got a big party coming up at your place!!!! What fun. The horse's mask was interesting. That was a lot of work! Enjoy your time demonstrating at the Museum.

Our first guest arrived yesterday so we had a quiet evening catching up before the rest converge. I forgot to mention that we’ll all be using the upstairs bathroom since the master bath remodel is still underway.