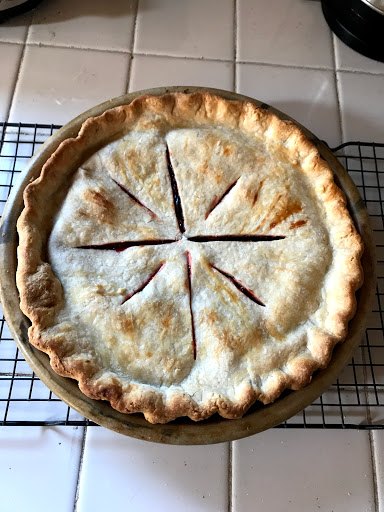 One of my assignments for Thanksgiving dinner is cherry pie.  Years ago when we all lived in Reno we would have quite the crowd and I baked three pies - pecan, apple and cherry.  This one is everyone’s favorite, and since I’m only making one pie I decided to make the crust with butter.  I had no idea that the characteristics of the crust would be so different than when I make it with Butter Crisco.  Someone told me that the chemistry of fat is different according to the fat.  This crust held together well and was pliable and malleable, and boy was it delicious.  It was a hit and I brought home an empty plate. I’m a believer.  Bye Bye Butter Crisco!!  I’ve always made good crust and I think the hand-thrown pie plate by Joe Winter is part of my success but there’s no comparison between my old crusts and the one we ate yesterday. 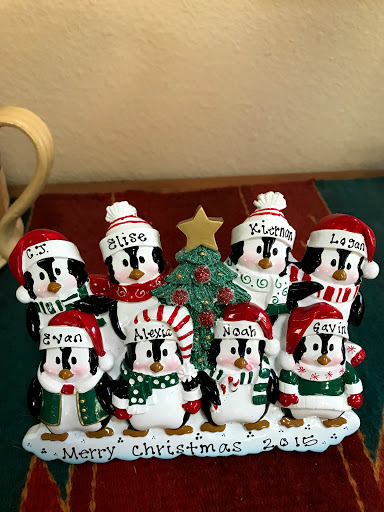 Son Josh and family went to Reno earlier in the month for a football game between UNR and Boise State, where grandson Logan attends on a band scholarship, and of course the band traveled to the game too.  They had a visit with my daughter who gave them a Christmas present for us that she had lost and recently found while deep cleaning in the house.  It’s from 2015 and is the names of our eight grandchildren.  Since then Gavin became a big brother to Rhett (Everett), and Matt and Julia are expecting Delaney Jane in April, which will bring the total to ten!  My kids went way too long before having their own kids, and just I thought I would never be a grandmother.  Happily I was wrong. 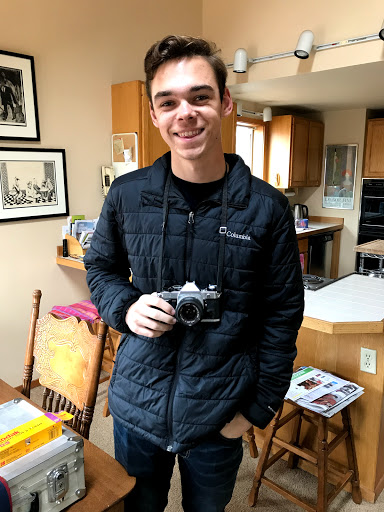 Logan told me recently that he’s decided to declare a visual arts major to go with his criminal justice major.  He told me yesterday that he has signed up for a basic photography class in January.  They’ll be using old fashion SLRs and developing their own film.  My first art and long-time hobby was photography and I even tried my hand with darkroom developing, even took a college class in it.  I asked him if he be interested in my old equipment and he leapt at the chance.  He has to go back to school today so came over this morning to check out my stuff.  He was really pleased and slung the Canon AE-1 around his neck like an old pro. He was surprised at the short strap and was looking to lengthen it, but I explained that it’s short for a reason - closer to your face and doesn’t get bumped around as much. 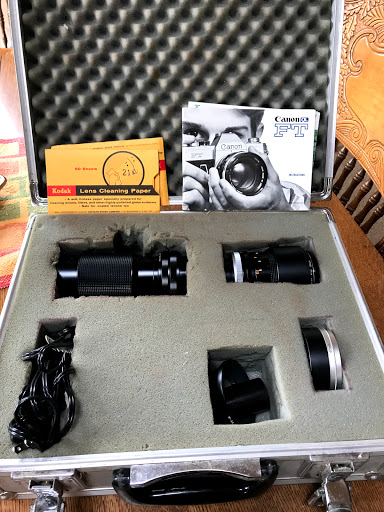 These are the lenses that fit that camera, and now they’re going to live in Idaho. I laughed at the two packets of lens wipes printed at .21 cents a packet.  I’ve had this stuff for awhile.  My original Canon died a slow and agonizing death.  It had a pin-hole light leak in the cloth shutter so periodically I had to put a drop of India ink on it, but when the tower broke and wouldn’t wind the film, it was time to retire it.  Sadly the film in the camera that day were the shots I had taken of my son’s high school graduation and they were ruined.  And there were four rolls of unexposed film.  I told him I only wanted the canisters to use in weaving for weighting broken warps or floating selvedges. 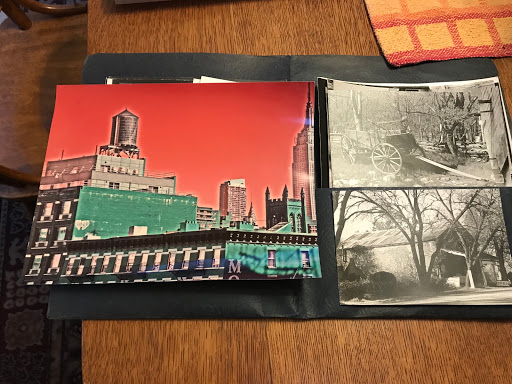 I also found the folder with some of the work I’ve kept.  I could only develop black and white and so focused on buildings and structures with texture, and old mine buildings were perfect for that.  I got derailed when I discovered Photoshop Elements. 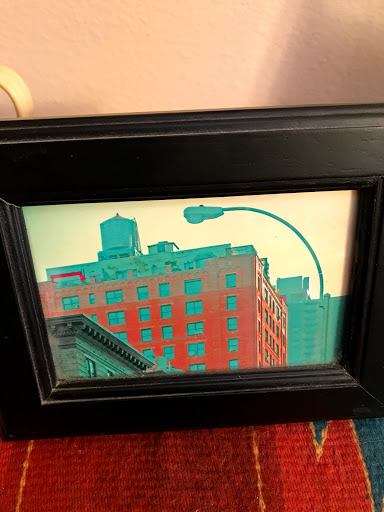 I took a lot of shots of water towers and street lights when we visited New York City and this is one of my favorites.  I’m so happy to hand down my equipment to my grandson and I hope he enjoys it as much as I did.  Meanwhile I need to sign up for a Photoshop class.

I still have my old Pentax K-1000 from my college photography days; boy, I did love developing b/w photos! Another thing we have in common. :-D So cool that you could pass yours on to your grandson!

Don't you love handing off to the next generation??? He'll get a lot of use from your beloved camera. BTW, my maternal grandmother (who was a fantastic baker) used lard to make her pie crust. It was so flaky!!! But, who uses lard now days????