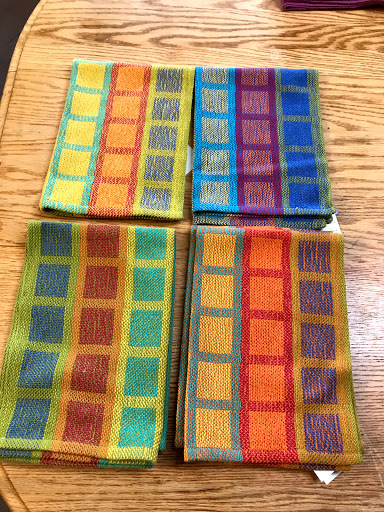 These are from the last set of dishtowels I wove using some of the newer colors of Fiesta Ware.  I sold 16 towels at the Guild Holiday Show and Sale and more that I had to ship.  I’ve come to the conclusion that USPS costs slightly less than UPS, plus I have the convenience of printing my label and walking the package down to the mailbox.  I thought my life would get less busy this fall but so far it hasn’t happened. I’m not planning to weave more towels anytime soon.
My weave/study group is doing some interesting stuff with block weaves and software so I’m going to take off my vendor hat and put on a sampler one instead.  A friend asked me several months ago if I would teach her 23-year-old son to weave.  I haven’t been clear on how to fit that in but decided after our study group yesterday that once I have designed the warp and put it on the loom, there is no reason River can’t weave on it.  I’ll put enough yardage on so that we both will have a sample. I’m getting ready to warp the other loom for Christmas presents and I feel relieved now that I’ve thought of a solution. 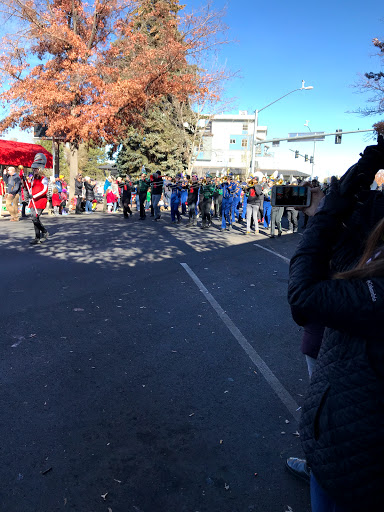 This past Sunday morning we met up downtown for the Veterans Day Parade, which is a tradition now.  For the past three years, since we moved here, we have watched Logan in the combined high school marching band.  Now that Evan is a freshman, it’s his turn to have family watch him in this parade.  Evan’s 15th birthday is the 12th of this month so Logan came home from college in Boise for a surprise visit for Evan.  We all went out for a spontaneous dinner Saturday night, and then Logan stood with us for the parade.  The surprise visit was for Evan but it was a treat for me too.  It was super cold but as much as I’ve complained about the lack of precipitation, it sure was nice to be a spectator without it. 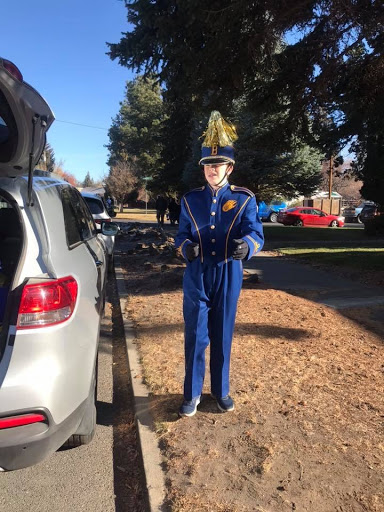 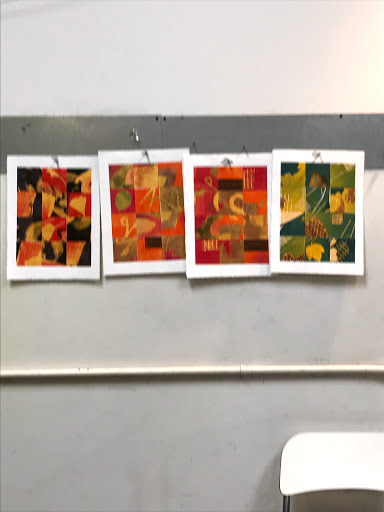 I’ve been trying very hard to find time to spend in the printmaking studio.  These are some of the work I’ve completed in the past two weeks. 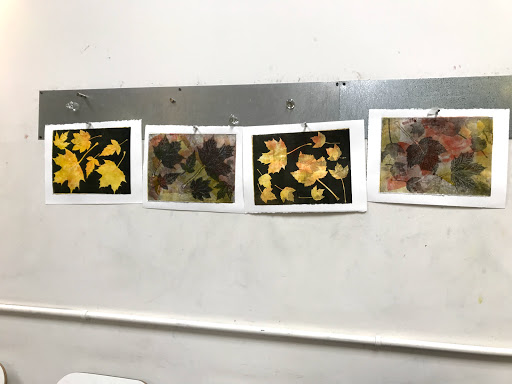 These are another series that I’ve recently completed.  One of the perks of our studio membership is a critique with Pat Clark, the founder of our studio and our mentor.  She was the head of the art department at Long Beach State and also the director of the Idylewild Arts Institute so she knows her art, but her approach is always to tell you what she likes and to assist you in finding answers.  I told her I have reached a point where I’m not sure if I’m in a corner or if I’m in a direction. 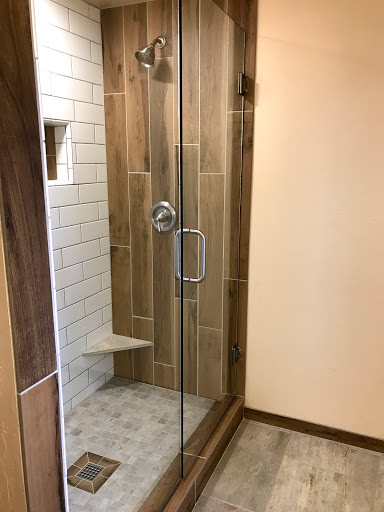 The shower is complete as of today.  The glass doors are installed and tomorrow we can begin using it.  It’s 1/2” glass and nicer than anything I could have imagined. 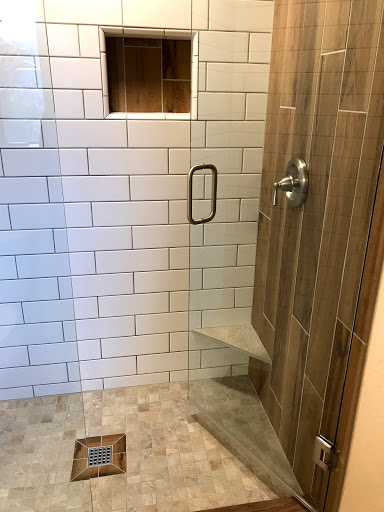 It has a feature I hadn’t expected.  The door opens both in and outward.  I was waiting to install towels racks until I saw how the doors worked.  I figured if I put them on the wall by the shower that we wouldn’t be able to reach our towels once the door was opened.  So now that I know they’ll be fine there, I need to go buy some. 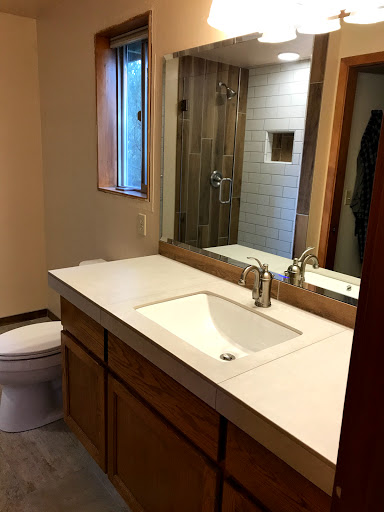 The mirror is new and replaces the old cheap one that was losing it’s silver.  The faucet still isn’t working.  Matt isn’t a plumber, he’s a tile setter.   A couple of weeks ago when he went to hook it up, realized that he didn’t have the right components.  The plumbing has been a pretty steep learning curve for him.  He says he learned a lot and he’ll be able to put it to good use when they start some remodeling on their house.  The area in that back corner is empty.  It’s where the former corner shower unit was installed.  Now that the pieces are all together I’m going to take myself shopping for a free-standing cabinet.  I’m hoping to find something that will hold linens since we don’t have a linen closet in this house. 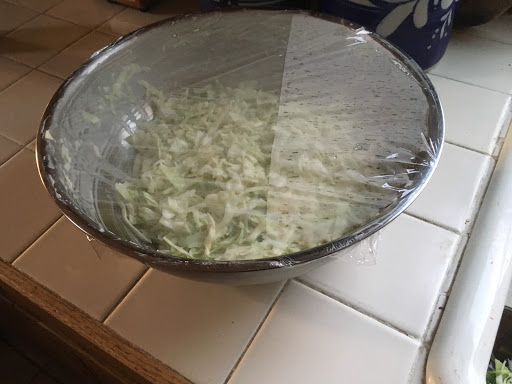 Tomorrow is my guild holiday meeting because we don’t meet in December.  If you’re looking for a reliable and easy potluck dish, Google “the original pantry cole slaw” and you too can bring home and empty bowl.  The Original Pantry is a restaurant in downtown Los Angeles, and it’s still there.  I got the recipe from a Los Angeles Time recipe book that I bought in the early 1980s and still use.

Lots of stunning production from you and Matt! Didn't realize Evan and I share a birthdate. Now I need to look up that recipe; I have a large head of lettuce in the frig....