Into every life some rain must fall 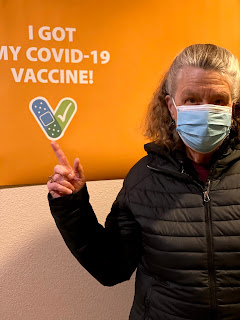 I got my first shot of the vaccine last Friday and while I was there they ran out of the Pfizer and I was given Moderna instead which has an additional week between shots so my next one won't be until March 28th.  It's a relief to just have the first one! 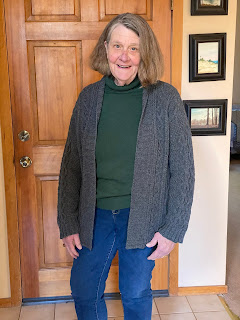 I've been knitting a lot and finished this Martha Green Aran knit-along.  I wish I had made the next size up which would have created a cowl but it's comfortable to wear as it is. 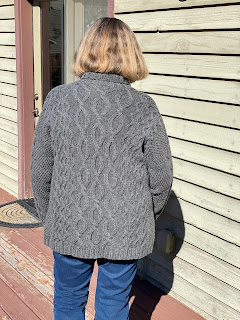 I am very pleased. 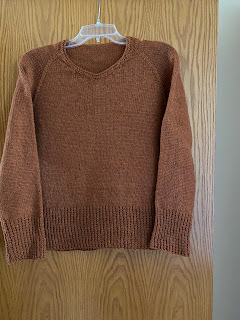 I also finished Alexia's sweater which is a couple of patterns cobbled together. 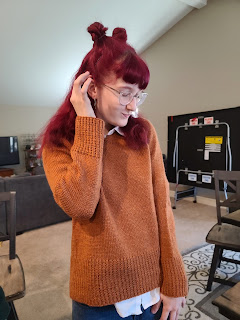 It couldn't be cuter on her. 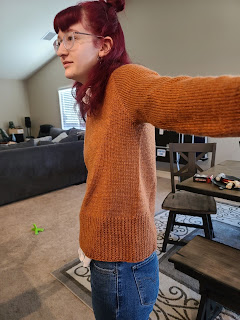 It was very important to her that she could raise her arms without exposing her belly, and it passed the test.  I wonder what she does at school that requires this gesture. 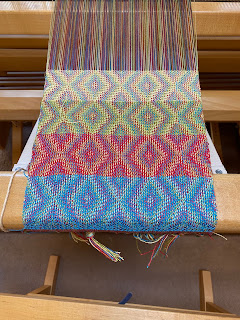 I'm doing another zoom weaving workshop in a couple of weeks, and the only reason I can participate is because of zoom.  My eight-shaft loom is too heavy to take anywhere.  I'm really looking forward to what we'll do next.  This is just the tie-on and it's awesome. 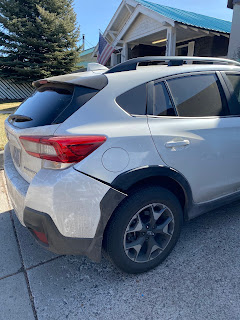 Into every life some rain must fall.  This is the Subaru Crosstrek that we bought last May.  I had to drop something off for UPS pickup and just as I was leaving the parking lot, a guy in a 2001 Chevrolet Silverado with a massive trailer hitch backed into me. 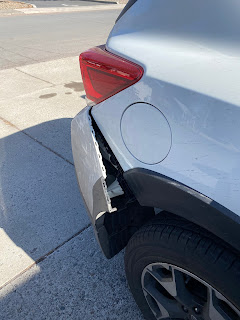 Actually he pinned my car with his hitch so that I couldn't proceed.  Believe it or not, the damage is extensive and we won't have the car back until the 18th.  Just some rain.

We both got the Moderna vaccine as well. Got my second shot on Feb, 18, so I think I'm as protected as can be now. Love your sweaters, especially yours with the cables! I just spin, and spin and spin. Sorry about your car; hope you got a loaner!

Both sweaters are lovely. Love the color of Alexa's sweater! It is so perfect on her!
Sorry about the boo boo on your car!