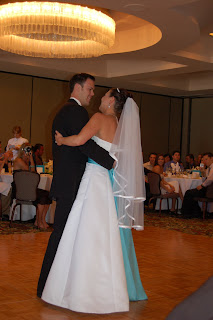 I'm finally sorting through all the wedding pictures Ian took at the Catamaran Hotel in Pacific Beach, San Diego. It's been two weeks since we went and I'm just now blogging about that delightful event. We have a huge, wonderful extended family and it could not have been a better wedding. Esther and I agreed that the only thing that went wrong was that she stepped on her dress and fell when trying to hand off (not toss) her bouquet to her soon-to-be sister-in-law. SILTB doesn't know that the proposal is coming in July. And here they are, the bride and groom - the reason for our trip to California. They are just as beautiful on the inside as on the out and I'm proud that they are genuine and real people, in spite of being pretty. Carlos is Ian's youngest son and he's a very proud dad. 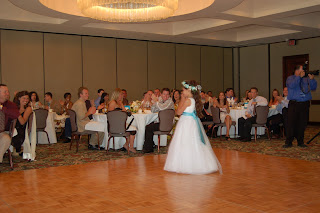 Granddaughter Elise as flower girl, experiencing a moment of sudden shyness. Can you image at age eight, all those people?? She was great, and did I mention beautiful? 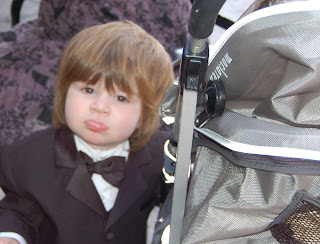 Grandson Noah, the ring bearer. He's the youngest of our grandchildren, a native San Franciscan - not many of those these days. He and Elise took a tumble the day before while playing with a balloon. He ended up with a cut lip, wouldn't you know it.

We enjoyed the reflection of Carlos and Esther's spontaneous personalities in every part of the event, including the poker game for the groom and his guys, and the visit to the nail salon for the ladies. I have to admit that it was my first pedicure, but it was a blast. The moms ended up in an overflow nail salon and I thought it was pretty cool to be included - mom two and a half.

After the wedding and before the honeymoon in New York, the kids came up visit us at my sister-in-law's place in Oceanside. Here are three Mrs. Campbells. 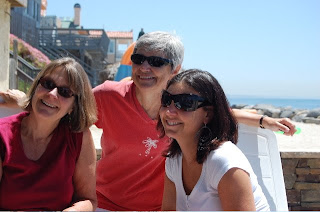