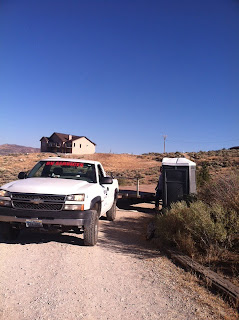 The weekend kicked off with the delivery of the Porta-Potty which was delivered while Ian was dropping Buster off at doggy camp and picking up his son Doug from the airport. 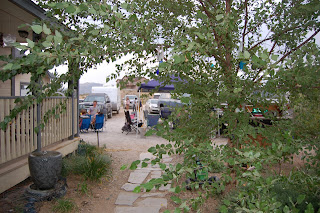 This was a much smaller group than in the past couple of years but every bit as much fun. 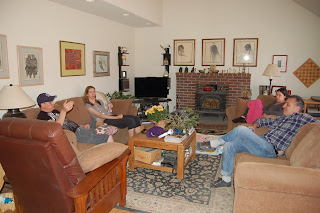 Everywhere I went, I'd come across a group of people visiting.  I heard from several people that because it was more intimate, they were able to spend more time in conversation. 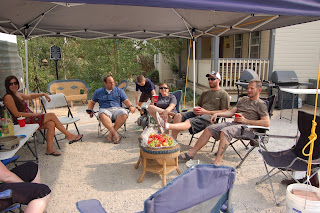 People visited - oh my, did they. 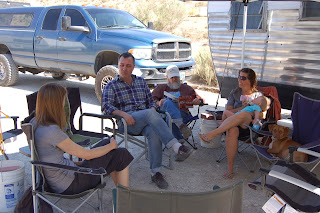 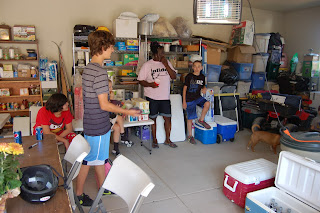 I was surprised at how popular the beanbag toss game toss was with the kids, even the teens.  Most of the teens game together online, so they spent quite a bit of time in a group at the table with a laptop - and on cell phones.  Cell phones were commonly in use in spite of limited cell service, thanks to our WiFi . 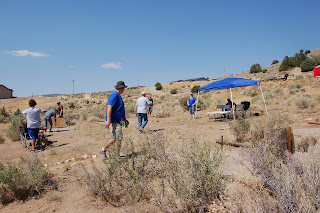 And of course, horseshoes was huge again with the double elimination tournament on Saturday and then general play on Sunday. 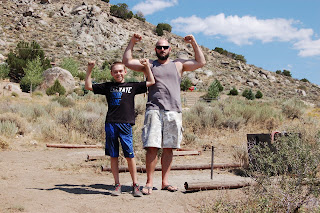 The winning team was my son Josh who was the defending champ, but his teammate couldn't come this year so he picked his son Logan to be his teammate this year. 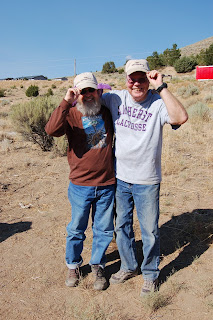 Ian and his friend Petey went to junior college together.  They've formed a team they call Team Sep and ordered hats this year with their team name - Sep for septuagenarian.  I think they make that long word look good. 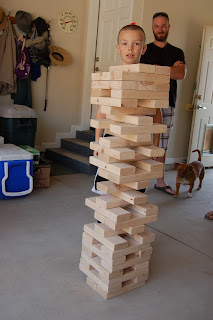 Giant Jenga was back and more successful than ever, thanks to the new jenga blocks that Josh made.  He used kiln dried wood this time so they wouldn't warp and then sanded them smooth.  Evan and Josh played a game that went to 30 levels.  None of us ever got closer than 25, so Even is the reigning champ in Giant Jenga. 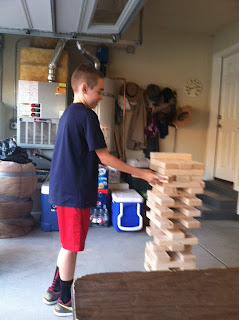 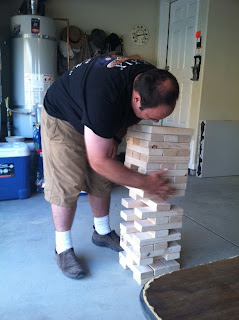 It was popular with every age because anyone can play it. 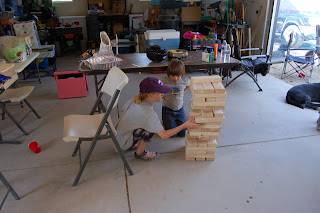 The game was a Gathering constant - set it up, challenge someone to play. 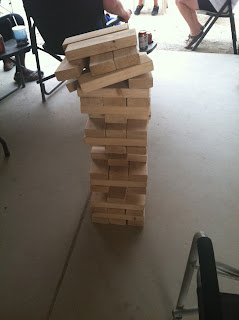 Surprisingly, Giant Jenga is a spectator sport because the higher the stack gets, the more shaky it is and the more difficult it becomes to tease out that next piece.  I cannot believe I pulled out the piece I did and the stack didn't collapse because it should have.  Back to Kerry who by now had everyone's attention.  She made a play and the tension was mounting. 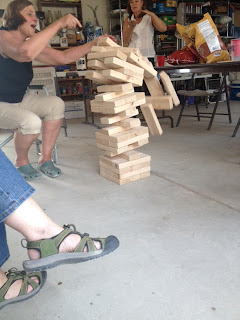 And just like that, I reaped what I sowed.  And in case you're interested in making a set, the 2 x 4 is cut into 10 1/4" lengths because that's equal to the measurement of three pieces, side by side.  It needs to be square.  There are a total of 51 pieces and kiln dried wood is recommended if you're going to play the game more than a few times.  Otherwise, just ordinary pine will warp over time. 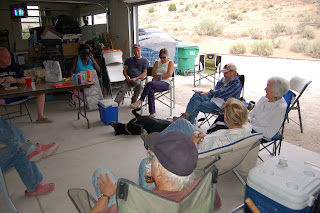 A new tradition was emerged over the last three years.  Almost everyone has left by Monday morning and that's when we clean up and neighbors come over.  We sit in a circle in the garage and just chat.  That's something we've lost somehow, with all our obligations and schedules and social networking - the ability and willingness to converse without being in a hurry to go somewhere.  Actually, one of the activities was swatting flies which are always obnoxious and we were quite entertained.  Notice now Sammie had made herself the center of attention.  I spent the morning downloading pictures, labeling them and then uploading them to Flickr.  If you care to see more, they are here.

Meanwhile, there is a rental car in my garage but since I've just been playing catch-up, I'll save that for my next post.

What a fun time you all have together! It looks so relaxing.