All in a December's Day 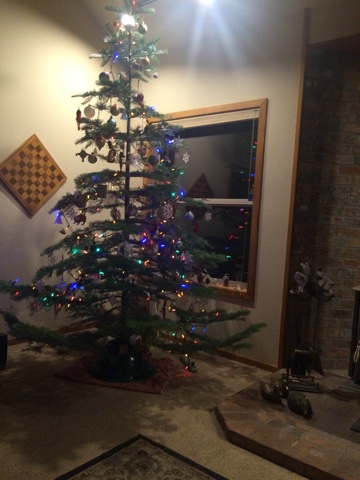 The tree is up and decorated.  In order to fit it in we had to take my reading chair out. 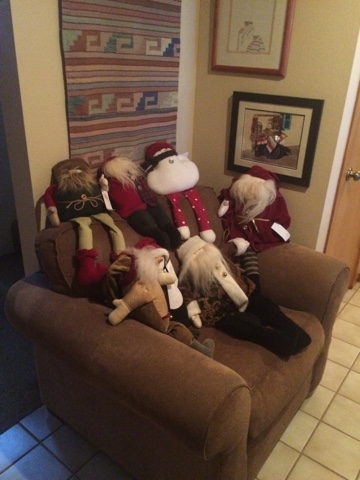 We thought we'd put it in the guest room for now but it's so big that we gave up and left it in the entry. 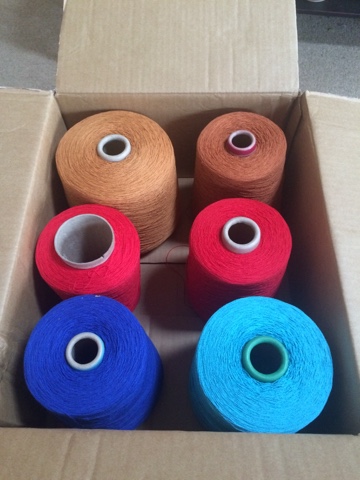 Today was the NwRSA Christmas party (I think that's Northwest Regional Spinners Association).  As I was getting ready to leave, I discovered that my yarn order from Georgia Yarn Company of 8/2 UKI cotton was sitting on the front porch.  I'm really sad as light orange is backordered.  Note to self - don't wait until you're out of a yarn to reorder! 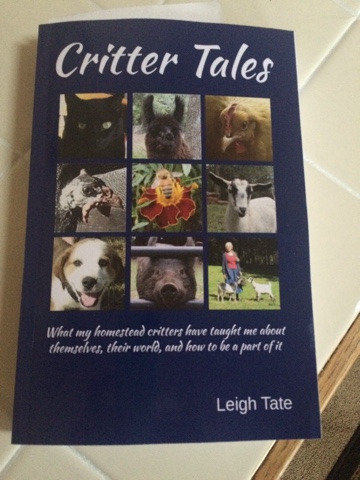 There was also a second package, one from Amazon.  Leigh Tate who writes the 5 Acres and A Dream blog wrote a book on living self-sufficiently.  We met through our blogs years ago so I was flattered when she asked if I would be willing to proof read for her.  The book was outstanding, she self-published it through Amazon and I was proud to be a part of it, albeit a very small part.  Last year she asked if I would proof for her again and I'm embarassed to say that I only read the first chapter which was wonderful and then got distracted and completely spaced it.  Imagine my surprise when she emailed me recently for my new address so she could send me a complimentary copy.  She really writes well and I'm looking forward to reading this.  However, the guild meeting was calling. 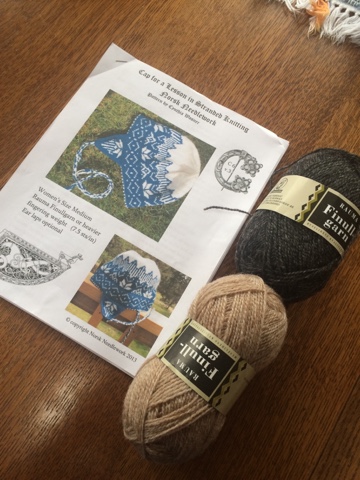 We met at Cindy Wasner's house in Redmond which is thirty miles north of here.  Cindy is passionate about all things fiber and is also a Norsk knitwear designer.  Her enthusiasm is infectious.  She had emailed me this hat pattern several weeks ago but I didn't have either yarn to knit at 7.5 stitches to the inch or 20" size #3 circular needles.  I got the yarn from her today - now I just need to get needles.  I learned a long time ago never to say never, but in my head I just assumed I'd never try stranded knitting.  Which is why I never *say* never. 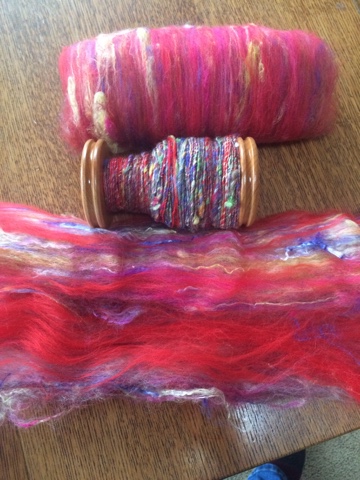 This is only my second time to meet with this guild but already I'm in love with them.  They've rekindled my interest in spinning as well as fiber preparation, plus they're really nice, funny and intelligent ladies.  I blended up some batts last week and spun this bobbin today.  It's destined to be a hat for Ian.  He wants a something bright when he's walking the dogs in the field.  I think this will fill the bill. 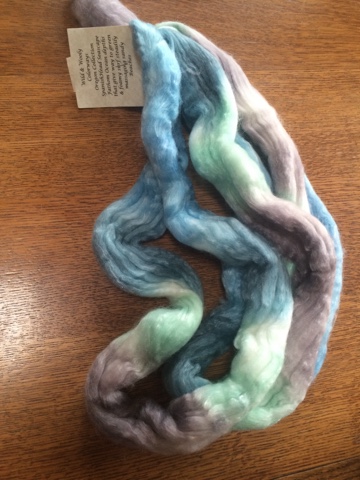 We did the pirate gift exchange.  For the first time in my life I drew #1 and the way they play, #1 gets to pick at the end anything they want and the person you stole it from gets your original pick in exchange.  This is 2 ounces of 50% Merino/50% Tencel from a local dyer called Wild and Wooley.  The tag says "Oregon Collection, Spanish Head Seascape, Fathom Ocean depths that give way to green & foamy surf steadily massaging sandy Beaches."  I can totally see that in these colors and I look forward to turning it into yarn.

Laura left early when someone called to say that it was snowing at her house.  She called back later to say that it had been a difficult drive so I called Ian to check on the weather at our house since it was only sprinkling in Redmond.  He said he was just getting ready to text me as we too were getting snow so I packed it up and came home - not one of my favorite drives.  I think it's the perfect time to start Leigh's book!

Great tree, ours is outside but looks about the same in shape and height! With 8 dogs we just don't do an indoor tree anymore and Marigold, with her Vestibular Syndrome is like a staggering drunk at times. Great roving and such beautiful batts you just whipped together and spun. I am so impressed.
We have snow here also and it looks a bit higher up from us in elevation is on track for a foot or two. Yeah! We so need that snow pack.

Very nice to have the first tree in your new house. No snow here. We are having shirt sleeve weather with day time temps close to 70!
We love it and will enjoy as long as it lasts because sooner or later snow, ice and wind will appear.

That batt is spinning up very nicely! I think you'll be able to spot Ian at a distance! Your new twist is going to make some lovely yarn, too!

You look all settled in nicely at your new home. I love that roving! It really does look like it's name suggests.