And that was Christmas! 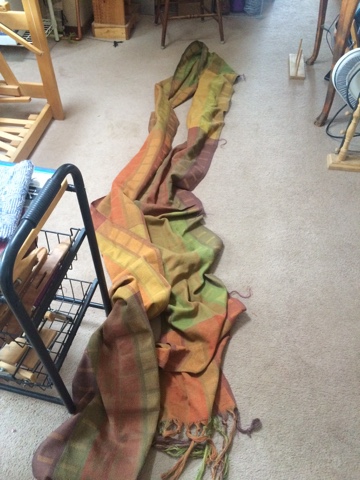 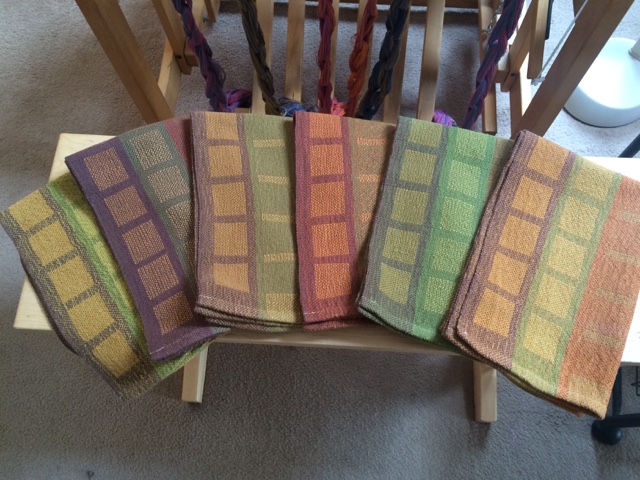 I finished another set of towels in between other things.  The weather is gray a lot this winter and weaving really is great therapy 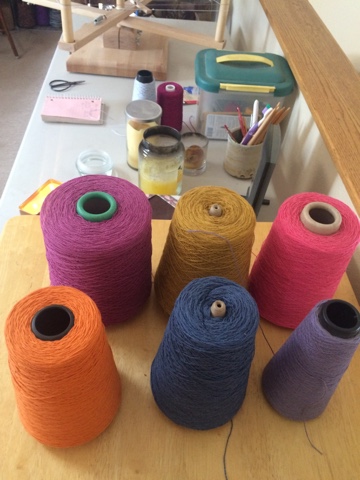 I decided under the conditions that I need to work with some brighter colors.  I knew I was low on the dusky lavender when I started this, 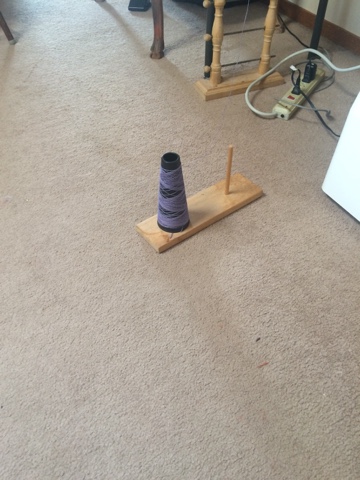 But I didn't realize I was this low.  It was three days before Christmas and since I warp from the front, the rest of the warp was already sleyed and silly me, I have no back-up cone.   What a close call. 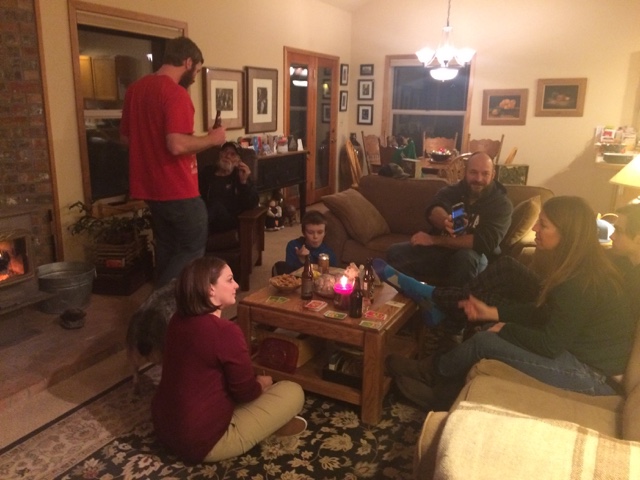 The kids came over for our first Christmas Eve in this house.  Evan wanted to play Apples to Apples and improvised using the coffee table since the dining table was set, but we played some more on that table after the dinner dishes were cleared.  It's one of our standard go-to games. 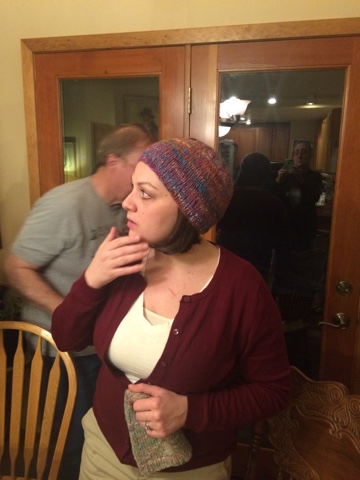 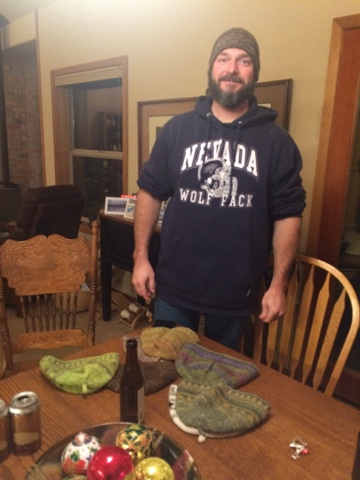 I don't want to knit hats for sale anymore and haven't taken any to craft fairs this past year.  I'm tired of storing them and had planned to take them to Bethlehem Inn for the homeless.  Then it occurred to me that first I wanted to offer them to the kids.  Take as many as you want I said.  So they did.  We had a lot of fun and I'm happy to have my hats where they are appreciated.  Josh wanted to know if he could take hats to his drivers and I said absolutely! 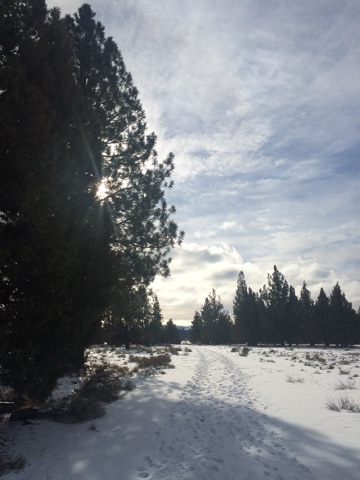 Christmas morning was absolutely beautiful and we appreciated the timely break in between storms.  I took a walk out in the field wearing my 13-year-old Haflinger's with Vibram soles, the only good footing I own at this time.  I realized when I got home that the cracked sole had leaked snow into the cork and then to my foot - time to get serious about boots.  I couldn't walk in the LL Bean boots I ordered and I sent them back.  The $30 Costco boots I bought were good for cutting Christmas trees and not much more.  Ian found a review on Keen boots, and since I already wear Keen shoes, he has ordered a pair for me.  Fingers crossed! 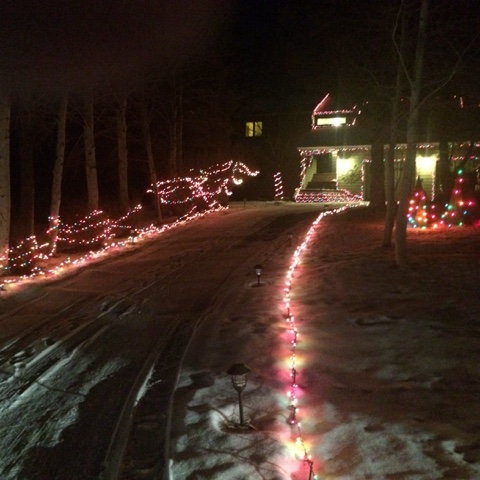 We had a delicious roast beef Christmas dinner at Josh's - 12 at their large table.  The entertainment was Evan and his Grandpa Fremeyer's gifts - drones.  Trying to predictably fly them provided much hilarity for us and anxiety for the dogs. 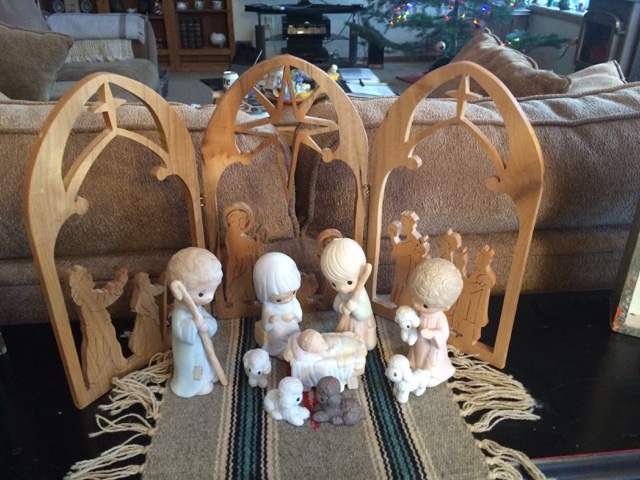 The previous owners left a lot of junk but they also left a couple boxes of Christms ornaments, some that we chose to use ourselves.  I wasn't crazy about these cutsie figurines but when I found the Myrtlewood crèche and put them together, I was very pleased.  It really does feel like home now.

I am a bit late but Merry Christmas and a Happy New Year to you.

I love the towels!

I love my Merrell boots. I have a pair of hiking boots by them, they are 20 yrs old. But I don't really know if they make the type boots you need. I wore a pair of sandals by them till I wore the thick rubber literally off the bottoms but the tops were not falling apart. Sad looking yes, as I abused the heck out of those sandals lol.

Glad to hear your feeling like your home is home :O).

We are still looking and thinking, still not sure what we are going to do on the AR move. If nothing else I think a vacation cabin there. It might be a way for it to work for everyone.