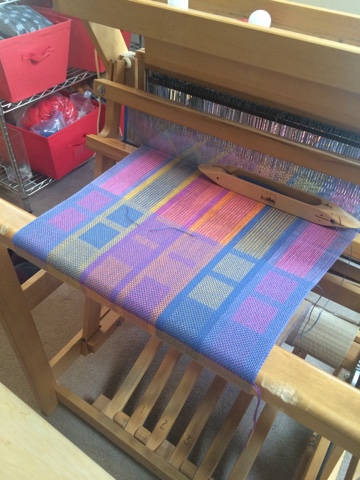 I can't seem to break away from towels.  I think it's the color mixing that keeps me fascinated. 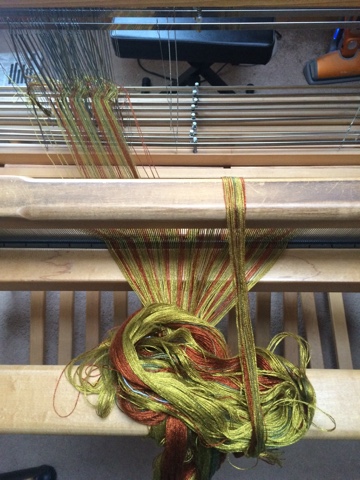 I decided to throw in a scarf for a change and watched Tom Knisely's video again on designing warp in the reed.  Let me say up front, that technique is useful for random yarns, not a warp with specific repeats.  I thought I'd save time on the warping board and also thought I could do it as easily as he makes it look.  I made a mess and it's taken me hours to finally get the sequences in their correct order and the warp threaded.  I had to move threads all over from dent to dent to make it happen.  Next time I'll wind the warp on the warping board in thread order, tying on the different colors as I go.  If there is a next time. 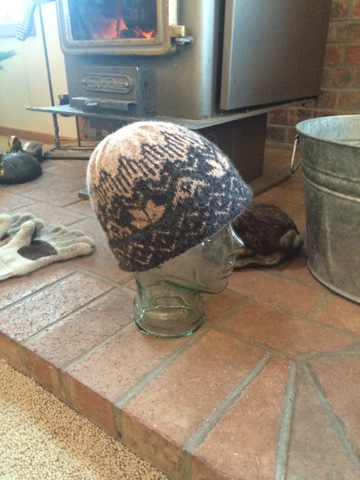 I finished my stranded-knitting hat using two hands and I enjoyed it very much.  I thought it would require more attention to detail, but if you make a mistake, it shows up within just a few stitches.  I wore it on a 23 degree walk the other morning and with the alpaca lining, my ears weren't cold at all.
I offered it to son Josh and he snapped it up.  Actually what he said was, Hell yeah! 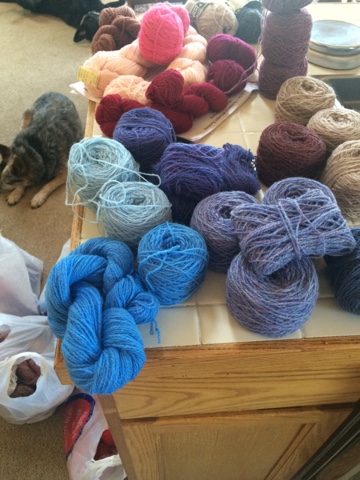 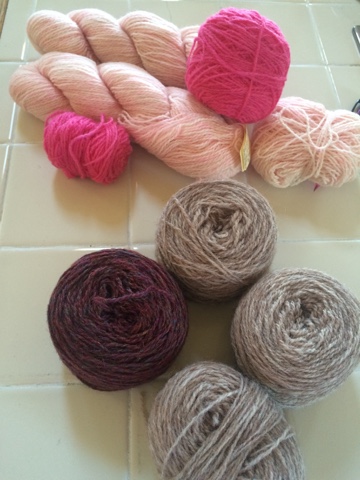 I want to make another one so pulled out my box of Harrisville lace-weight mill ends.  I have a lot of small balls but need at least 35 ounces of both ground and pattern yarns which whittled down the field considerably. 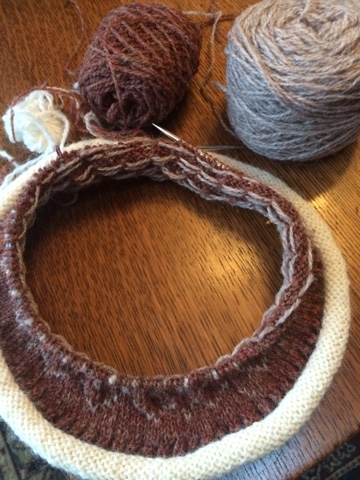 I thought these two yarns had plenty of contrast but by the time I stopped yesterday, it was obvious that the pattern was getting lost. 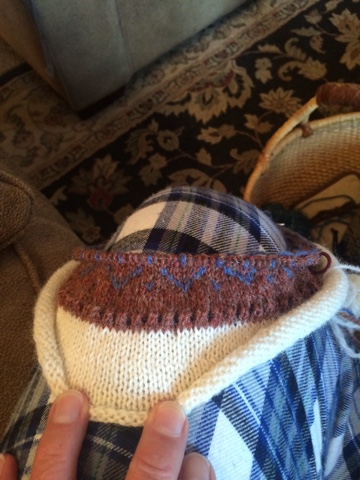 This morning I ripped back and changed the pattern to blue.  I want to give this to son Matt and think this is a little more masculine.  It's been a long time since I've enjoyed knitting anything as much as I enjoyed the first hat.  I hope I feel the same about a second one. 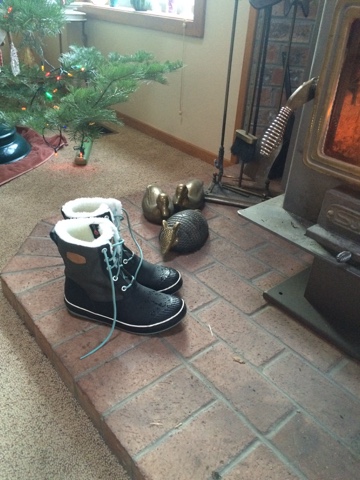 My Keen boots performed as advertised.  I walked a mile and a half, down our street and out into the woods and my feet stayed warm and dry; the boots are lightweight and provided plenty of traction.  I got them through Amazon for $105, with no shipping or tax.  They're a bit pricey but I only need to buy them once and the secure footing takes away the worry of falling on the ice.  Worth it I say! 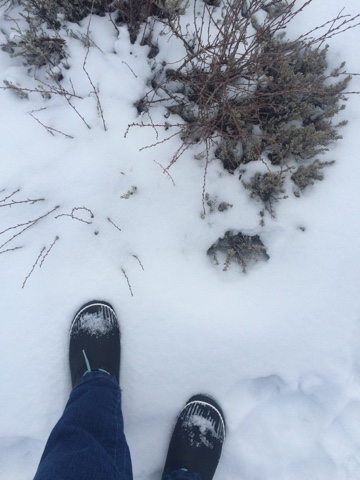 I wore them yesterday when we went to see Star Wars.  I was really anxious the last time I walked in that icy parking lot but not this time.  Plus they were not too warm in the theater.  I'm not really a Star Wars fan, haven't seen the last three movies in fact, but the script in the beginning tells you everything you need to know to sit back, relax enjoy the movie.  Maybe "relax" isn't the right word.

And so it is that another year draws to a close.  It's been an eventful one for us and I'm looking forward to what we're going to discover in the new year.  Bon voyage 2015.

I'm going to put those towels on my list to do in 2016! You continue to inspire me with your color combinations!

And a happy coming year to you!
(Maybe the towels keep coming, because we keep asking for them. Each one's prettier than the next!