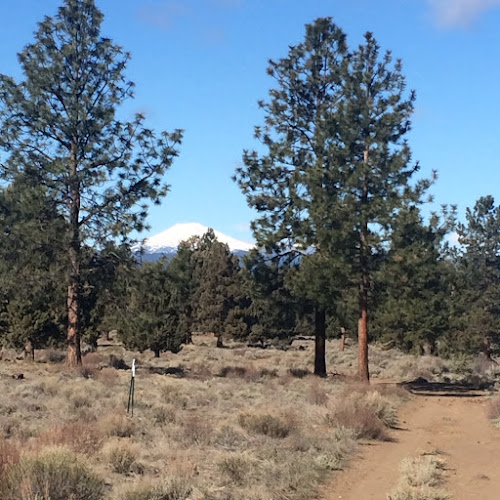 It's April and the deep dark winter is behind us. I know there's more inclement weather ahead but the nice days are more frequent. I took this picture of Mt Bachelor on my morning walk and it's still doing a land office business with skiers. 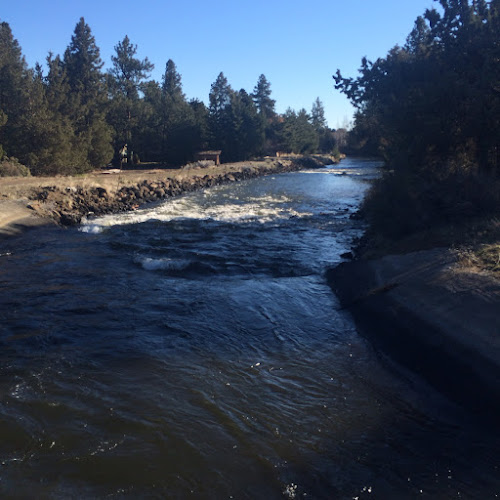 COID (Central Oregon Irrigation District) has released water to the irrigation canals two weeks early this year. This 100-year-old system is not only pretty to look at but provides water to an otherwise arid area. This is still the high desert after all. 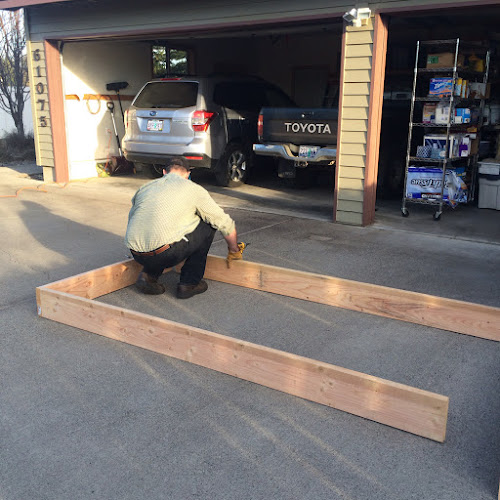 Josh came over after work on Wednesday with his saw and in 50 minutes had the pieces for our raised beds cut and assembled. 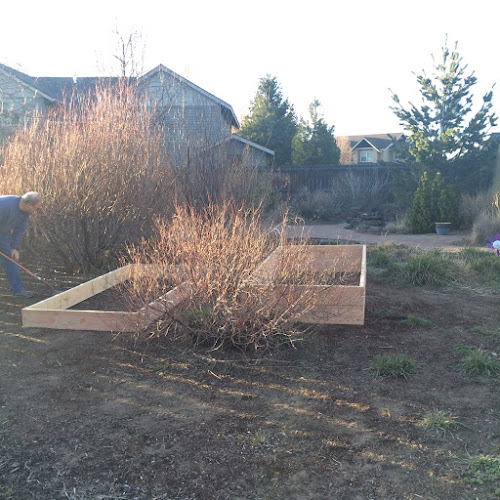 We watched the sun this past week to find the best location for the beds and this cha-ching is the winner. Josh put 4x4" posts in the corners to secure them after stacking the two layers and still was in the house enjoying a beer within an hour of arriving. We realized the next day that the bush was dead so it's gone. We're still watching some other questionable bushes for signs of life.
The seller paid for their landscaper to come last fall to blow out the sprinkling system and shut it off for the winter. Ian gave him a call and he'll be here this week to turn it back on and install a new pump in the water feature which the sellers also paid for. We're reluctant to plant anything until we know what will get watered. 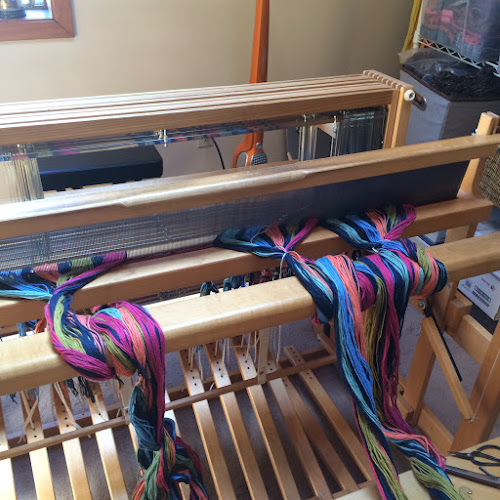 Meanwhile I started warping for the baby blanket and realized that I hated these colors. It's not the colors so much as it the navy blue that goes in between the blocks of color. An important rule in mixing color is to keep everything in the same value which of course the navy does not do and it's overwhelming. Plus the sett was too tight at 15 epi so I've started to resley at 12 epi which seems to be much better. 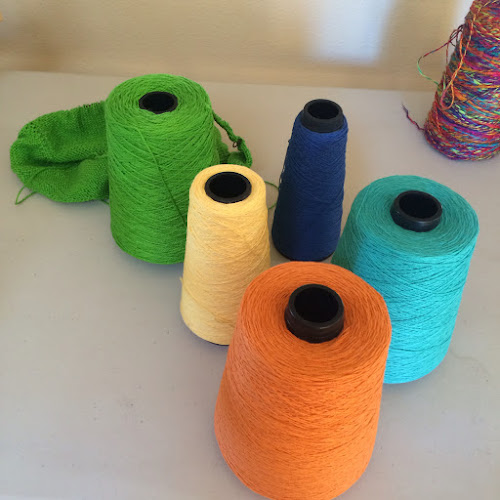 Just the same it's not the baby blanket I want to give to Owen. Yesterday Webs announced their big anniversary sale which included 3/1 cotton so I ordered five cones in approximately these colors. I know I'll be much happier with bright colors for my adorable great-grandson. 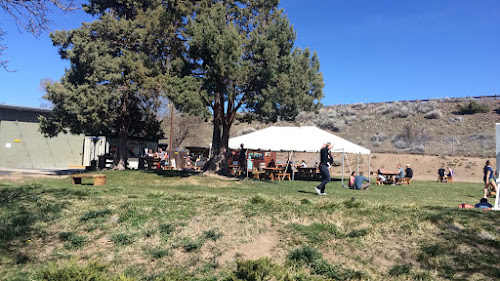 We had a nice surprise visit with our friends John and Celia who were driving through on their way back to Reno. Ian picked Crux Fermentation Project to meet at for lunch since it's dog friendly and they're traveling with their Yorkie. They moved back to Reno two years ago but Celia said she is totally disenchanted and open to change. They asked a lot of questions.
I wish I could say that the skunk odor is gone but alas it lingers. We got hit last Thursday morning and there are still places that stink. With the warmer days we've been able to open the windows which is a huge help. Celia said they had a family of skunks under their house in San Rafael, and when they got alarmed they all sprayed. The family that sprays together stays together I guess. It really could have been a whole lot worse.

Posted with Blogsy
Posted by Sharon at 10:49 AM

I made use of the WEBS sale myself this year. They have 6/2 in nice colors and I can mix it with my stores of 8/2. Spring like here the last few days but rain and snow on the way. The later in the season we keep having moisture, the better!

I've done the 10 pm dog baths before due to skunks. It took 2 baths to get my girl un-stinky and I just tossed my clothes. Poor girl was going deaf and chose to ignore my call since her back was to me, while she went to check out the pretty black and white critter in the back yard. I like both sets of colours you chose for the blankets. That navy might look nicer once it's woven up.