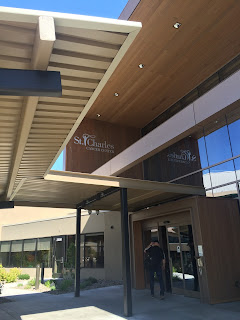 I walked away from the St Charles Cancer Center with glee.  My radiation oncologist said she thought I was doing great and that's good enough for me. 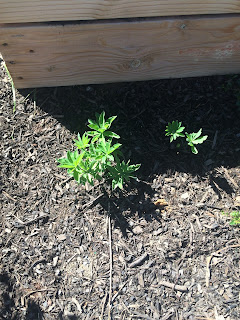 Only two of the lupine volunteers that I plucked from their flower beds survived the transfer and since then the groundskeepers have removed all the rest.  I can't forget this pothole in my life so I decided flowers are the best way remember it. 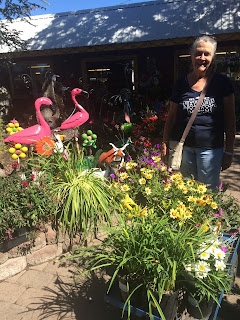 I promised  myself a visit to the nursery and I went the very next day.  I have planted some of these and rest are tucked away under a bush to be planted after this hot spell.  When I posted this picture on Facebook I got a lot of teasing about the flamingos which I did not buy.  One friend insisted that they'd be the perfect "trophy" to acknowledge that I beat breast cancer - plus they're pink.  Another friend is bringing me some that she has stored in her garage.  I think they'd be fun near the water feature. 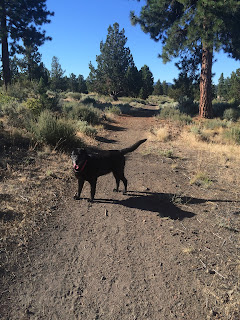 Sammie has perked up and is again her waggy self. 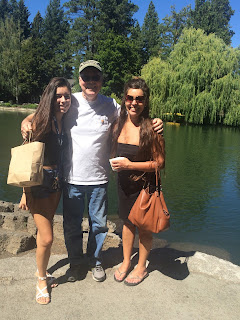 We had an unexpected treat, a visit from Ian's oldest daughter and granddaughter.  They spent Saturday night with us, going from California to Washington.  They've never seen downtown Bend and it did not disappoint them. 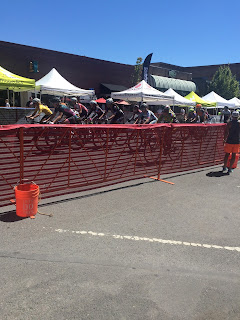 We ate lunch and then spent some time watching the bicycle racers.  Bend had a five-day race in progress and not all events were downtime.  Some were road races nearby.  The timing was perfect and it was early in the day so the crowds were still small. 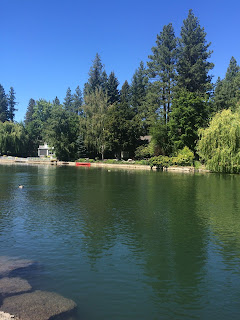 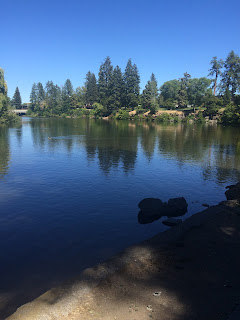 They had only driven by Mirror Pond when they were here for Matt's wedding last summer so we felt like a walk along it was in order.  We're in Drake Park but across the pond, actually a damed area of the Deschutes River, are old and very expensive residences.  The red canoe caught my eye. 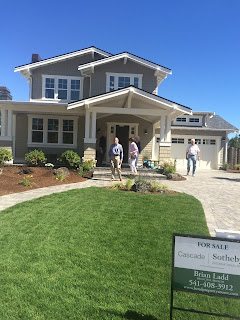 Both my boys and their families were in Washington so missed the visit, but Matt texted to remind us the Tour of Homes. It's a competitive event that features builders best work. He had done the tile work in this once which won five awards.  We drove up to show them the Northwest area of Bend and ended up checking out four of the houses before we went back home.  All of the visit was unplanned and couldn't have been better. 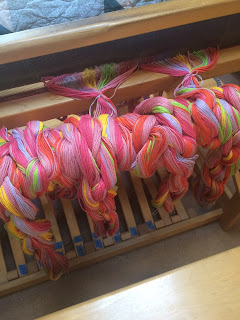 I'm warping for baby blankets, using some 3/2 unmercerized cotton I bought from the Yarn Barn mill ends club.  Right now it looks like melted Laffy Taffy.  I'm anxious to get it into a more weaverly shape.

The happy colors of your new warp reflect your happy news. Thanks for sharing!!!

Well congrats! And love the flamingo's. Perfect.
But sheesh, I would have loved to see a pic of the tile work! Getting a tile guy in this area can take 6months to a year and that's for the so-so ones.
Mirror Pond is beautiful.