Falling Down the Rabbit Hole 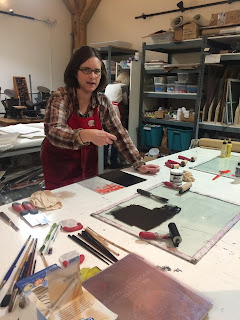 I loved the woodcuts class so much that I jumped at the chance to take an introduction to monotype class offered by Julie again, this time on three successive Monday nights.  I've been interested in monotypes every since I saw some of Richard Diebenkorn's at the San Francisco Museum of Modern Art.  Monotype differs from Monoprint in that only one print can be made from a prepared plate.  Julie is instructing on how to apply the first coat of ink to the plexiglass plate. 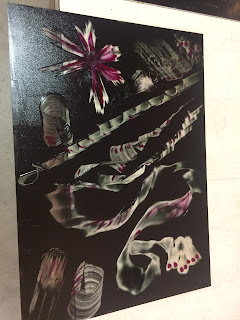 I inked the entire plate in black and then experimented with different implements and spatulas to see what effect they would make. 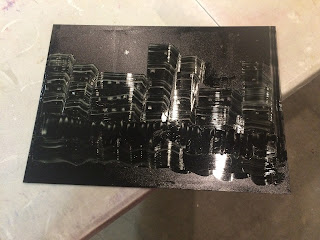 I liked the effect I got by using a sideways stroke with a spatula so extended it until I had a cityscape. 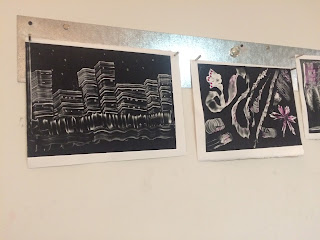 Here they are, hanging to dry. 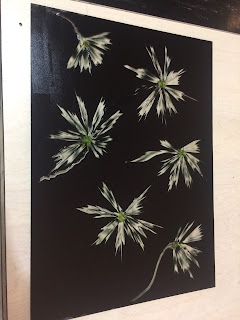 I liked the effect I got by scraping the ink off with the spatula so used it to make flowers. 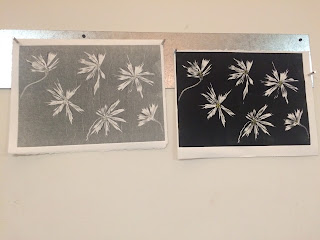 I liked the ghost print I got in woodcuts and had one more piece of paper so ran the plate a second time. I really liked the unexpected and really cool effect from the wrinkled felt pad on the press.  You'll see it if you click for big.  We are printing on wet paper here where we did the woodcuts with dry paper. 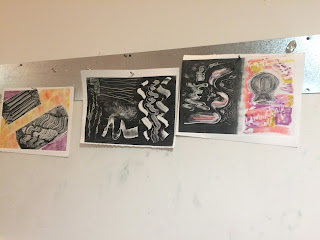 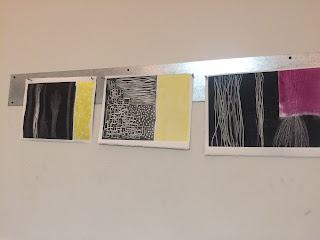 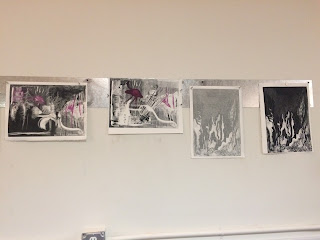 There were three other students in the class and this is their work.  This coming Monday we're going to be print using layers of ink and found items like feathers and leaves. 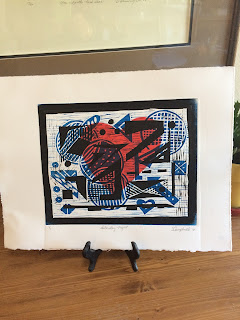 This is the piece that I submitted to the members-only Holiday show next month.  It's the same way I feel about entering weaving into the Fair - it gives me ownership of the event.  I sat the studio yesterday from 3:00-7:00.  Dawn came in about 5:30 to get ready for her OSU class and was terribly agitated.  Two students were expelled from her son's middle school on Wednesday and on Thursday two more were expelled and six were suspended - for taunting the Latino students, making fun of them and telling to go back to where they belonged!  The news covered it today, with the teachers and administration saying that it would NOT be tolerated.  It's only a couple of days since Americans elected a bully to the White House and it's already starting in the schools.

The good news of the evening was that my piece is one of the 20 that the juror selected.  I titled it Saturday Night because it's the excitement of the weekend when you're young, going out on a date, dancing, meeting new friends. The show is titled Red and you're supposed to complete the statement "Red is......."  I said "Red is what you paint the town!" 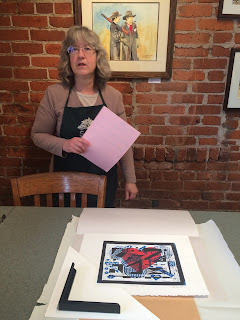 We took it in to be framed before the Veterans Day Parade today.  Most of the members take their work to Denise and I learned the hard way this morning that in the future, I need to take a piece in and get an estimate of the cost so I can include it in the price.  If this sells my profit will be $6.00! 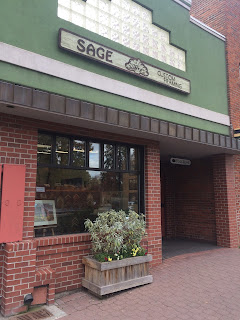 I'm pretty excited that my first piece to show is in there getting framed along with the pieces from the legitimate artists.  I think I'm the only student submission.

Those prints are beautiful! Congratulations on your submission!

It is great that you have access to such wonderful resources for learning and doing. Lovely site for your sale.