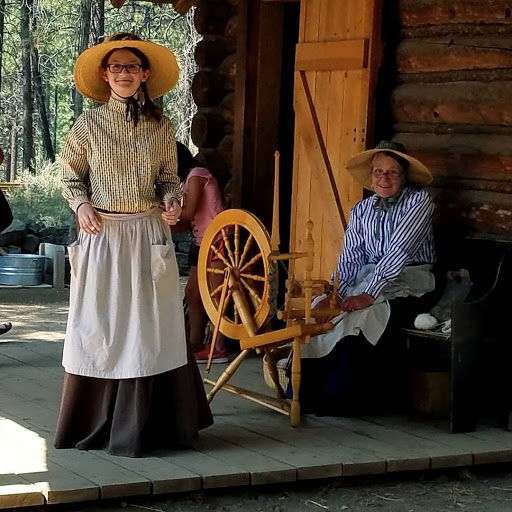 Alexia and I finished up her last day with us at the High Desert Museum. Her parents and brother came up the night before and DD Chris came along with us. The air was filled with choking smoke but we managed to stay four hours before it was just too hot and uncomfortable. Most of the public had gone inside by then anyway. She was a wonderful ranch girl. 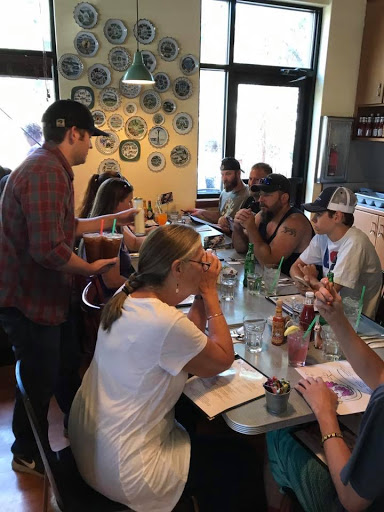 We had a big birthday celebration that night and the next morning we rounded up the troops and went out to breakfast. I randomly ended up sitting with my three grandsons which was an extra treat since I haven't had the opportunity to spend more than 10 minutes with Kiernan, seated on my right. 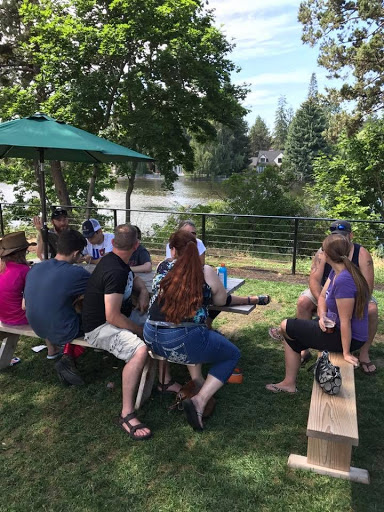 We spent the rest of the morning in Bend Brewing's new beer garden, right on the Deschutes River, a time of relaxing conversation with lots of laughs. DS Josh showed me an app called planefinder.net that tells you what plane is in flight overhead, where it's from, where it's going, how fast it's flying and its elevation plus the plane manufacturer. We had a lot of fun with that since the Redmond airport is just 20 miles north of here.  We decided this has to be a tradition in future visits. 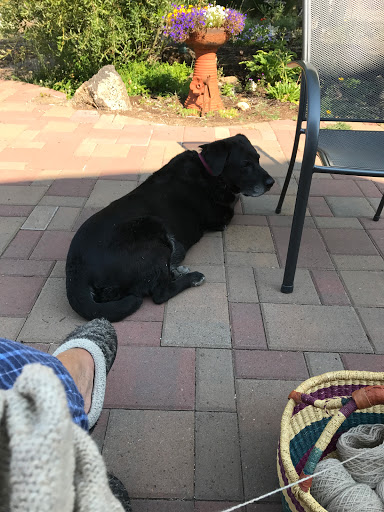 It's very quiet now and I'm enjoying the mornings with knitting, books and coffee on the patio in spite of the smoky air. My blogs have been infrequent because it's become so difficult and time consuming to post from my laptop. I take my photos with my iPhone, than have to download them from the iCloud and save them in my MyPictures. Microsoft and Apple just don't play nice together!  I used to have an iPad app but the company went out of business. I just found a new one without any reviews and bought it anyway. It's called App for Blogger Blogspot and the developer is Tuyen Dinh. It was $2.99 and this initial post has been trouble free - so far.  The next step is to Preview and Post.
Posted by Sharon at 4:14 PM

Unknown said...
This comment has been removed by a blog administrator.
4:16 AM

It sounds like your visit was full of fun and laughter, with the bonus family afterwards. What a nice time you must have had! You both look great as pioneers ;)