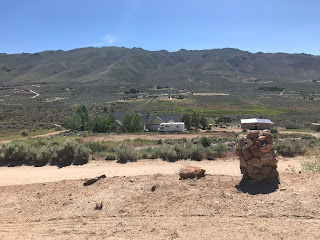 We hit the road last week for a trip to Reno and Kiernan's high school graduation.  We made really good time so decided to stop in for a visit with our old neighbors, Tom and Carole.  This is the house we had built and lived in for 13 years.  Other than the barn there are few changes.  They fenced the entire 11 acres, the trees are bigger and the two horseshoe pits have been turned into an exercise ring for their horses. 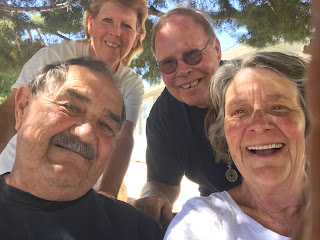 It was great to see them.  Tom has recovered with his bout of lung cancer and is there is no sign of the tumor, though he does have to use oxygen after a heart attack.  I think he looks great.  Their house in on the market as they're moving to Winnemucca. 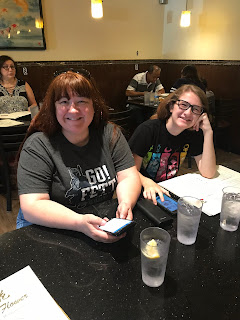 We had no plans when we went down so everything just evolved, like lunch at our favorite place, Golden Flower.  Best pho ever!  I miss my daughter terribly so loved every minute together.  We'll see them in two weeks when we'll meet them in Klamath Falls to pick Alexia up for the month of July. 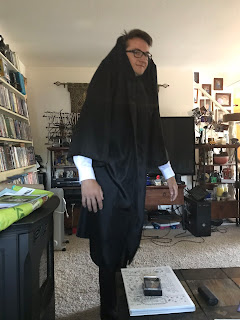 Kiernan is outrageously funny.  I told him I didn't think he had his gown on right.  He's a very lucky boy in that he's lived in the same house since he started to school. 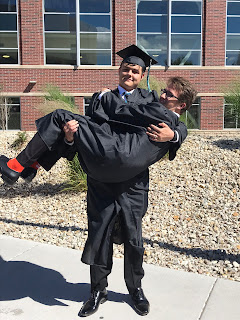 And he's had the same two friends since first grade.  This is Matthew. 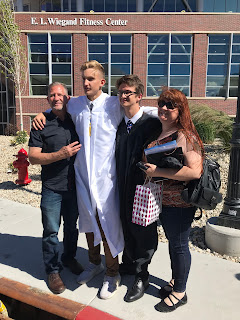 And here he is with his proud parents and Dakota, his other BFF. 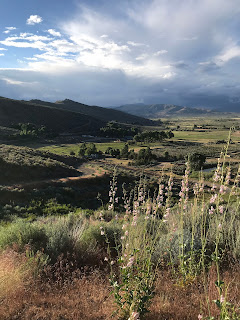 We left Reno and Kiernan's graduation party Sunday afternoon for Red Rock Valley.  Our friends Carol and Harry invited us for dinner and to spend the night.  It's big sky country for sure, so different from where we live now with about 80 less sunny days per year. 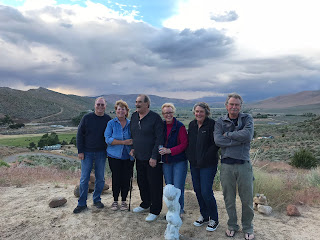 They invited Tom and Carole for dinner too and we laughed until we were exhausted.  It's the first time in my life where neighbors have become life-long friends. 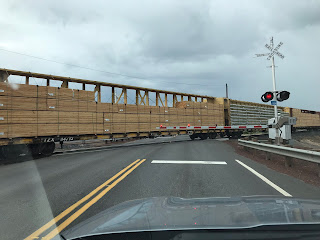 We left home Thursday and returned on Monday, an event filled four days!  Kiernan gave up his bed so we could stay with them as there are no hotels anywhere near them on the Nevada/California border.  It was a great visit - great to spend time with my daughter and grandkids and great to spent time with old friends. 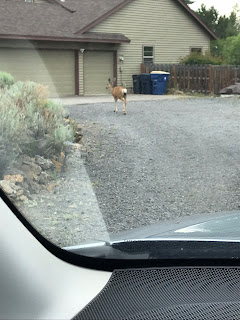 The drive was seven uneventful hours and just like that we were home again where deer saunder up the driveway and sleep in the front yard.
Posted by Sharon at 3:58 PM

Sounds like a fantastic trip, seeing family, friends, and your old home! Uneventful drives are good....