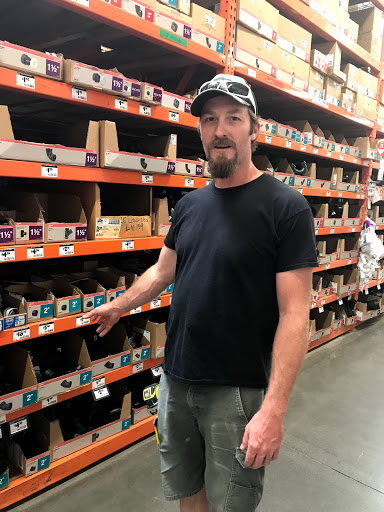 My son Matt is redoing our master bath and installing a walk-in shower.  He came to the house, picked me up and we went shopping at Home Depot for fixtures and plumbing. 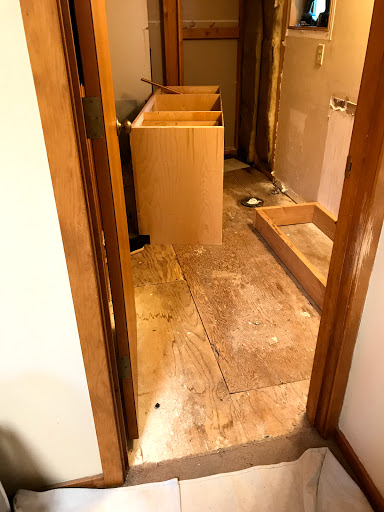 The bathroom is completely gutted and one of the changes is to elevate the bathroom counter from 30”, which means you’re bowing to the faucet, to 36”, the normal height.  The unfortunate part is that while he’s done some plumbing, he’s a tile setter by trade, and bit off more than he could chew.  We were without water in the house for most of last weekend which was in convenient but also sobering when you stop to think how much of the world lives without running water or even fresh water. 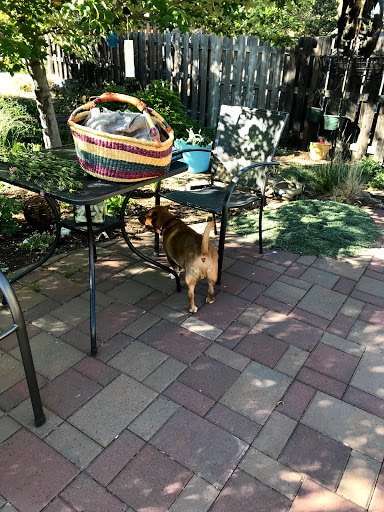 We were watching our grand dog so on top of needing to bring in bottled water to flush the toilets and to drink, we had two dogs to provide fresh water for.  Rusty is quite content to stay with us so at least that wasn’t a problem.  Our neighbor Lee came over Sunday afternoon to give Matt a hand, and also son Josh had returned by then and was also helping out.  The short of it is that even though Matt throught he could tie into our old copper plumbing, it just didn’t work.  Matt is a project supervisor for a local home construction company and so talked to one of their plumbers who told him he needs to start over with PVC, which was also Lee’s advice.  Matt wants to do it so we’ll start over  this weekend and continue using the guest bathroom in the meantime. 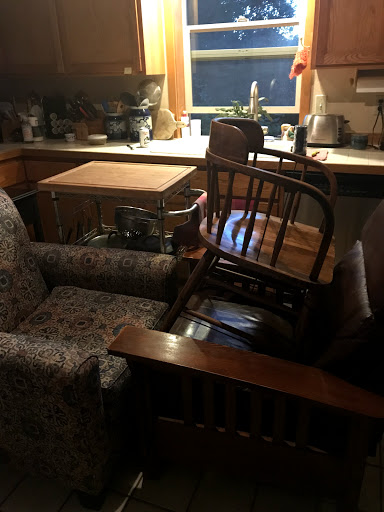 We were very happy to have water again because we had an appointment on Tuesday to have our carpets cleaned.  Furniture was piled everywhere, inside and out, which was unsettling since we had to leave it like this overnight, then vacuum the carpet before moving things back.  I learned from Sean the carpet guy that our carpets are Orlon and that’s why they’re not wearing well.  The stairs carpet is cut nylon and looks great.  His advice was to be sure we get cut nylon if we ever decide to replace these.  But first comes the bathroom! 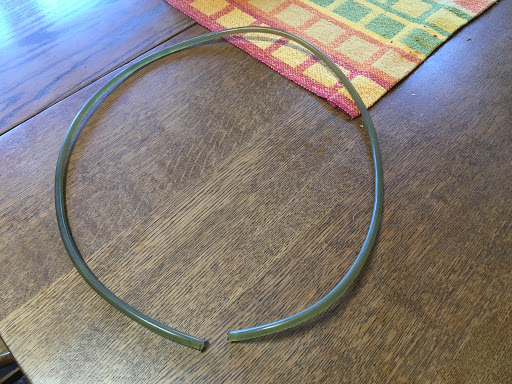 I’ve been commissioned to make a red hat for one of Josh’s FedEx truck drivers.  I want to use handspun yarn so picked out the colors i want to blend, cleared out the area around the drum carder and reached into the accessories basket to find my drive band looking like this. I’m not surprised since it’s 20 years old but it’s another inconvenience.  I asked for help on a Facebook spinning group and after several unsatisfactory phone calls explaining how to measure so that a custom band could be made, I ended up talking to Susan’s Fibers whom several people had recommended.  She has already shipped it!

So I bought two more Blogger apps just now.  The first one was bogus, came up with a Google warning stating as much.  The second one appears to be working so I’m going to go with it for now, crossing my fingers.  It takes about an hour for a single post using my laptop!  I take my photos on my iPhone and have to jump through hoops to use them in a Microsoft application, i.e., Blogger.  For now I’m back in business.

Isn't plumbing "fun"???? I'm glad that you have a workable plan now, and I'm not surprised to discover that the job was much more difficult and time-consuming than expected. I'm looking forward to seeing the "after" picture.

Hope you have the new drive band soon and are spinning away after finishing your fiber prep. My sister had to replace a nearly 30 year old drive band for her drum carder last year--obviously the original quality for both yours and hers was excellent! I had a similar experience with the footman connector pieces on my Lendrum a few months ago. They weren't 20 years old, and I should have noticed the change in color....

I also have a Lendrum and had one of my treadle connectors snap when I was at Spindle Camp. I ordered a replacement from the campsite and through my spinning for the weekend was over, but a friend suggested that I just tie it up and treadle only with one foot, like a single treadle wheel. The other lame treadle simple rose and fell as it was dragged along but I was able to spin for the feast of the retreat.

As for the plumbing, my son just left for the haradware store with my credit card. He’s optimistic that plumbing will be much easier with PVC, and once that’s done, the Sheetrock and tile will go in quickly. I want to believe that!!!!