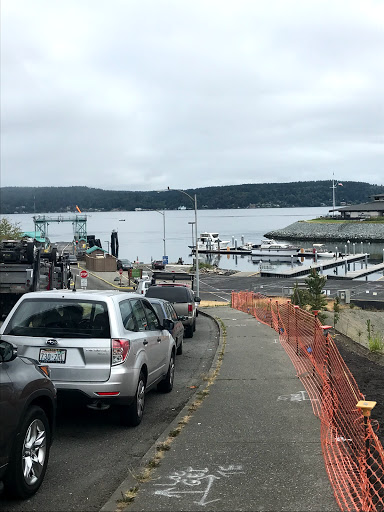 Wednesday morning we were in line early for the ferry from Tacoma to Vashon Island.

The past couple of days in Tacoma had been unseasonably warm but it was plenty brisk on the ferry. 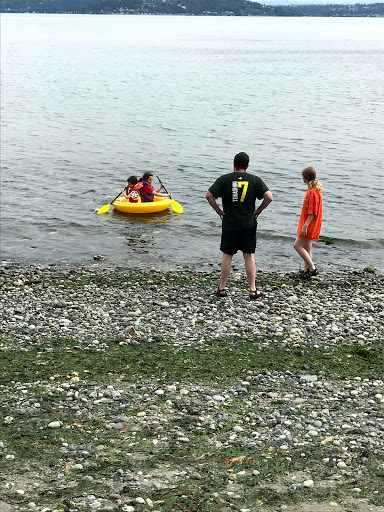 The whole family came over for the day and since the weather cooperated, it was a water play kinda day.  In spite of Lexi having responsibly slathering herself with sun screen, Ian wanted her to cover up in his orange t-shirt, plus he also he wanted to be able to keep his eye on her.  Her cousins are struggling to make the Corcle work as a two-man operation. 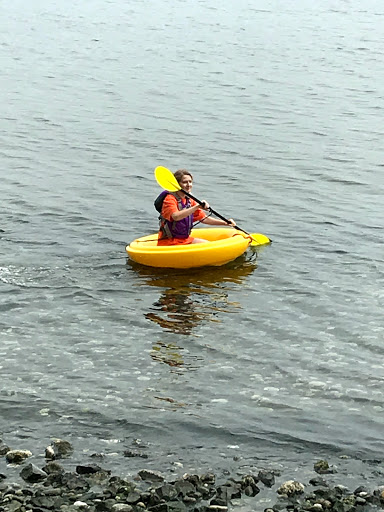 Alexia got a chance to take the Corcle out and she nailed it. 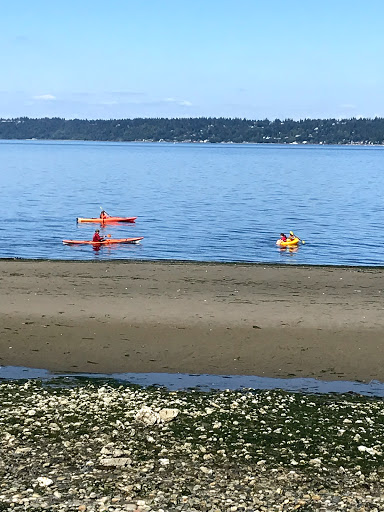 Jason decided she was ready to kayak and the next thing I knew, she nailed that too.  In fact, she kayaked until her arms were exhausted. 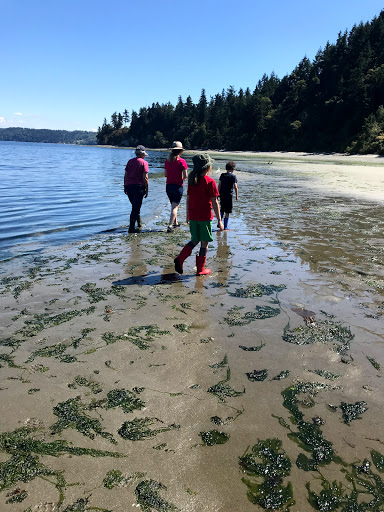 Low tide called for some scavenging. 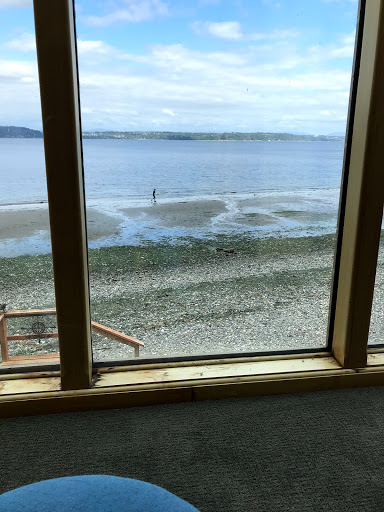 The difference between low and high tide on Puget Sound at that parallel is mind boggling.  This is low tide. 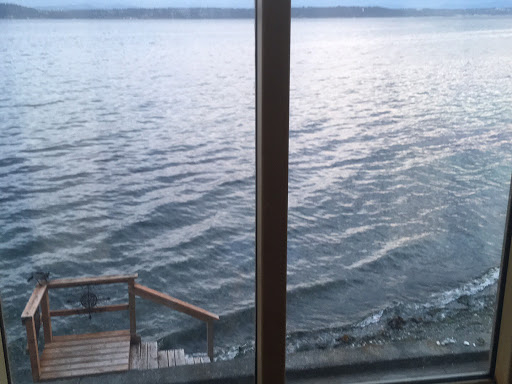 This is high tide. 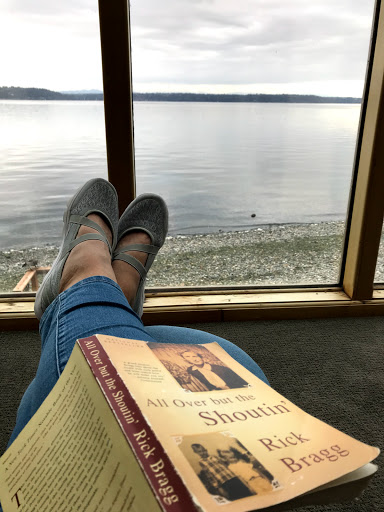 We played a rousing game of Bring Your Own Book, ate Shrimp Boil for dinner and the family caught the ferry back to Tacoma, leaving us with perfection for three more days. 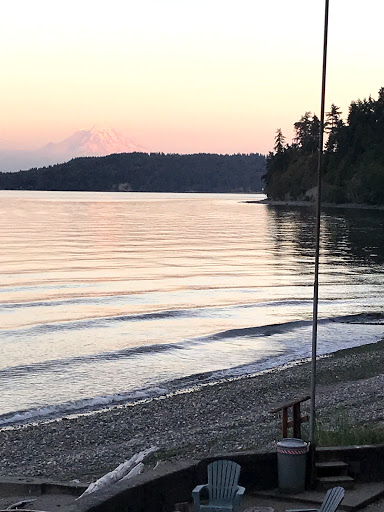 This was twilight on Puget Sound with Mt Rainer in the background. 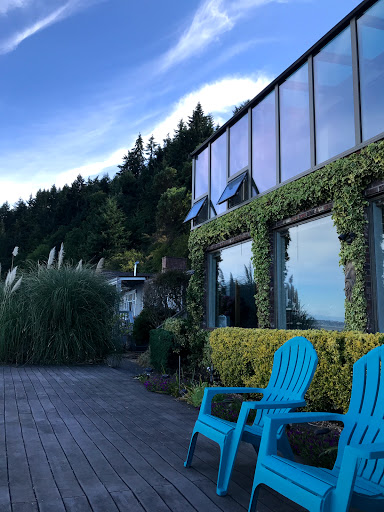 This was our last evening and I milked the twilight until I was driven indoors. 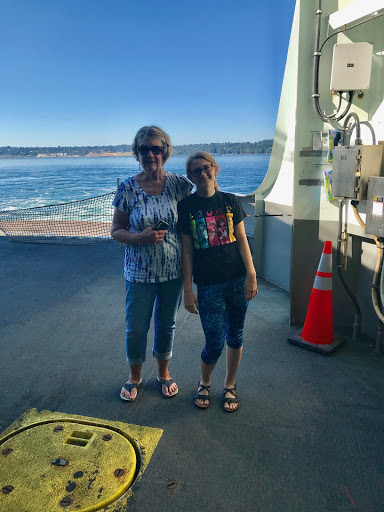 It seemed like no time at all until we were back on the ferry, headed back to Oregon. 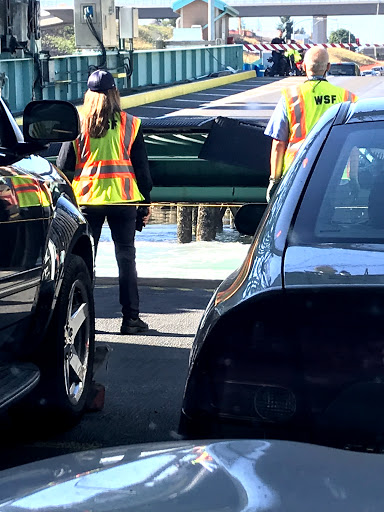 The tide that morning was super low and you can see how low by how high the ramp was compared to the ferry deck.  Alison told me that there are times when the tide is so low that the ferry simply cannot run.  People have to wait to cross until the tide comes in.  What a different world from mine.

I read that book and his other books ....we read a lot of the same books ...I have missed your book reviews, I got some good reads from you .